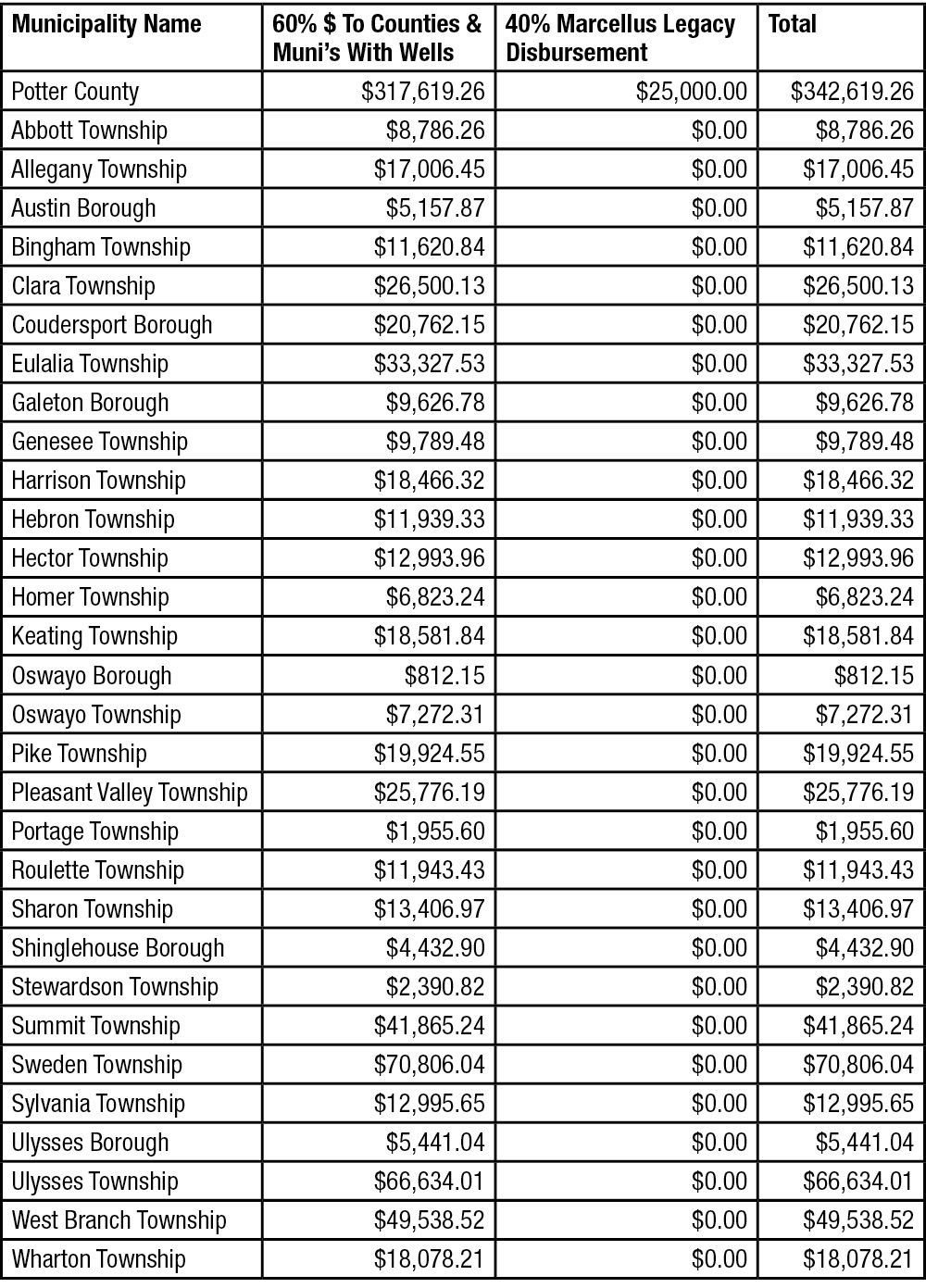 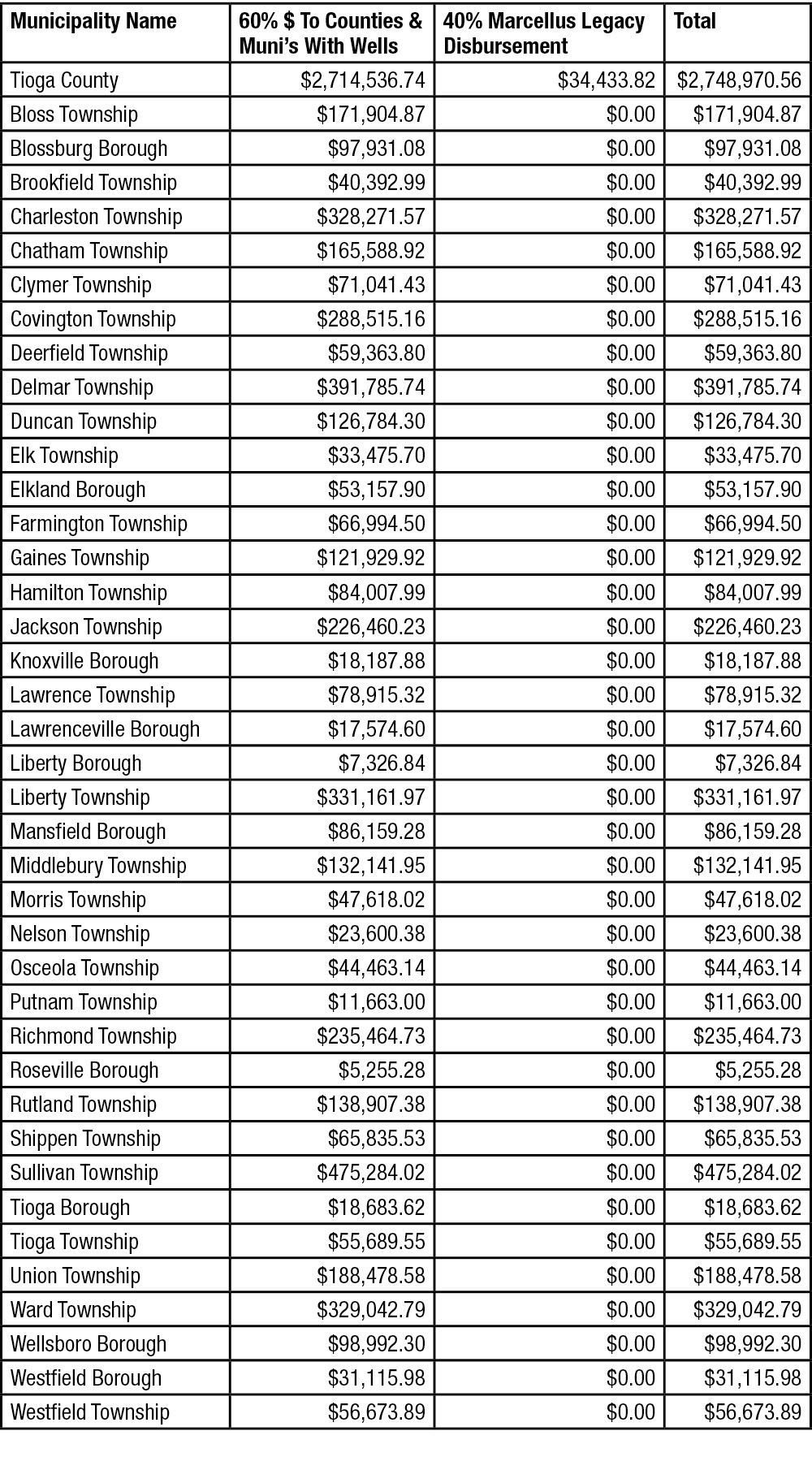 As policymakers weigh additional taxes and regulatory actions that could impact the Commonwealth’s ability to attract and sustain jobs, the impact tax structure should be recognized as a policy that ensures all Pennsylvanians share in the benefits of responsible shale development,” said Marcellus Shale Coalition president David Spigelmyer.

The included charts show a breakdown of fees distributed to each Pennsylvania county, along with municipal breakdowns for Potter and Tioga counties.

The chart with the breakdown of Tioga County is pictured to the right.

24 7 Garage Door Repair Near Me