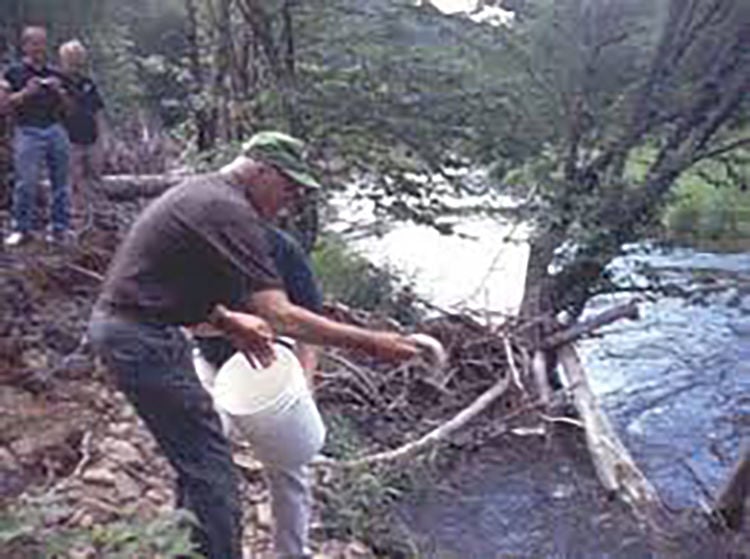 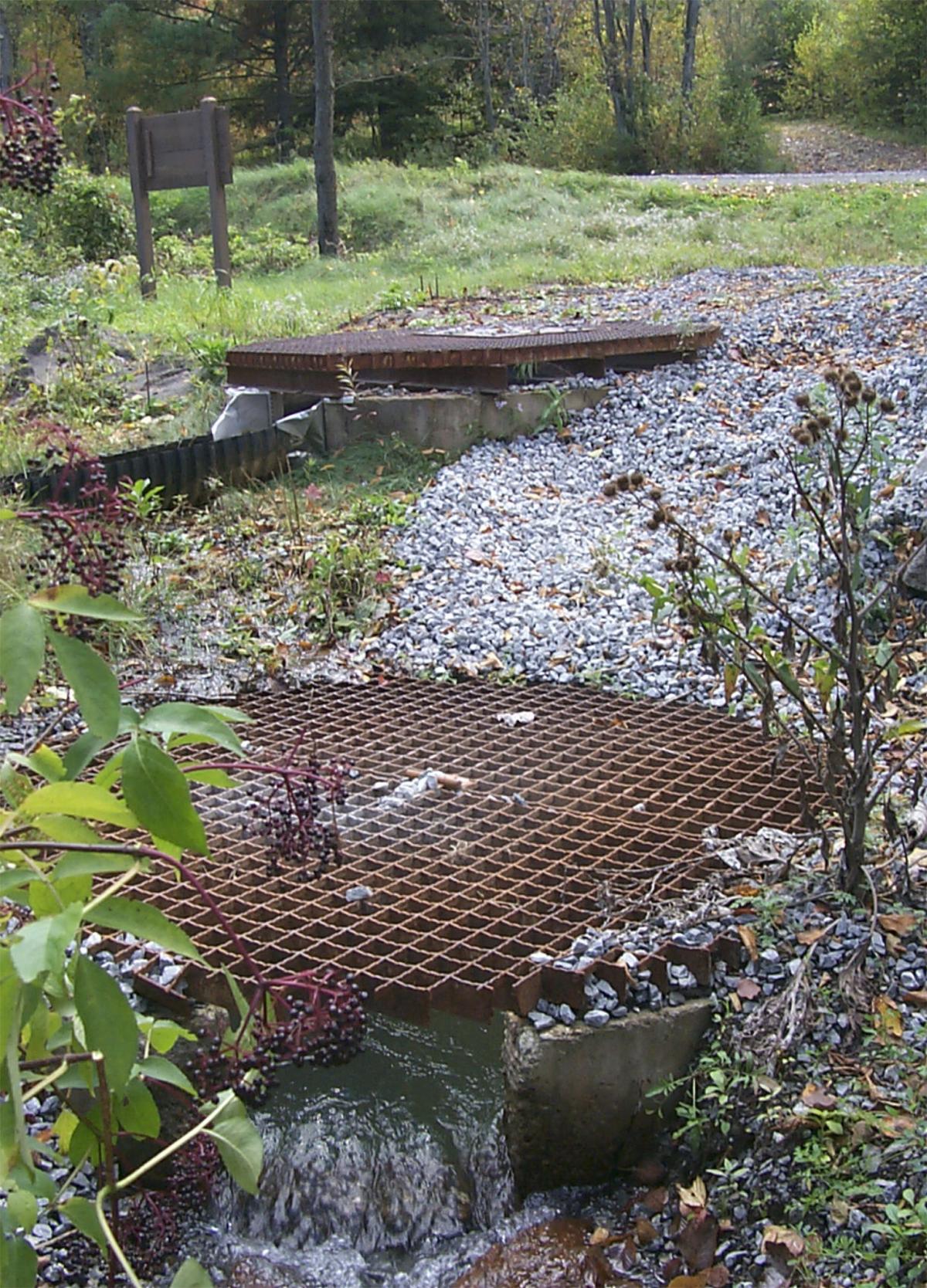 The Lick Creek diversion wells were the first built on Babb Creek’s tributaries in 1990 and 1991.

The Lick Creek diversion wells were the first built on Babb Creek’s tributaries in 1990 and 1991.

A lack of mayflies ultimately led to a lawsuit, a settlement worth potentially millions of dollars and a plan to undo more than 80 years’ worth of pollution in Babb Creek.

“Babb Creek had been polluted since early 1900s probably, when the mines were started in Antrim,” said Bill Beacom, board member of the Babb Creek Watershed Association. “But when they started strip mining in the 1980s, it made the pollution worse.”

The BCWA was formed in 1998 as a nonprofit successor to a Pennsylvania Environmental Defense Foundation committee that launched efforts to reclaim the watershed almost a decade earlier. The determination of the original committee and subsequently BCWA earned Babb Creek, once too polluted for even mayflies to hatch, the classification of a wild trout stream by the PA Fish and Boat Commission in the early 2000s.

Today, constant work is still needed to maintain the integrity of the creek and its tributaries – from flushing wells, refilling limestone gravel, replacing compost – “It’s always something,” said Beacom.

In an account of the history of Babb Creek’s reclamation, James P. Barr writes that the actions of one man “grew into an achievement without precedent in the state: the return to life of a significant stream that has been killed by the unthinking actions of previous generations.”

That man, Robert W. McCullough Jr. of Williamsport, was a retired environmental planner, a board member of the Pennsylvania Environmental Defense Foundation, a founder of the state’s council of Trout Unlimited and an avid fisherman. His favorite spots were along Pine Creek in Tioga and Lycoming counties, according to Barr’s historical account, “Restored! A History of the Reclamation of the Babb Creek Watershed from Acid Mine Drainage.”

The 21.7 mile-long Babb Creek begins just off Cherry Flats Road, Charleston Township, flowing to Blackwell, Morris Township, where it dumps into Pine Creek. Pine Creek is a tributary of the Susquehanna River, which flows into the Chesapeake Bay, meaning anything happening upstream affects the entire watershed.

It wasn’t a lack of fish that alerted McCollough to troubles on Babb Creek, but rather declining mayfly hatchings between the late 1970s and early 1980s. According to Barr, McCollough loved trout and trout love mayflies, and after a few years of spoiled fishing, he went after the source of the mayfly decline.

In 1989, McCollough took legal action against Antrim Mining Co., a strip-mining operation that the Pennsylvania Environmental Defense Foundation accused of increasing acid mine drainage on Babb Creek. Mining on Babb Creek began before the Civil War and Barr says at least six major mine complexes were within the watershed and then abandoned. Only Antrim Mining was left in the late ‘80s.

Later the same year, Antrim Mining and the Environmental Defense Foundation agreed to settle the federal lawsuit. Antrim agreed to quit mining and contribute funds to help reclaim Babb Creek – $25,000 up front and 25 cents for every ton of waste dumped at the Phoenix Resources Landfill it operated on part of the mined land. Based on approved capacity of the landfill, payments over time could total more than $4 million, according to Barr, who along with McCollough, was appointed a director of the fund.

Using the settlement funding, McCollough and Barr enlisted experts in acid mine drainage abatement, aquatic ecology, forestry and engineering. The following projects took shape over several years, many of which are still being used today to keep Babb Creek and its tributaries in tip-top shape.

Diversion wells use limestone, an extremely high alkaline agent, to neutralize acidity in a water source. According to Barr’s writing, most of the limestone diversion wells built on the watershed are concrete cylinders six feet in diameter that use eight-inch pipes to divert water from upstream dams into the wells.

“They’re filled with finer, smaller limestone gravel,” said Beacom. “It’s churned up (using hydraulics), breaks off into the water and goes downstream. They’re very high maintenance; they have to be filled with limestone every week.”

The first diversion wells on Babb Creek were constructed in 1990 with the help from more than 40 volunteers from cooperating nonprofits and state agencies. Beacom said today, regular well maintenance is handled by one full-time employee and one part-timer hired by BCWA.

Over the years, wells have been constructed at:

• Lick Creek – The watershed’s first two diversion wells were built next to each other at the headwaters tributary in 1990.

• Lick Creek – A smaller diversion well to treat discharge from the Klondike Mine was built ½ mile from the original two wells in 1994.

• Red Run – Two wells were constructed in 1995 on the small tributary of Lick Creek. A new nozzle design and smaller gravel broke down limestone at more than twice the rate of the original wells, at more than 2,000 pounds per week, writes Barr. The pH was raised from 4.2 to 6.5-7.

Barr calls the construction of the first Antrim Treatment Plant in 1991, “one of the biggest steps forward in the reclamation of Babb Creek.”

As part of the lawsuit settlement, Antrim Mining built a lime dosing system that treated nearly 50% of the acid load flowing down Wilson Creek above Morris into Babb Creek.

Barr said, “The treatment had almost an immediate effect on Pine Creek. Within two years after the system began operating, mayfly hatches began increasing markedly in the creek downstream from Blackwell.”

When Antrim Mining Co. dissolved around 1999, according to Barr, it deeded the $2 million plant and 100 acres of land to the state, which made an agreement for BCWA to take over management.

However, even with those systems, Beacom said, “Wilson Creek used to be orange until the early 2000s from all the iron coming out of the Antrim Mine.”

Using a grant from the state’s Comprehensive Mine Reclamation Strategy, a combination treatment system was built in 1996 about a mile upstream from the two original diversion wells on Lick Creek.

According to Barr, the Successive Alkalinity-Producing System (SAPS) is “an artificial wetlands combined with an underground anoxic limestone drain,” used to treat the largest source of the acid drainage above the wells. The first system was reported as extremely successful, raising the discharge pH from 3.5 to 7.

A second SAPS system was built in 1997 to further treat the Klondike Mine discharge.

In 2000, two large systems were built to treat discharge from the Bear Run mine complex, the last remaining on Babb Creek upstream of Morris. According to Barr, “Bringing them under treatment eliminated acid mine drainage impacts on more than 10 miles of the creek between Arnot and Morris.”

Another SAPS system completed in 2001 treated discharge from the Arnot mine complex that ran into a pond feeding both the Babb Creek headwaters and Johnson Creek, a tributary to Tioga River. By 2004, Barr says more than seven acres of SAPS ponds, sediment basins and constructed wetlands, along with diversion wells, were constructed to treat the Anna A mine complex, west of Route 287 between Morris and Wellsboro.

A new technology was attempted in the early 2000s – injecting limestone sand into underground limestone tunnels in attempts to treat acid drainage before it reached the surface. The system treated approximately 60 acres of the Rattler Run mine system on state game lands. Part of this reclamation resulted in more than 75 acres of new grasslands for wildlife, completed in 2003.

“After more than a decade of work and the investment of well over $10 million from dozens of sources, the program begun so naively and hopefully in early 1990 will have reached its ultimate, seemingly unreachable goal: All acid mine drainage discharges in the watershed will be under treatment, virtually eliminating acid mine drainage impacts on Babb Creek and Pine Creek,” wrote Barr in 2004.

Beacom says the watershed is virtually unrecognizable now compared to the late 1980s and earlier. Mayflies are hatching again in abundance, trout are regularly stocked and in 2006, the PA Fish and Boat Commission reclassified a section of Babb Creek from Long Run to Lick Creek as a wild trout stream. According to Wellsboro Gazette archives, the classification means that portion of the stream supports naturally reproducing populations of trout.

Beacom said while all treatment systems and thus the technical reclamation of Babb Creek were completed in 2004, the Watershed Association continues to maintain the valuable waters that are home to an abundance of wildlife, including the trout and mayflies.