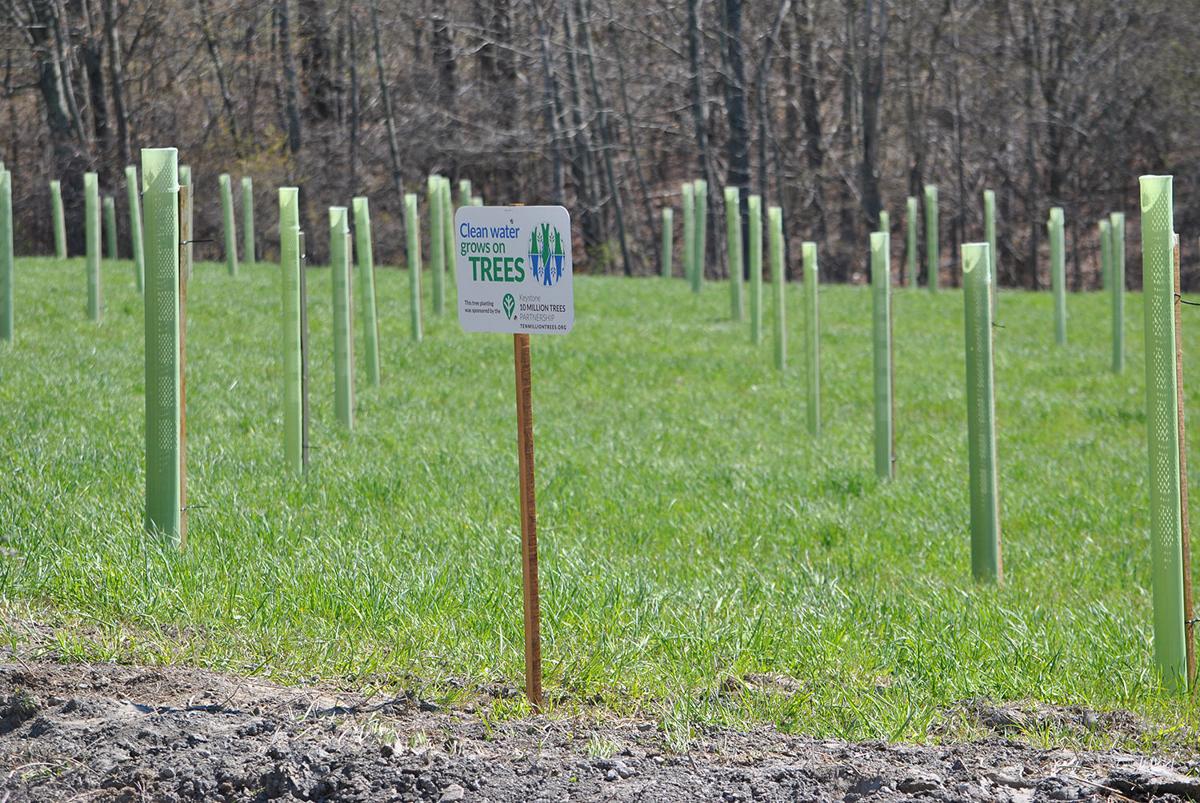 The Plant 10 Million Trees Partnership, part of the Chesapeake Bay Foundation, promotes planting trees as a means to cleaner water. 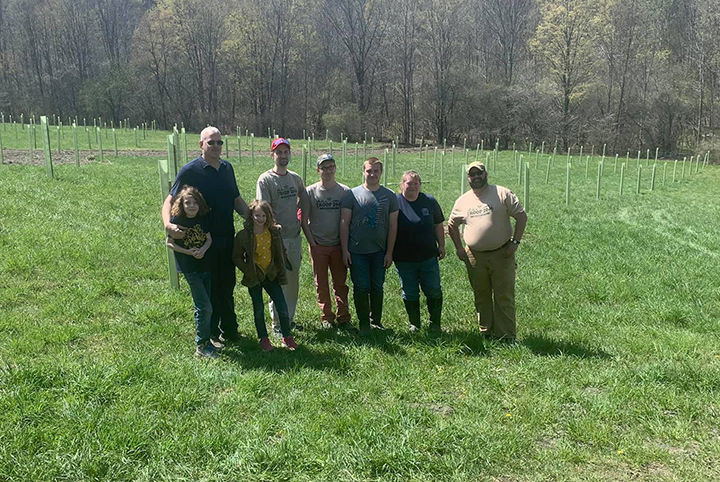 Boy Scout Troop #2046 from Middlebury Center planted hundreds of trees at Butler Hill Maple Farm in Knoxville this past weekend. 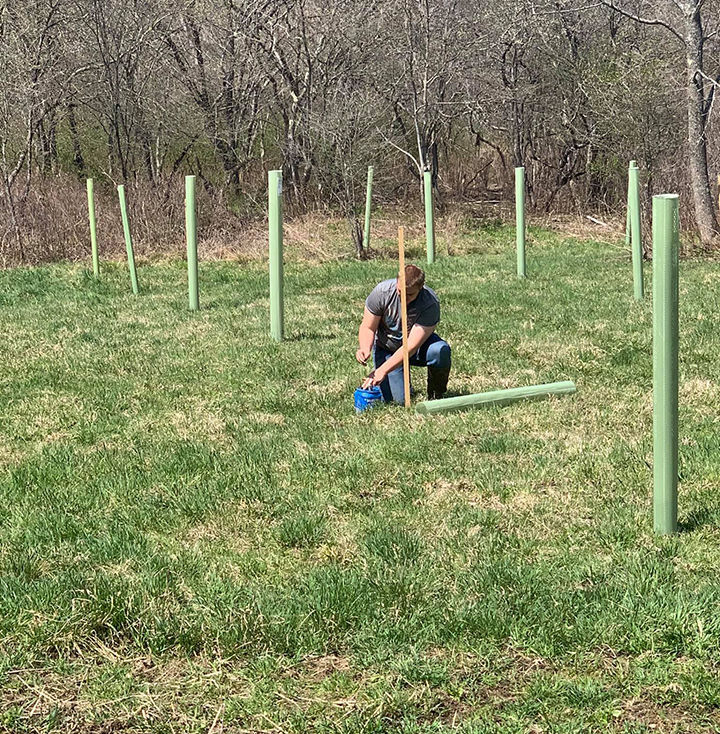 A Scout from Troop #2046 from Middlebury Center plants a maple sapling at Butler Hill Maple Farm in Knoxville this past weekend.

The Plant 10 Million Trees Partnership, part of the Chesapeake Bay Foundation, promotes planting trees as a means to cleaner water.

Boy Scout Troop #2046 from Middlebury Center planted hundreds of trees at Butler Hill Maple Farm in Knoxville this past weekend.

A Scout from Troop #2046 from Middlebury Center plants a maple sapling at Butler Hill Maple Farm in Knoxville this past weekend.

In a field off a dirt road in the hills of Knoxville, 850 green stakes are lined like soldiers in perfect rows. A closer look reveals each one is supporting a tiny maple sapling, protecting it and giving it a chance to thrive.

“We cut down trees and burnt firewood all my life, so I figure this is my small way of giving back,” said Corrie Bacon, owner of Butler Hill Maple Farm and an Army veteran who grew up down the road from his land boasting the new saplings.

Bacon’s venture gave back to more than the environment. After seeing a Facebook post that Boy Scout Troop #2046 from Middlebury Center was looking to complete odd jobs to raise money for a trip to Louisiana, Bacon “hired” them to plant the trees.

“I had planned on planting trees anyway, but thought this would be a perfect way to help them raise some money,” said Bacon, adding that what would have taken him days to complete himself, the Scouts finished in about five hours last Saturday.

In addition to the Scouts, the planting involved collaboration by several different organizations.

Bacon learned about the Plant 10 Million Trees Partnership through the PA Veteran Farming Project, a network for veterans/military who farm or operate agribusinesses. The Partnership, part of the Chesapeake Bay Foundation, is aiming to plant 10 million trees in Pennsylvania by the end of 2025.

The Tioga County Conservation District helped Bacon plot the location of the trees and ordered them through 10 Million Trees.

“Butler Hill Maple Farm has joined forces with 35 other partner organizations, and together we will plant 10 million trees in Pennsylvania by 2025,” Bacon posted on Facebook. “Roughly 19,000 miles of rivers and streams in Pennsylvania are damaged by pollution. But we can fix that with trees. Trees filter water, stabilize river banks, lower the temperature of the rivers and streams creating better habitat, and the list goes on. In short, clean water grows on trees.”

Taking a break from installing nearly 1,500 new taps on existing maple trees on Monday, Bacon surveyed the new saplings in a field next to his sugar shack.

“I was in the Army, so they had to be in perfect rows,” he said with a laugh. “Maple trees take 30 years to grow to where they can be tapped. So, I’m never going to see these trees make it there, but someone down the line will.”

Bacon retired in May 2019 after 31 years in the Army, including tours in Somalia and Afghanistan. His wife is still in active duty with the Army Reserves based in Pittsburgh; where Bacon splits his time with Knoxville. He said starting the maple business after retirement was an easy choice, since his family used to tap some of the same trees he does now.

“One of my favorite parts of the Army was working with and training other soldiers,” he said. “Now, that I’m retired, I tend to mentor people in the maple business, people just starting out, people just wanting to tap a few trees in their backyards.”

This season, Butler Hill Maple Farm produced 440 gallons of syrup, which Bacon sells along with maple sugar, cream, rub and seasoning mix and several other products at farmer’s markets and events around the state. Orders can also be placed at www.butlerhillmaplefarm.com.

Meanwhile, Boy Scout Troop 2046 is still looking for projects to raise money for a 61.6-mile canoe trip at the Boy Scouts of America Swamp Base in Louisiana. The trip costs about $1,000 per participant. To offer the troop odd jobs in exchange for a donation, contact Scout Master Tom Perry through Facebook at www.facebook.com/pkpzx93.