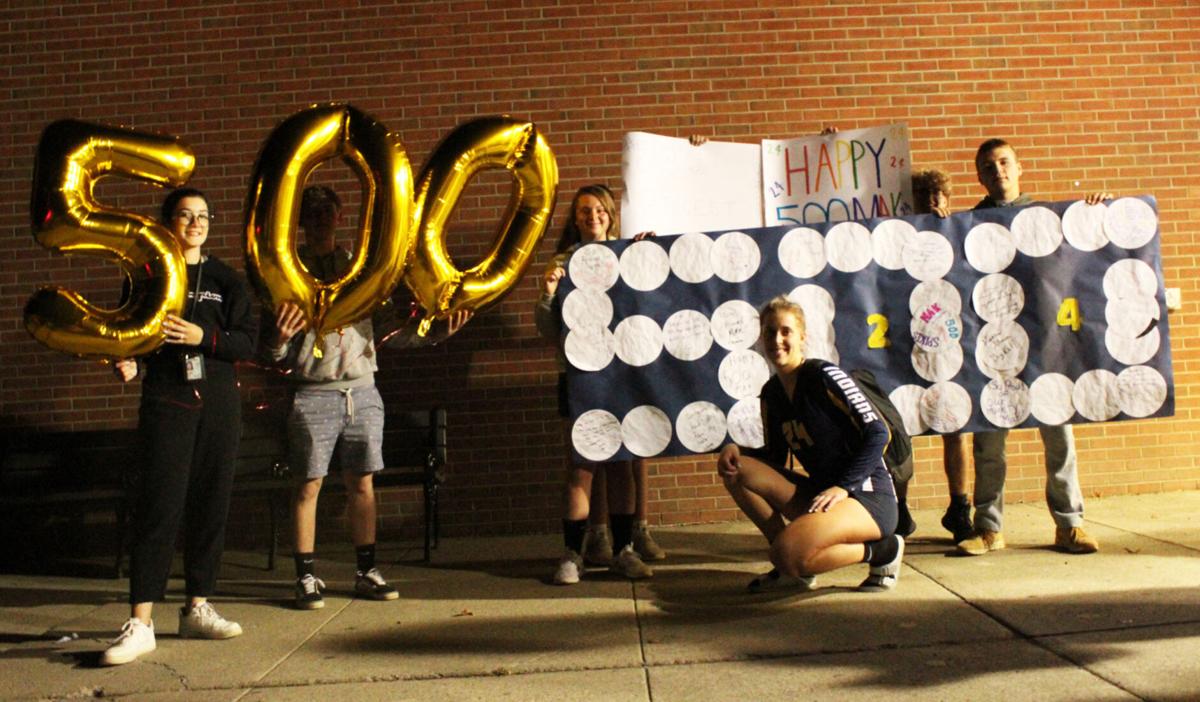 Friends and family of Makayla Vargeson wait outside to congratulate her on reaching 500 career kills on Tuesday, Sept. 22. 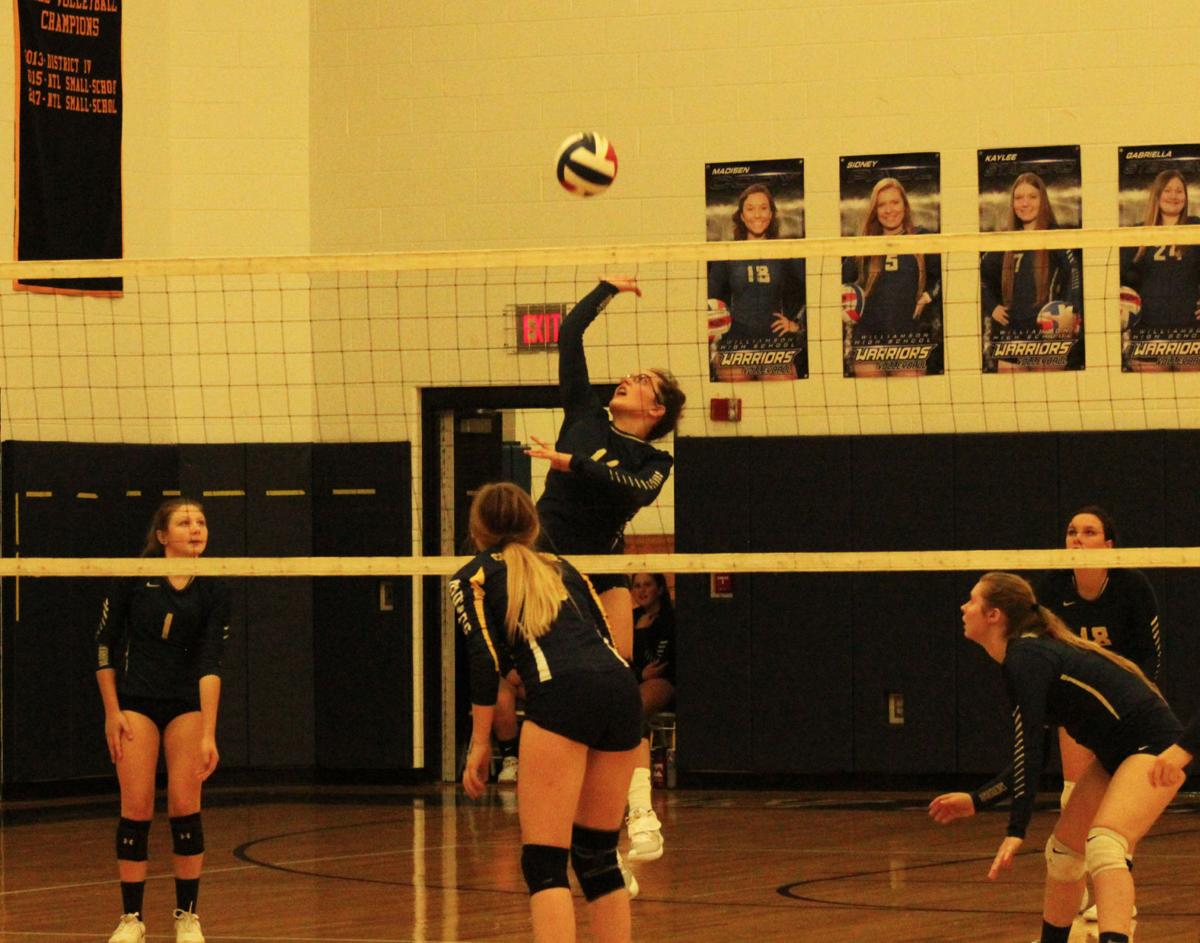 Cowanesque Valley Indians Makayala Vargeson tracks down the ball at the net on her way to 500 career kills and the Indians first win of the season on Tuesday, Sept. 22.

Friends and family of Makayla Vargeson wait outside to congratulate her on reaching 500 career kills on Tuesday, Sept. 22.

Cowanesque Valley Indians Makayala Vargeson tracks down the ball at the net on her way to 500 career kills and the Indians first win of the season on Tuesday, Sept. 22.

TIOGA -- Cowanesque Valley Lady Indians volleyball team notched their first win of the season on the road Tuesday night against Williamson. The Lady Indians fought a back and forth battle with the Lady Warriors on their way to a 3-0 victory.

After trading points through much of the first set, Cowanesque Valley pulled ahead late to win the first set 25-21. Williamson kept the pressure on the Lady Indians throughout the second set and nearly came away with a set victory to even the score.

But, Cowanesque Valley rallied late to earn a two-point victory and take a commanding 2-0 lead. The Lady Indians finished the evening with a 25-21 win in the third set to claim their first win of the season. But, the big story of the evening came midway through the second set, when Cowanesque Valley senior Makayla Vargeson earned her 500th kill.

With attendance restrictions due to COVID-19, Vargeson’s milestone kill lacked the in-game pomp and circumstance usually displayed for such feats. Yet, following the victory, Vargeson was greeted by friends and family outside with banners and congratulations on her accomplishment.

“I was really excited and a little nervous because I knew how close I was,” Vargeson said on her thoughts going into the game.

Vargeson’s kill came at a pivotal point in the second set. As the Lady Indians were trailing Williamson, Vargeson’s 500th kill helped to rally her team on their way to a 29-27 second set victory.

“We were down, so I just wanted to play and get back up,” Vargeson said.

After maintaining her composure through the game, Vargeson displayed heartfelt emotion as she celebrated her accomplishment with friends and family.

“I am so happy I was not expecting all this before time,” Vargeson said. Vargeson hopes Tuesday night’s victory motivates the team and that they can win some more games.

“We are super happy for her. She’s put a lot of work into it and played a lot of volleyball. Pretty much she has done it on her own because we don’t know anything about volleyball so I’m really proud of her,” Makayla’s father, Mike Vargeson said.

Makayla’s mother, Heidi, mentioned how glad she was that the team could have a season, despite the restrictions and Makayla was able to achieve this goal.

The Lady Indians are scheduled to return to action at home Thursday night against Troy.