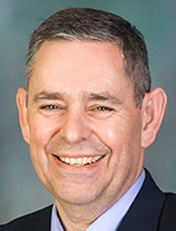 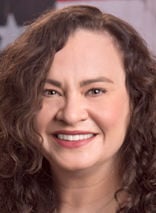 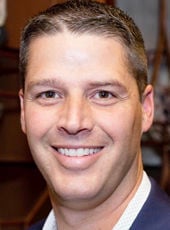 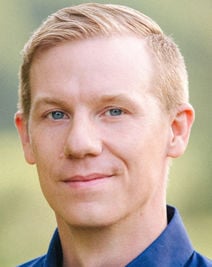 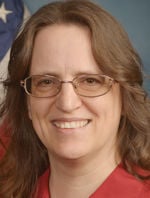 Key messages and priorities of my campaign are listening to my constituents and taking their voice to Harrisburg as well as government transparency and fiscal responsibility being important.

The very first priority is making the business climate friendly in our region so that we can start getting our people back and our jobs back so that people can earn a living that will pay for them to stay here.

For the past six years I have taken my police and investigative background to Harrisburg and uncovered 34 billion dollars in unauthorized spending by the governor as well as discovered 118 hidden special funds that most of the folks in the legislature were unaware of.

I have had over 30 years combined with the state and federal government. I have seen the waste and abuse and I am doing my best to uncover it and fix it in the state legislature.

While safe guarding the legislative authority, the executive and judiciary I want to bring transparency to the way the state operates and the money that we are using that we are taking from a people and we are destroying integrity to service in the government.

Business policies and practices over the last few decades have strained our local economies and hurt small businesses, farms, and hospitals. We often feel overtaxed and under-served.

I will fight to close the skills gap and build a well-trained workforce, reduce blight and broken infrastructure, advocate for affordable broadband internet access for all and demand a more equitable and well-funded local healthcare system.

I will work to increase support for district schools, lobby for legislation to protect workers and their families and ensure a living wage with affordable benefits, provide access to reasonably priced living accommodations, and increase the availability of workforce training that would meet the needs of businesses and increase economic stability of our residents.

As the daughter of a bipartisan family, I knows it’s not about political parties, it’s about shared values. Born in Potter County, raised in McKean County, and currently living in Elk County, I have worked as a public school teacher, communications instructor at Pitt Bradford, a broadcast journalist, a volunteer, and a city councilwoman.

We need to nurture talent pools within the educational system. I will work to fund scholarships to schools and programs for workers to receive the kind of training that companies need in their talent pool.

We need to expand healthcare to our community’s families through physical locations as well as provide a comprehensive range of healthcare services using the latest technology and treatments available, such as telemedicine. It’s good for the economy and will create jobs.

I will fight for funding for our districts’ projects and initiatives through state and federal programs that will create thousands of new jobs, improve local water and sewer systems, increase school readiness, expand access to health care, assist local communities with strategic planning and provide technical and managerial assistance to emerging businesses.

My goal is to make sure that we have a solid voice and a seat at the table when policy is being made that impacts our area differently than the southern half of the state.

I will continue to listen to the community and the specific needs that must be addressed in Harrisburg. I have been and will continue to take on the issues that affect our district. Such as reducing the one size fits all approach to government, and pushing back on government intrusion in our lives.

I’ll also make sure that I’m a safeguard to your second amendment rights. Civil, hardworking, and servant leadership will continue to be the fuel that drives the work that our office provides the community.

Having been given the opportunity and privilege to serve as your Representative the past two plus years, I not only have the experience, but I have built the relationships that are needed to make sure our district has a solid voice and seat at the table.

I grew up on a dairy farm right here in Tioga County and my recent small business experience brings the commonsense and can-do attitude needed in Harrisburg.

One of the things that I have learned by being your Representative, is that while it is good to have goals, it is also necessary to realize the importance of taking on whatever issue a constituent brings our way.

Sometimes, it might be as simple as a birth certificate or driver’s license issue, or complex like Rural Broadband and creating agricultural opportunities for the next generation. We will always be there supporting our Veterans, first responders, economic recovery, responsible gas exploration, and making sure that our schools have someone fighting for fair funding.

Please know that we will always do our best to take on the issue, large or small.

My name is Noyes J. Lawton and I am the Libertarian candidate for State Representative for the 68th district. I am running for office because our district has been very limited in choices when it comes to the state representative position.

I wanted to offer the district a person and party who believes in limiting government in our lives and protecting our personal liberties. I seek to bring communication between the parties rather than the division we have seen in our country.

I have served our country in the United States Marine Corps, have a Bachelor’s degree in Community Development and a Masters Degree in Christian Studies. I have worked in the trade industries for the state, myself and gas and oil industry. I worked in the safety industry as a trainer with gas and oil companies.

The three key messages of my campaign are allowing the American people to define their government, and not having government define them; making sure rural Pennsylvania, including our farmers, small businesses, and workers, are represented in Congress; and always putting the interests of America and Americans first.

While I grew up poor, I refused to let others define me or label me “at-risk” or “disadvantaged.” Through hard work and education, I rose from working in a factory to running a $50 million-dollar-a-year manufacturing business.

While working my way up through the ranks at Conestoga Wood Specialties, I also started and ran a small business in residential property management and construction.

Thanks to this great country, I was able to rise from very humble beginnings to serve the people of Pennsylvania the General Assembly and now in Congress. I’m running to ensure others have this same freedom to succeed or fail.

The top issues I would continue to address if re-elected to Congress include creating an environment in which businesses can grow, create jobs and hire workers through policies like lower taxes and less regulations; supporting our farmers through better trade deals and creating access to new markets and expanding broadband into rural communities for tele-health, e-commerce, and education.

I’m a first time candidate and I will bring an outsider’s perspective to Congress.

As an Eagle Scout, I believe in service to our community, and service will be my guiding principle while in office.

I will hold town hall meetings in all 15 counties of the district to be accessible to everyone in the district and hear directly from you. I will work to bridge the partisan divide by working with representatives from all parties on issues that affect us all, like expanding rural broadband.

I have a deep family tradition in agriculture and my first job was on a farm, so supporting our local family farms will be a top priority for me.

After graduating from the Honors College at Indiana University of Pennsylvania, I taught English in Taiwan and changed water meters for a utility company before entering the logistics industry.

I started as a floor supervisor eight years ago and worked my way up to run a national network of warehouses for online retail. I’m responsible for a multi-million dollar budget and hundreds of employees who inspire me with their hard work every day.

My top three priorities in office will be COVID recovery, fixing our healthcare system and tackling climate change. The chairman of the Federal Reserve has said that we need another stimulus to avoid a deeper recession and prevent hard working American families from falling into further hardship.

Our current representative voted against the HEROES Act, which would have provided much-needed relief to our communities. In the middle of a health crisis, politicians are trying to take away healthcare by attacking the ACA.

We need to expand affordable coverage, lower the costs of medication and ensure that rural medical facilities are open and accessible to all. We also need to tackle climate change to avoid passing the worst effects on to our children and grandchildren.

I started this campaign because I was fed up with the partisan bickering, the political games and the posturing that divide us, keeping us from moving forwards.

The main focus of my campaign is engaging people in discussions about issues. We need to bring as many people as possible into political conversations. Too often we listen to the same people on an issue and we find solutions that only work for some of us.

To engage in more people, I support Congressional term limits. Term limits would not only help to prevent individuals from accumulating personal power over years in Washington, but would bring opportunities for new, more diverse voices, to Congress.

To engage more people, we also need to break down barriers to participation, such as wide-ranging packages of legislation. Both the Democrats and Republicans said they were trying to do something and that the other side was obstructing.

It was difficult to engage people in meaningful conversation on either party’s proposal because there was so much in them. To address this, I propose single-issue legislation. If we are going to ask people to engage on an issue, it needs to be clear what the issue is.

If elected, I would work to return the power from the politicians in Washington back to the people. I would strive to provide a voice to all people.

I feel that the role of government should be limited to protecting our civil liberties, health and safety. In that spirit, I would work to reduce the interference of government in the everyday lives of the people of the District.