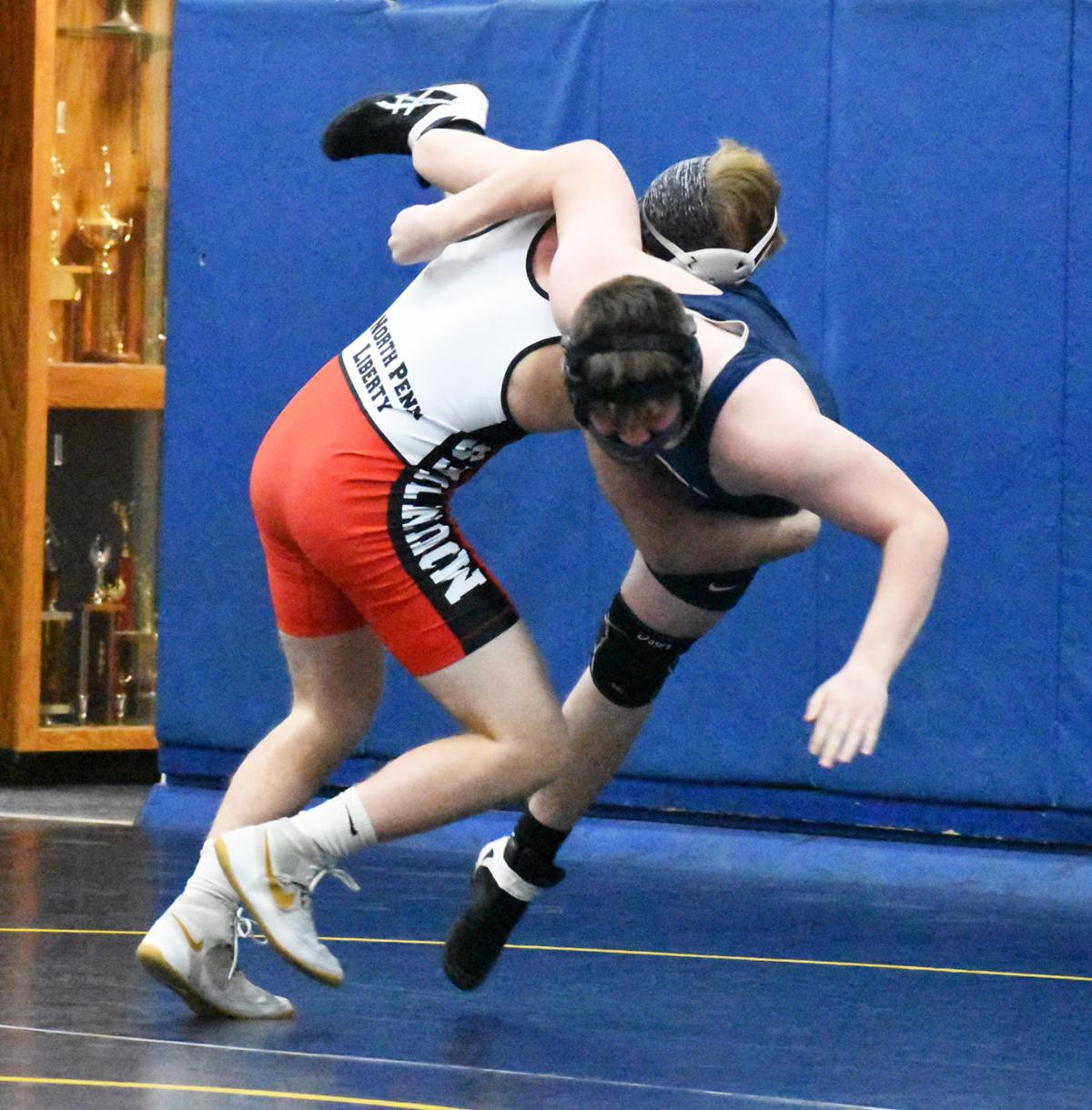 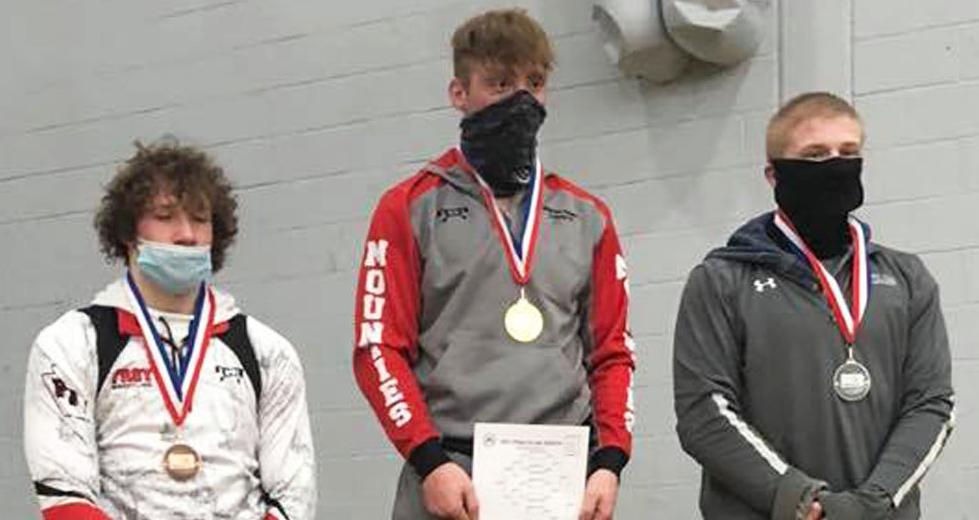 Liberty’s Kohen Lehman stands atop of the podium after winning a Sectional Title on Saturday, Feb. 13. 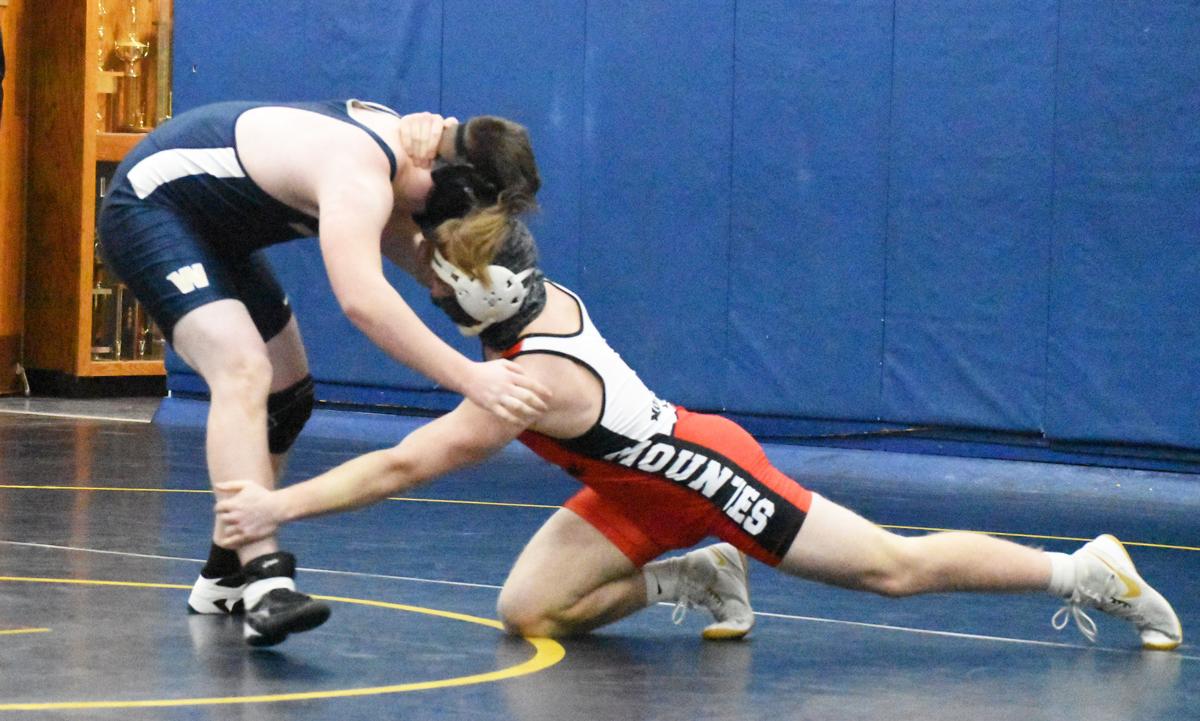 Kohen Lehman takes on Mikey Sipps earlier in the 2021 season. 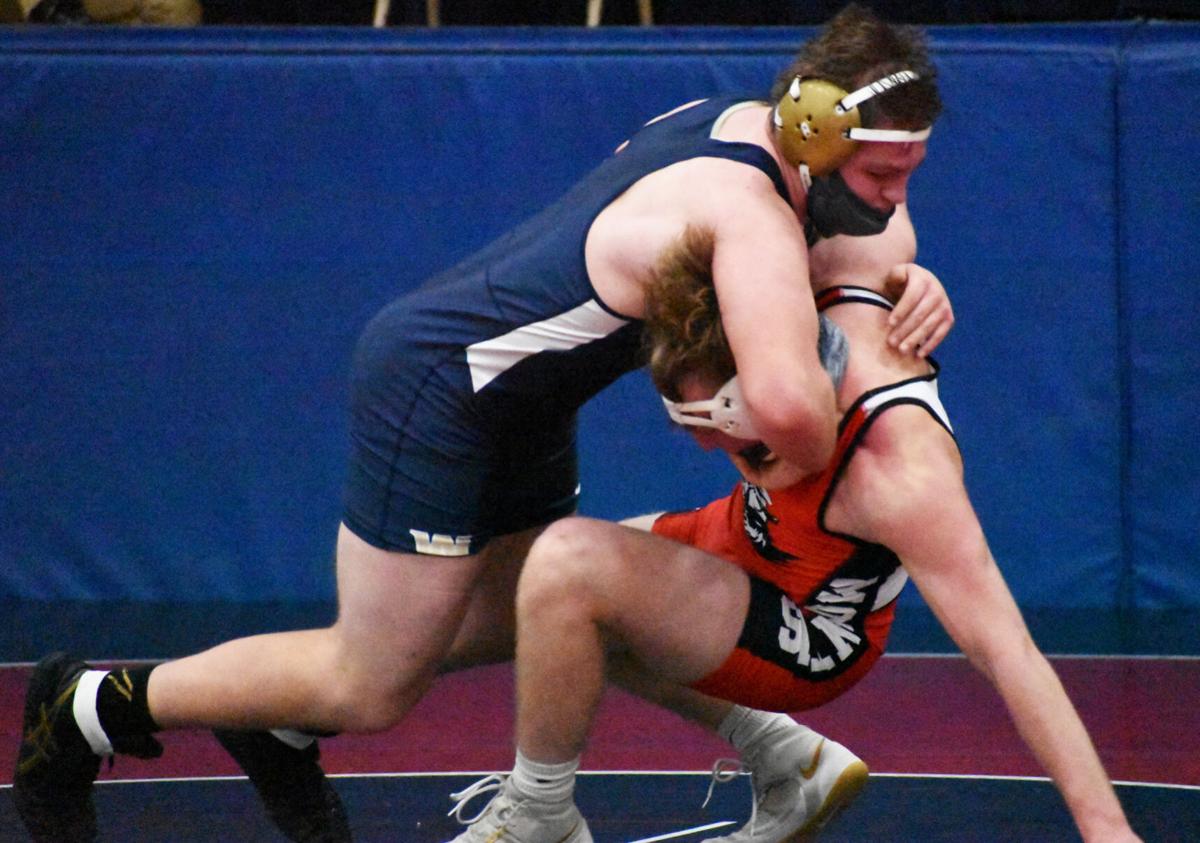 Liberty’s Kohen Lehman stands atop of the podium after winning a Sectional Title on Saturday, Feb. 13.

Kohen Lehman takes on Mikey Sipps earlier in the 2021 season.

Sophomore North Penn-Liberty Mounties wrestler Kohen Lehman shattered expectations in the 2021 wrestling season as he continued to push the limits to what was possible to achieve for such a young wrestler.

For his incredible season, finishing with a 17-8 record and securing spot in the Super Regionals Tournament, Lehman has been named the 2021 Tioga Publishing Wrestler of the Year.

“This means a lot to me, especially being from a small town,” Lehman said on winning the award. “With being a small program, being recognized as a good wrestler in a small town means a lot.”

“As the season progressed and he was competing well, our goals kept increasing,” NP-Liberty Head Wrestling Coach Craig Pequinot said. “He would beat somebody and we would be like, ‘Oh wow our goal needs to be to place at districts.’”

The goals kept shifting as Lehman proved to be able to compete with the best of the best.

“I think the turning point for me was just being able to be on the mat again,” Lehman said. “Knowing that I’ll be able to compete for the whole season. When we finished Sectionals and went to Districts I knew then and there, I would be able to compete with the top wrestlers in the state.”

During the District Playoffs, after not only competing but beating some of the best wrestlers in not only District 4 but the entire state, it became clear that Lehman was a top-tier wrestler.

“He beat Caden Hagerman from Danville, and after he was beating Springman from Montgomery and he was up by five and it went to overtime and he lost,” Pegquinot said. “That was the turning point where we were like there were some really good opportunities and our expectations changed. When we wrestled Springman, he was ranked fourth or fifth in the region. Then he was ranked 20th in the state, and that’s when we realized.”

His match with Springman was a culmination of a lot of hard work for the freshman, and the preparation that Lehman took into the offseason in 2019 led him to be able to compete at such a high level.

“I think the most important thing is believing in yourself and just having the right mindset that you can do it,” Lehman said. “In the offseason, I focused on getting stronger and leaner and working on my technique.”

Lehman has been taking the league by storm from the 172-pound bracket, and with a large number of the top wrestlers set to graduate it could be his chance in the upcoming season to capture a State Medal.

He competed in the 189-pound bracket in the previous year, but with cutting back to 172 he added a lot of speed to his game to get himself where he is now.

“He should be ranked somewhere in the top 10,” Pequignot said about where Lehman will rank heading into next season. “We have to focus on a couple of key positions he needs to improve, we need to get a couple more offensive attacks and go-to shots and keep developing the technique, keep growing mentally and keep getting stronger.”