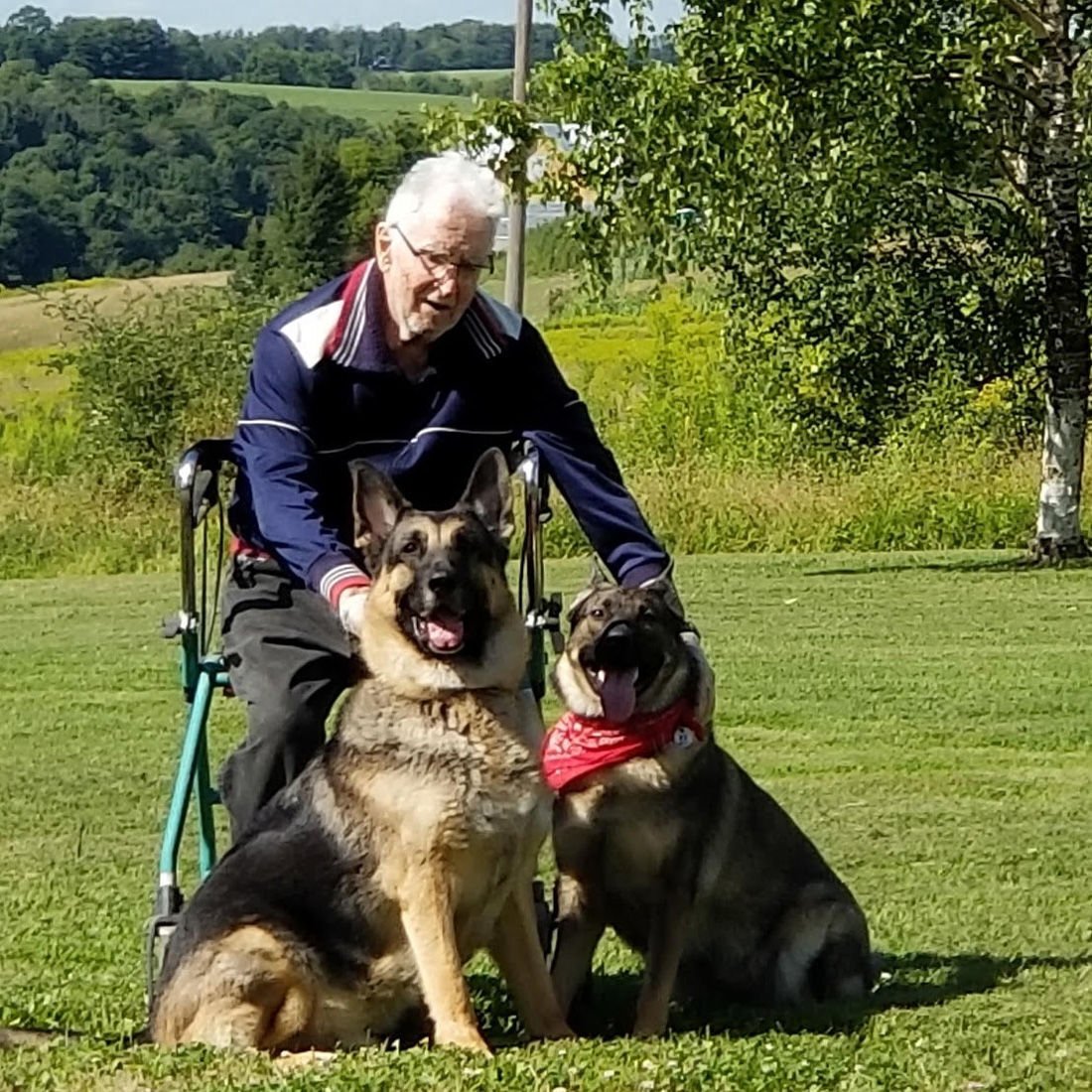 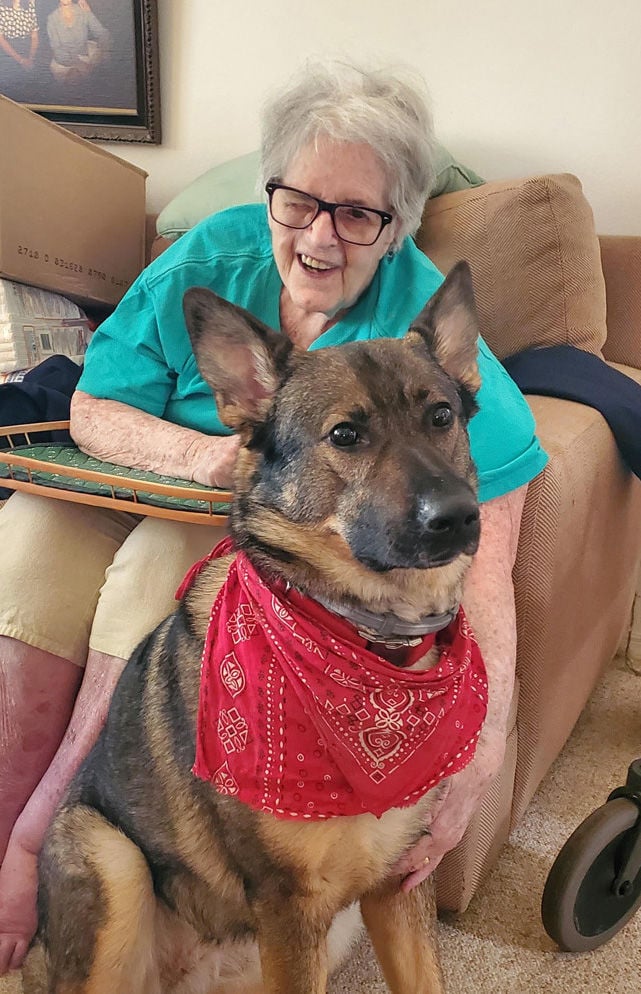 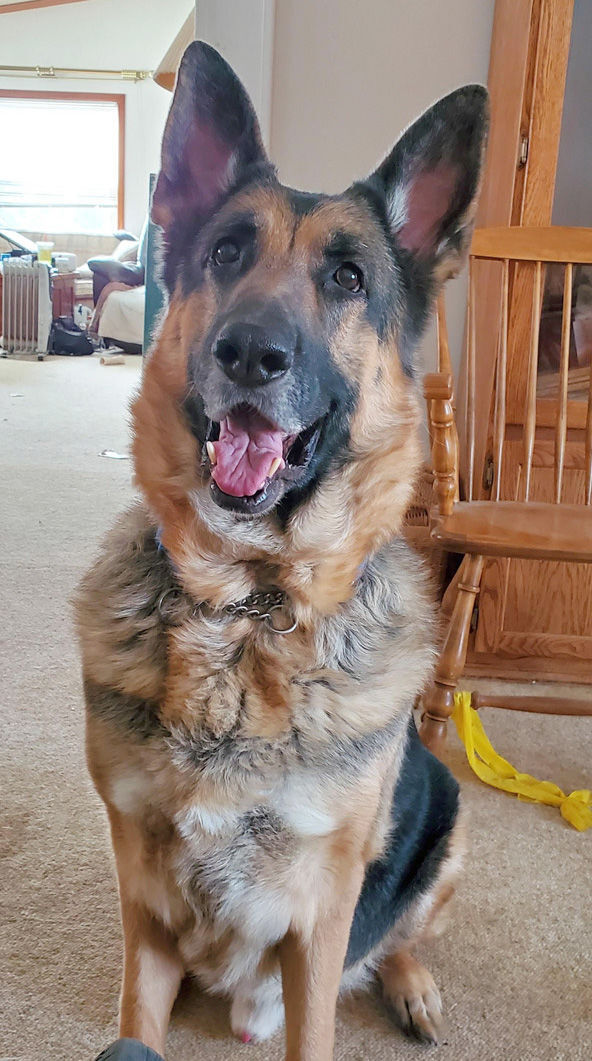 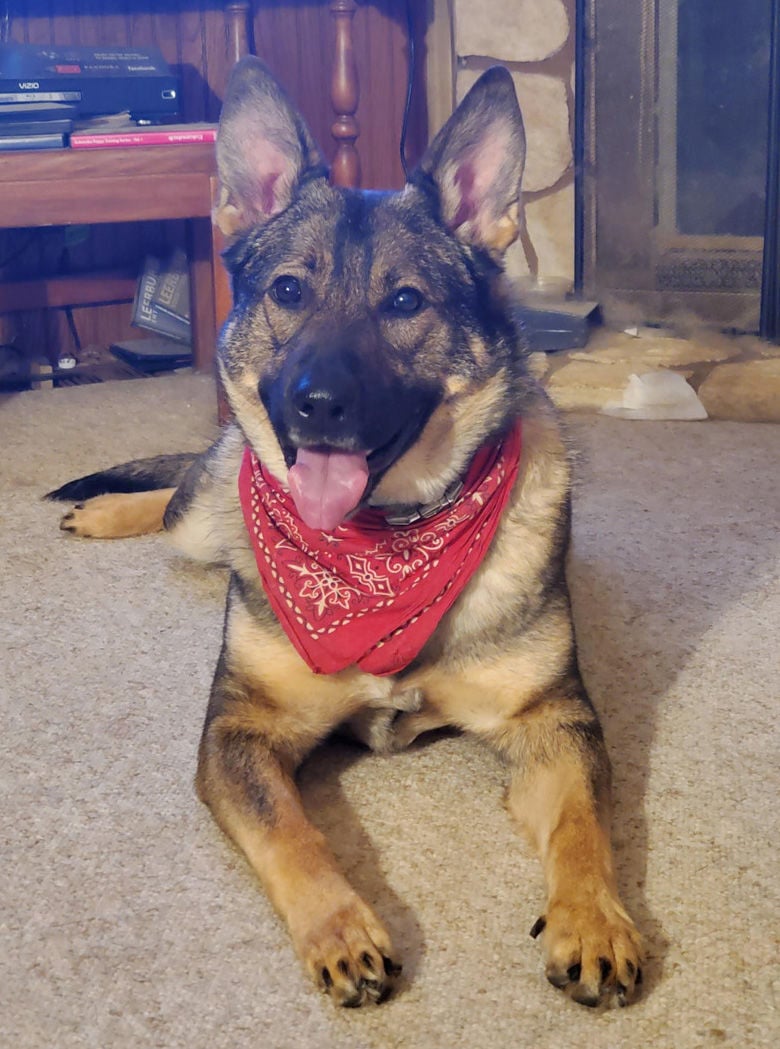 A Middlebury woman is on a mission to change the law after her dogs were allegedly shot and killed by a neighbor.

“It’s pretty grim,” said Tanya Smith. “They were my children since I don’t have any children of my own. We’re doing a lot of grieving.”

Smith said on Sunday, Sept. 27, two of her German shepherds, Kimber, age 7, and Minka, age 3, got loose. “I was bringing in groceries and I thought I latched the door. It was breezy that day, so I guess the door opened. Any time they’ve gotten out before, they run around for a bit, then I’d call them and they’d come,” she said.

The dogs didn’t come to Smith’s calls that day. Instead, 30-60 minutes later, a state police trooper pulled into her driveway.

“He asked if I had two German shepherds and I said yes. He said, ‘Well, they were on your neighbor’s property trespassing and he shot them.’ I just stood there and looked at him. I was speechless,” she said.

The trooper confirmed the dogs were dead and told Smith the dogs were barking and running along a fence where animals related to her neighbor’s business have been kept since late spring.

According to Pennsylvania’s Dog Laws, a person may kill any dog observed pursuing, wounding or killing a domestic animal, household pet or human without liability.

Smith said she questions whether what her dogs were allegedly doing falls under these parameters.

“I could understand if they were actively attacking someone, or their child, or another animal,” said Smith. “But that wasn’t the case. I was told they were running along the fence spooking the other animals. This fence is about eight-feet high with thick posts. There is no way they could even get in the enclosure.”

Smith said the dogs’ bodies were found along the fence outside the enclosure, approximately 100-150 yards from her house.

She said her elderly parents are distraught over what happened. A week after the incident, Smith’s mom was diagnosed with terminal brain cancer. “She told me she really misses Minka in particular because she was so sweet and affectionate toward my parents.”

Smith said she doesn’t want others to experience what her family is going through and is meeting with local politicians to get the laws clarified or changed.

“There needs to be something added like requiring repeated reports to police, the dog warden and the owners if a dog is being a nuisance. Unless they’re actively attacking, you can’t just shoot someone’s dogs willy-nilly,” said Smith, adding that both her dogs were microchipped and had tags with her contact information. “(The neighbor) knew these dogs. They know where I live. All they had to do was say, ‘Hey, your dogs are bothering my animals,’ and I would have gotten them. Or firing just a warning shot probably would have scared the dogs away.”

“Minka was so smart and so affectionate. She was the one who slept by my side every night. Kimber was the protector of the family. He took his job very seriously but was still very sweet and loved to play. I won’t drop this until something changes or there’s justice for them,” Smith said.

A A A Stevers Garage