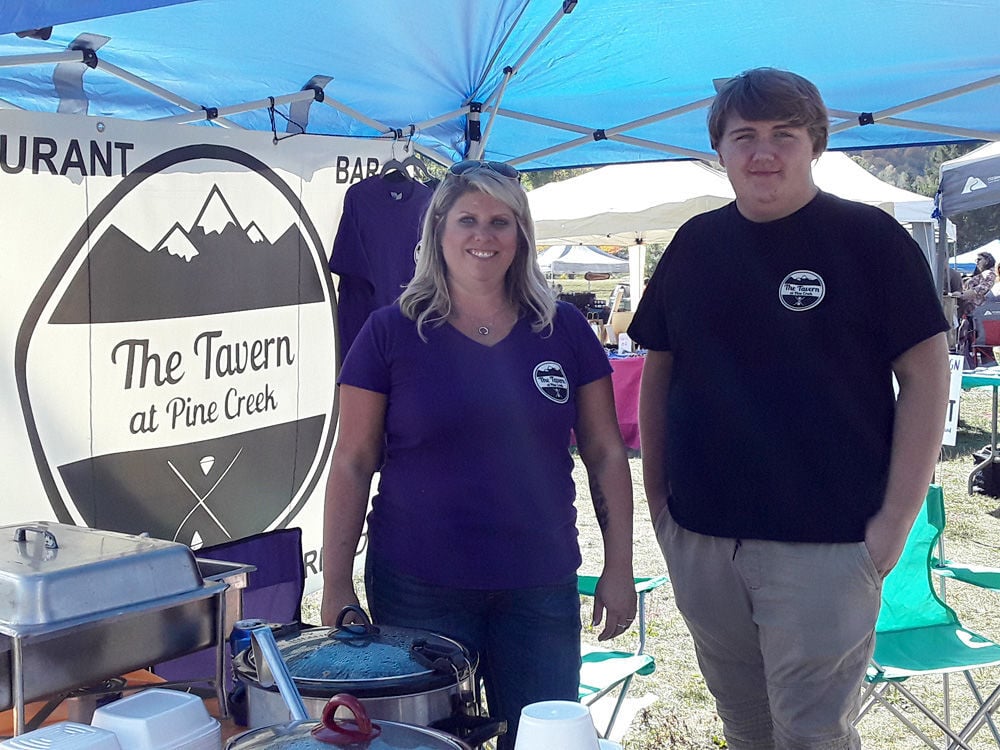 Manager Shannon McCall and employee Jordan Rice staff the booth for The Tavern at Pine Creek. 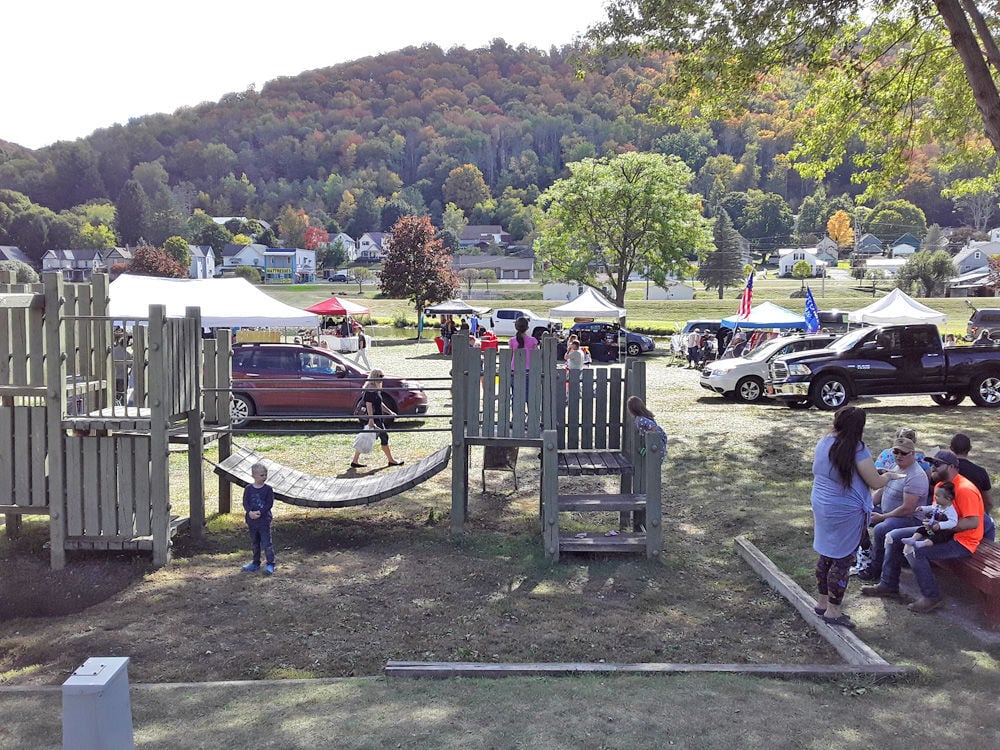 Adults and children took time to enjoy the autumn weather, activities and booths at the Galeton Fall Fest this past Saturday.

Manager Shannon McCall and employee Jordan Rice staff the booth for The Tavern at Pine Creek.

Adults and children took time to enjoy the autumn weather, activities and booths at the Galeton Fall Fest this past Saturday.

A postcard-perfect autumn day was the background for the 15th annual Galefest in Galeton on Saturday, Sept. 26. Tourists and locals alike roamed Jack J. Collins Memorial Park (Centertown Park) to the sounds of live country music and food and craft vendors. Hundreds of visitors swarmed the park from 10 a.m.-4 p.m., lining up for souvenirs, sweets and visits with friends.

Dawn Pletcher of Goodies for Our Troops, the local military-assistance organization, said, “I’ve talked to some people who didn’t know what we do, so that’s the idea. I’m always happy to get the word out.”

She was assisted at Galefest by self-described “Air Force brat” Dawn Gooshaw from Millerton, who, as a child, traveled and lived with her military parents worldwide. “This is such a good cause,” Gooshaw said. “Why wouldn’t I do this?”

Galeton’s newest restaurant, The Tavern at Pine Creek, was front and center offering some of their popular favorites.

“We have our house chili and house mac and cheese,” said manager Shannon McCall. ”We also have discounts on gift cards.”

Galeton high school student Joe Johnson was browsing a jewelry vendor with his girlfriend, Lexi Johnson said, “I just went out to do an errand, and heard the music and came over. This is really nice. There are less people here than last year, because COVID, but there are more vendors. Just a really nice time on a beautiful afternoon.”

Rhode Island residents Thomas and Bruce were visiting family in the area, and attended Galefest for the first time, along with their French bulldog Queen Hazel, who dozed, exhausted, in the shade of the gazebo.

“We came up to spend the weekend with my parents and see the leaves,” explained Thomas. “It’s so beautiful. We’ve never been to this event before. It’s cute.”

The Galeton Public Library has been a founding supporter of Galefest since its inception, and they were present in full force at Saturday’s event.

“We’ve been here every year,” said board member Ernestine Lovell. “We usually have a huge book sale, but this year it’s very small.”

The library did hold a basket raffle and small yard sale.

The library was also promoting its annual Library Portrait Fundraiser, held this year with COVID modifications, Nov. 6-8, at the Gaines Township Building.