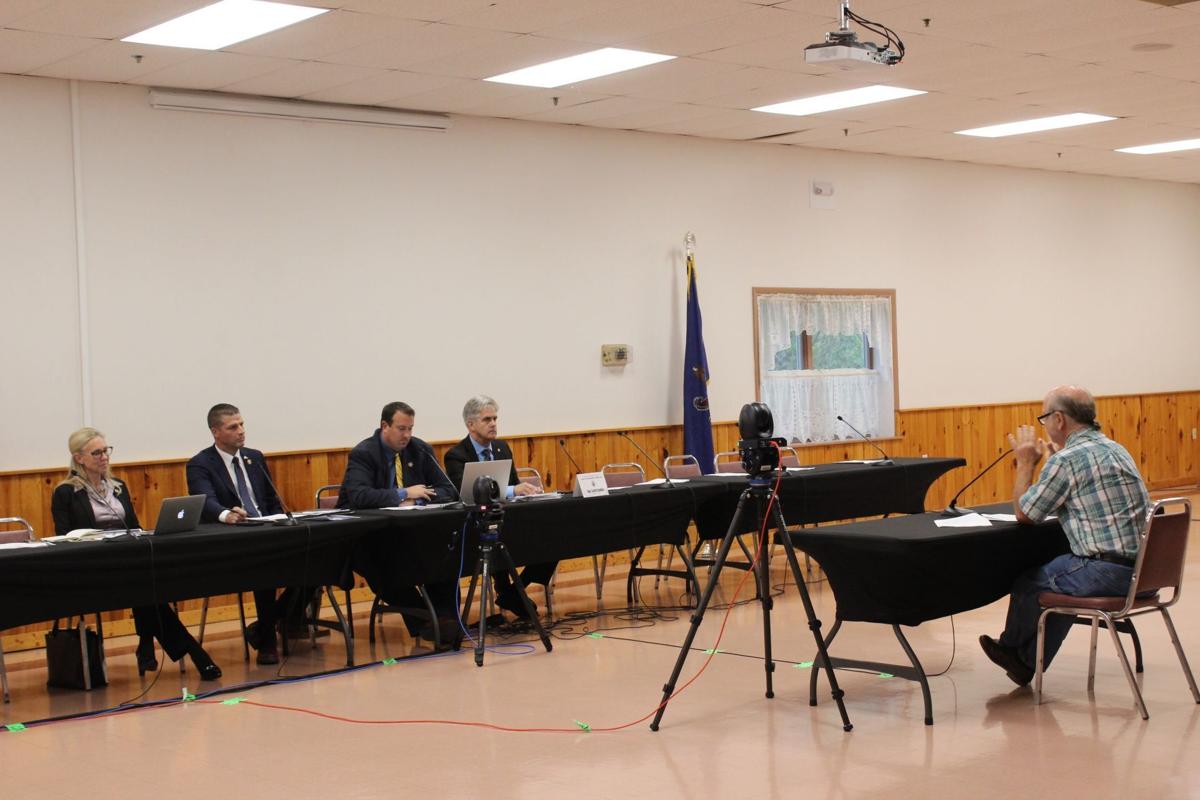 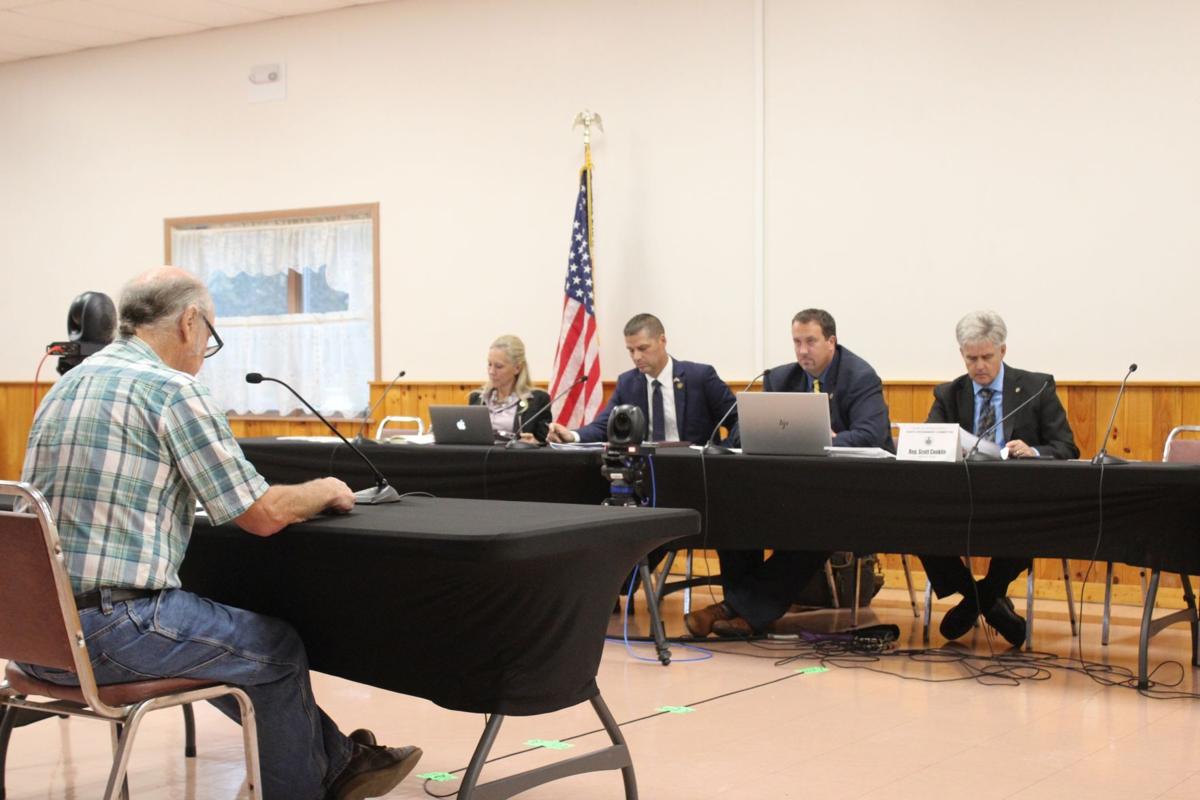 Bryn Hammarstrom of Middlebury asks for changes to the redistricting. At table, left to right: State Representatives Keefer, Owlett, Grove and Conklin. 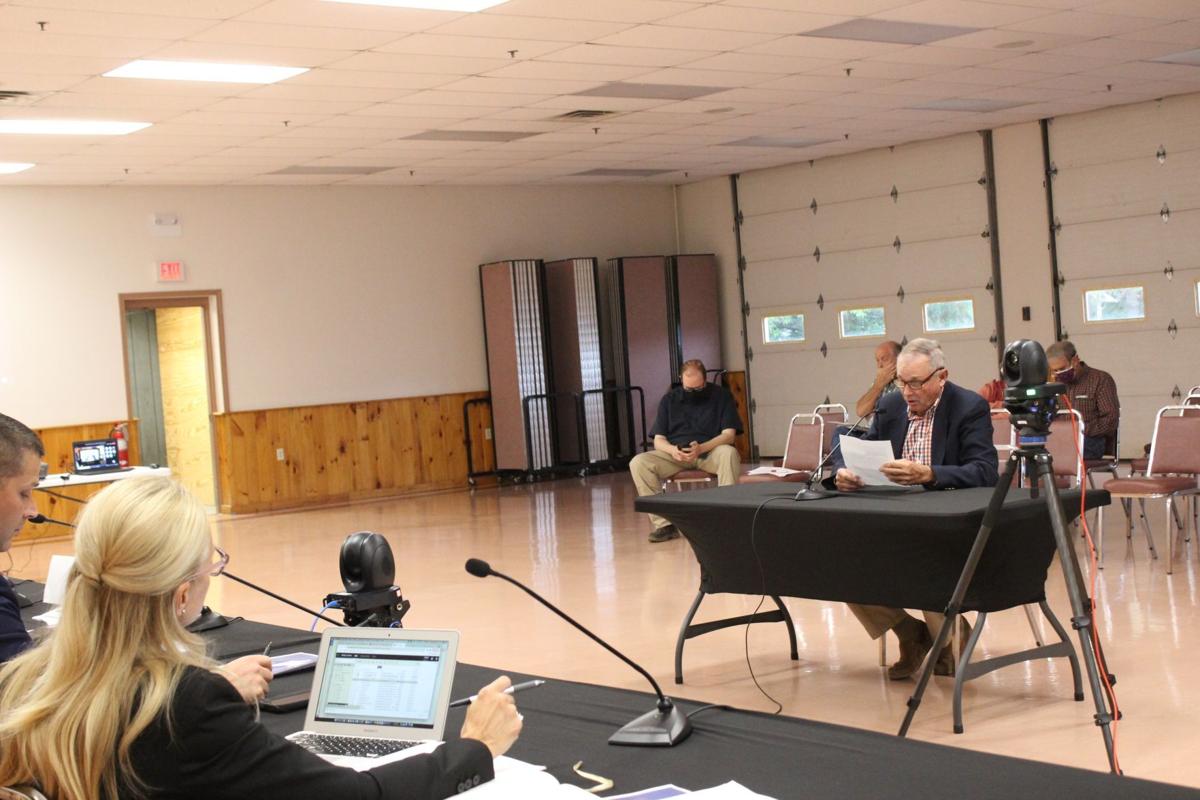 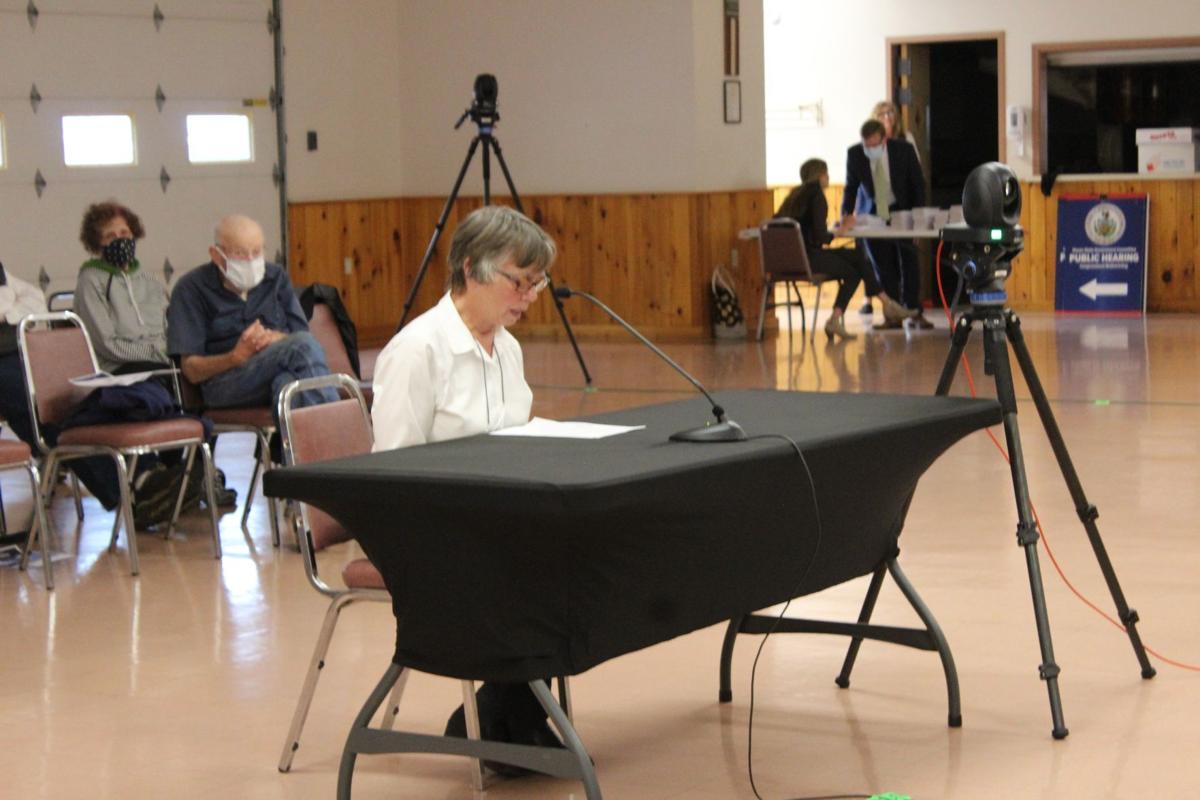 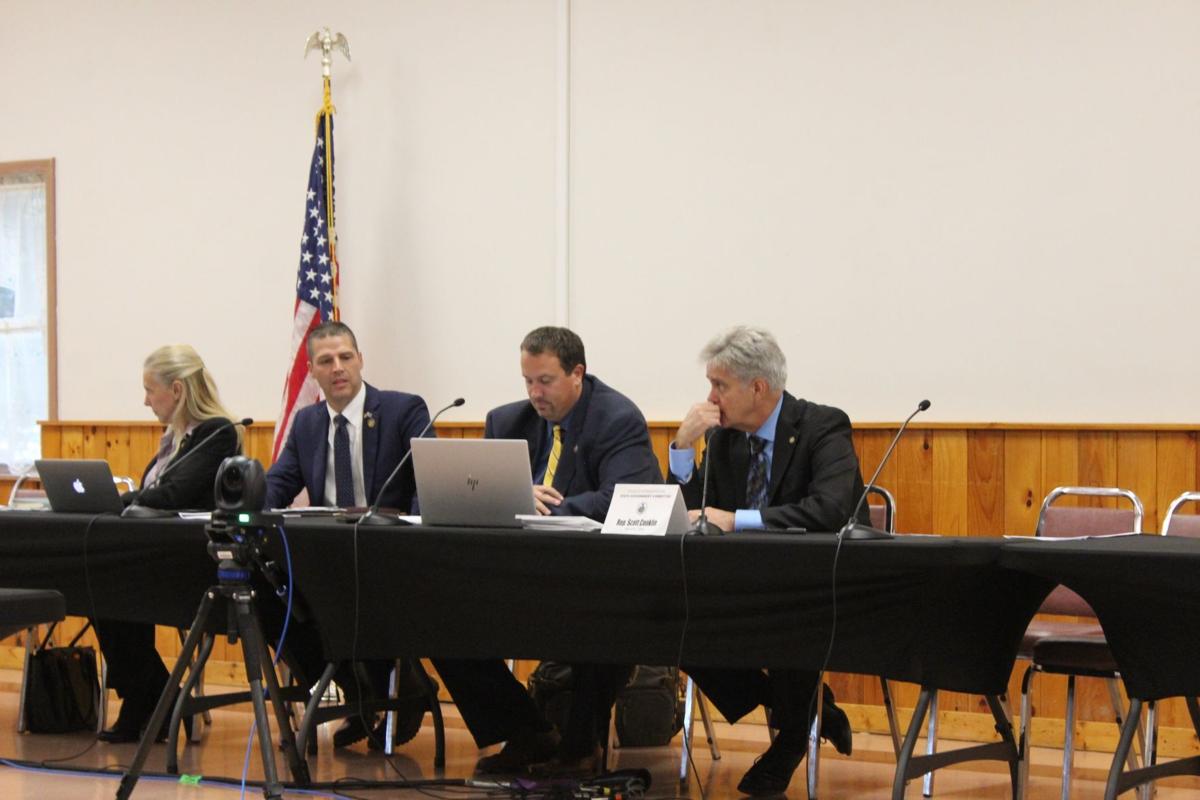 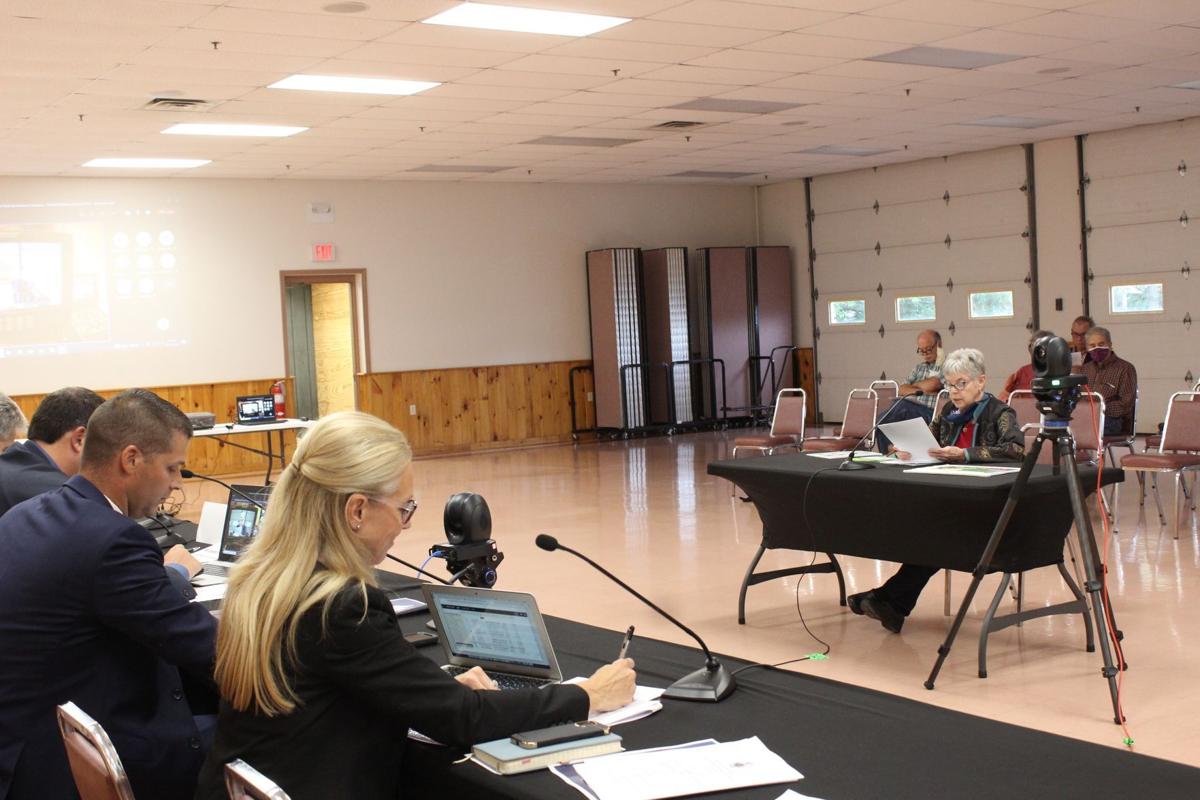 Janet Gyekis of Wellsboro read a statement in support of a fair, accountable and transparent system of redistricting. 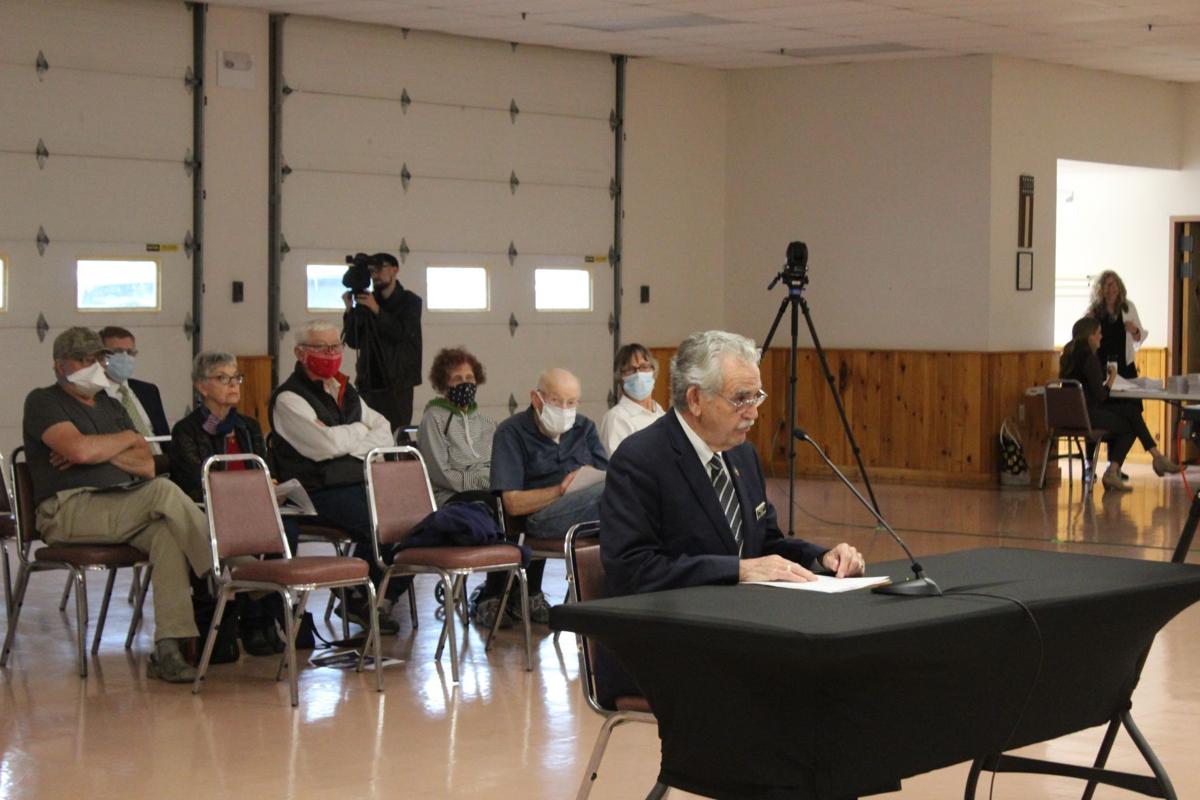 Bryn Hammarstrom of Middlebury asks for changes to the redistricting. At table, left to right: State Representatives Keefer, Owlett, Grove and Conklin.

Janet Gyekis of Wellsboro read a statement in support of a fair, accountable and transparent system of redistricting.

WELLSBORO — A public hearing on congressional redistricting was held here on Tuesday, Oct. 12 to solicit opinions from area residents.

The Oct. 12 meeting was the fourth of eight public hearings to be held statewide.

Districts are redrawn every 10 years after each U.S. Census to refigure representations in the U.S. Congress based on population changes. Pennsylvania will lose one representative, down to 17 in 2022. The state Constitution provides for a Legislative Reapportionment Commission to redistrict both the state Senate and House.

Nine residents from across the region testified at the hearing. Views varied from keeping the districts as they are to starting from scratch and redrawing each district.

James Van Blarcom of Bradford County stressed the importance of having local representatives who understand rural roads, creeks and the challenges that farmers face.

“Representation needs to be from the area to know the area’s needs very well,” Blarcom said. “Our needs differ from the rest of the state. The current district line makes sense.”

Wellsboro resident Janet Gyekis, a longtime activist for fair districting, cited the 2011 Pennsylvania Supreme Court case that struck down the 2011 Congressional district map as unconstitutional. In that case, the Court ruled that the redistricting violated the state constitution by redrawing boundaries to protect GOP Congressional seats and marginalize Democratic votes.

“When you are finally in the map-drawing process, I have two requests: Present the maps to the public with enough time for modifications to be made, and consider starting with a clean map,” Gyekis said.

“I support congressional districts that intentionally include diversity in party, race and class, rather than a homogeneous population,” Hammarstrom said.

Mary Ann Heston of Potter County echoed many speakers when she advocated not for a particular method of redistricting but rather for transparency. “I am a concerned citizen who wants to advocate first and foremost for a fair process,” Heston said.

Rep. Grove noted that six other residents had submitted written opinions. These statements were provided in written form to the Committee and the public, along with the written statements of the residents who spoke in person.