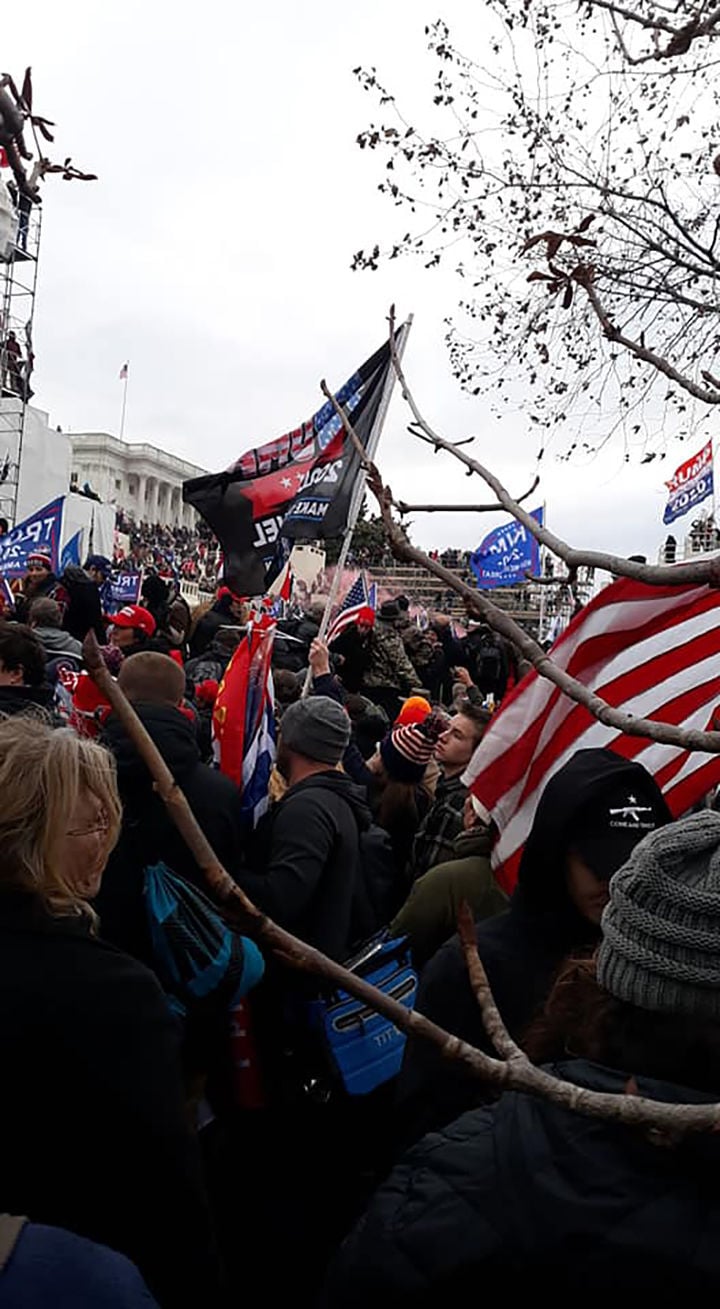 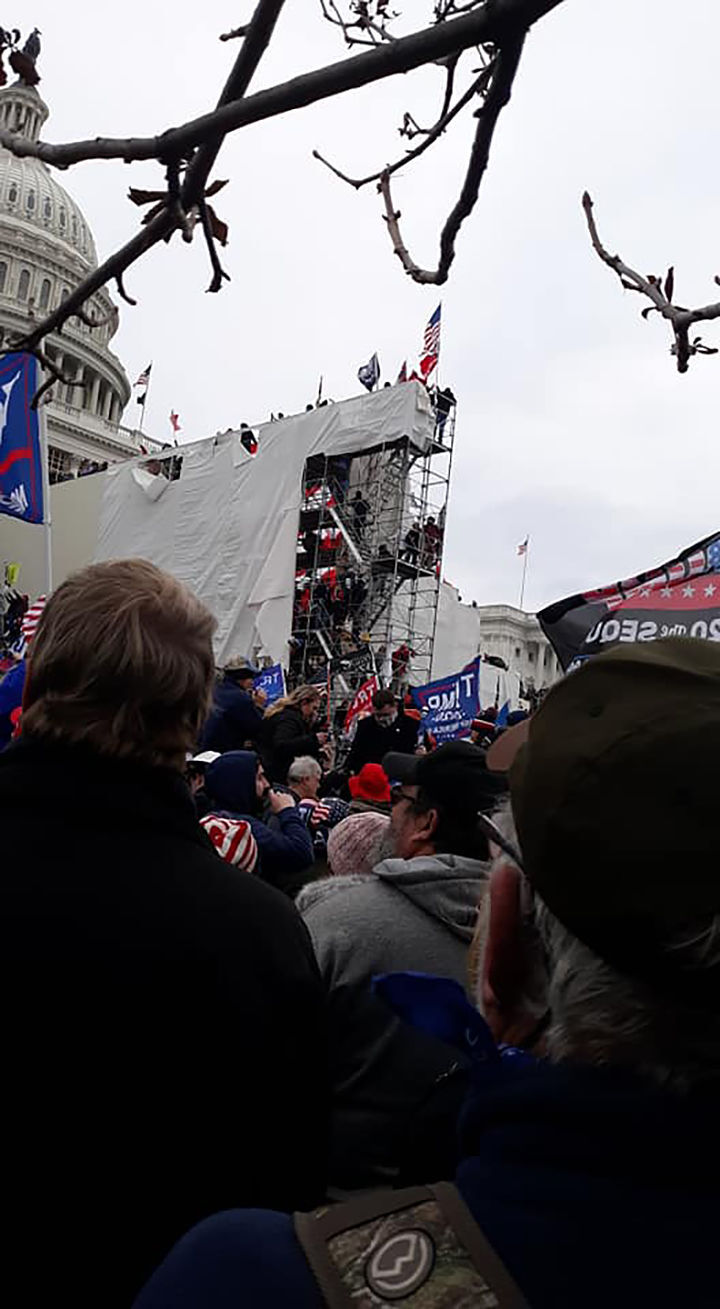 Protest, rally, riot, insurrection, attempted-coup – however you refer to the events at the nation’s capital on Jan. 6, they’ll likely be remembered for years to come.

“Everybody around us was protesting, but nobody was really causing any problems,” said Ann Balch, of Tioga, who was in D.C. with her husband John that day. “People were irate about the election. That’s why people were in D.C. That’s why we were there.”

Balch said she and John were in Virginia after spending Christmas with family. They had planned to come home last week but decided to go to D.C. after hearing about the event planned for Jan. 6.

“I didn’t want to regret the fact if I didn’t participate,” she said. “I’m absolutely glad I went.”

Balch said she and John found a parking space next to the Capitol building and first went to the upper side of the building, where a few people were “milling about.” From there, they walked to the White House to hear President Donald Trump speak.

“After that, we followed the crowd back to the Capitol and we ended up on the bottom side. When we got up to the yard, there were so many people. We were shoulder-to-shoulder with people,” she said. “There was little security. Some of the barriers were demolished and we were there when people started going up the steps. You got some excited ones that got on the scaffolding and started hanging flags.”

Balch said at one point during the day, tear gas landed 50-feet from where she stood.

“I was coughing and I couldn’t breathe. I didn’t know what hit me,” she said, adding that capitol police were also shooting flash bombs at the crowd. “I think by shooting tear gas and flash bombs at people who think they’re just protesting, that’s a little over the top.”

Balch said later in the day, when the crowd got the alert they needed to vacate the area by 6 p.m., police started showing up in droves.

“That was scary, hundreds of police cars showing up. Half the crowd at that point said, ‘We did our job, time to leave.’”

Balch said cell service was largely disrupted during the day’s events, so she didn’t know a woman had been shot inside the Capitol until she and John got back to their hotel later that evening.

“I turned on the TV and I was in a state in shock. We had no idea standing out there that someone had been killed inside,” she said, adding that overall, her experience there was very different than what’s being shown on TV.

“Of all the TV I’ve seen, there wasn’t any view of where I was. I didn’t see one single member of the press there,” she said. “What you see on TV is tragic, but it’s only a fraction of what happened. I really do believe in fake media and them feeding us what they want us to see.”

Balch said after learning what happened inside the Capitol, she doesn’t believe it was Trump supporters causing the mayhem.

“Seeing some of the people they arrested, they would not fit in with Trump supporters,” she said. “There were Trump supporters who got inside the Capitol, yes, but they were trying to get these people off the Capitol cops. They just entered an area they shouldn’t have.”

Balch said she’s especially upset with what transpired later that evening after Congress certified the electoral college votes to secure Joe Biden as the nation’s next president.

“I don’t condone violence but understand people are at their limits,” she said. “I’m absolutely still glad I went. As I was there, I was proud to be an American.”