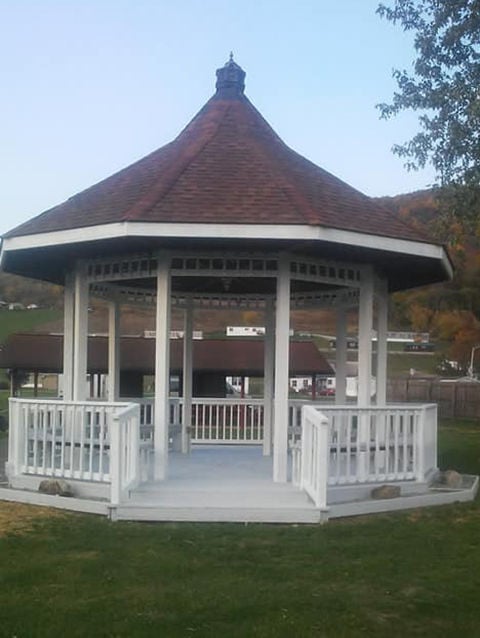 One of the most noticeable changes at Billings Park in Knoxville is the gazebo, seen here after it was stained by volunteers. 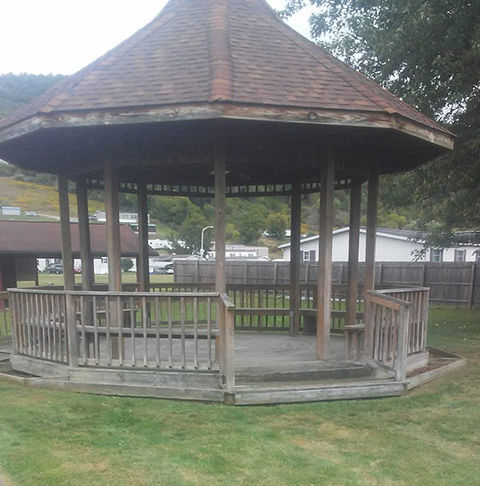 One of the most noticeable changes at Billings Park in Knoxville is the gazebo, seen here before it was stained by volunteers.

One of the most noticeable changes at Billings Park in Knoxville is the gazebo, seen here after it was stained by volunteers.

One of the most noticeable changes at Billings Park in Knoxville is the gazebo, seen here before it was stained by volunteers.

KNOXVILLE — A long-forgotten park here is being restored by a group of dedicated residents.

“Most everyone who grew up here spent time playing there,” said Cliff Stermer about Billings Park on Main Street across from the Knoxville-Deerfield Fire Company.

Stermer said the park, which is borough property, used to be maintained by a committee that eventually dissolved. He said since then, the park fell into disarray despite the efforts of the borough’s single employee.

“It’s a lot for one person to handle, especially when they have so much else to do,” Stermer said. “The borough council has been very supportive of our efforts.”

Stermer set out to return the park to a safe, useable community asset when he began homeschooling his kids due to the COVID-19 pandemic.

“I’m a home improvement contractor and I bring them to work with me all the time, so they’re used to helping with things like this,” he said. “It gives them something to do and teaches them to do something for others.”

Stermer, his wife Melissa Ashbrook and their kids – Bianca, 17; Madison 15; Mackenzie 15; Tasha, 13 and Cameron, 5 – have spent the past few months cleaning the grounds, weeding, staining the gazebo, filling in holes in the ground and planting new grass. Other contributors included Tom Depp, Norm Brown, who donated the first bucket of stain for the gazebo, and many others.

The group also replaced one of the barbecue grill tops, closed off unused electrical wires and installed rope lights and new lightbulbs in the gazebo and pavilion. Stermer said future plans include replacing the roofs of both structures, fixing the fountain and replacing the cupola on top of the gazebo.

“We basically just made it a nicer place to play and have a picnic, but there’s more work to do,” he said. “People are already using it more, which is nice.”

Since the improvements began, an unofficial group of volunteers have organized a Fall Festival, a Halloween event and a benefit for a local girl with cancer. They’re current planning something for Christmas, which Stermer said hopefully will include donations of stocking items and presents to give to local kids. The group is also in search of donated holiday decorations to dress up the park.

To contribute funds, supplies or time contact Stermer. He runs the “knoxville pa news” page on Facebook, where he and others post Knoxville area news and upcoming events, including updates on the park.

“We try to instill in our kids to be the type of people who take care of their community,” he said. “We’re just doing our part.”