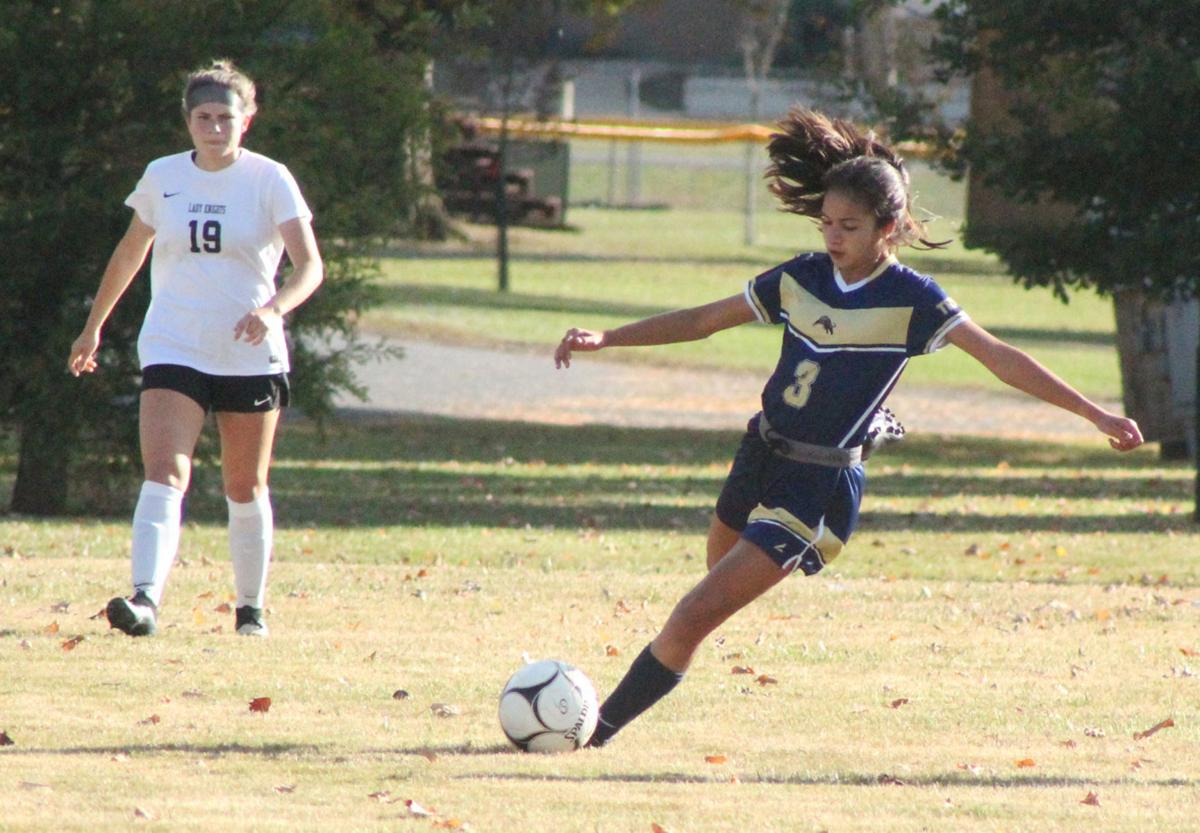 Nikki Kiscadden dribbles the ball during the Mansfield girls loss to Towanda on Thursday, Oct. 9.

Nikki Kiscadden dribbles the ball during the Mansfield girls loss to Towanda on Thursday, Oct. 9.

MANSFIELD — The North Penn-Mansfield girls soccer team (1-7-1) were unable to pull off an upset against the Towanda Lady Black Knights (4-5) and fell by a score of 7-0 on Thursday, Oct. 9.

Towanda was able to jump out to a big 4-0 lead heading into halftime, and Mansfield struggled to find opportunities at the net while Towanda continued to take shot after shot on goal throughout the afternoon.

In the second half, Towanda continued to get a vast amount of opportunities to score, with a staggering 32 shots on goal compared to Mansfield only getting two during the contest.

The score might not suggest it, but goalkeeper Tierny Patterson made a strong effort in the loss, recording 24 saves on the night.

If there weren’t so many open shots on goal it could’ve been a much more even game, but the vast amount of shots ended up being the Mansfield teams downfall.

Now at 1-6-1 on the season, Mansfield had a tough road ahead for the remainder of the week, with a Saturday showdown against the one-loss Wellsboro Lady Hornets.

In the game, the offense continued to be stagnant as they lost by a score of 9-0 in a tough matchup against one of the NTL’s best teams.

Mansfield has three games remaining to end the 2020 season, with a game on the road against Wellsboro on Wednesday, Oct. 14, and contests against Northeast Bradford and Towanda.