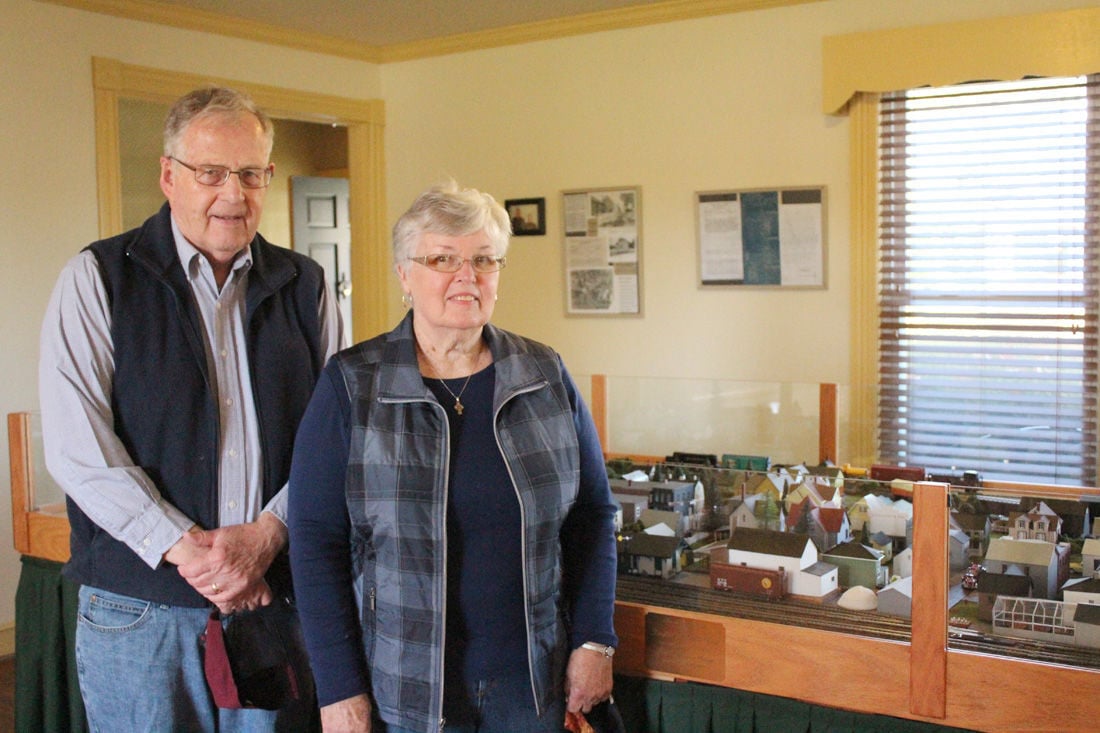 Alan and Diane Forsberg stand next to the model of 1950-era Knoxville that they made as a retirement project. 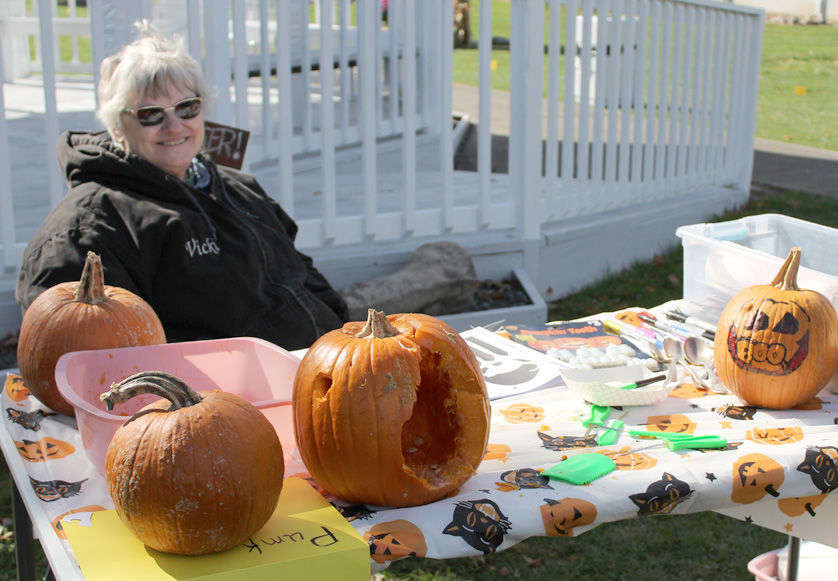 Alan and Diane Forsberg stand next to the model of 1950-era Knoxville that they made as a retirement project.

KNOXVILLE — Saturday, the borough hosted events during a fall festival for community residents to enjoy. Vendors, food, games and picture set ups were available as well as the Glover House open to show the Rails to History model made of Knoxville.

Alan and Diane Forsberg displayed the model of Knoxville and related how they made it. They made the model and set it up in their basement at first.

Diane Forsberg said that Alan loves trains and this passion led to the display. Their kids bought him a train set, prompting his decision to build his own layout.

Pieces were collected and he visited stores and spent time figuring out what he needed for the project. They took an old ping pong table, and used half as the foundation of the layout.

Most of the buildings are made of balsa wood base. The outer coat is plastruct, which is a plastic for scale model building. The windows were made of Barbie doll plastic and tar paper was used for roads.

Some pieces were bought, but it can be expensive. The couple debates what amount between $3,000 and $4,000 dollars was spent to make the model.

“The thing is you couldn’t buy things that looks like Main Street. You could buy main streets, but you can’t buy ones that look like Knoxville in particular. At the time we built every store and every building that was here in the ‘50s,” said Diane.

The model took 10 years to complete, a retirement project for the Forsbergs. Ellen Williams, a contributor to the project, helped find information on local history in the library. She was the director at the time and, with the Forsbergs, agreed to display it in the Glover House next door to the library.

“We just hadn’t expected it to go anywhere and people were coming to our house and looking at it and saying, what is it doing in your basement, you should get it to Knoxville,” Diane said.

The model interprets rail lines that came through 120 years ago. It has working WAG and NYC lines and it features the center cab diesel 1300. The theme of the model is of the 1950s.

Buildings may be different according to what was the most important or meaningful for the Forsbergs to make and what was relevant at that time. Out of the 70 structures they could put in the model, 20 of them no longer exist in today’s community having been torn or burned down at some point.

“The history is to be here permanently in Knoxville for the enjoyment of the community,” Alan said. “If one person sees this model and goes home and starts building, I would be blessed.”

The model went on display in 2016 and hosted visitors one Saturday a month, until the COVID season. It is always open by appointment for small groups. To schedule an appointment, call the Knoxville Library at 814-326-4448.