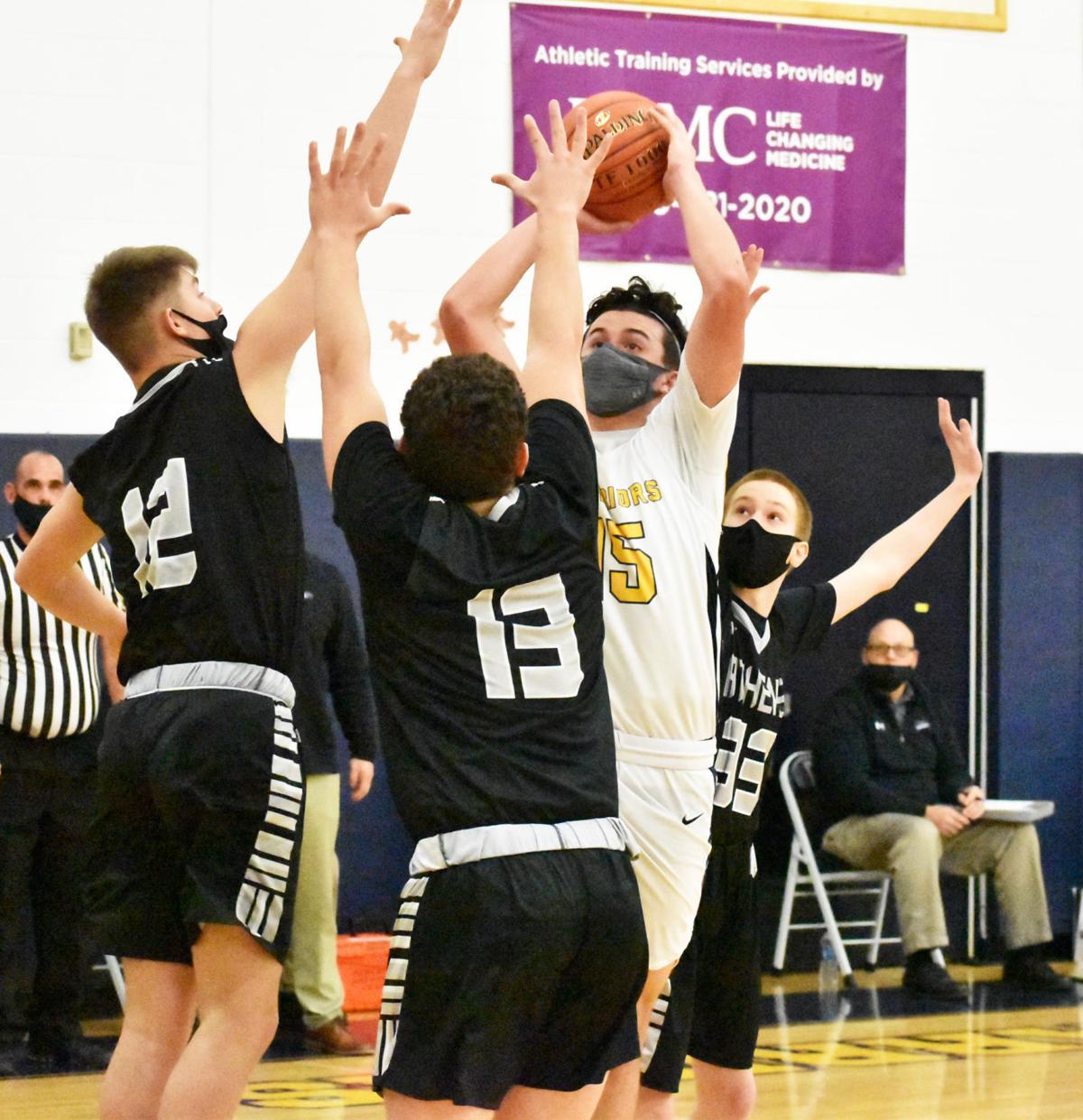 Jacob Schmitt goes up for a contested shot during the Williamson Warriors loss to Athens on Saturday, Jan. 9. 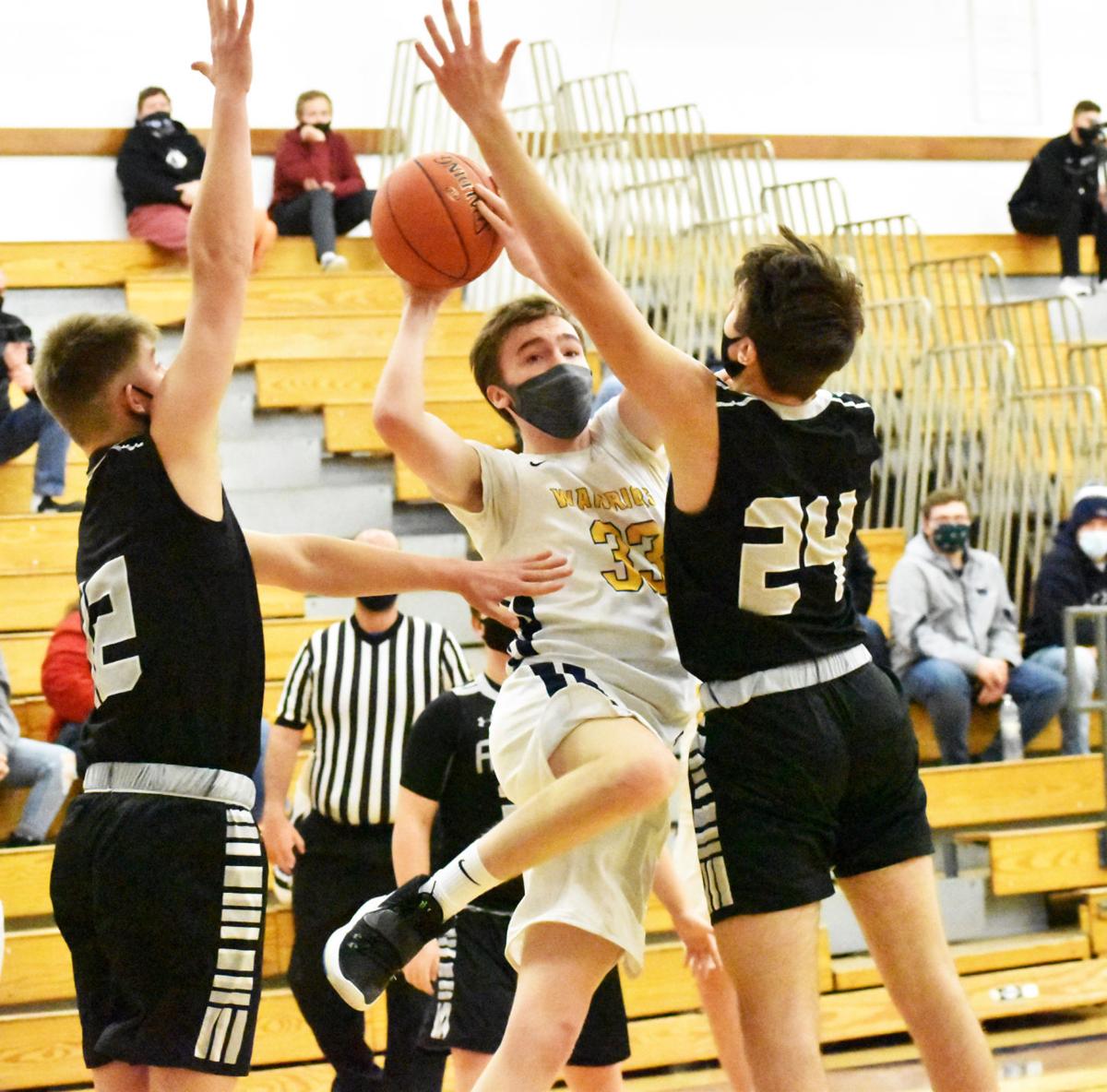 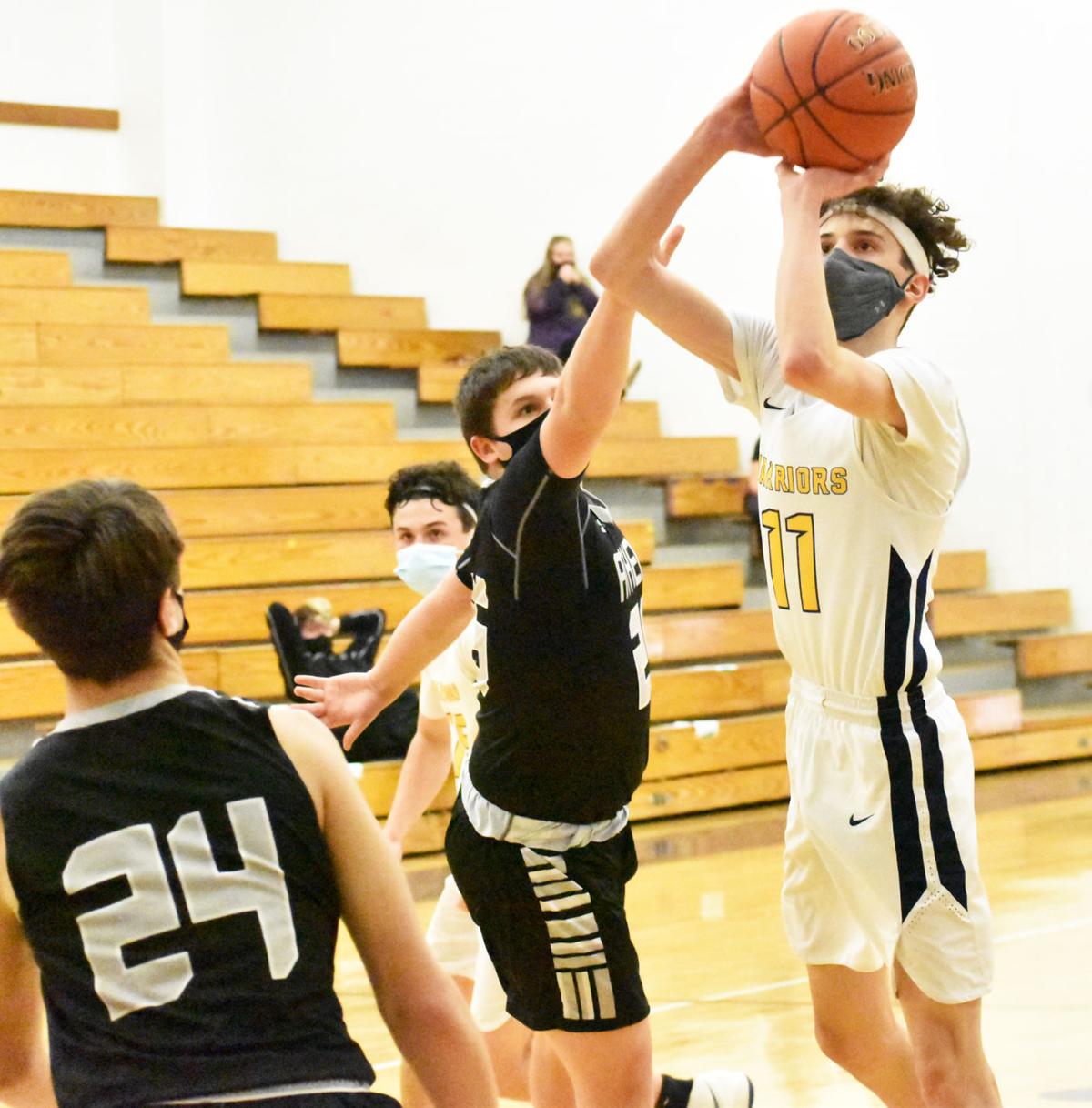 Tristan Parker takes a shot during the Warriors loss to Athens on Saturday, Jan. 9.

Jacob Schmitt goes up for a contested shot during the Williamson Warriors loss to Athens on Saturday, Jan. 9.

Tristan Parker takes a shot during the Warriors loss to Athens on Saturday, Jan. 9.

TIOGA — The Williamson Warrior basketball team had a tall order in their season opener, taking on one of the top teams in the Northern Tier League in the Athens Wildcats and were taken down emphatically by a score of 86-33 on Saturday, Jan. 9.

The youth of the Warriors showed in the opening game of the 2021 season, with inconsistent passing leading to a plethora of points for the Wildcats in transition.

Athens capitalized early and often at the rim and it helped the Wildcats build their lead to 23-8 after just one quarter.

In the second quarter things continued to get ugly for the Warriors, as Wildcat’s senior J.J. Babcock was nearly unguardable in the post as they continued to pour in the scoring at an alarming rate.

The teams headed into halftime with Athens boasting a 49-17 lead with no signs of slowing down.

The Warriors started to find a bit of a rhythm on offense near the midway point of the third quarter, but defensively didn’t have the size or the speed to deal with a dynamic and potent attack from the Wildcats who dropped another 37 points in the second half to close things out by a score of 86-33.

The Athens squad was led by Babcock who scored 20 points while only playing a few second half minutes. His scoring also included a few fastbreak dunks that sucked the life out of the Williamson team early.

Mason Lister also scored 18 points for the Wildcats including four three-pointers in the rout.

The Warriors young core started to get things going offensively later in the contest, and had some bright spots in an otherwise rough outing.

Sophomore Jacob Schmitt led the way for Williamson, with a team-high 11 points and played tough in the paint against a much larger Athens team.

Freshman Kristian Mizdail also showed some promise from the point guard position for the Warriors, as he tallied eight points with two three-pointers made in the effort and was easily the best ball-handler for Williamson.

The young Williamson Warriors team will look to continue their growth early on in the 2021 season, as they took on the Towanda Black Knights in their second action of the season on Wednesday, Jan. 13, but were unable to pick up a win as they fell by a score of 61-31.

Mizdail led the Williamson charge and scored 11 points while Schmitt added eight in the effort.

The Williamson boys are back in action on Friday, Jan. 15 as they travel to take on the undefeated Troy Trojans team.