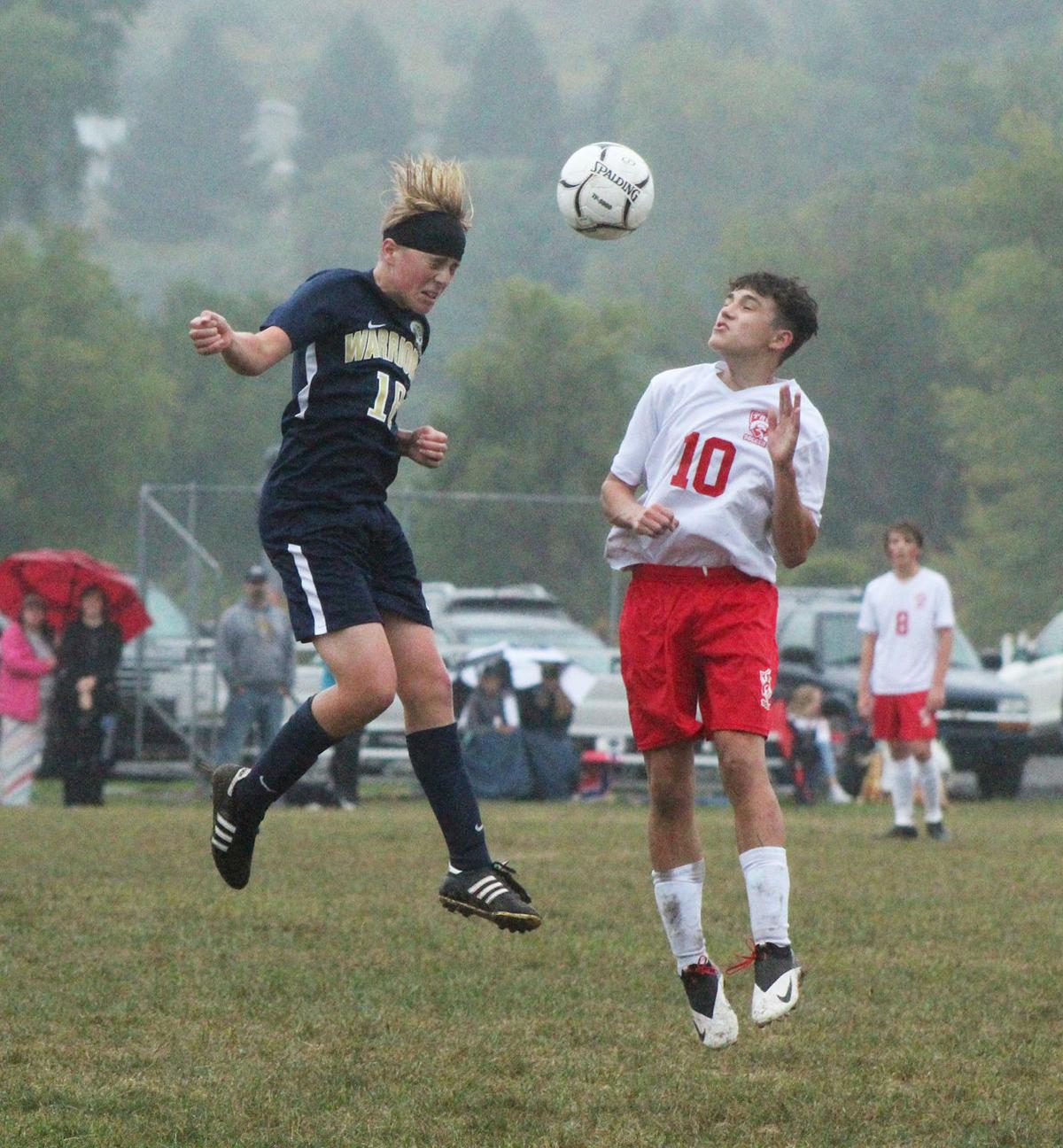 A Williamson soccer player goes up for a header during the Warriors loss to Troy on Thursday, Sept. 17. 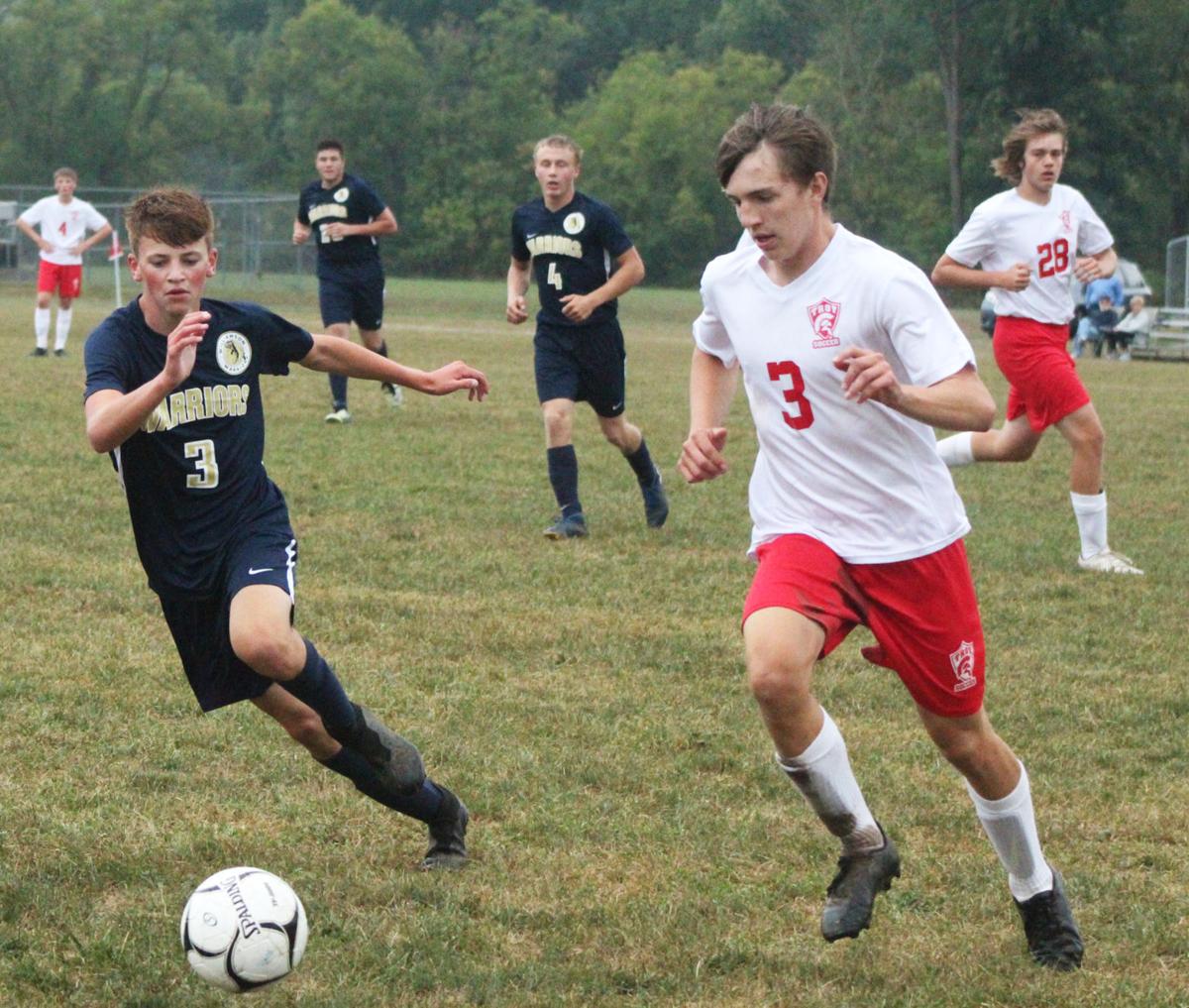 A Williamson soccer player races towards the ball during their loss to Troy on Thursday, Sept. 17.

A Williamson soccer player goes up for a header during the Warriors loss to Troy on Thursday, Sept. 17.

A Williamson soccer player races towards the ball during their loss to Troy on Thursday, Sept. 17.

TIOGA — The Williamon Warriors boys soccer team put together a strong defensive effort against a solid Troy team on Thursday, Sept. 17, but were unable to put any goals on the board falling by a score of 2-0 in their season-opening game.

In a game that seemed like it was taking place in early October, not only was the air cold, but a steady rainfall on the Williamson field made every possession a grind with miscues from the slick field being found on both sides.

During the first half, Williamson looked like they might jump out early, with a first possession march down the field for a solid shot on goal, but the Troy defense was able to settle in and limit many more quality possessions for the Warriors during the frame.

Defensively the Warriors team did a strong job pressuring the ball at every junction, but early in the second one small breakdown caused Troy to snatch an early goal and take a 1-0 lead.

Williamson was able to get things going shortly after, with some strong touches on the ball late in the second and recorded two more shots on goal, but the Troy goalkeeper was stalwart throughout the evening not giving up anything easy throughout.

The half ended with the score at 1-0 and Troy clinging to a one goal lead in a game that could go either way.

In the second half, Williamson was unable to make a push for the win and allowed one more goal before the contest ended with the score settling at 2-0 with Troy escaping a scrappy contest with a win.

Despite the lack of offense during their first action of the season, the defense for the Warriors was solid throughout, not giving up anything easy and playing with a lot of grit throughout the night.

Williamson goalkeeper Josh Hultz was outstanding, making a few good saves that kept the Warriors within striking distance throughout the night. His ability to deny goals will be key until the Warriors offense can find their groove in this abbreviated season.

The Warriors have something to build on heading into their next matchup, when they take on Towanda on Tuesday, Sept. 22 with each team seeking their first win.