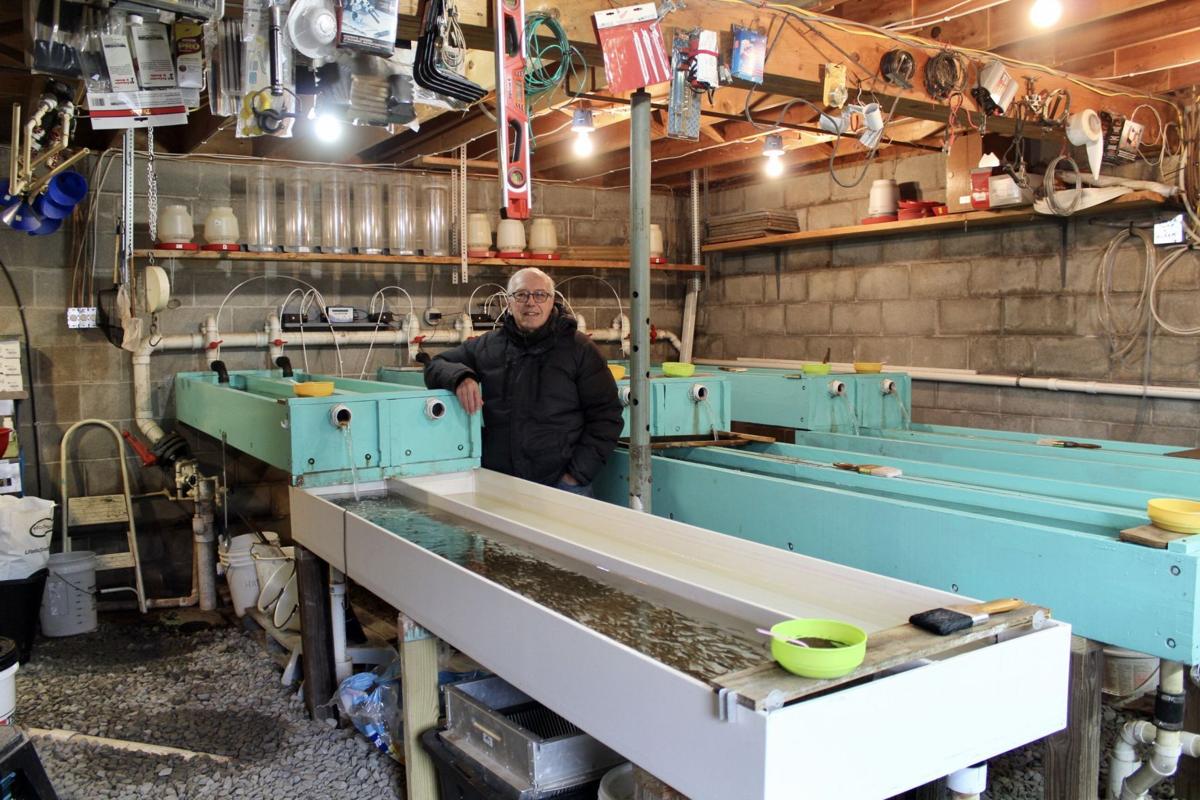 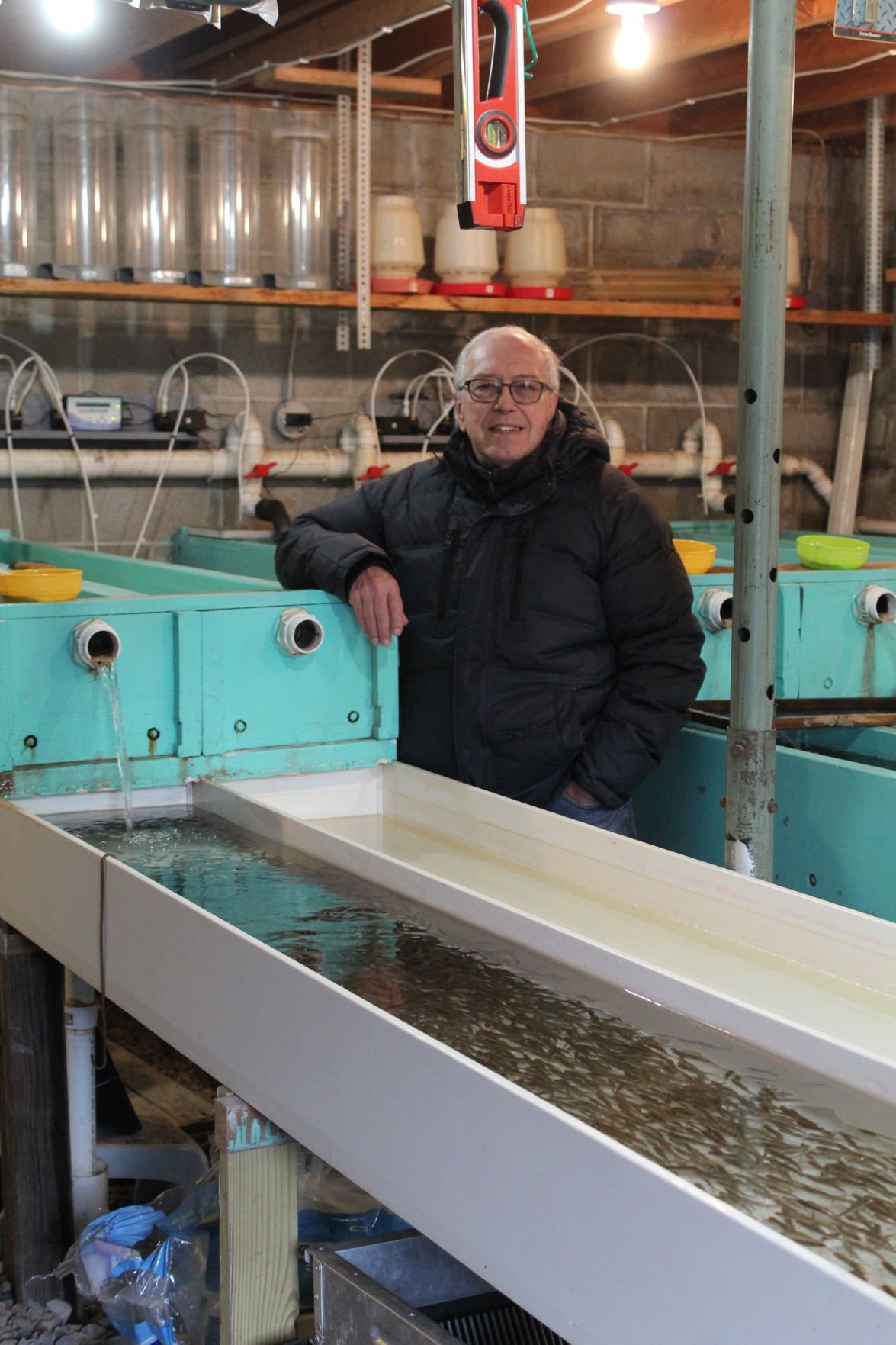 COUDERSPORT — Like the name suggests, Rainbow Paradise Trout Farm & Fishing Park has plenty of trout for people to fish for — at max, there could be 100,000 fish on the property — but what many people don’t realize is Rainbow Paradise hatch their own fish.

Bob Curry is the fourth owner of the farm and has owned it since 1979, the longest of any of the previous owners. While they’re not 100% sure when the farm was built, he estimates it was around the early 1960s.

“The hatching was the one thing we were able to do which has really made a big difference because we can now raise the quality of fish that we want, without depending on other hatcheries,” Curry said.

The types of fish they raise has been expanded, from originally only raising rainbow trout, brook trout and brown trout, to adding tiger trout and golden trout.

To raise the trout, they start with their own trout eggs, though occasionally will purchase eggs when needed. They use a “jar method,” where the eggs are put into jars. The eggs hatch out into troughs, typically around Christmastime.

Rainbow Paradise stocks several public streams and has put more than 40,000 fish in Pine Creek alone, Glenn Batson, farm manager, said. They can deliver fish and can accommodate larger orders with their delivery truck; they’re able to carry about 900 pounds of trout at one time. They always test their fish and have been successful in raising disease-free trout for decades, he said.

Curry praises the stream that feeds the pond and contributes the farm’s success to it. The stream is very consistent, Curry said. In the past 40 years, the flow has never been less than 400 gallons/minute and it doesn’t dry up in the late summer, as many other streams will.

“It’s really the stream that allows us to do what we do,” Curry said.

Rainbow Paradise’s clientele is pretty equal between fishing and stocking, though it’s primarily known for its fishing. The property has three ponds and different fishing plans for anglers to enjoy.

The biggest change over the years is in the fishing programs they offer. Curry’s son-in-law, Batson, has worked to greatly expand their offerings. They offer both catch and keep, and catch and release programs.

Before, people who fished at Rainbow Paradise had to keep any fish they caught, whether they wanted to or not.

“The problem is, there are a lot of people that love to fish, but they don’t eat fish or they eat trout. And so, they used to just leave their trout here with us,” Curry said.

Eventually they developed techniques and experimented with different types of hooks until they were able to solve the problem. They now offer successful catch-and-release programs with barbless hooks.

“The advantage we have over most farms is our ponds are so large and we have so many ponds that we can designate certain ponds just for certain purposes,” Curry said. Rainbow Paradise has about 10 acres of ponds.

Rainbow Paradise also offers group fishing on Wednesdays, which needs to be booked in advance. The group will have exclusive fly fishing pond access.

A unique tidbit about Rainbow Paradise is how it’s set up. The ponds were based upon a European-style of trout culture.

Curry explained that growing trout started in Europe and became popular in the United States after that, primarily after World War II.

“My best guess is that some of our soldiers saw trout farms in Europe and came back and started building them like they saw them,” he said. “Most of the older farms in Pennsylvania were started some time after WWII.”

He doesn’t know if the person who built the farm had seen the trout farms in Europe in person or through books, but Curry said it’s without a doubt modeled after them.

“What’s unique about our trout farm is that it’s a perfect example of stepping back in history to the way in which trout were originally grown,” Curry said.

This has several advantages, including that the trout are grown under natural conditions. Some trout farms have ponds lined with concrete, whereas Rainbow Paradise ponds are dirt, so the trout have access to larvae and other natural organisms. The fish, in addition to being fed, also have access to all of the natural food.

People also say the fish at Rainbow Paradise taste better than state-stocked fish, which Curry attributes to the natural food the trout get there, as opposed to being raised on only fish food.