You have permission to edit this article.
Edit
Free Press-Courier
Wellsboro Gazette
Potter Leader-Enterprise
Share This
1 of 4 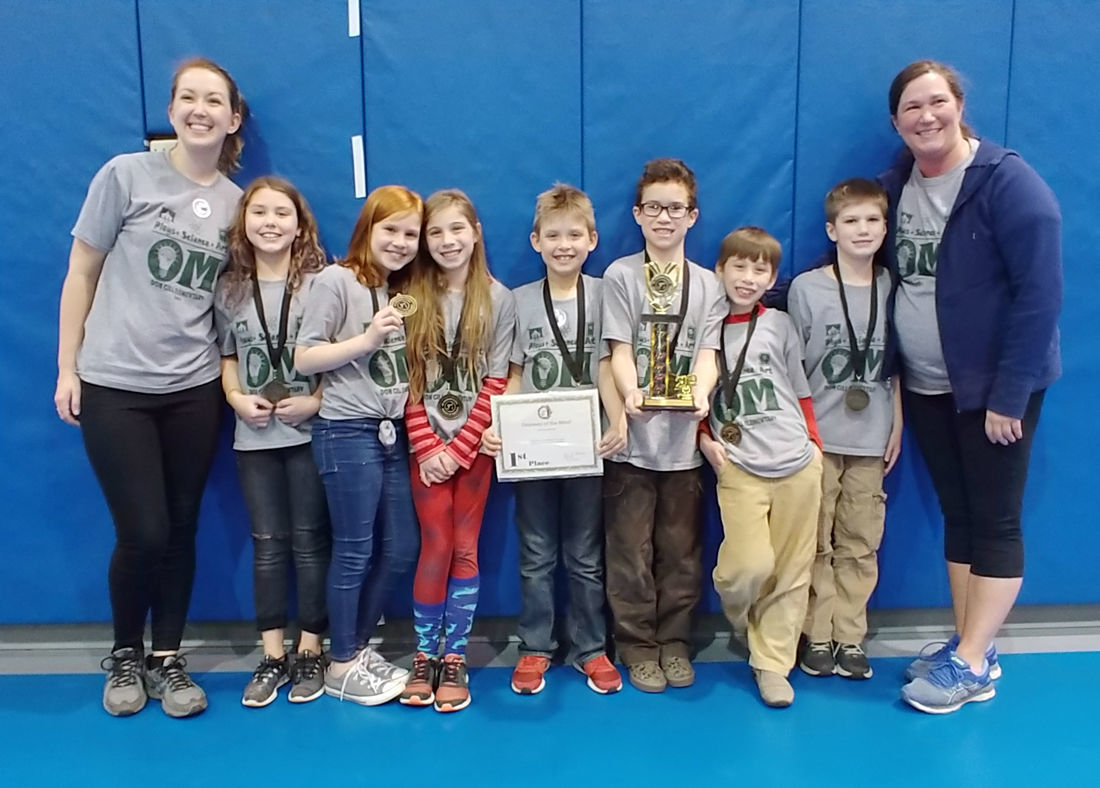 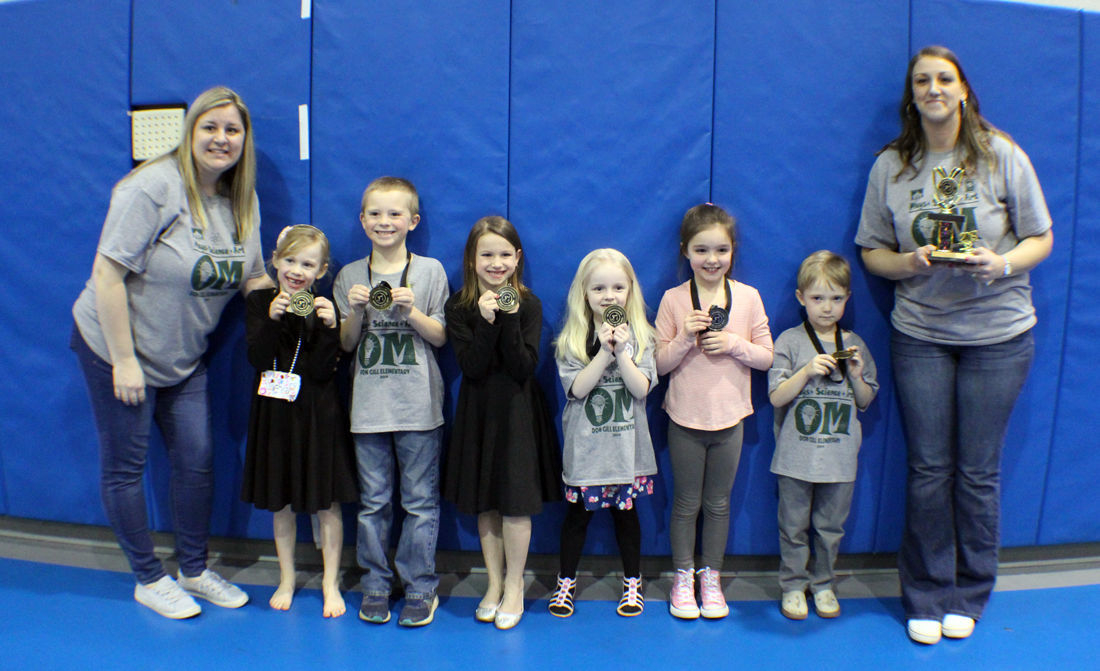 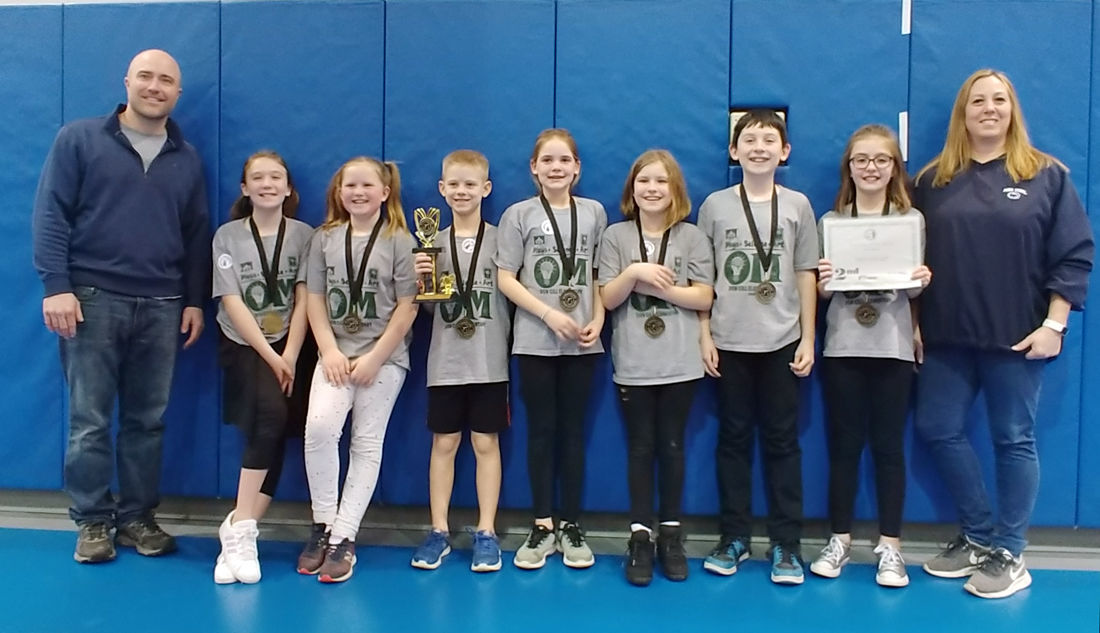 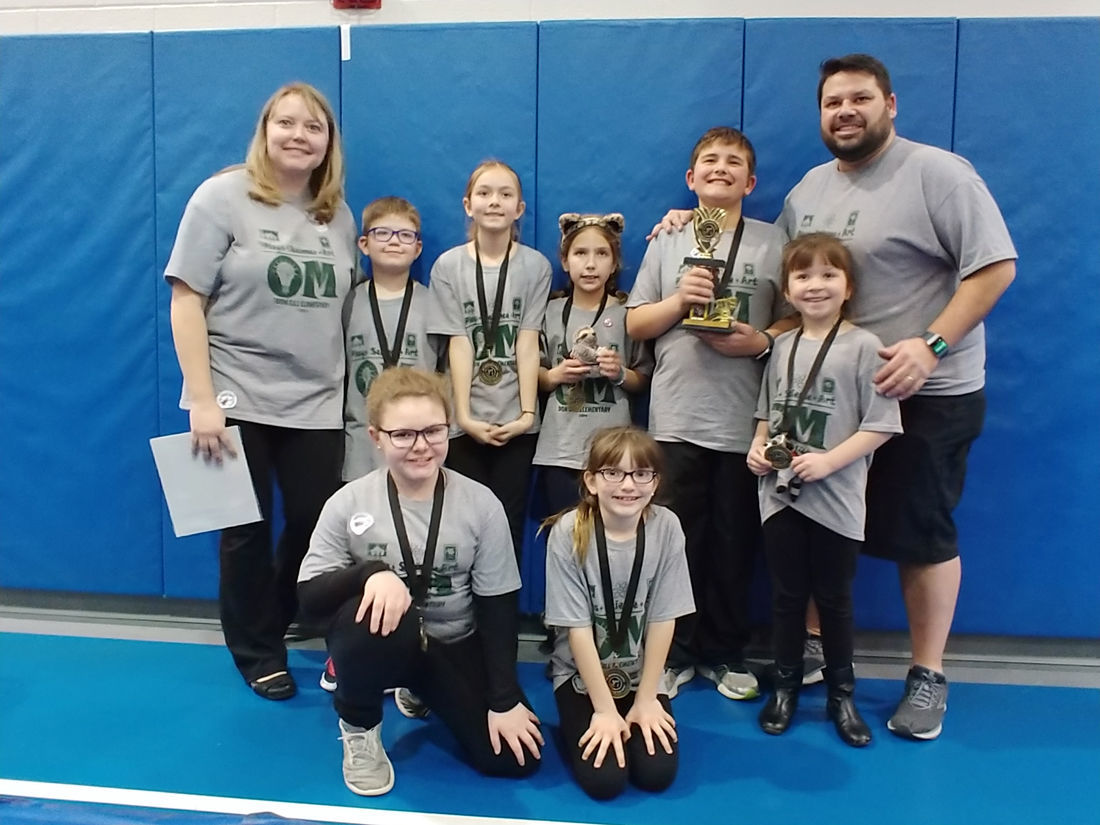 On March 2, four teams from Don Gill Elementary in Wellsboro competed at the North Central PA Odyssey of the Mind Regional Competition in Berwick.

All four teams secured medals and trophies, placing first or second in their respective division and problem. Three teams will advance to the state competition on April 6 at Pocono Mountain High School, East Campus in Swiftwater.

Odyssey of the Mind teams consist of five to seven members who work together to solve one of six original long-term problems that are released annually by Creative Competitions Inc. Each problem is original, contains a framework to work within, and provides scoring categories. Some of the problems are technical in nature, while others are more artistic or performance based.

At the competition, the teams present their solution to judges, who reward points for “style,” which teaches students to enhance their solution. Teams also have a “spontaneous” problem to solve; five members of the team receive the problem once they walk in the door. The combination of the long-term solution, style and spontaneous problem solving produces each team’s overall score.

This year’s primary problem, “Museum Makers,” required kindergarten through second grade teams to create a museum of original displays of any type, complete with a humorous artist, a curator and tour guides. The purpose of the primary problem is to have the younger participants learn about the OM process; primary teams do not advance to states. The first place Division I primary team included Harper Bourret, Reese Eckart, Hunter Frazier, Kynlee Johnson, Ryleigh Sporer, Emmett Tice and was coached by Shelley Bourret and Renee Frazier.

The technical problem, “Hide in Plain Sight,” requires teams to create and build a mechanical creature that hides in plain sight by undergoing appearance changes and performing tasks, during a skit. The Division I team included Emery Butters, James Doughtie, Colin Fletcher, Connor Hartman, Delaney Morral, Fen Moyer, Luna Moyer, and was coached by Kristy Hartman and Tracy Doughtie. The team won first place, earning the highest score in both long-term and style, and will advance to states.

The “Structure Toss” requires students to build a balsa wood structure weighing no more than 15 grams and standing at least eight inches tall, which is tossed using a team-made device to cover a certain distance, and then is tested for strength. The theme had to include in a carnival-style setting, complete with a barker to encourage other characters to test their skills. The Division I team included Blake Eckart, Kaylee Frazier, Ellie Largey, Angelena Mack, Megan Newruck, Wyatt Sporer, Jacob Smith, and was coached by Ben Largey and Sadie Mack. Their structure held 490 pounds, captured second place and advances to states.

The performance problem, “Opposites Distract,” required teams to create and present a humorous skit about a sneaky character who distracts others while trying to take control of something. The performance had to include silly arguments using different dramatic styles, attention-getting effects, and show that characters had been intentionally distracted. This year’s Division I team included Breona Devenney, Ren Gehman, Oliver Matthews, Ethan Pollaro, Reese Regina, Molly Tice, Katie Whitney, and was coached by Shannon Tice and Vinnie Pollaro. This team scored the highest in their division for long-term and tied second for style, earning second place overall and advancing to states.

The Don Gill Odyssey of the Mind program is open to all students in grades kindergarten through fourth grade and generally begins in mid-October. The program is coached by parent volunteers, requires volunteer judges and is coordinated by Jenn Sporer.

Now that the President and First Lady have tested positive for COVID-19, will this change your mask wearing habits?