You are the owner of this article.
Edit Article Add New Article
You have permission to edit this article.
Edit
Welcome, Guest
Home
News
Sports
Obits
Business
Opinion
Lifestyle
Multimedia
Classifieds
+ More
Share This
1 of 2 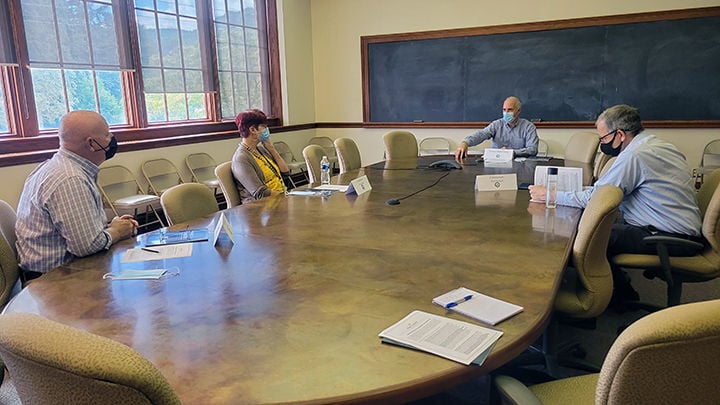 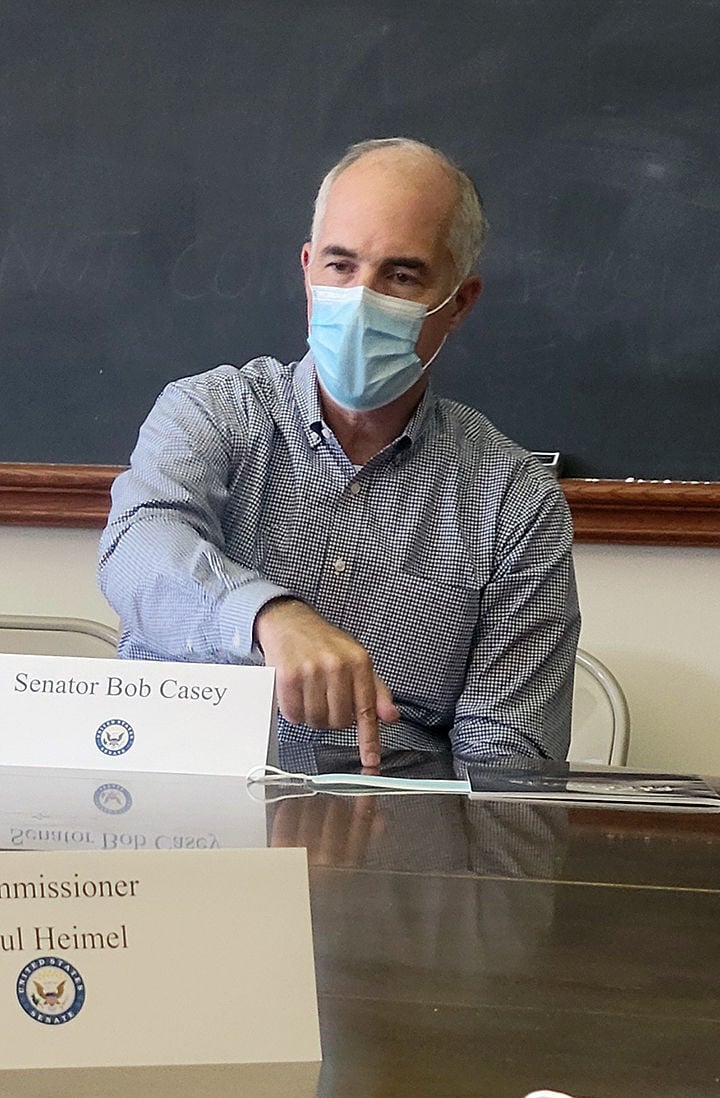 “It’s good to be with the commissioners, because you can get a firsthand report for the county on what are the most important issues that they’re working on,” Casey said. “When it comes to something as big of a topic as infrastructure, it’s helpful to hear that from them.”

During his meeting with Potter County Commissioners in Coudersport last Thursday, Aug. 26, Casey offered information about the Infrastructure and Jobs Act recently passed by the Senate. The Act is expected to pump $550 billion into America’s roads, bridges, internet systems and more over five years. Of that total, according to a fact sheet provided by Casey, Pennsylvania is slated to receive:

• $11.3 billion for highway improvements and $1.6 billion for bridge replacement and repairs

• $171 million to expand access to charging stations for electric vehicles

“What we don’t know yet is how Potter County can access some of that,” Casey told commissioners. “But we want to be helpful in anyway we can with the application when the time comes.”

Commissioner Paul Heimel told Casey the county’s Broadband for All initiative is collecting data from residents, businesses, municipalities and schools to determine how many people are without reliable high-speed internet connections. They’ve also applied for separate funding through the U.S. Department of Transportation’s Infrastructure For Rebuilding America program, but are also awaiting to see how much the Infrastructure Act could help.

Casey said, “Obviously, in terms of an infrastructure-related issue in rural counties is broadband or lack of broadband or lack of connectivity or high-speed internet. I’ve seen it here firsthand that counties have had to come up with their own strategy to achieve better broadband circumstance for families, for businesses, for kids so they can do their homework. The federal government has provided some funding, but we needed to provide even more and that’s why this infrastructure bill is important.”

As for physical infrastructure, Casey said the Act is the largest dedicated bridge investment since the construction of the interstate highway system. However, he said bridges in smaller communities not covered by federal funding need more help.

“You have a lot of bridges in small towns and rural areas that are not on the bigger system national highway system or even on PennDOT’s long-term plans. They’re sometimes called off-system bridges, or county bridges,” explained Casey. “We’re trying to get more money for off-system bridges, because some communities might not have 30 bridges, but the two or three they do have are vital. It could be the bridge that takes the school bus every day or the bridge that takes that emergency vehicle to the hospital. Those are communities that need that kind of infrastructure investment.”

In June, Casey cosponsored the bipartisan Support for Community Bridges Act, which would set aside a percent of federal highway funds to target structurally deficient bridges in small communities. He said this is his second such initiative; with the first setting aside around $69 million for small bridges in the state.

Heimel said public transportation already available in Potter County is severely under utilized, with many residents not knowing the service exists.

“I’ve heard from Airbnb owners that are putting in chargers for electric cars themselves. They’re hearing from tourists they won’t come here because the closest charger is 70 miles away,” he said.The fact sheet Casey provided says this element of the Infrastructure Act will facilitate more long-distance travel by building the first national network of EV charging stations. It’s also expected to increase the U.S.’s market share of plug-in electric vehicles, which is currently only one-third the size of China’s EV market, while helping to address the climate crisis and support domestic manufacturing jobs.

While the Infrastructure Act was the major topic of discussion, commissioners shared other concerns with Casey. They told him that some municipalities refused to apply for American Rescue Plan funding due to cumbersome reporting processes, the county plans to retrofit the basement of its jail into a re-entry center and that they’re concerned about the proposal to allow low-level military training flights over the county.

Casey said he would look into these issues, such as how his office can assist with securing funding and helping with reporting and paperwork.

“It’s just great to be able to sit down with the commissioners to hear the things they’re working on and how we can help,” said Casey.

Mostly sunny skies this morning will become overcast during the afternoon. High 69F. Winds SSW at 5 to 10 mph.

Photos from the Sept. 9 issues are now online

Photos from the Sept. 2 papers are online

Photos from the Aug. 19 papers are available for viewing

Photos from the Aug. 12 newspapers are ready for viewing