An archer poses beside a bighorn sheep target at Penn York Archery. 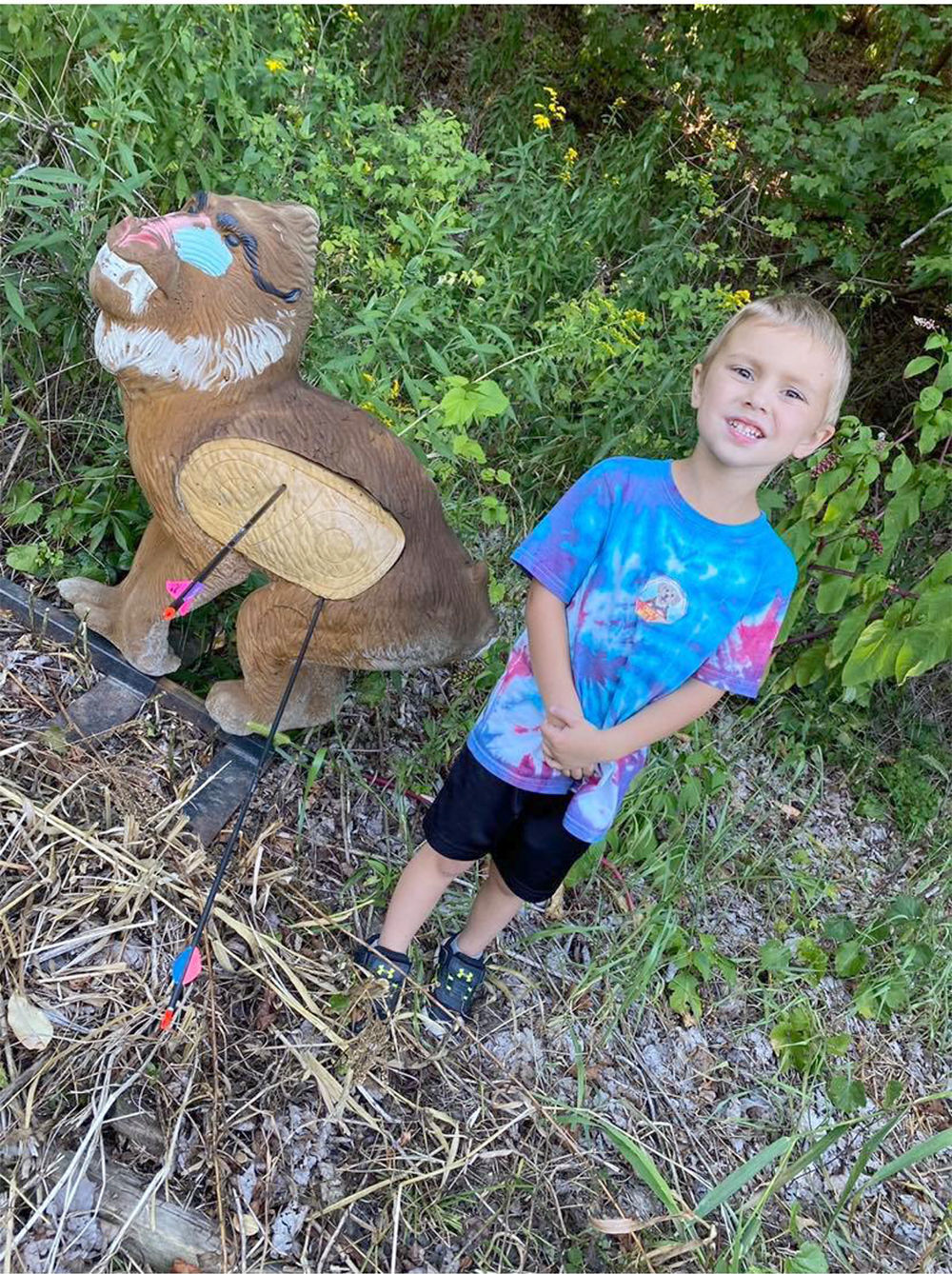 This youngster stands beside his target and arrows he placed in it.

An archer poses beside a bighorn sheep target at Penn York Archery.

This youngster stands beside his target and arrows he placed in it.

Archers who are looking to improve their skills or enjoy a day of archery should check out the six Penn York 3D Archery Clubs in the Northern Tier of Pennsylvania and Southern Tier of New York State.

“Being able to watch an arrow go down through the woods is pretty cool,” said Dennis Sheehan, president of the Penn York 3D Archery Club. “And it’s quieter than guns.”

Three-D archery entails shooting at models of game in the woods; it is primarily practice for bow hunters who wish to improve their aim before an actual hunting season begins. Three-D archery emulates hunting situations, shot placement and other skills.

“We cover about five counties in the Northern Tier and Southern Tier,” said Sheehan, who has been involved with the club for 25 years.

Penn York 3D Archery was founded in 1991, and welcomes archers of all ages and abilities. Formal membership is not required to participate in shoots.

“We’re open to the public, to anyone who wants to go out and play with bows and arrows,” said Sheehan.

Each club hosts five shoots per year, from January to just before September. The clubs pause in the fall to give members a chance to demonstrate their bow skills during the fall hunting season.

Both Sheehan and Teresa Penner, a long-time participant and archery enthusiast, encourage involvement of children and teens.

“Kids can shoot for the club minimum, two or three dollars,” said Sheehan. “We need kids, because that’s where we’re headed if we want to grow.”

The six 3D archery clubs collaborate with youth hunting groups such as the Youth Hunting Education Challenge and other local youth hunting organizations.

“I just love that I see whole families out enjoying the sport of archery together — parents with children, grandparents with grandchildren, grown children with their parent,” added Penner. “Just recently we saw a group of teenage boys out competing together. It’s such a healthy thing for anyone to do.

According to Sheehan, North Penn 3D could use more women.

“Husbands think they want their wives to join them and within three, four months the women are outshooting the man, and the men make it so difficult that the women don’t want to come anymore. I’ve seen it happen a million times,” said Penner.

The archery clubs also host competitions, where participants donate their points to a specific club.

“We don’t belong to any one club,” said Penner. “My points are given to the club that is hosting the shoot each Sunday. (My husband) and I enjoy trying to help each club, not just one. The clubs hold a yearly banquet honoring the top-scoring club, and share a traveling award.

“Getting outside and camaraderie of archers is great,” said Sheehan. “It’s a nice walk in the woods.”

Penner added, “I’ve met so many people from all over the area and made new friends. I just absolutely love this sport.”

North Penn 3D Archery is a nonprofit organization, with a board of directors comprised of leaders from each of the six clubs. For more information, shooting locations, and the 2021 schedule, visit pennyork3darchery.com or call 607-742-1370.

Photos from the April 8 papers are now online

Photos from the April 1 edition are now online

Photos from the March 18 newspapers are now online!