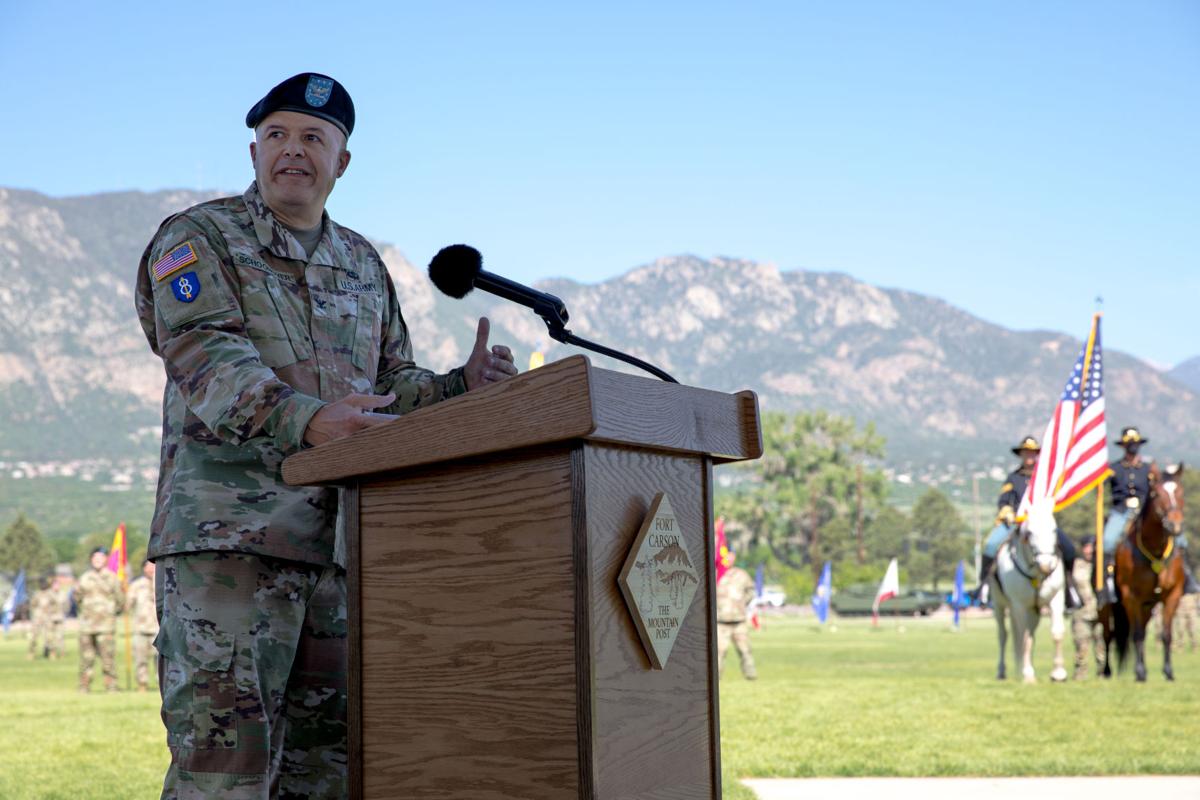 Col. Michael Schoonover gives his welcoming speech during the change of command at the Founders Field in Fort Carson, Colo., June 9. 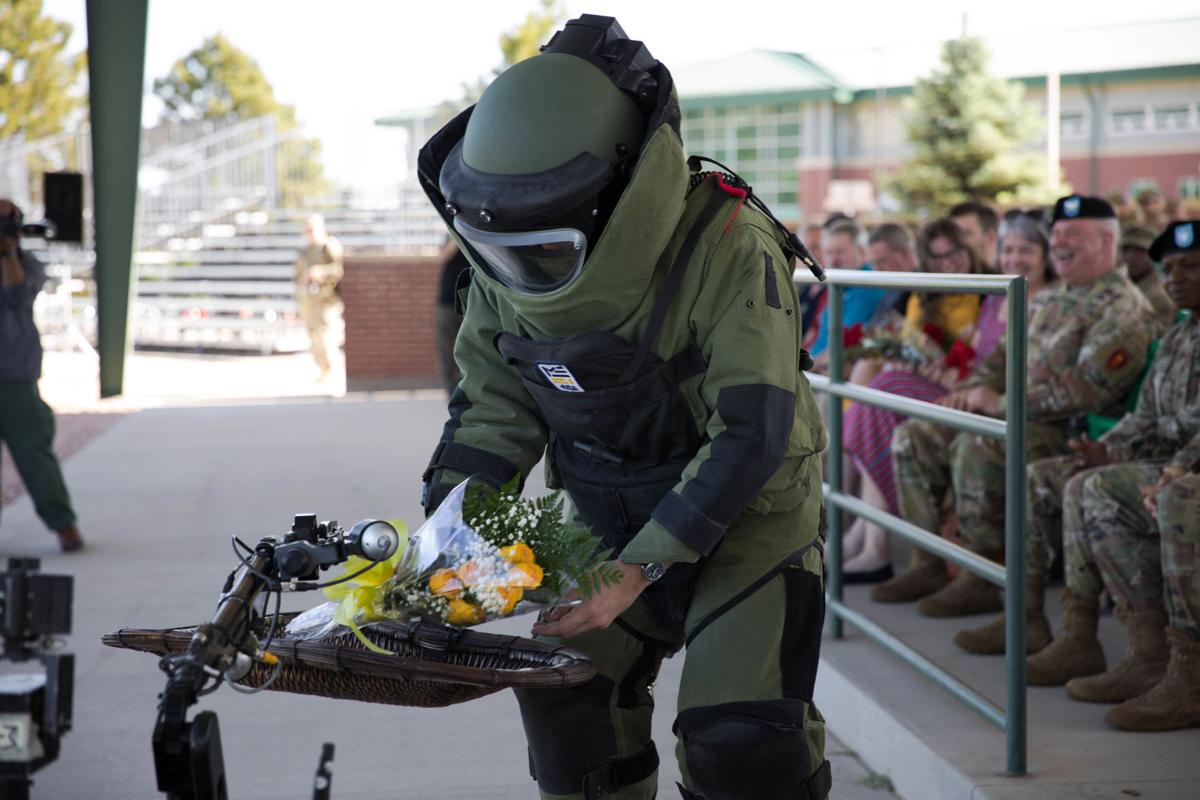 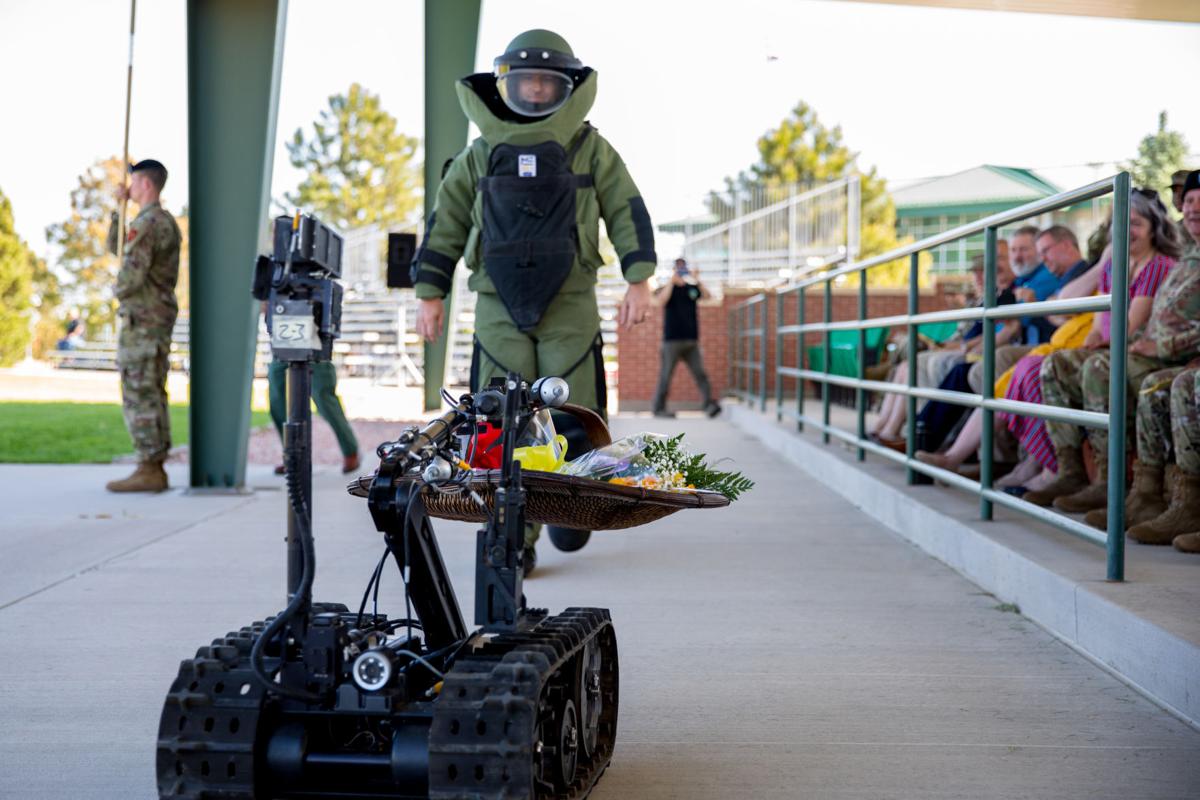 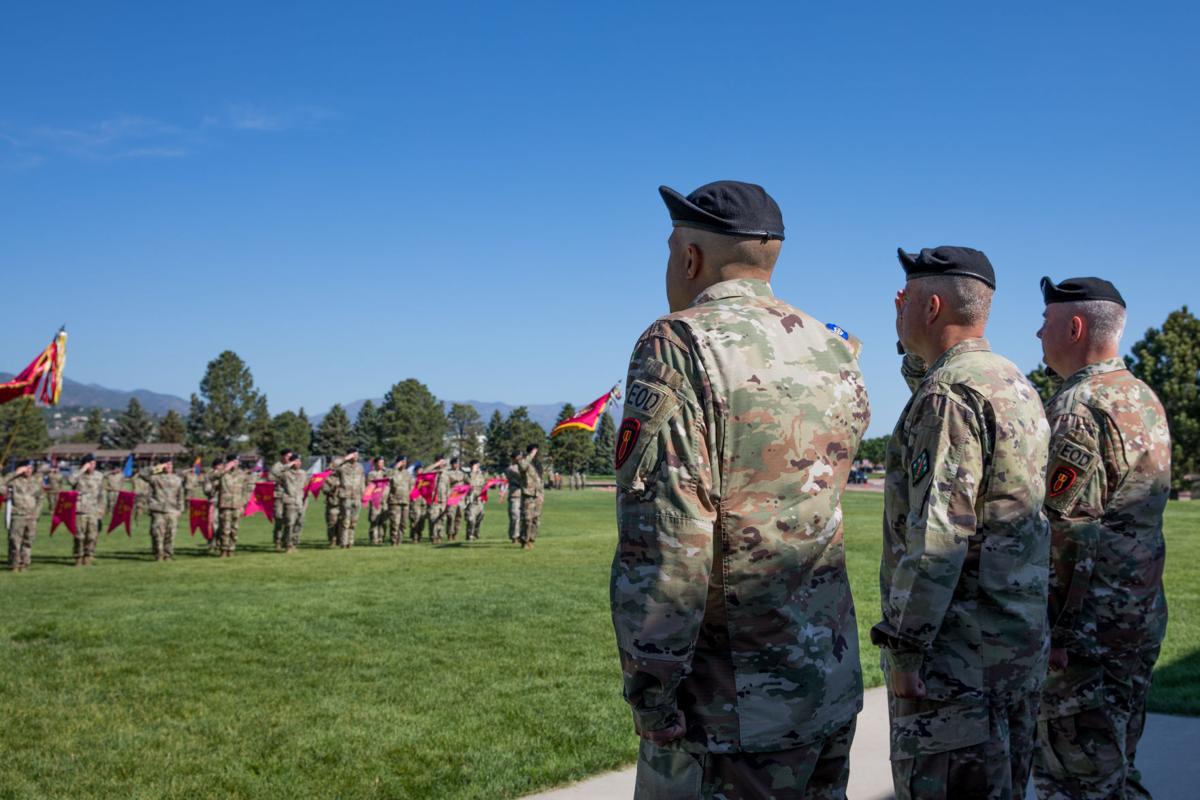 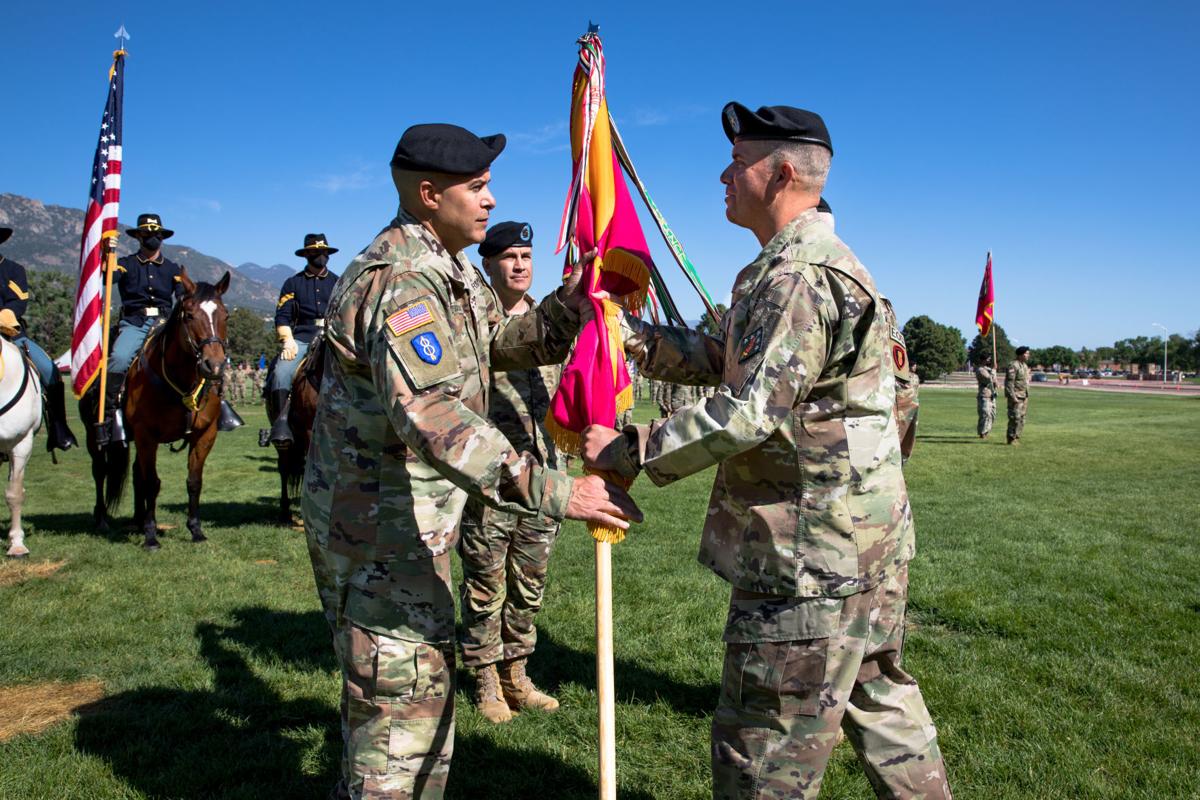 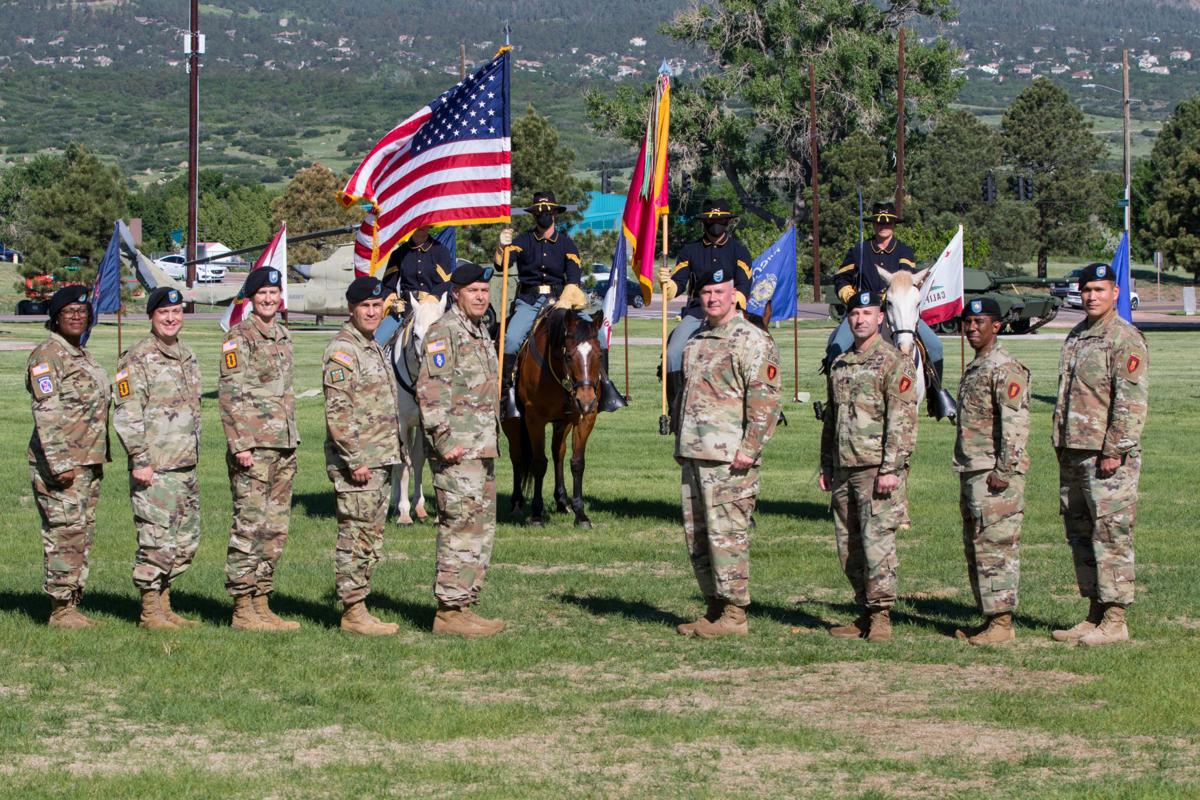 Col. Michael Schoonover gives his welcoming speech during the change of command at the Founders Field in Fort Carson, Colo., June 9.

The 71st EOD mission is to deploy and conduct operations in support of combatant commanders or other government agencies to counter CBRNE and weapons of mass destruction threats.

Col. Michael Schoonover, a native of Gold, arrived to the Mountain Post from the Army Sustainment Command, where he served as the director for Mobilization, Power Projection Operations Directorate. Col. Schoonover is the son of Daniel and Jacqueline Schoonover and a graduate of the Northern Potter High School.

“There is no doubt that you have left an undeniable mark on the ‘Raptor Nation’ ... The largest and during his time the most called upon EOD group in the Army,” said Schoonover. “I personally thank you for your leadership, which set conditions for the numerous successes achieved by the group, over your nearly three-year command, thank you for such a great unit.”

Green welcomed Schoonover to the 71st EOD and spoke about the group’s accomplishments and capabilities. The group has three battalions and 18 companies that provide EOD support both overseas and in the U.S. with its homeland defense mission.

“I wish you all the best during your command, it really is the best job in the Army, a group which is comprised of battle-hardened, technical specialty operators who bring both technical and tactical capabilities to the cutting edge of the battlefield,” said Green. “I would serve with all of them again, if only I could.”

Schoonover is taking on a vast area of responsibility with 71st EOD units spread across 11 major installations and mission responsibilities in 23 states as well as overseas contingencies.

“I am well aware of the great gift that has been given to me today and 71st EOD Group will continue to hold the high standards set by the soldiers,” said Schoonover.