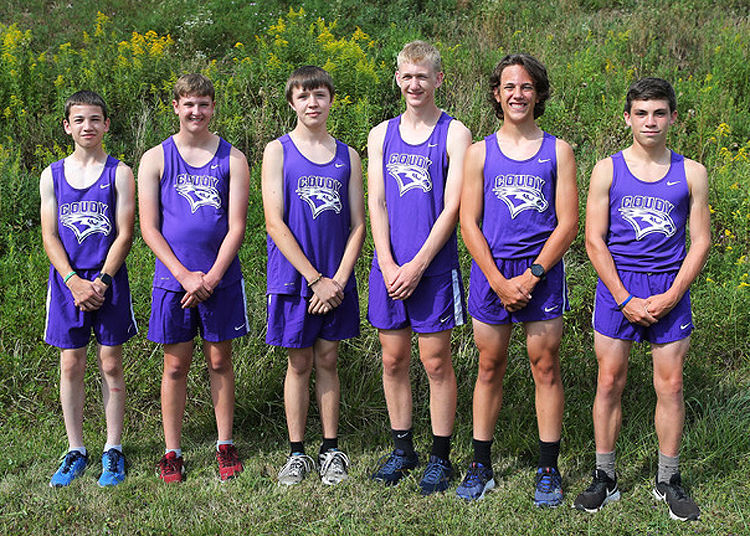 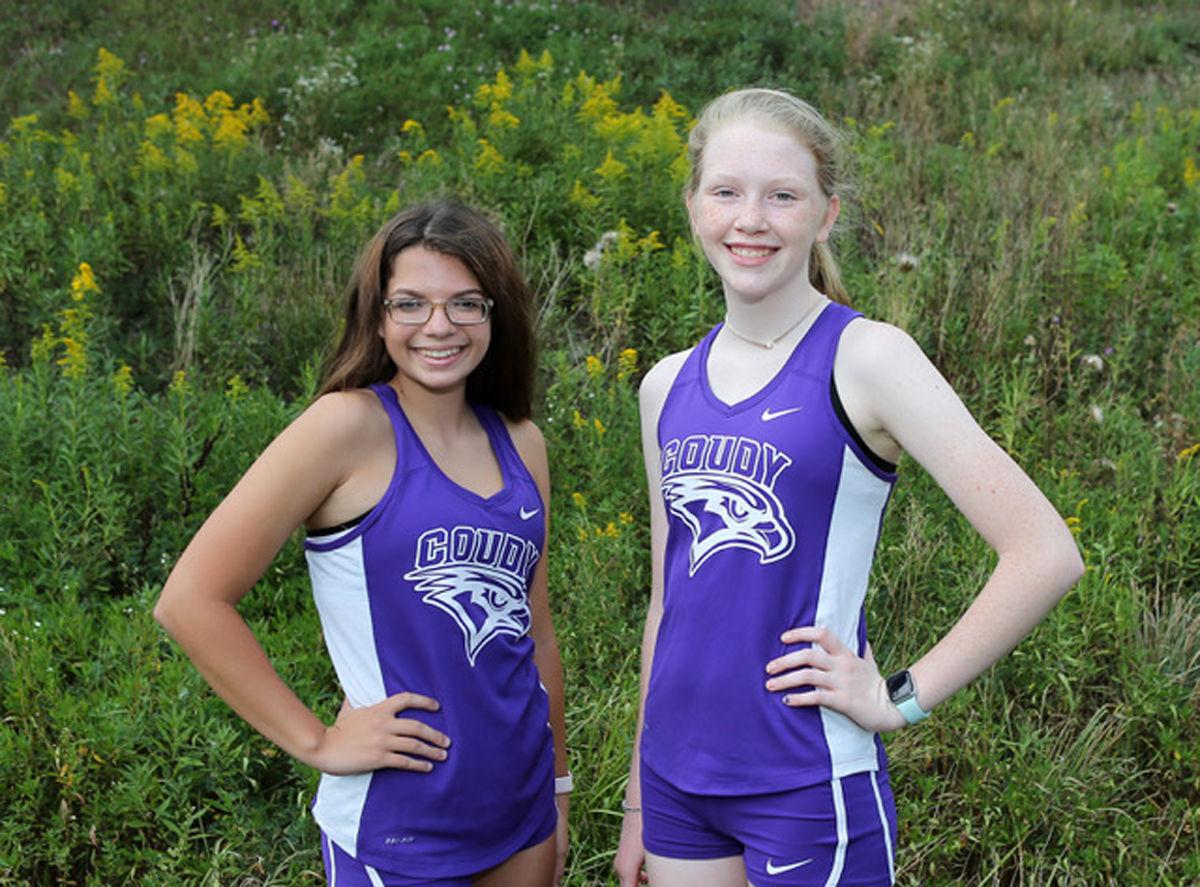 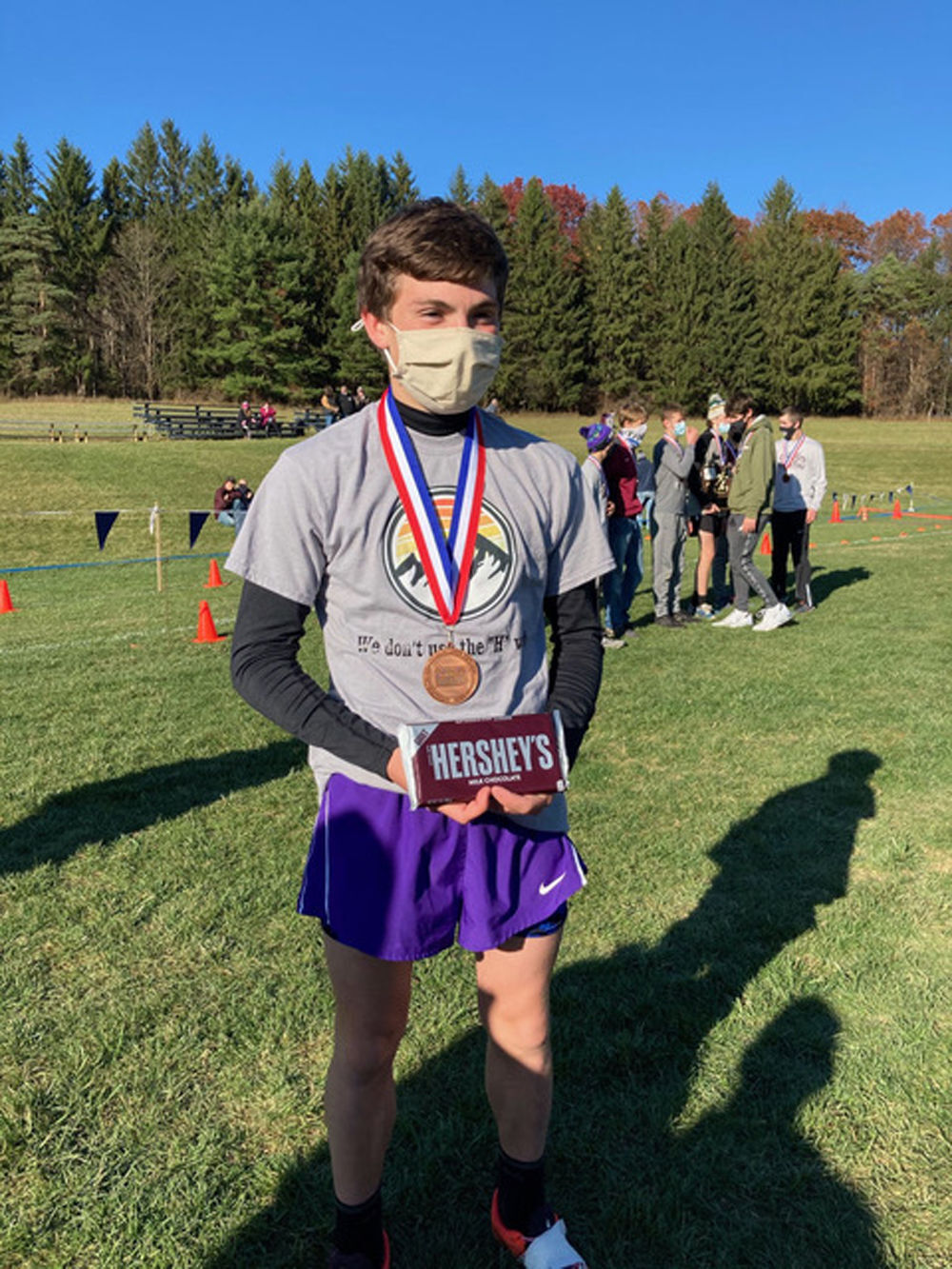 The Coudersport Falcons cross country team adapted to a different type of season in 2020 and saw steady improvement throughout the year on their way to a successful campaign for both the junior high and varsity runners.

“We had a great cross country season this year and I feel blessed to have sports this fall under the current circumstances,” Coudersport cross country Head Coach Adam Clinger said.

The Falcons were able to take full advantage of the opportunity presented to them this season, with not only individual success, but also runners showing constant improvement throughout the season.

Headlining the Falcons runners in 2020 was freshman Kevin Sherry, who burst onto the scene as one of the top cross country runners in District 9 with a third place finish in the District meet and getting the opportunity to compete in the PIAA cross country state championships this year.

Sherry put together a stellar time during the meet, finishing in 17:34 and propelling himself to a third place finish on the biggest stage as a first-year cross country runner.

“One athlete at the District Championship meet in Brookville placed third overall and advanced to the State Cross Country Meet in Hershey,” Clinger said. “In a typical year this is quite an accomplishment, however, due to COVID they only took a select number of athletes to the state meet this year.”

With the field of competitors cut from 10 to six in 2020, Sherry made the short list of runners who got to compete at the next level and took home a 54th place finish at the meet with a time of 18:40.

Though Sherry was the top-runner for the Falcons in 2020, they saw many runners that continuously improved their times and competed at a high level during the year.

Lone-senior Isaac Burr was the embodiment of improvement for Coudersport, and after not competing in the first two races he steadily improved his time in almost each and every meet.

Burr finished his first race of the season with a time of 25:59 and by his third-to-last race was able to shave an incredible 4:16 off his time for his season-best 21:43 at ECC and notched at 22:14 time during their District 9 Championship race.

“I would first like to state that our only senior this year (Burr) made massive strides toward improving his overall performance,” Clinger said. “I feel like we just started to scratch the surface and get into running, and I’m sad to see him go, but proud of all of his accomplishments.”

The improvement in just one season is impressive, but even more more so when looking at where he started, and according to Athletic Director John Sherry, went from a 37-minute time to his season-best 21:43 in 2020, shaving almost 16 minutes off his time during his career which is almost the equivalent of an entire race.

For the girls cross country team, the Falcons only had two runners, and first-year runner and junior Morgan Rapp was yet another competitor who showcased constant improvement as the season went on.

Rapp started the season running a 30:30 time in the season opener and cut that down to 26:46 in the closing races of the year. She also finished with a time of 28:13 in the District Championships.

Emma Chambers also had a solid season on the girls cross country team and ran her season best in the District Chmapionship with a time of 25:07.

Clinger also wanted to recognize the runners from the junior high teams in 2020, who also showcased the same steady improvement as the year went on.

Two runners on the junior high boys team who anchored the group were first-year runner Michael Mureddu and Brandon Crosby, who both had strong seasons for the team.

On the girls side, Lilly Clinger and Kya Abel, who were the only two runners for the girls junior high team, also were able to improve as the season continued in 2020.

“I couldn’t be more proud of both our Junior high boys and girls cross country teams,” Clinger said. “They all progressed throughout the season and I feel like that if we had a league meet this year, our boys team was in contention to win the league. I look forward to most of them progressing to varsity next season.”

The Coudersport Falcons will look to their large class of junior high runners, as well and a large and strong returing class of runners as they continue their consistent improvement heading into the 2021 season.

The Falcons return all but one runner next season with Burr the only cross country runner scheduled to graduate and have seven runners currently on their junior high team.