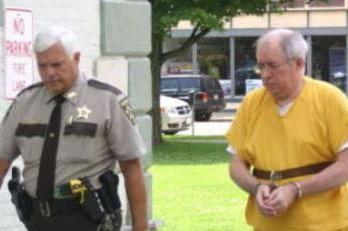 Greg Eldred appeared in Potter County Court on July 10, 2013 to enter a guilty plea in the December 2012 murder of Darlene Sitler. 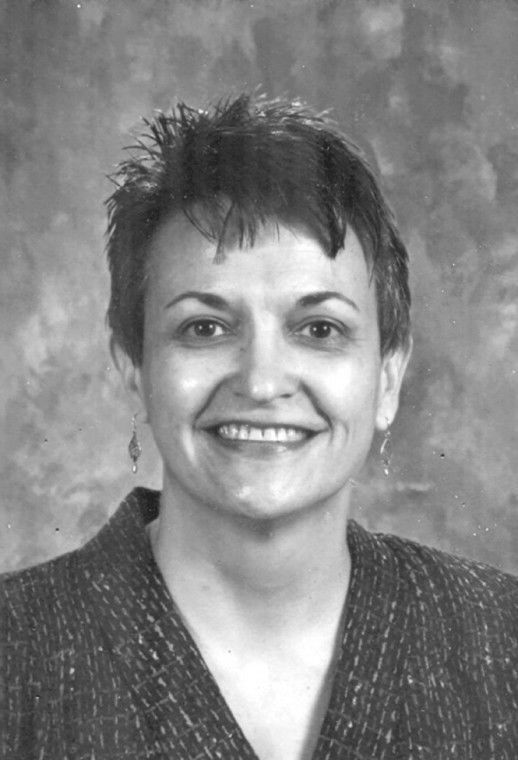 Greg Eldred appeared in Potter County Court on July 10, 2013 to enter a guilty plea in the December 2012 murder of Darlene Sitler.

Editor's note: This article contains sexually explicit and disturbing content that may be unsuitable for children and emotionally disturbing to adults.

Eldred was charged and convicted of murder of the first degree by Watson, and sentenced on July 16, 2013, to life imprisonment without the possibility of parole.

As stated in previous press releases by the District Attorney, the apparent motive for this crime was that Eldred believed Sitler had reported to the FBI that he was in possession of child pornography.

Watson sought to further examine this motive and was able to do so after evidence collected during a federal search of Eldred’s residence was provided to this office by the FBI. The evidence consisted of 11 large boxes containing hard drives storing masses of data, to include thousands of photographs and other pieces of evidence.

What follows is a timeline and background information, much of it derived from the report of criminal investigator David Surra, currently Lieutenant Surra, with the Pennsylvania State Police.

On Friday, Nov. 30, 2012, at approximately 7:10 a.m., the Federal Bureau of Investigation Williamsport Resident Agency served a federal search warrant on Eldred’s residence at 447 Dutch Hill Road, Eulalia Township, Potter County, in furtherance of a child pornography investigation. The same day, the FBI notified Eldred’s then-employer, Coudersport Elementary School, where Eldred was the music teacher, of the search warrant, and Eldred was immediately placed on administrative leave.

The FBI case agent also attempted to contact Sitler to advise her of the search warrant and obtain prior history of their marriage. As she could not be reached, a message was left requesting that Sitler contact the agent.

On Saturday, Dec. 1, 2012, Sitler contacted the FBI agent and was notified of the search warrant and ongoing investigation. She told him that the reason for her divorce with Eldred was his addiction to adult pornography and that she was not aware of Eldred being involved with child pornography.

Following her call with the agent, Sitler contacted her attorney and three close friends, advising them of her conversation with the FBI. She expressed her concern that Eldred would wrongly believe she was involved in notifying the FBI.

At approximately 11 a.m. the next day, Dec. 2, 2012, Eldred entered the First Presbyterian Church in Coudersport, where Sitler was playing the organ during a church service, and fatally shot her.

Immediately after Sitler’s murder, PSP transported Eldred to the PSP barracks on Denton Hill. At that time, he was Mirandized and made various admissions to shooting and killing Sitler.

In a subsequent interview on Dec. 8, 2012, Eldred discussed his 1988 marriage to Sitler, as well as their 2010 divorce. He affirmed that Sitler sought the divorce due to the extent of his interest in adult pornography.

Eldred also discussed the events of Nov. 30, 2012, when the FBI served their search warrant on his residence. He described both his embarrassment at what passersby might think of the FBI’s presence, and his initial belief that he’d survive the search “OK” and “was in the clear.” He then described FBI agents coming downstairs and telling him they’d found child pornography.

Eldred stated that he thought Sitler “squealed” on him, that she was dealing with the FBI and was behind this.

He said he went to bed and, after tossing and turning, had a “new dream” that was ”really realistic”; he described going into the church where Sitler was playing the organ, where he would shoot her three times then run out of this building, lay his gun down, hold his hands up and wait for the police. Eldred was asked if it was a rehearsal in his mind, to which he replied yes, stating “you have to do it, it has to be done.”

Eldred stated he wasn’t sure exactly when he discovered the gun was still in his house, as he thought the FBI had taken it. He said that when he woke up Sunday morning, Dec. 2, 2012, he had it in his head that the FBI or police were going to come back and take his guns. He said he had a sense of urgency, that if he was going to do anything, it was going to be that day. He then followed through on his plan.

These facts, gleaned from the state police investigation and the defendant’s admissions, still left the unanswered question of what was in the evidence. What items did the FBI seize and what were their true contents?

Watson, in the hopes of providing the truth and closure to this matter, undertook the task of retrieving and analyzing those 11 boxes of evidence.

Due to the volume of evidence and because Eldred had attempted to delete numerous files, an experienced analyst was brought in to assist with the massive task, with a large amount of deleted and otherwise inaccessible data successfully retrieved, the press release stated.

Consistent with the State Police investigation and the defendant’s own admission, the body of evidence supports that Eldred’s motive for murdering Sitler was indeed his belief that Sitler had initiated an investigation into Eldred for possession of child pornography and was working with the FBI.

Pursuant to the investigation, Eldred himself is solely responsible for the initiation of the child pornography case. His online activities led the FBI to further investigate, obtain the federal search warrant, and contact Sitler.

"I thought long and hard about how much to disclose with regard to the analyzed evidence. The images are so horrifying and upsetting I do not feel that it would be appropriate or beneficial to the community to disclose additional specifics. I hope that I have given a concise and informative summary of the evidence that can help our community and the congregation of the First Presbyterian Church to finally have closure," Watson wrote in the release.

"While I did not know Darlene Sitler personally, I have talked to many members of the First Presbyterian Congregation, fellow teachers where she worked at Northern Potter, and members of the community who knew her. Darlene was a kind, compassionate Christian who was admired by her students. My thoughts and prayers remain with everyone that knew Darlene and to the community at large that had to deal with this unprecedented, terrible tragedy that affected us all," he wrote.

"I wish to thank Lieutenant Surra, the FBI, and the Commonwealth’s expert that assisted in this investigation and the analysis of this evidence. Most of all, I would like to ask the community, each December 2, to remember Darlene and what she meant to our community."

Rain likely. Cooler. High around 60F. Winds light and variable. Chance of rain 100%. Rainfall around a half an inch.

Intervals of clouds and sunshine. Slight chance of a rain shower. High 63F. Winds WSW at 15 to 25 mph.

Photos from the Sept. 10 newspapers are ready for viewing

Photos from the Sept. 3 paper are ready for viewing

Photos from the Aug. 13 newspapers are ready for viewing!