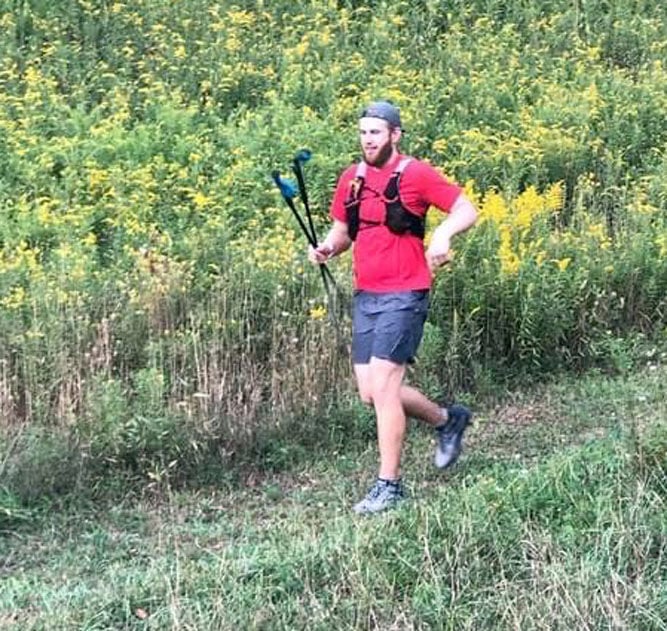 Koloman Erway makes his attempt at completing the 84-mile Susquehannock Trail in the fastest known time. 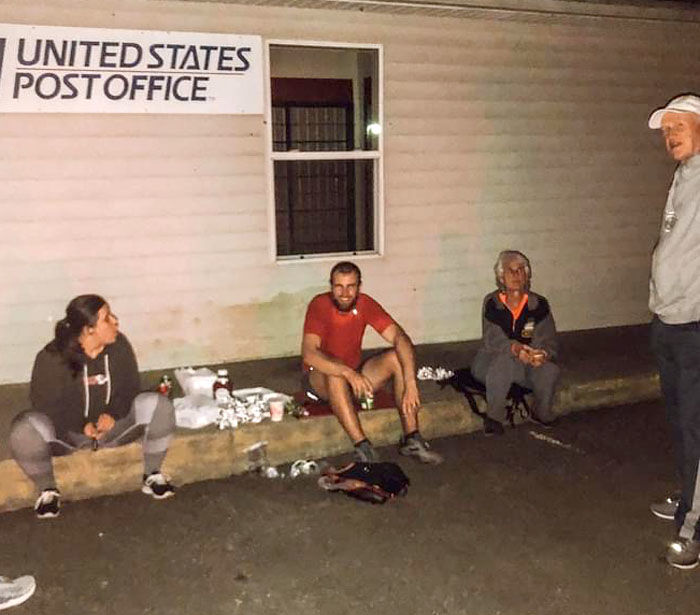 Koloman Erway prepares for his run on the 84-mile loop trail. 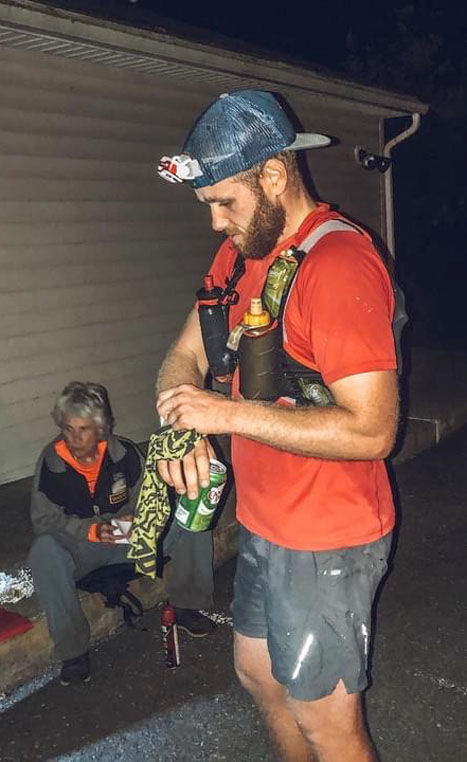 Koloman Erway checks his equipment in preparation for his run of the entire Susquehannock Trail. 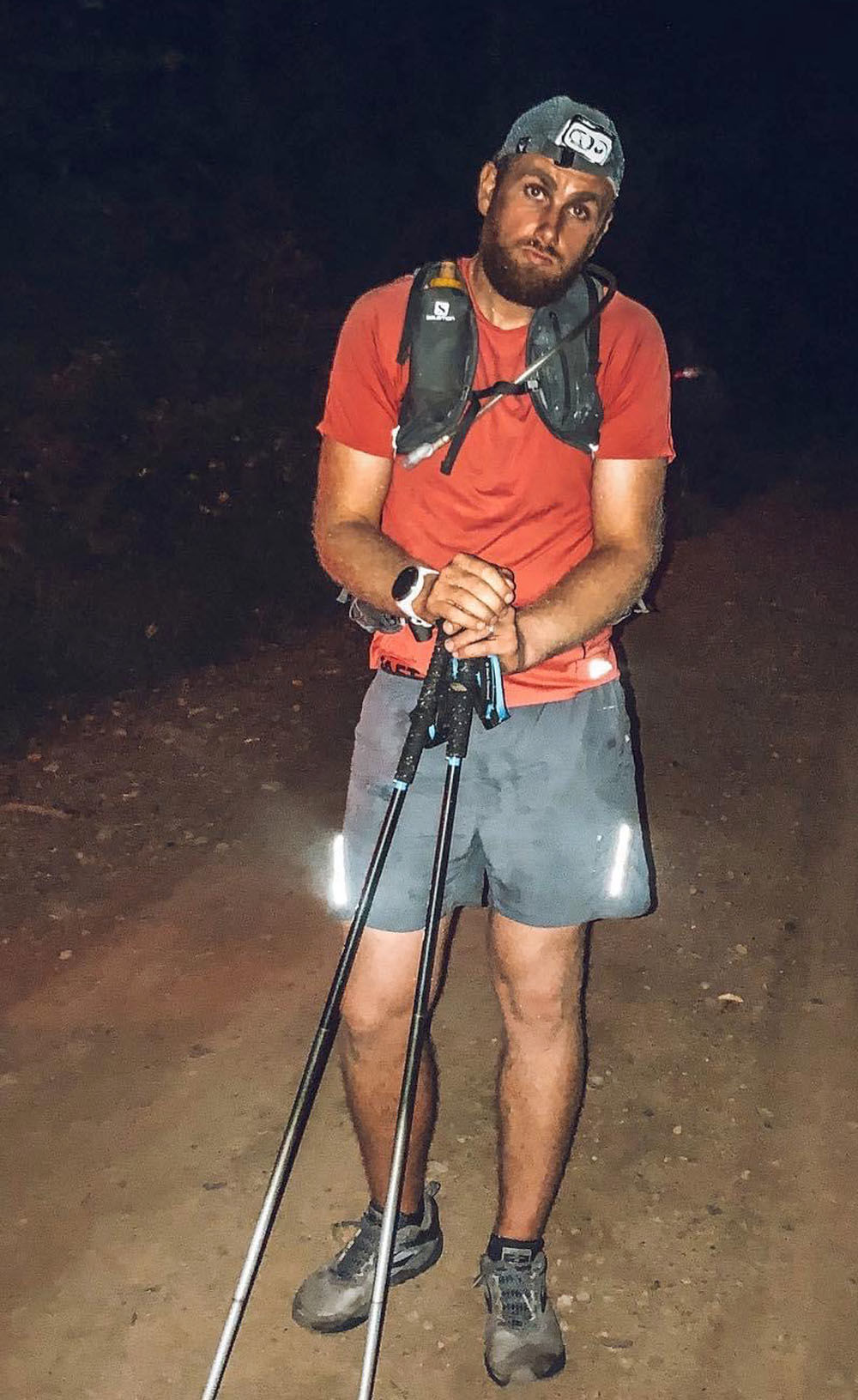 With running gear and lights, Koloman Erway prepares for the 5 a.m. start to run the Susquehannock Trail. 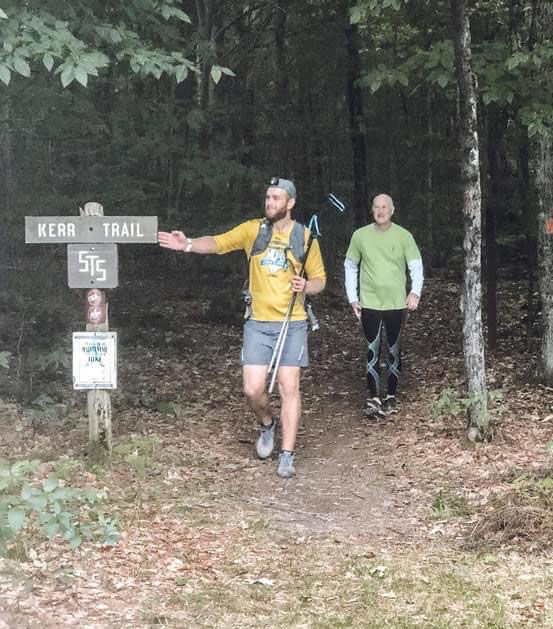 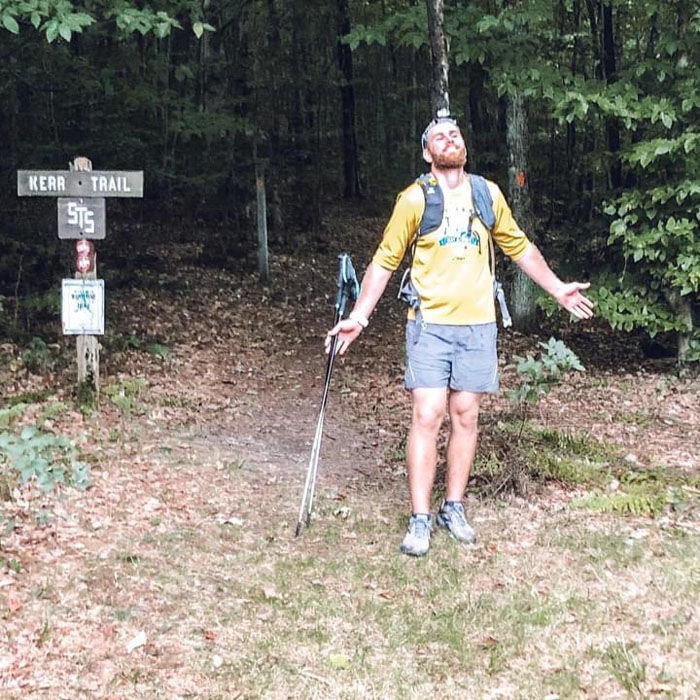 Koloman Erway gestures after completing the Susquehannock Trail in 27 hours. 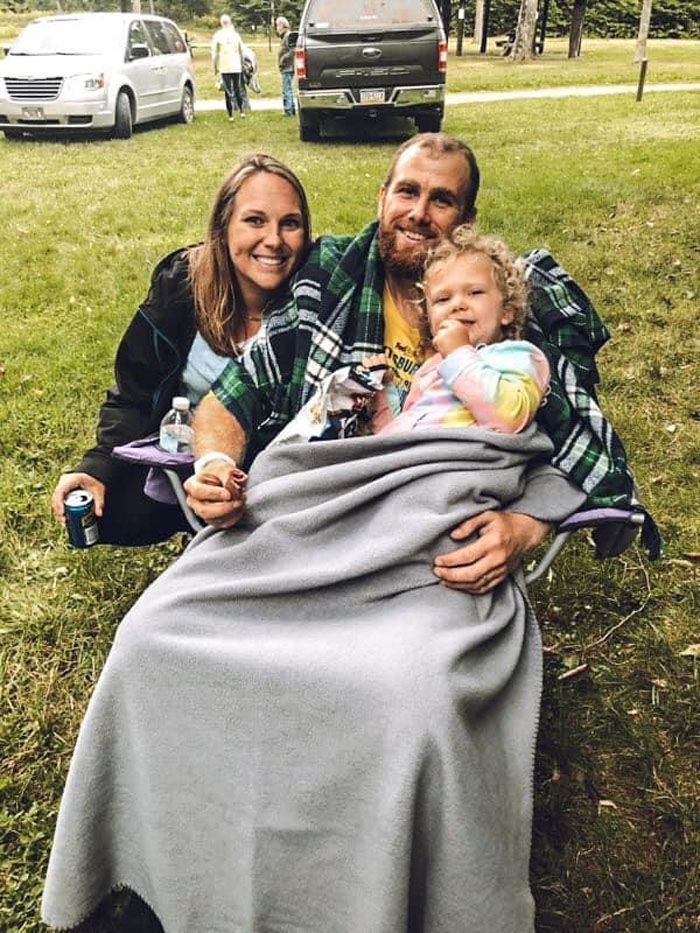 Koloman Erway celebrates and recovers with his family after completing his attempt to run the Susquehannock Trail.

Koloman Erway makes his attempt at completing the 84-mile Susquehannock Trail in the fastest known time.

Koloman Erway prepares for his run on the 84-mile loop trail.

Koloman Erway checks his equipment in preparation for his run of the entire Susquehannock Trail.

With running gear and lights, Koloman Erway prepares for the 5 a.m. start to run the Susquehannock Trail.

Koloman Erway gestures after completing the Susquehannock Trail in 27 hours.

Koloman Erway celebrates and recovers with his family after completing his attempt to run the Susquehannock Trail.

Many would consider running 84 miles to be a test of physical endurance, it was as much a spiritual journey for one man.

“It was an adventure. It was a good time,” said Erway.

He completed his run on Sept. 6-7, finishing in a time of 27 hours, 22 minutes and 44 seconds. He now holds the fastest known time for completing the trail and will submit his records to the website, Fastest Known Time (fastestknowntime.com).

Multiple paths brought the 30-year-old to Patterson Park at 5 a.m. Sept. 6. He recalls being inspired by his grandmother, Dorothy Erway, a member of the Susquehannock Trail Club who first took him and his siblings on hikes.

Then there was his addiction to drugs and alcohol during his young adult years, and becoming sober while attending Penn State University.

“(My grandmother) passed away the year I got sober back in 2010,” Erway said. “She was the first one to tell me about the Susquehannock Trail.”

He began running as a way to heal both physically, spiritually and emotionally.

“I initially began running as a vain endeavor, but found that it quickly turned into an emotional and spiritual pursuit,” wrote Erway in an essay about why he ran the trail. “I discovered my higher power in nature, and trail running allowed me to connect my mind and body in ways that I never thought possible.”

After graduation, Erway moved to Washington state, got married and discovered trail running.

“For me, it’s proving to myself that I can do more than I think I can,” he said. “There are points through longer runs when you think you can’t take another step and you have another 10 miles to go. You think, ‘It’s not possible I can make it,’ but you break it down to smaller goals and you’re able to work through that mentally. It gives you a sense of accomplishment that I haven’t gotten from anything else physically.”

Moving back to Pennsylvania two years ago after the birth of their daughter, Erway was able to revisit his hometown more frequently and remember his grandmother. Unable to make amends, he wanted to identify with her on a deeper level and decided to run the trail. It would not be a walk in the park.

“It’s mostly a single track trail. There’s some definite steep climbs,” Erway said. “For the most part, the northern and eastern sections are all very runnable except for some steep climbs. The western section has a lot of roots and rocks and trail gets really narrow in some areas. 6-8 inches wide so watch your step so you don’t slide down the cliff there.”

Throughout the summer, he traveled to Coudersport to train and familiarize himself with the trail. He decided to begin the attempt at Patterson Park instead of the trailhead on Denton Hill for two reasons: it would eliminate the half-mile hike to the trailhead, shortening the total distance, and be easier for his eight-month-pregnant wife to be at the finish line. Patterson also had the convenience of parking, restrooms and campsites, making it easier for his crew to be there.

He credits his family, friends and crew with providing the help and moral support he needed to complete this challenge. He thanks the ST Club members for preparing the trail for the run.

“I definitely couldn’t have done it alone,” he said. “There were so many people who helped out before the run, during the run and after the run. I feel a lot of love from people in Potter County and everyone in the area.”

It took several days for Erway to recover physically. He said Friday was the first day he felt “back to normal.”

With his second child due Oct. 22, another long-distance trail run is a few years off. However, he hopes his journey inspires others.

“I just think the Susquehannock Trail is such a beautiful loop. It’s definitely longer than some people want to do, but just hiking is an option or there are so many different connecting trails,” he said. “If your readers get anything from this, I hope they realize there are so many beautiful trails in this part of the country that are not taken advantage of as much as they could be.”

Photos from the Oct. 1 paper are ready for viewing

Photos from the Sept. 24 papers are ready for viewing

Photos from the Sept. 17 newspapers are ready for viewing