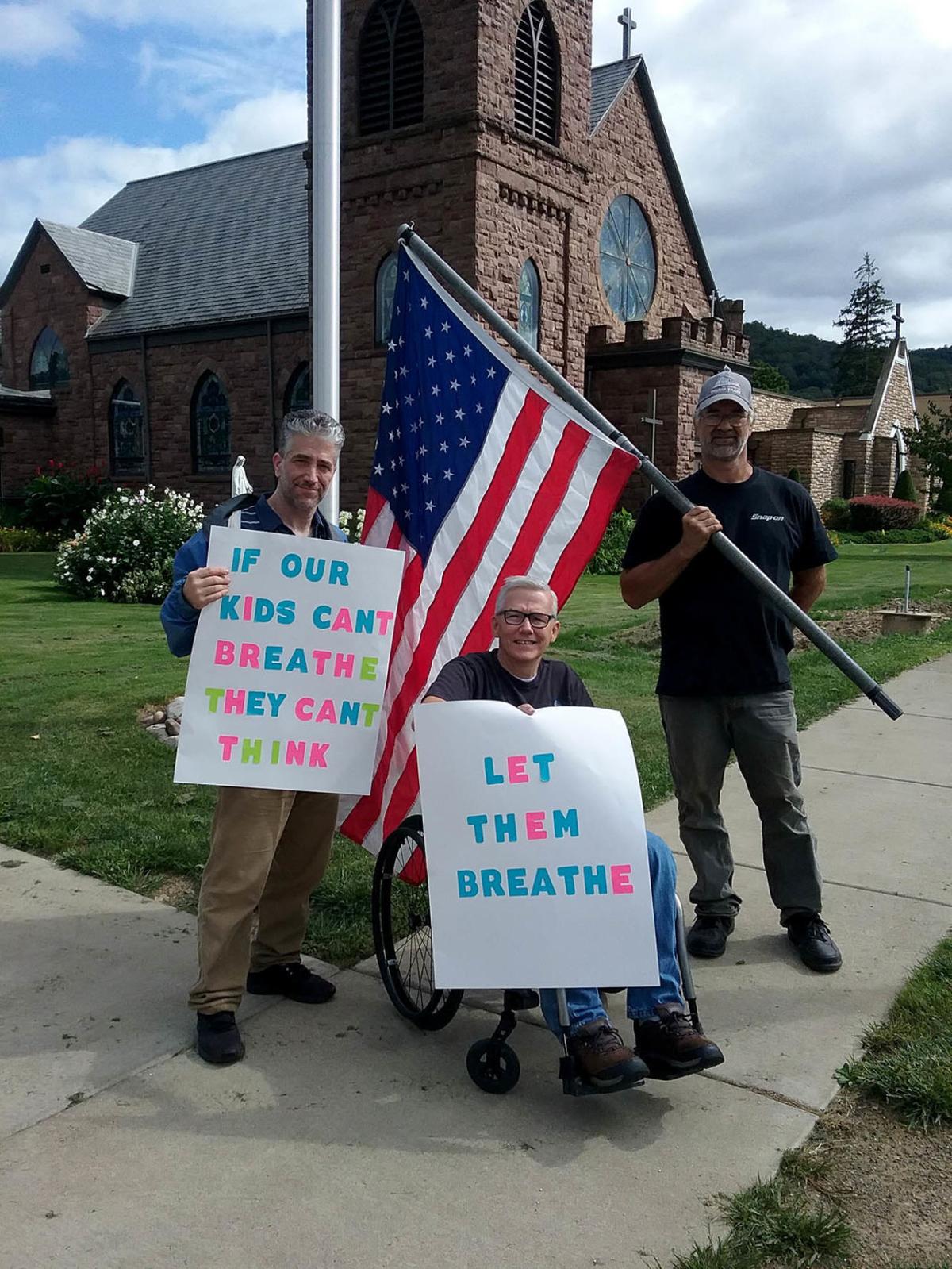 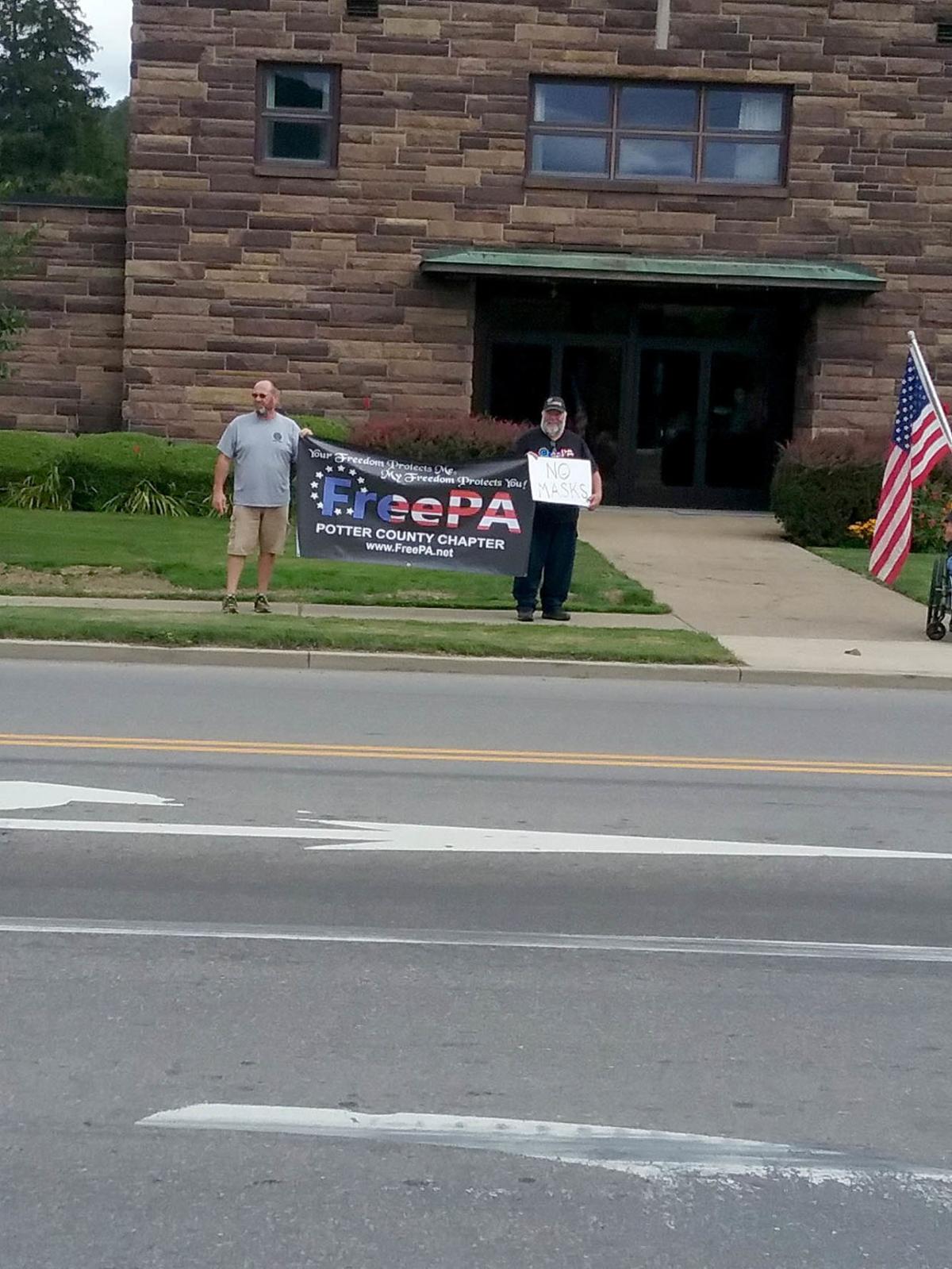 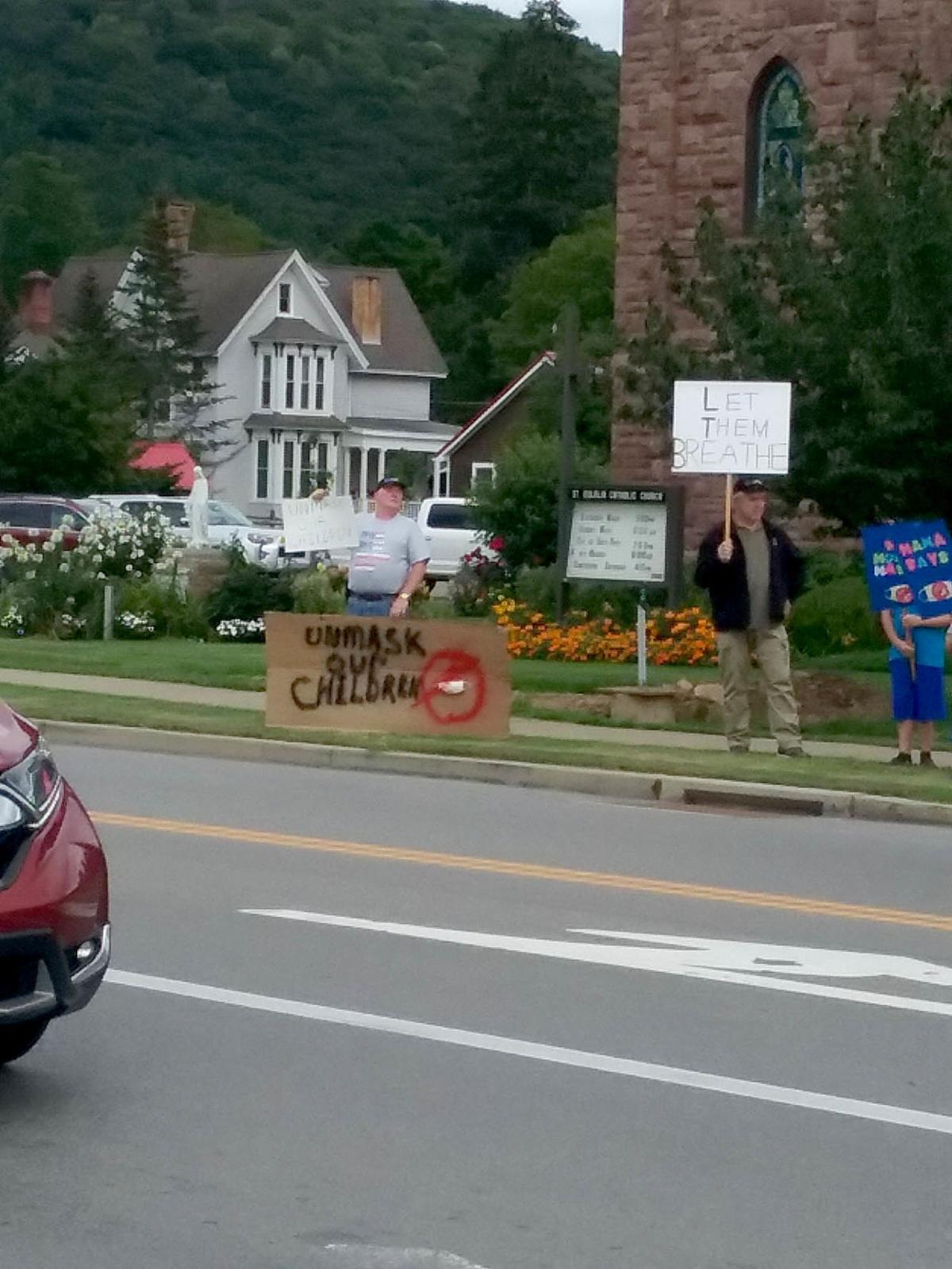 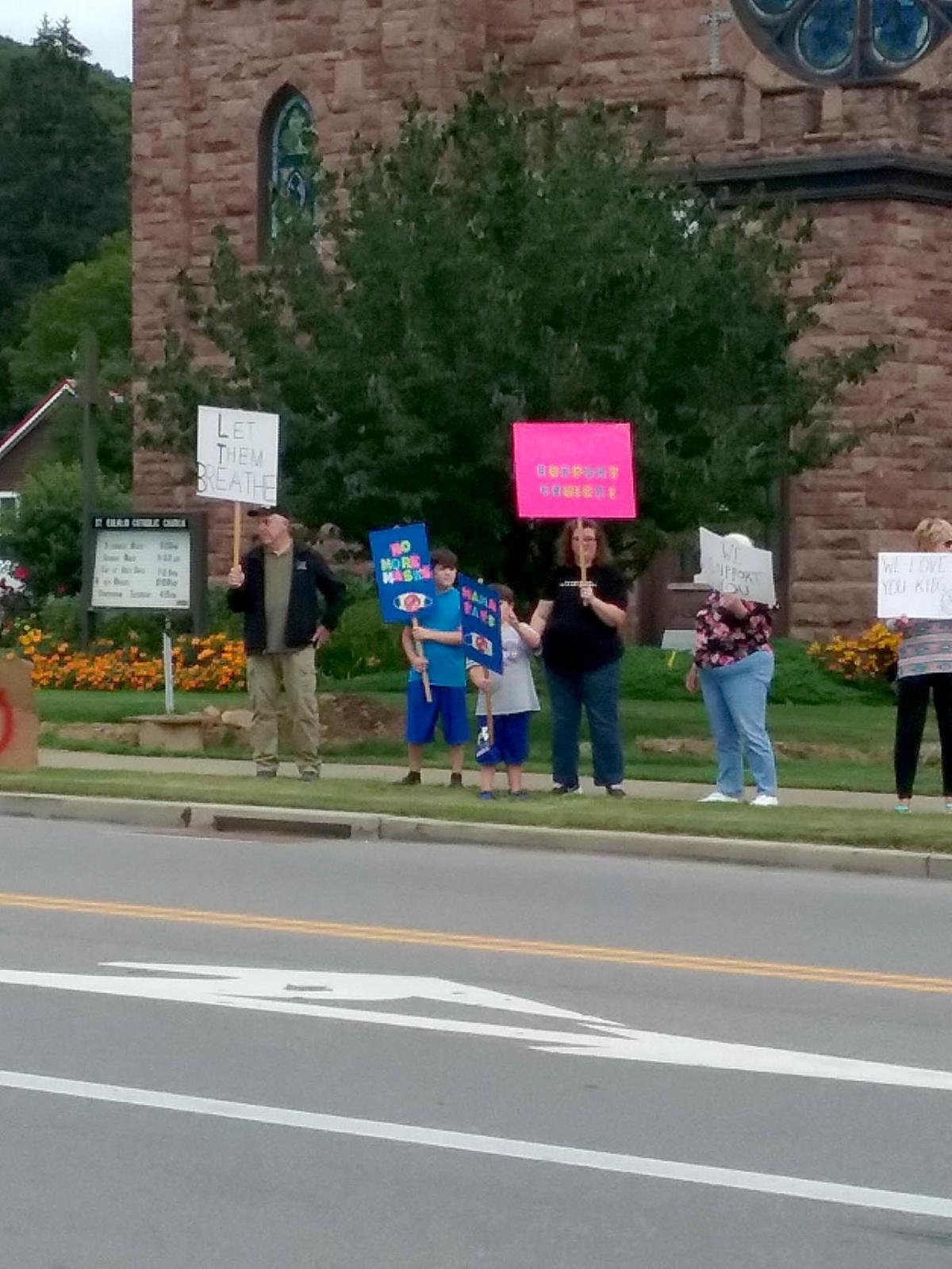 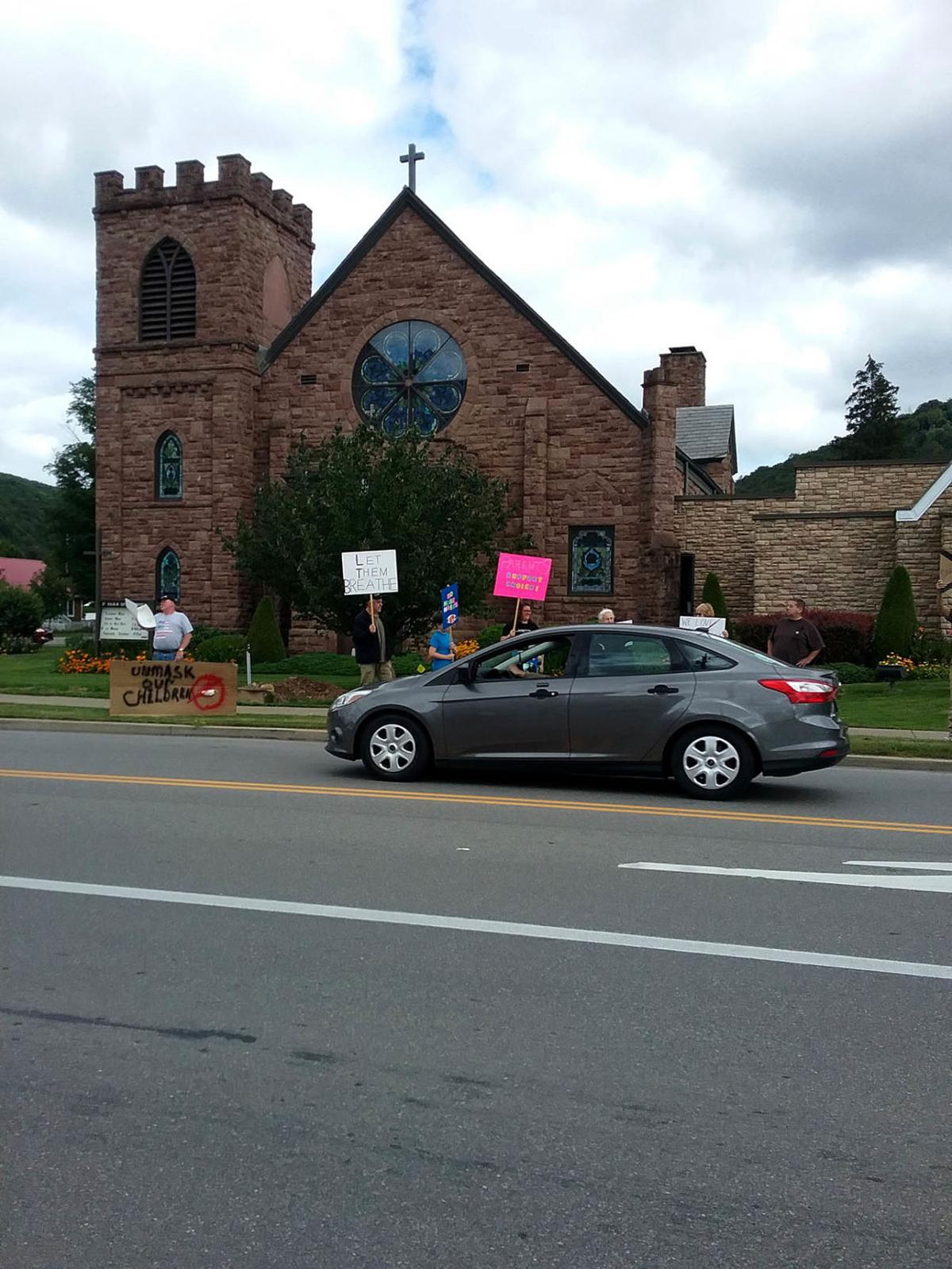 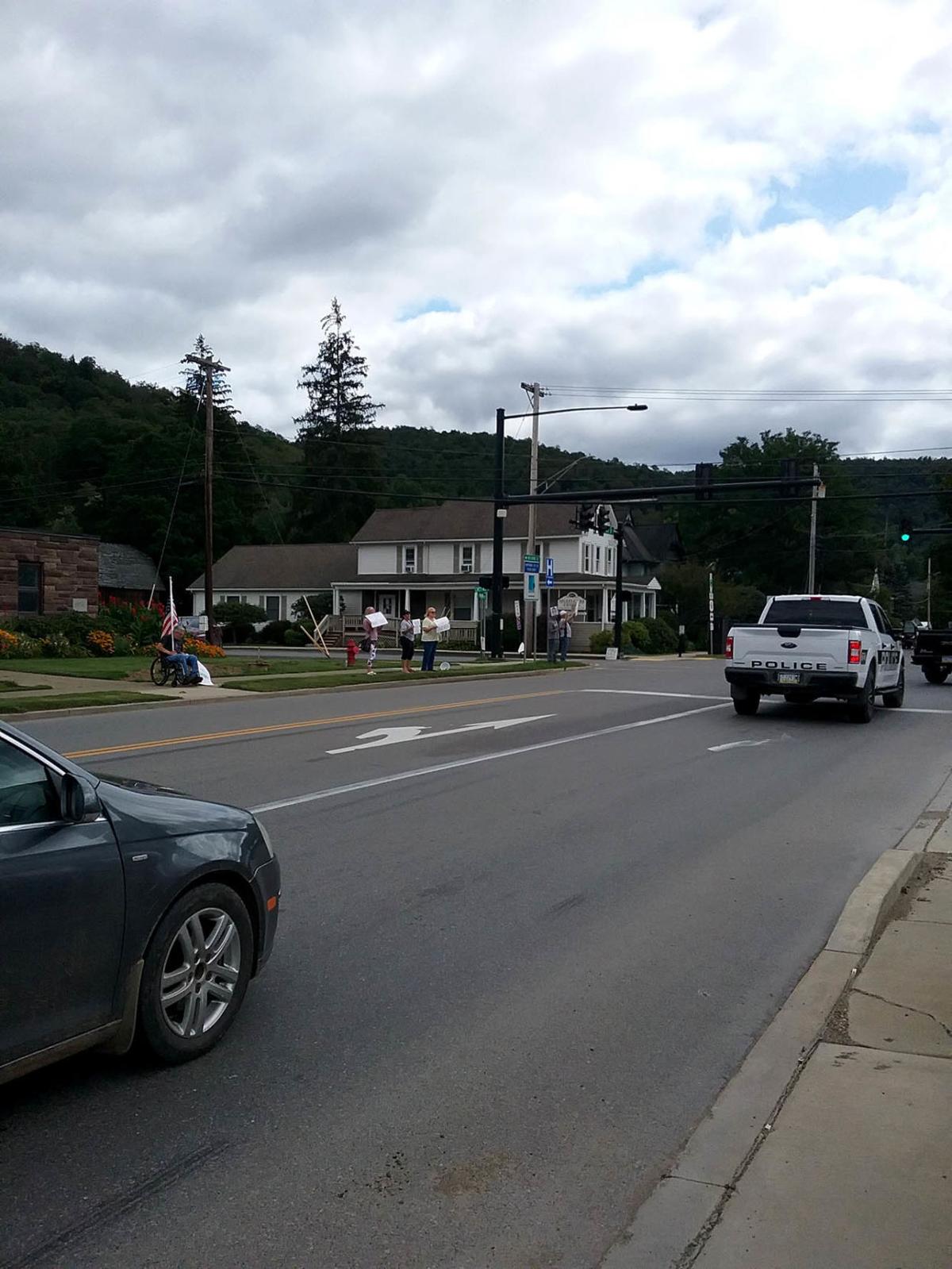 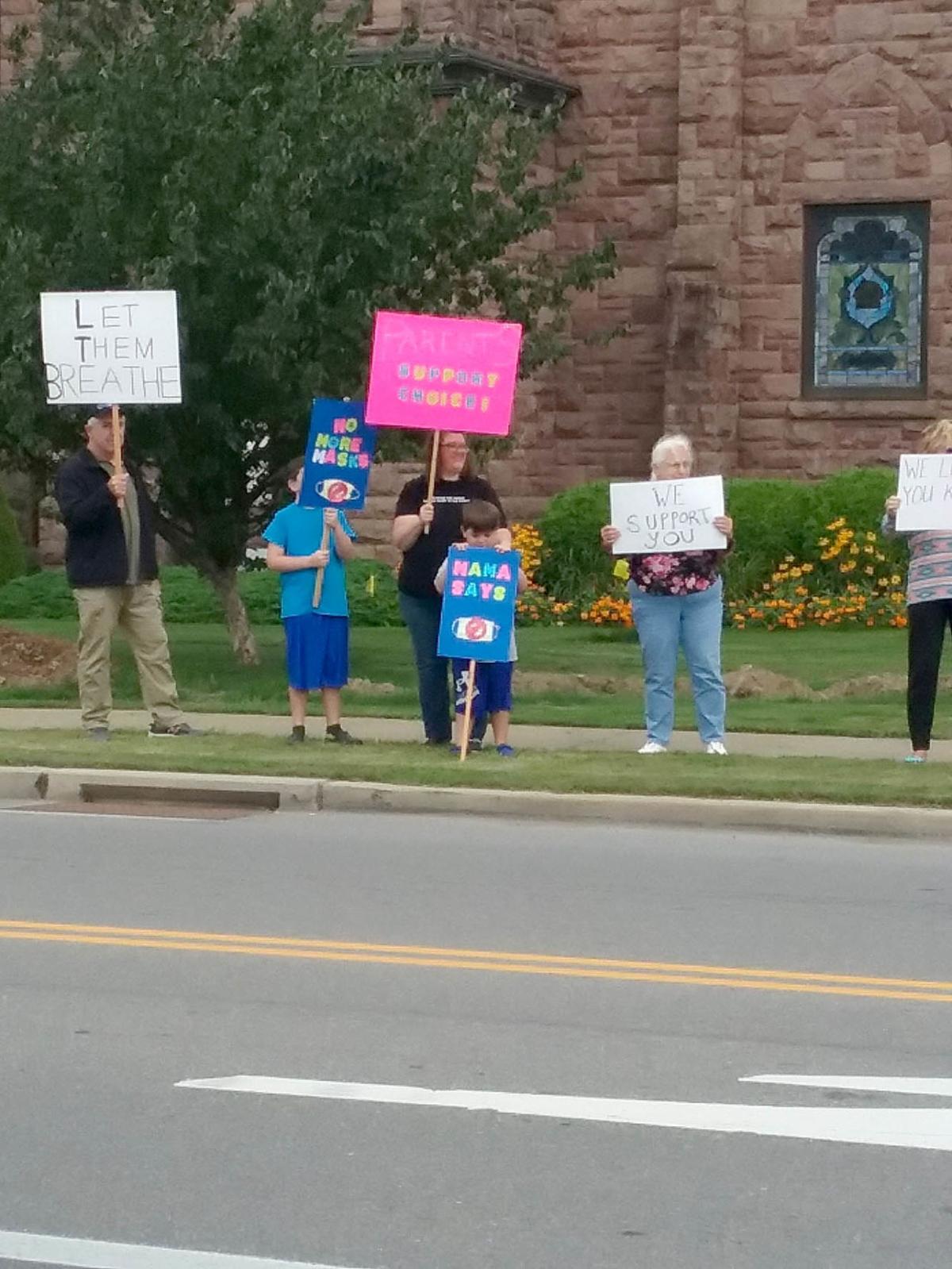 A group in Potter County is working to give parents the choice of whether their children wear masks or not.

Free PA held a rally in Coudersport on Sept. 3, drawing more than 20 people with signs and flags.

Organizer Dan Cowburn said the goal was to let children know that “we’re behind them with no masks. We’re supporting them and we’re fighting for them.”

Free PA is a grassroots organization whose stated goals are to educate others on the constitution and history, organize meetings for like-minded people to communicate and strategize, secure elections, support constitutionally conservative candidates, return control of education to parents and support businesses that “defy tyranny (including unconstitutional mandates).”

Masks, said Cowburn, are a form of child abuse. He claimed there is no scientific proof that they are effective against the transmission of disease and can harbor bacteria. Plus, he said, wearing masks increases stress among students and is a barrier to education.

The Potter County Free PA chapter began meeting in the spring and attended several school board meetings to voice opposition to the masking of students.

The rally received support from drivers and students on school buses, said Cowburn. Several vehicles sounded their horns, while students in buses shouted, “Thank you. We hate masks,” he said.

Cowburn believes the group has been effective, noting that Coudersport Superintendent Drew Kyle posted a video on Facebook the morning of the rally. In the video, Kyle stated that masks would be available and an announcement made daily of the acting secretary of health’s mask mandate. However, parents can complete an exemption form, if desired, stating the child meets criteria to exempt mask wearing, for example, that masking would cause or exacerbate a medical condition.

“I think that’s great,” Cowburn said. “We thank him for his support, listening to us and our research we brought to him. We praise him for sticking up for our kids, for making it the parent’s choice.”

With around 50 people attending, Northern Potter will enforce the mask mandate although parents can ask for an exemption with proof of a medical condition.

Cowburn said Free PA will continue pushing the issue by attending more meetings and possibly holding more rallies like the one in Coudersport.

“Overall, I think we had a really good response from the community and those driving by,” Cowburn said. “We feel that we got the word out there and kids know that we’re behind them, that it’s not just them fighting for this.”

A mix of clouds and sun early, then becoming cloudy later in the day. High 69F. Winds SSW at 5 to 10 mph.

Except for a few afternoon clouds, mainly sunny. High around 65F. Winds W at 10 to 15 mph.

Photos from the Sept. 9 issues are now online

Photos from the Sept. 2 papers are online

Photos from the Aug. 19 papers are available for viewing

Photos from the Aug. 12 newspapers are ready for viewing