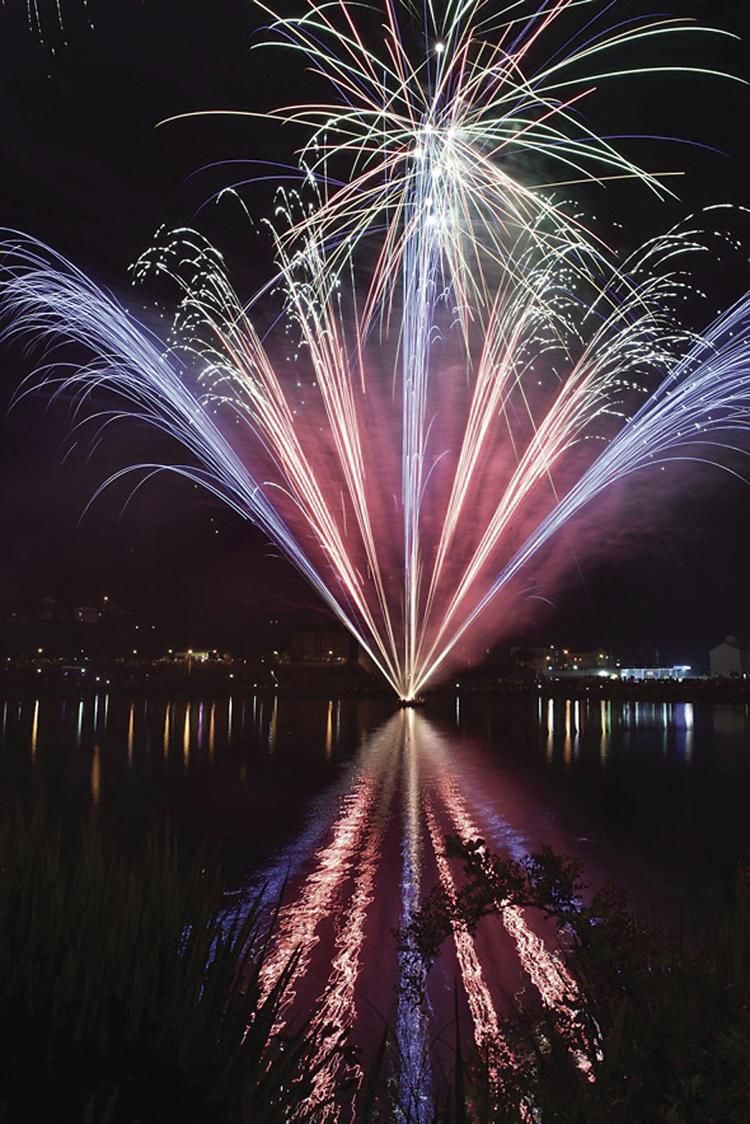 Fireworks during the 2016 Fourth of July celebration. 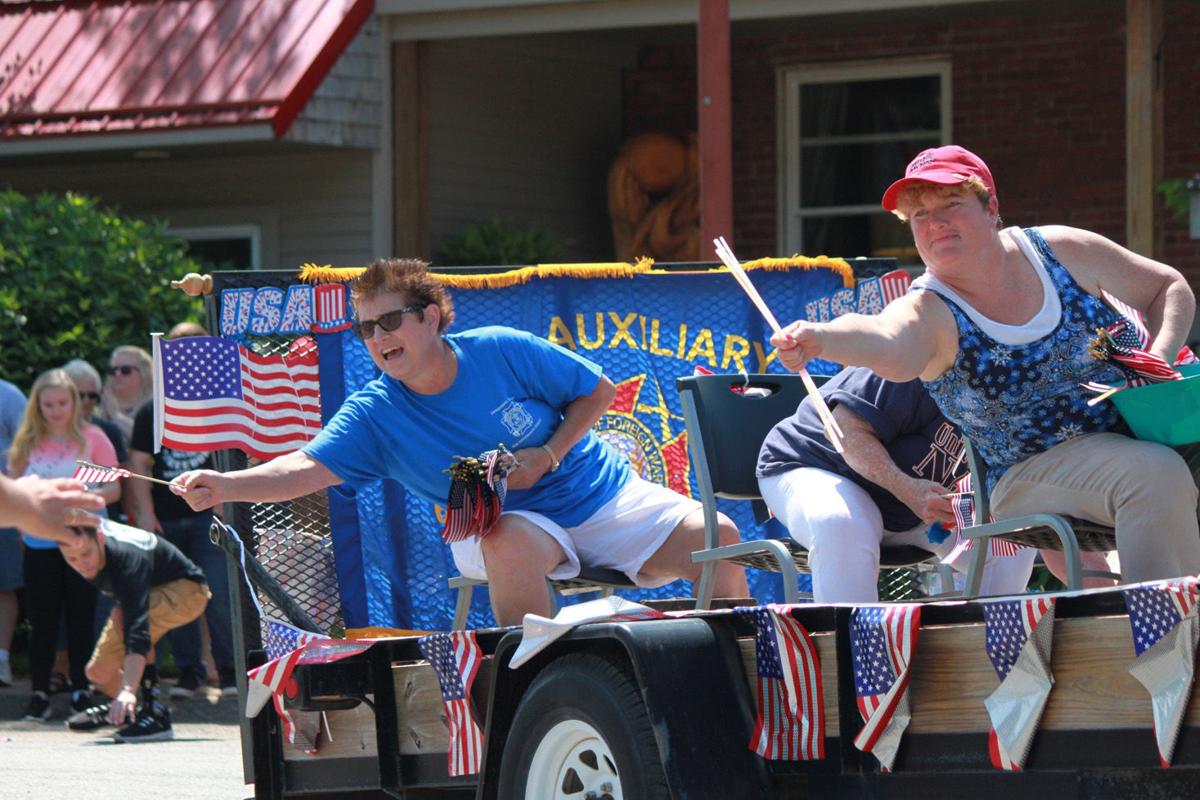 Galeton celebrated Red Suspender Weekend with music, vendors, concessions, a parade and the “Best Firework Show in the Northeast.” Here, Members of the Veterans of Foreign War Auxiliary distribute candy and American flags to people lining the parade route during the 2019 display. 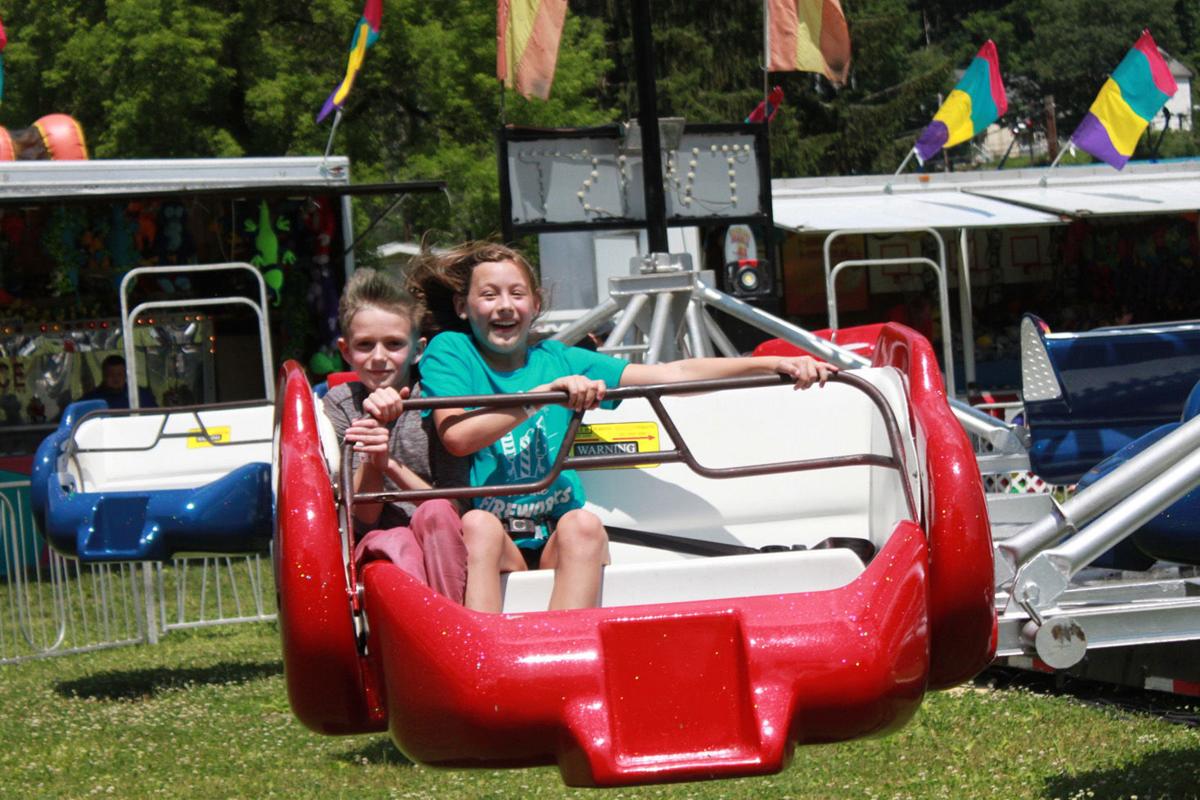 Kids enjoy the festivities during the 2019 Galeton fireworks.

Fireworks during the 2016 Fourth of July celebration.

Galeton celebrated Red Suspender Weekend with music, vendors, concessions, a parade and the “Best Firework Show in the Northeast.” Here, Members of the Veterans of Foreign War Auxiliary distribute candy and American flags to people lining the parade route during the 2019 display.

Kids enjoy the festivities during the 2019 Galeton fireworks.

Fourth of July in Galeton will go off with a bang after the annual fireworks show was canceled last year due to the COVID-19 pandemic.

“It’s been going on for 50-55 years, and that was the first year it was canceled that I remember,” said Andy Macensky, chairman of the Galeton Fireworks Committee for the past 12 years. “We’re expecting a bigger crowd this year after everyone missed it last year.”

The show starts at around 10 p.m. on Saturday, July 3 at John J. Collins Park in the center of town.

Macensky said the display this year will be “bigger and better than ever,” with some different elements lighting up the sky over Berger Lake. He said Galeton’s fireworks were voted the number one display in the state a few years ago and continue to be one of the top shows.

“It’s pretty impressive for a small town,” he said. “We only have 18 guys who do it, all volunteers.”

Macensky said it takes a lot of planning to pull off such a spectacular 30-minute show.

“We usually start about February every year. We only have so many racks that you put the fireworks in, so you need the correct size. Once you figure out the size, we pick out what we want out of catalogues and videos. It’s a pretty complicated operation, but it’s not that hard once you’ve been doing it awhile.”

Macensky said the actual show is where that experience is key. Volunteers are clad in safety helmets and glasses, fire resistant clothing and heavy-duty ear protection.

“When you’re down there, it sounds like you’re in the middle of a war, like you’re right in the trenches,” he said.

The show is made possible entirely with donations, which can be mailed to Batterson’s Beverage, 5 West St., Galeton, PA 16922 or dropped in any of the white donation jugs at several local businesses. Macensky said volunteers will also walk around the crowd during the show and stand at intersections after to collect donations.

Volunteers are also selling Fireworks 500 Club tickets for a chance at 30 cash prizes, the top being $1,500. Tickets sold last year are still good for this year. To purchase a ticket at $20 each, stop in to Batterson’s Beverage, see any Fireworks Committee member, or they’ll be sold the night of the fireworks before the drawing at 6 p.m.

Also to raise money for the display, the Fireworks Committee is again hosting a 5K run/2K walk on Saturday, July 3. Registration and packet pick-up is 7-8:15 a.m. with race time at 8:30 a.m. St. Bibiana’s Catholic Church, 111 Germania St., Galeton. Register by June 15 to be guaranteed a race T-shirt at https://runsignup.com/Race/PA/Galeton/Galeton5kForFireworksRunWalk. Those who registered/paid last year should receive an email with roll-over information.

Also scheduled for the weekend is the annual Fourth of July parade sponsored by the Galeton Chamber of Commerce at 11 a.m. Saturday.

The chamber is seeking participants, including individuals, groups and businesses. To sign up by June 25, visit www.visitgaleton.com/independence_day.php or call 814-203-8131.

Lineup for the parade is 9-10:15 a.m. in the parking lot of the Galeton School District. The parade route exits left from the school onto Bridge Street, right onto Germania Street, right on Union Street and then right on West Street dispersing at West and Main streets. The judges’ and announcers’ area will be at the former Tutor’s Restaurant on Germania Street.

Trophies in participant categories will be announced at 1 p.m. at the John J. Collins Park pavilion, along with a performance by the Caledonian Highlanders Pipe Band.

The festivities start Friday, July 2 with live music, food and rides at the park from 6-10 p.m. On Saturday, there will be music all day at the park pavilion, along with firemen’s food, crafts, vendors and rides starting at noon.

To sign up as a vendor, call Vince Bowen at 814-655-1100. He said so far, vendors will be selling crafts, T-shirt, jewelry, sunglasses, blankets and other items, and the Galeton Public Library will sell rip tickets

Some sun in the morning with increasing clouds during the afternoon. High 79F. Winds S at 10 to 15 mph.

Photos from the June 24 newspapers are now online, part 2

Photos from the June 24 newspapers are now online, part 1

Photos from the June 17 newspapers are now online, Part 2

Photos from the June 17 papers are now online, Part 1