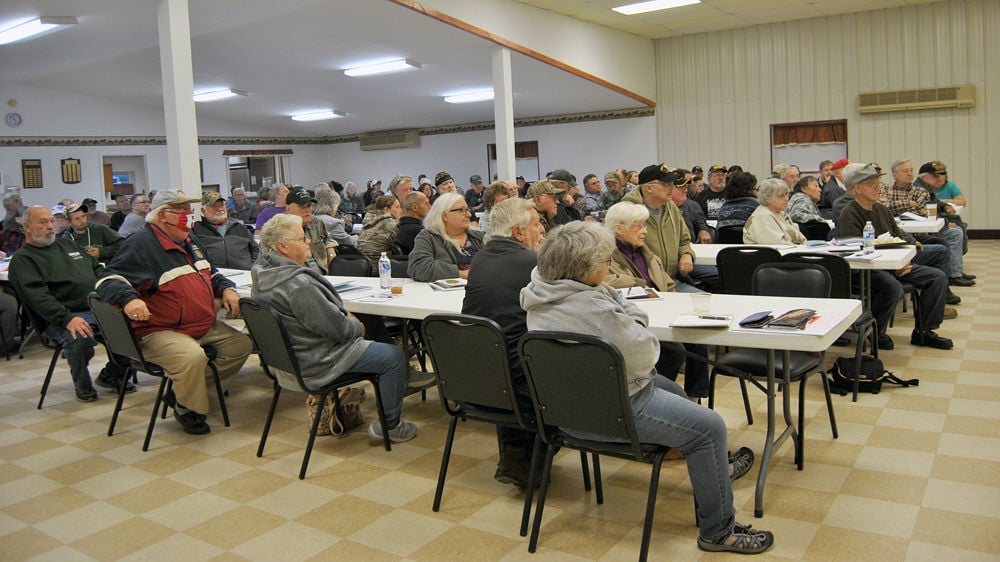 It was a packed house for the firearm rights and safety seminar at Tri-Town Fire Hall in Ulysses on Monday, Oct. 18. 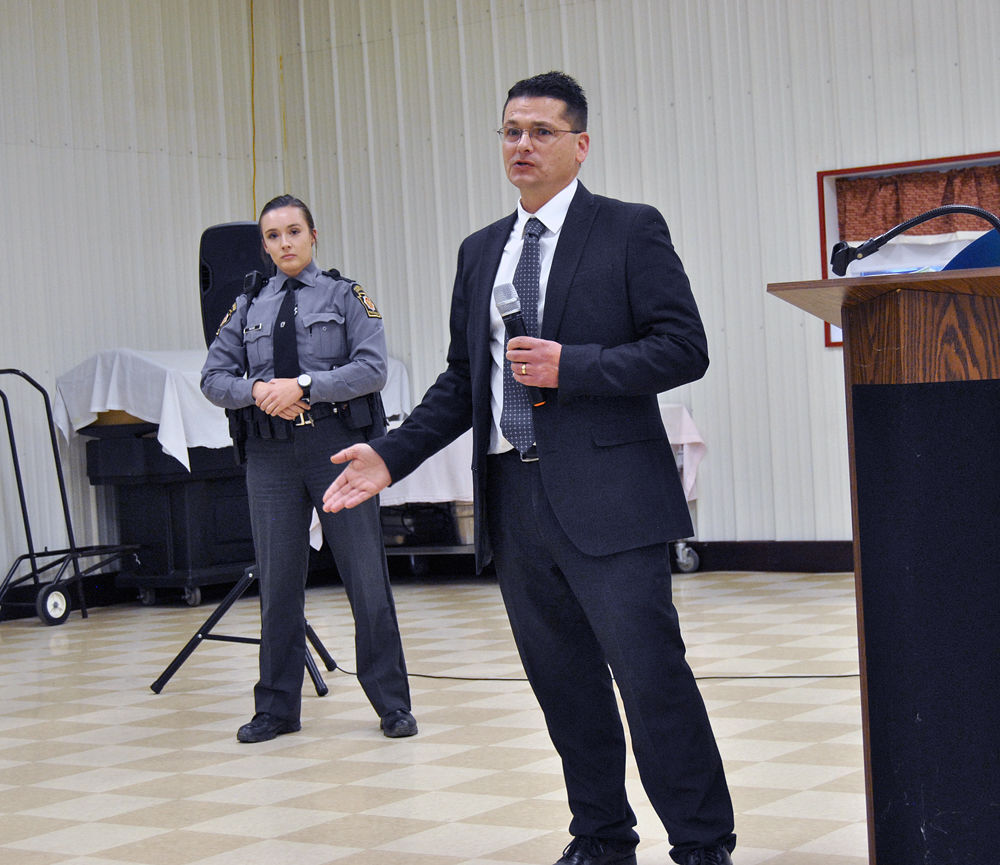 It was a packed house for the firearm rights and safety seminar at Tri-Town Fire Hall in Ulysses on Monday, Oct. 18.

“Can I legally use a firearm on someone who forcibly enters my home?”

“Do I need a concealed carry permit while hunting?”

“What if I’m pulled over with a gun in my car?”

These are many other questions about firearm laws and safety were answered during a seminar hosted by Reps. Clint Owlett and Martin Causer on Monday, Oct. 18 at the Tri-Town Fire Hall in Ulysses.

“Our gun rights are always under attack,” said Causer to the crowd of dozens from Potter and Tioga counties and beyond. “There are people who want to blatantly take away our 2nd Amendment rights. We will not let that happen. We work every day to make sure those proposals don’t come up for a vote.”

“First of all and very importantly, tonight’s information is not legal advice. This is an information session only,” said Watson. “When exploring your constitutional rights under the Second Amendment, everyone is encouraged to consult a private attorney, but also to use the government website at www.pa.gov.”

Watson also clarified that the information shared only applies to Pennsylvania, and that interpretations of the laws can differ between district attorneys in the same state.

Concealed carry permits allow qualified Pa. residents 21 years and older to carry a concealed firearm on their person or in their vehicle.

The permit, form SP-4-127, can be filled out at your county sheriff’s office or on their website, after which the sheriff has 45 days to determine if you’re eligible. Watson said people with certain felony or misdemeanor convictions, mental health commitments, dishonorable discharges from the military, among other factors, are automatically disqualified. More information about eligibility can be found at www.pa.gov or on the back of the permit form.

Watson said it’s important to understand that the permit only apply to firearms of certain barrel lengths — pistols or revolvers less than 15 inches, rifles less than 16 inches, shotguns less than 18 inches and any firearm less than 26 inches from the barrel or muzzle to the frame or receiver.

Watson said carrying these limited length firearms concealed without a permit could result in a third-degree felony charge with a maximum penalty of seven years in jail and a $15,000 fine.

There are exceptions in which a permit is not needed, said Watson: having the firearm in your home or at your place of work, a dealer transporting firearms, a consumer purchasing one in its original box or when traveling to and from target practice.

“Also, if you’re going hunting, you don’t need a concealed carry permit,” said Watson. “However, what you do need is called a sportsmen’s permit. That requires you be 18 or older and that you have a valid hunting license, and the sportsman’s permit allows you to carry those limited length weapons while you hunt.”

Another exception is when open-carrying, meaning the firearm is visible and in plain view, such as on a hip holster. To open carry, you have to be at least 18 years old and not otherwise prohibited from possessing a firearm.

“The catch is that you have to make sure the firearm is unloaded,” said Watson. “Under the law, there’s a very specific definition of what loaded means. Most people don’t know that the ammunition can be in the same case as the firearm, but has to be in a separate compartment. You’re better off putting it in a totally separate case or in different areas of your vehicle to make sure that it’s not considered loaded.”

Trooper Sierra Rose with the state police barracks in Coudersport was also at the seminar to offer her perspective. She said one of the questions she receives most often is what to do if you have a firearm in your car when pulled over.

“The most important thing is to just let us know,” she said, adding that this applies to anything considered a weapon, including knives, especially if the weapon is in the same locations as your documents requested, such as vehicle registration in the glovebox along with a firearm. “We don’t always know what you’re reaching for. Hands are a big thing for us.”

Watson said the castle doctrine, also known as justification, concerns the use of using lethal force against another person who enters your property.

“If someone is in the process of unlawfully and forcibly entering your home, or has already done so, it is presumed that you had a reason to believe that you were in danger of death or serious bodily injury, kidnapping, or you could be the victim of a sexual assault crime. And therefore, the use of lethal force is justified,” said Watson, adding that this also applies when visiting someone else’s home or at your place of work.

Watson said due to different definitions of “forcibly” entering, he recommends always keeping doors and windows of homes and vehicles locked.

He said as DA, when faced with such a situation where deadly force was used, “My burden then becomes I have to prove one of three things. Number one, that you did not reasonably believe that you are in danger of death or serious bodily injury, kidnapping, or sexual assault, and that if we did believe that your belief was unreasonable. Two, if you provoked the use of force of deadly force. The third way is if I prove that you had a duty to retreat.”

Watson said there’s no “duty to retreat” from one’s home or workplace, but that the definition is less clear when it comes to someone forcibly entering your vehicle.

Even if other factors apply, Watson said lethal force can’t justifiably be used against someone who has a legal right to be in a place, against a child or grandchild or against a police officer. In addition, the law doesn’t apply when the person using deadly force is engaged in criminal activity that led to the shooting, such as a drug deal gone bad, said Watson.

“Whatever the situation is, the question is ‘What kind of force can I use?’” said Watson. “The answer is reasonable and proportionate.”

Both Reps. Causer and Owlett’s offices have literature available about Pennsylvania firearms rights and laws. Further information can be found at www.pa.gov.

Snow this morning will give way to mostly cloudy conditions this afternoon. High 27F. Winds WNW at 10 to 20 mph. Chance of snow 70%.