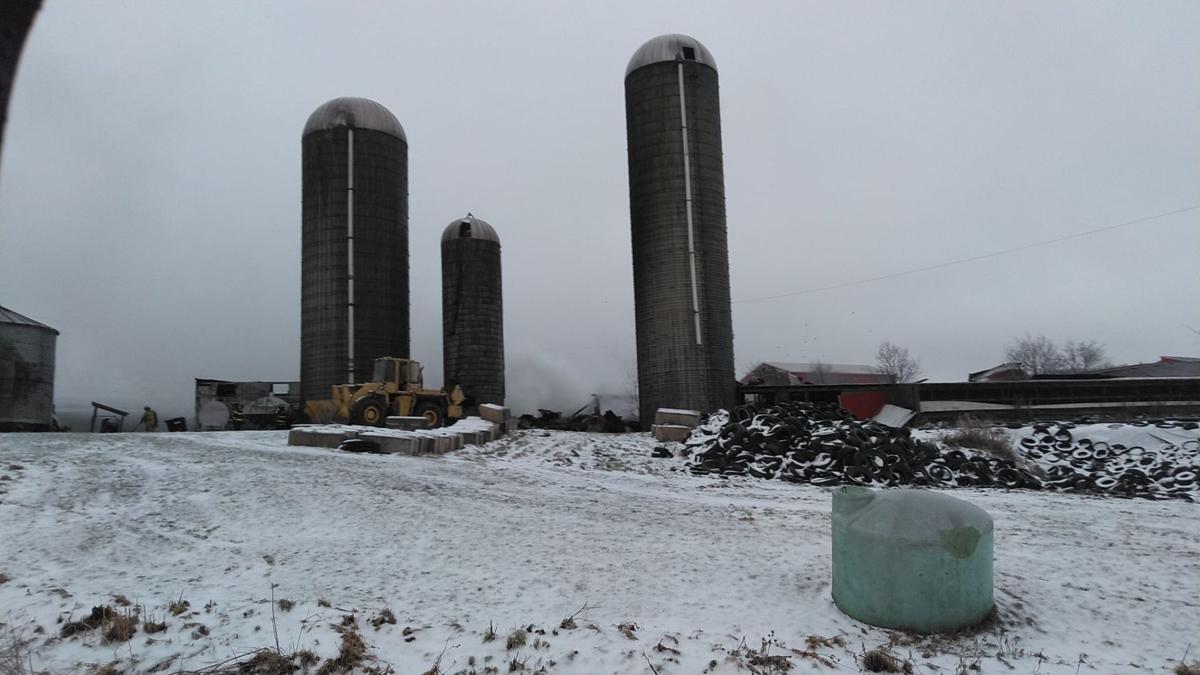 As dawn broke, only smoke and smoldering embers remain from the sight of a barn fire earlier Sunday morning. 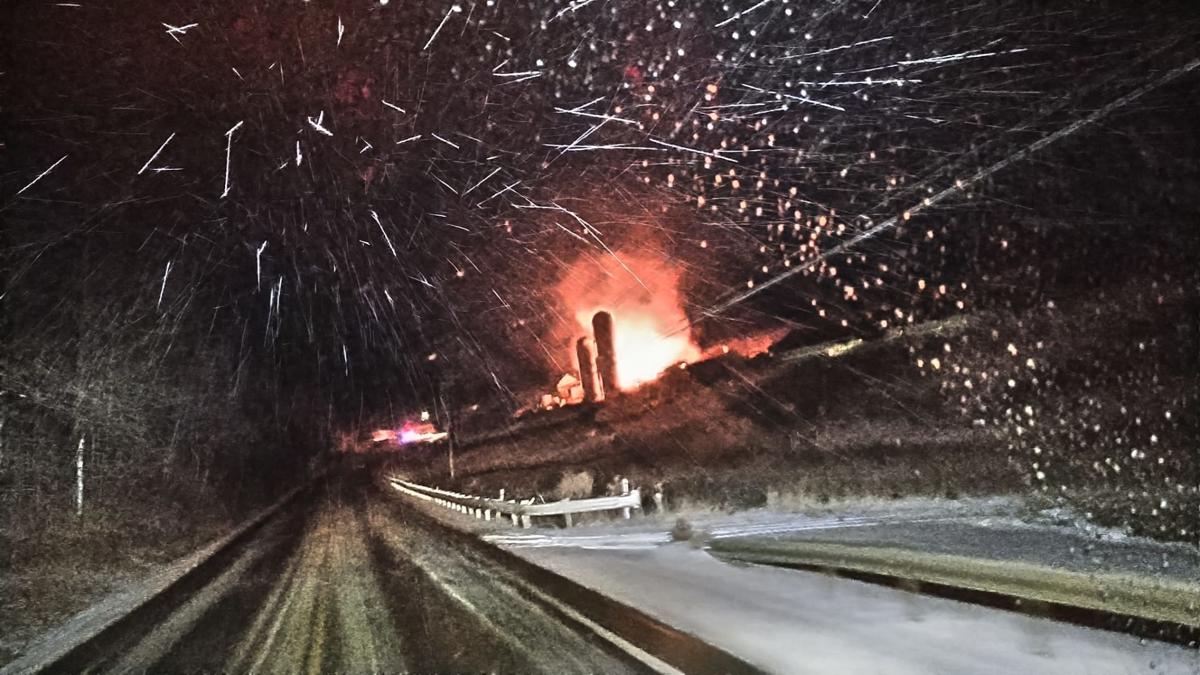 Firefighters traveled through freezing rain and ice to respond to the scene of a barn fire early Sunday morning.

As dawn broke, only smoke and smoldering embers remain from the sight of a barn fire earlier Sunday morning.

Firefighters traveled through freezing rain and ice to respond to the scene of a barn fire early Sunday morning.

A milking parlor and other agricultural buildings were destroyed in a two-alarm fire early Sunday morning, Jan. 9.

At 4:18 a.m., the Tri-Town Fire Department was dispatched to the Riss-Dale Farm at 2986 State Route 49 in Allegany Township, said Fire Chief Luke Lampman. Upon arrival, firefighters discovered the fire was well involved in a 50- by 150-foot barn. He established command and requested an additional tanker from the Roulette department. Coudersport responded and was assigned to supply water for the Tri-Town engine. Harrison Valley established a water supply station at the Erway pond to refill tankers, said Lampman.

Firefighters performed an “extensive exterior attack,” Lampman said, and were able to prevent the fire spreading into a nearby livestock barn housing 180 head of cattle.

Weather conditions of freezing rain and ice created treacherous conditions for the volunteers, but no one was injured, Lampman said.

Also responding were firefighters and equipment from Genesee and Whitesville, N.Y. In all, about 75 firefighters were on scene.

With the loss of the milking parlor, farm and livestock owners Titus “Kenny” Risser and son Mike Risser would have been challenged to care for the cattle. But friends and fellow farmers stepped in.

“There was an extreme outpouring from public and other farmers and friends,” Lampman said. “There were multiple trucks and trialers that came in to relocate cows to get them milked, housed and cared for.”

Multiple departments were also on stand-by in addition to the ones responding to the scene.

The Ulysses ambulance assisted with rehab for firefighters.

“Department 47 would like to publicly thank all the departments that assisted with this fire,” he said.

The barn, which contained a milking parlor and was used for holding and sorting livestock, was a total loss. A bull calf, tractor and mixing wagon were also lost in the blaze. No value was available at press time.

Firefighters remained on the scene until 8:35 a.m. Sunday morning. The fire is under investigation, said Lampman.

The state police fire marshall was on site Monday morning. No cause of the blaze has been released. The building was insured.