Skip to main content
You are the owner of this article.
Edit Article Add New Article
You have permission to edit this article.
Edit
Welcome, Guest
Home
News
Sports
Obits
Business
Opinion
Lifestyle
Multimedia
Classifieds
+ More
Share This
1 of 5 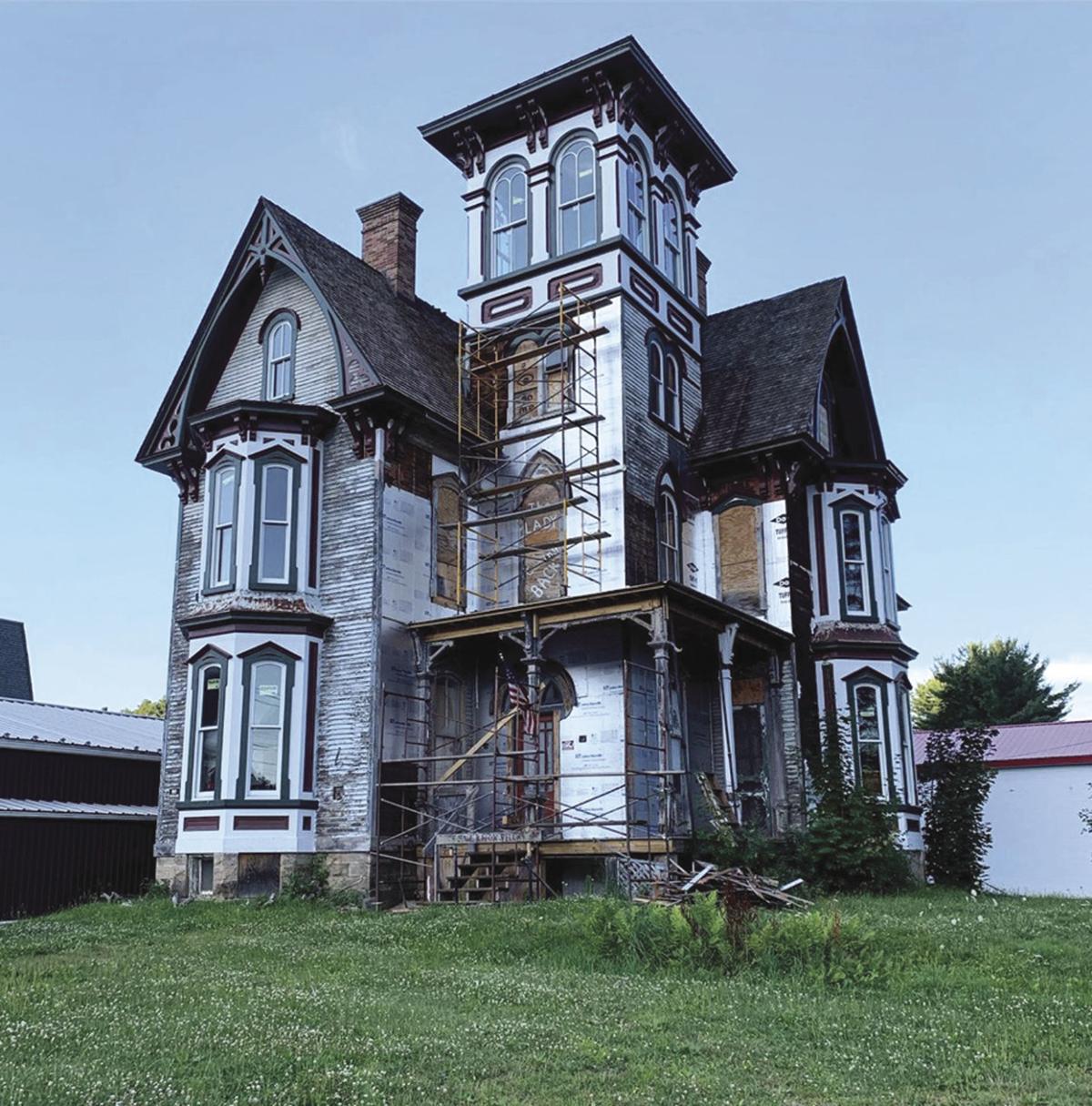 Old Hickory in July after a few renovations, including new windows and paint. 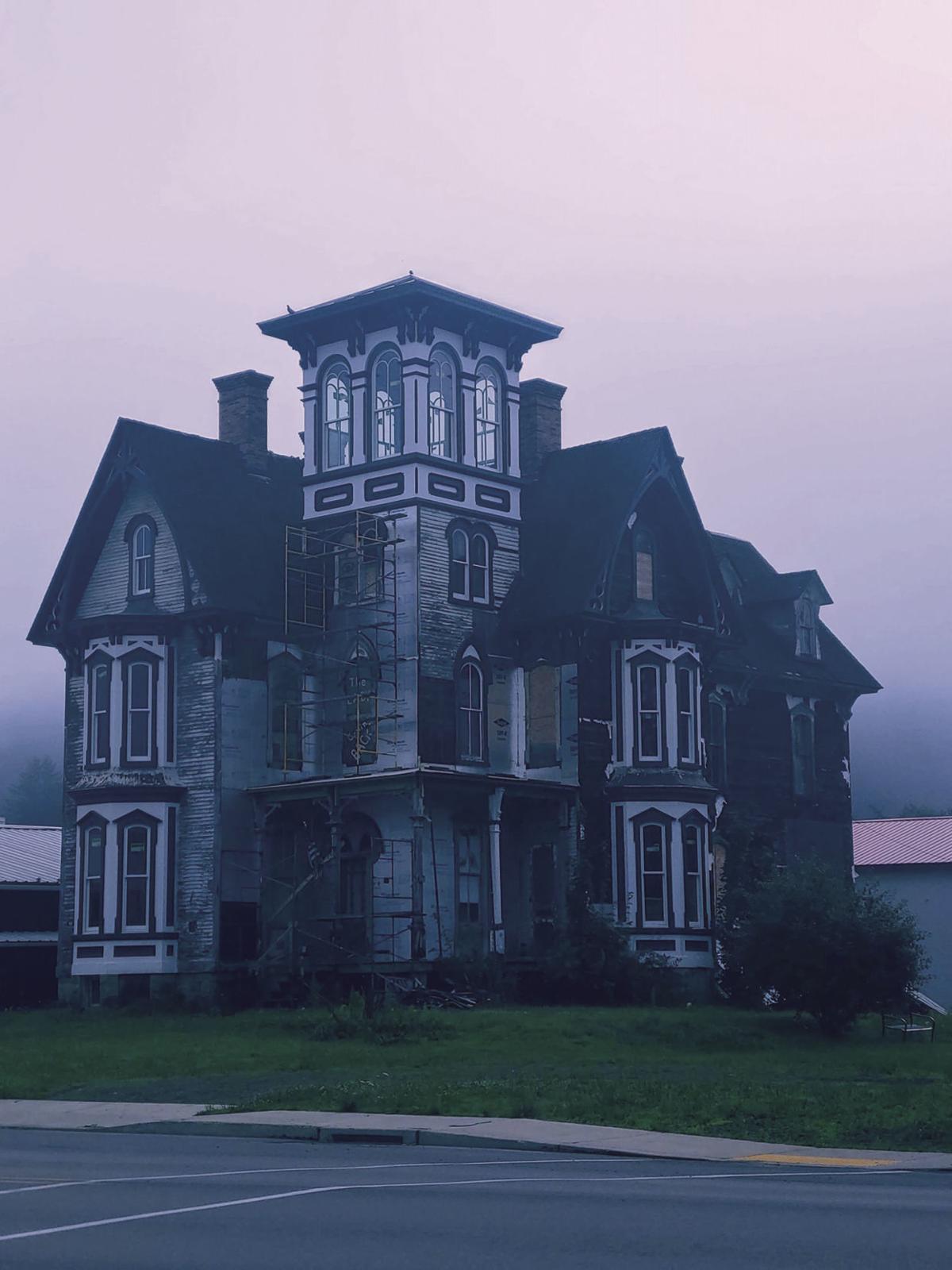 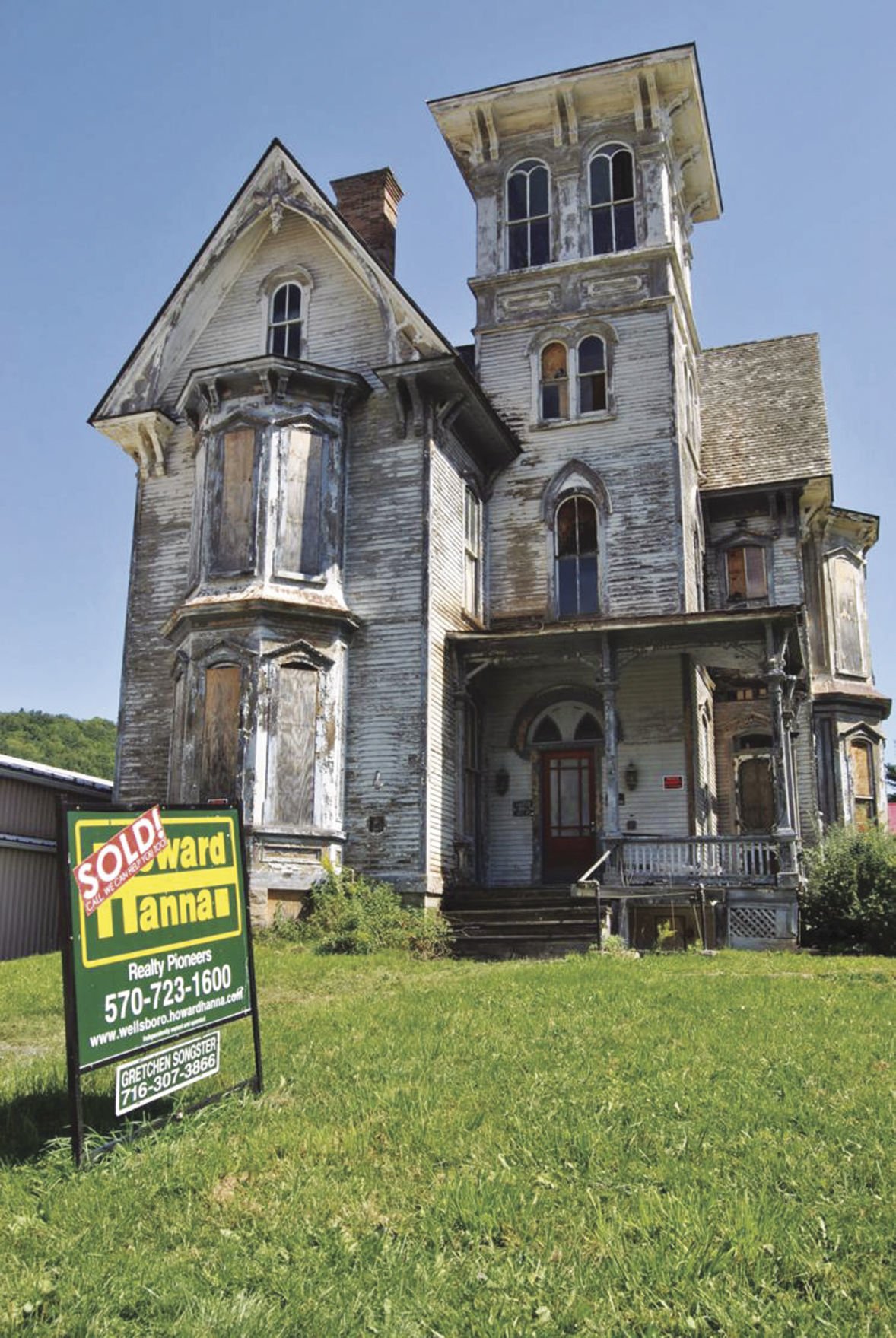 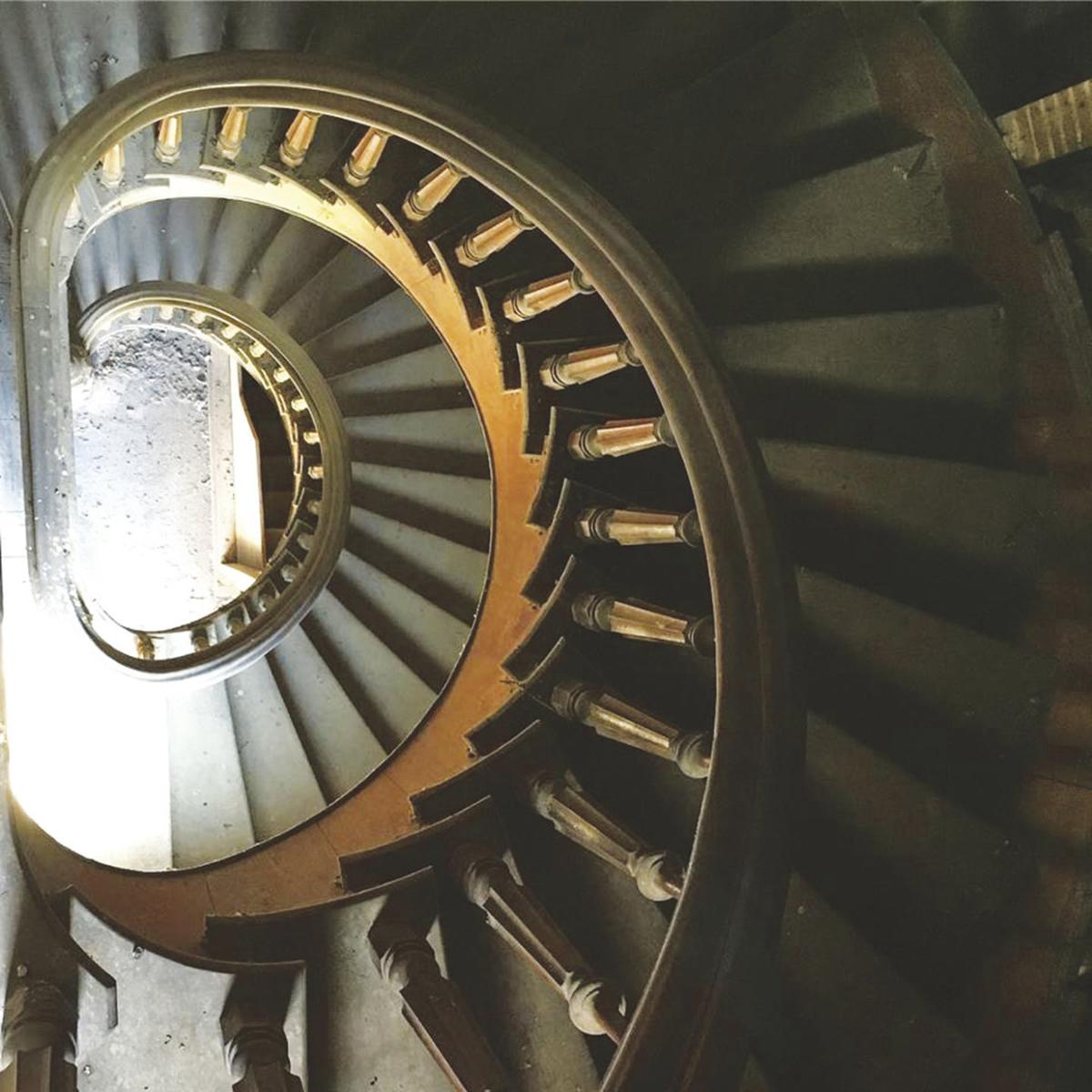 One of the double spiral staircases in Old Hickory. 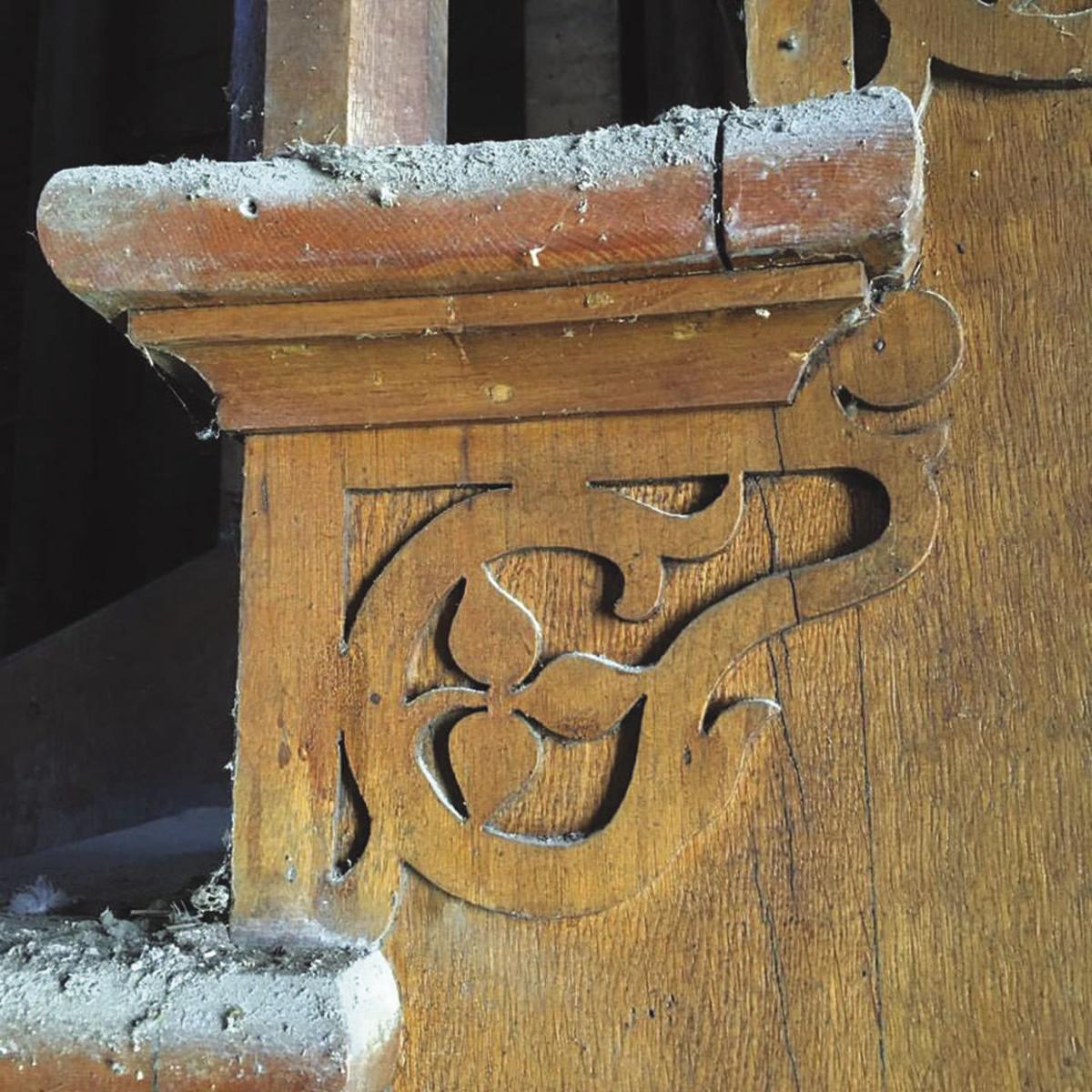 Details on the oak staircase.

Old Hickory in July after a few renovations, including new windows and paint.

One of the double spiral staircases in Old Hickory.

Details on the oak staircase.

COUDERSPORT — Old Hickory-F.W. Knox Villa has sat along Main Street here since the spring of 1880. In that time, it’s served several different functions. It was built as a home for Franklin W. Knox, a well-known lawyer and former president of the Coudersport-Port Allegany Railroad.

He didn’t live in the home for very long and his children inherited it. It later became the Old Hickory Tavern where travelers could stay and locals would come to drink after a long days work. The Rigas family owned the property in 1987 with intentions to use it as a bed and breakfast for guests of Adelphia. After the fall of Adelphia, it sat empty for years.

The building cycled through a few owners until September 2016 when the Mauser family of Lehigh Valley bought the building.

The Mauser family owns a camp in Cherry Springs. Although Holly Mauser didn’t grow up in Coudersport, she spent a lot of time here. Old Hickory had always been in the back of her mind, and one day as she was walking along Main Street, she saw the for sale sign. It was a popular house on the market; it took a month before she was able to look inside, but it was worth the wait because she bought it.

The three-story, 5,070-square-foot Italianate villa was constructed with locally-sourced wood. The 55-foot tower that gives views of downtown Coudersport is made of oak with floors of maple and birch. There are three main bedrooms with a parlor, a basement, high ceilings and many bay windows.

Mauser wants to maintain the history of the building and make sure all restorations are faithful to the original.

She hopes to eventually open Old Hickory as a venue for small events or possibly a bed and breakfast; she thinks either could do a lot for the town.

“It’d be perfect for a girls weekend,” Mauser said. They could stay in Old Hickory, eat in town and visit the shops or go antiquing.

They’re putting the porch back on the side of the house and they already have a large yard space, which would give a space for a wedding.

One of the first restorations by Mauser and her father, who has a passion for building homes, was replacing the windows which were in bad shape. She said they received some criticism for that, but many of the originals weren’t glass, but plexiglass. Installing windows in the tower made a huge difference, temperature wise. The windows keep the tower warmer, which will help when it comes time to heat the large building.

The roof will be redone to look as it did originally. The siding will also be as it was originally, they were able to scrape the paint down to the original layer and those reds and greens will be incorporated into the color scheme

Mauser said the house was gutted when Adelphia owned it so they’re not sure what the interior looked like. If anyone has any pictures of it during that time period, she’d appreciate them.

There are two double spirals in the main staircase. If a wedding were to be held there, Mauser said a great photo op would be the bride coming down the staircase.

Seneca Highlands Student of the Week

“So many people — with the scaffolding on with everything — still post things saying it’s abandoned and falling apart,” Mauser said. “That’s been a big problem.”

The tower is the first room that will be ready to drywall and finish.

The house has been a work-in-progress and will continue to be so.

“When we started, we thought four to six years,” Mauser said. She thinks they’ll be working on it for another two or three years, but there is no rush. She feels like they’re on schedule for where they want to be.

Currently there is no electricity in the house, which means they’re not able to work on it during the winter months. The weather also plays a big role in the work.

When looking straight at the house, it’s hard to see just how large it actually is. Mauser hopes to cut down a few trees so those looking at the house from the lot beside it can see how far it goes back.

The house is known worldwide. Mauser said at least three people have a tattoo of the house and a tattoo artist in London reached out to her to learn the story of the house because she had just done a tattoo of it. It appears in a Muppets haunted house episode and a few books have the silhouette of the house.

“It’s overly popular and it’s funny because I feel like people in town don’t really recognize it,” Mauser said. It’s a huge attraction, she had one person drive here from California just to take a photo of the house.

She hopes to hold a tour before things are completely finished, when it’s safe to bring people through. Once it’s finished, she thinks it would be neat to hold a few events a year, like a haunted house or a Christmas event.

A common misconception is Mauser owns the old bowling alley next to Old Hickory. She said in the 1970s, it was split off from the house and someone else now owns it. The Potter Leader-Enterprise has not been able to contact the owner.

Snow. Winds will increase during the afternoon. High 34F. Winds NW at 20 to 30 mph. Chance of snow 80%. 1 to 3 inches of snow expected. Winds could occasionally gust over 40 mph.