You are the owner of this article.
Edit Article Add New Article
You have permission to edit this article.
Edit
Welcome, Guest
Home
COVID-19
News
Sports
Obits
Business
Opinion
Lifestyle
Multimedia
Classifieds
+ More
Share This
1 of 5 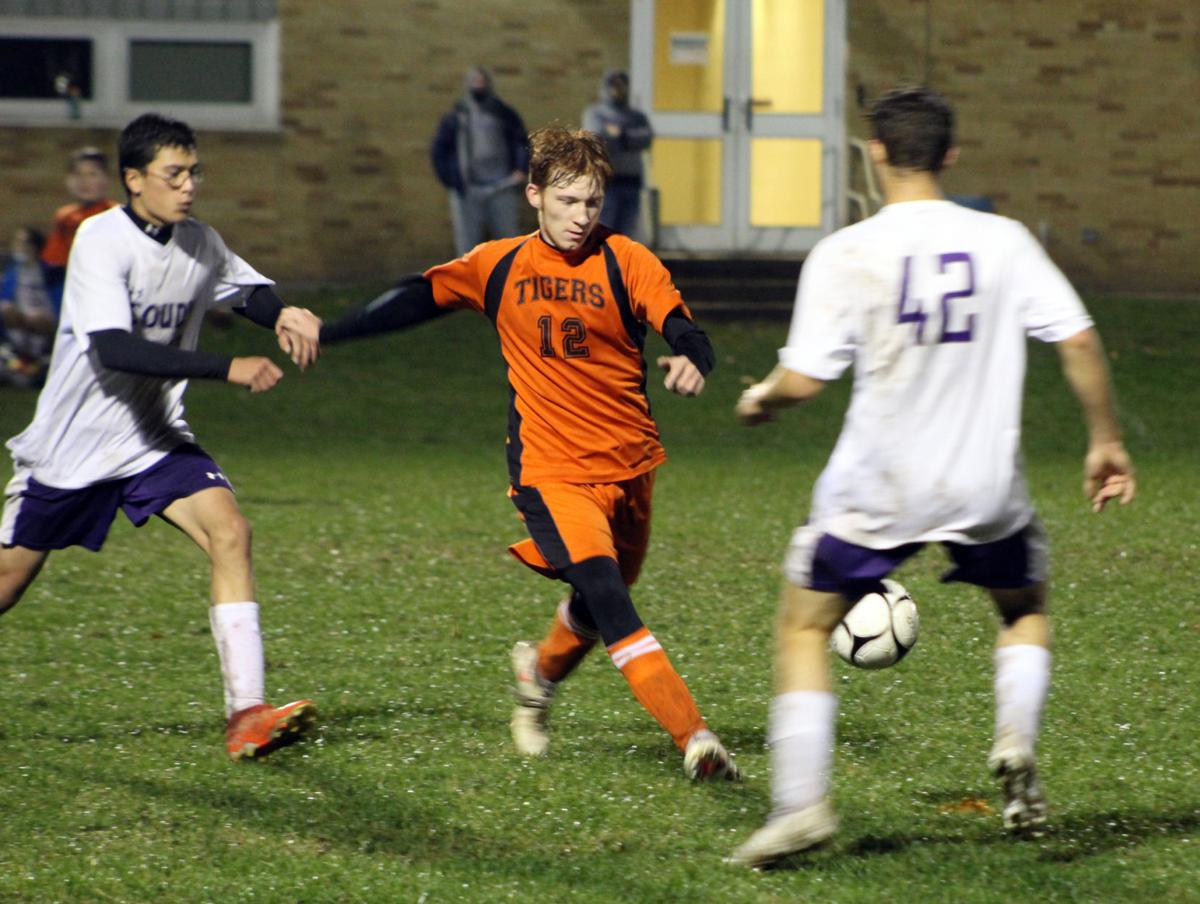 Jake Cochran takes a shot between defenders during their win over Coudersport this past week. 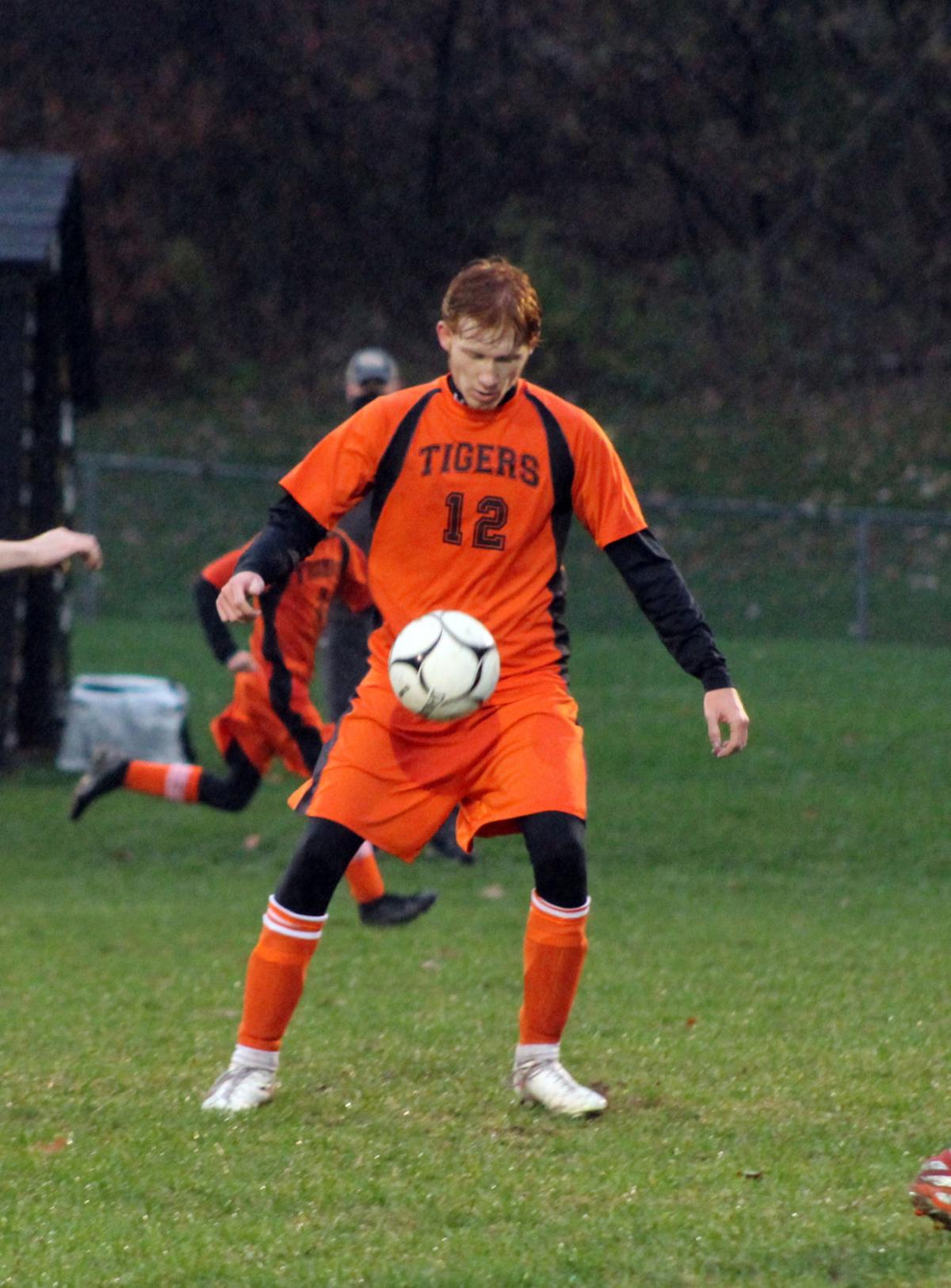 Galeton’s Jake Cochran eyes the ball before attempting a goal during Tuesday night’s soccer game against Coudersport. Cochran was named MaxPrep’s Pennsylvania player of the week for Oct. 5-11. 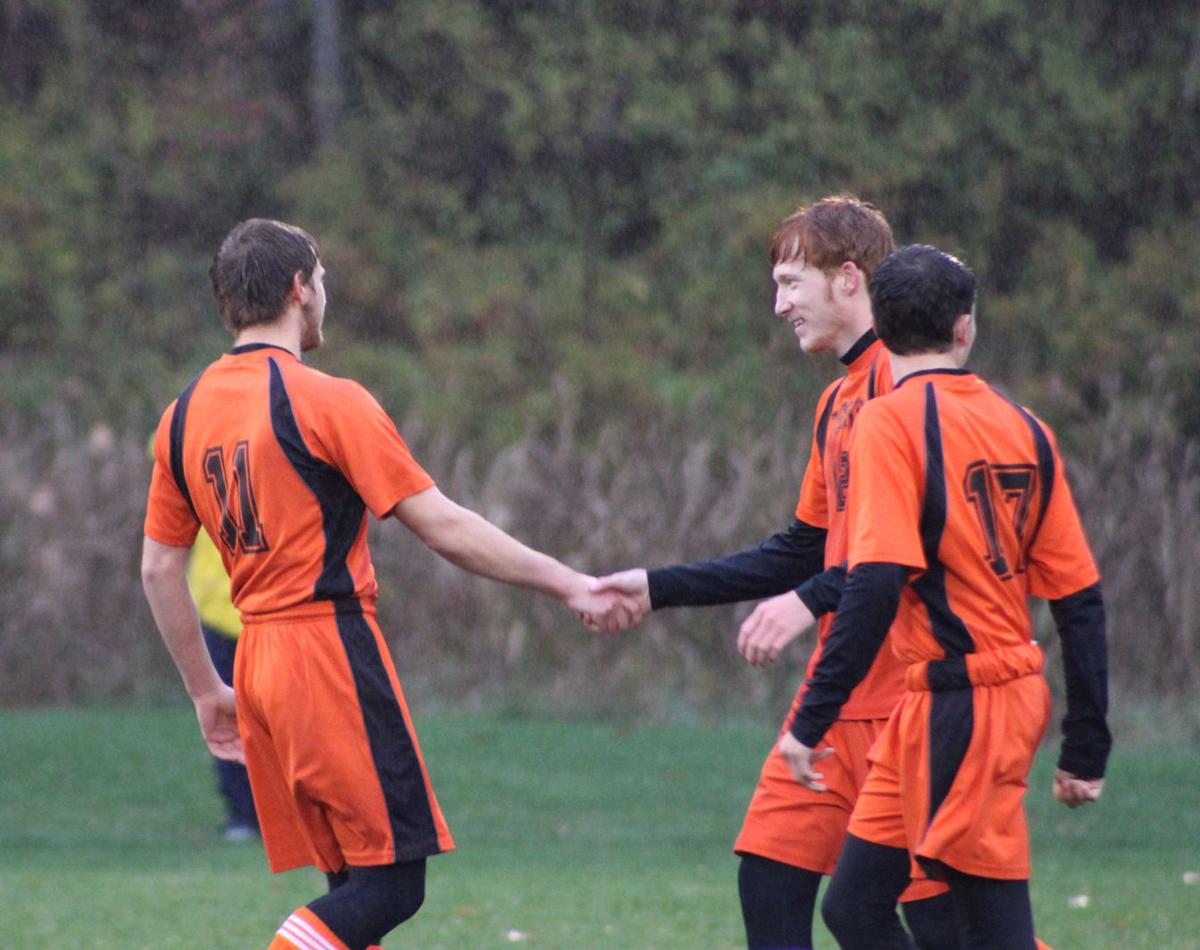 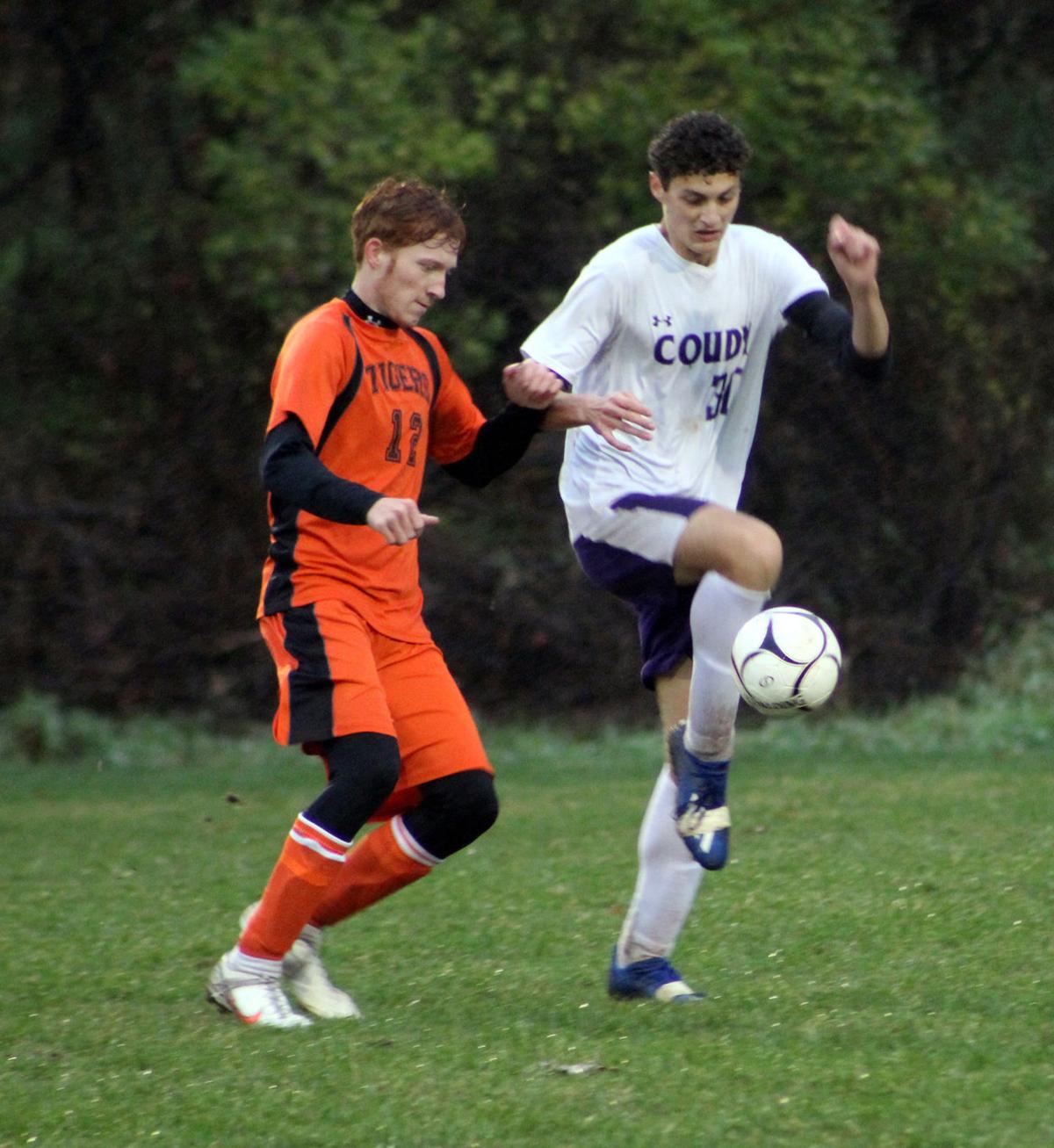 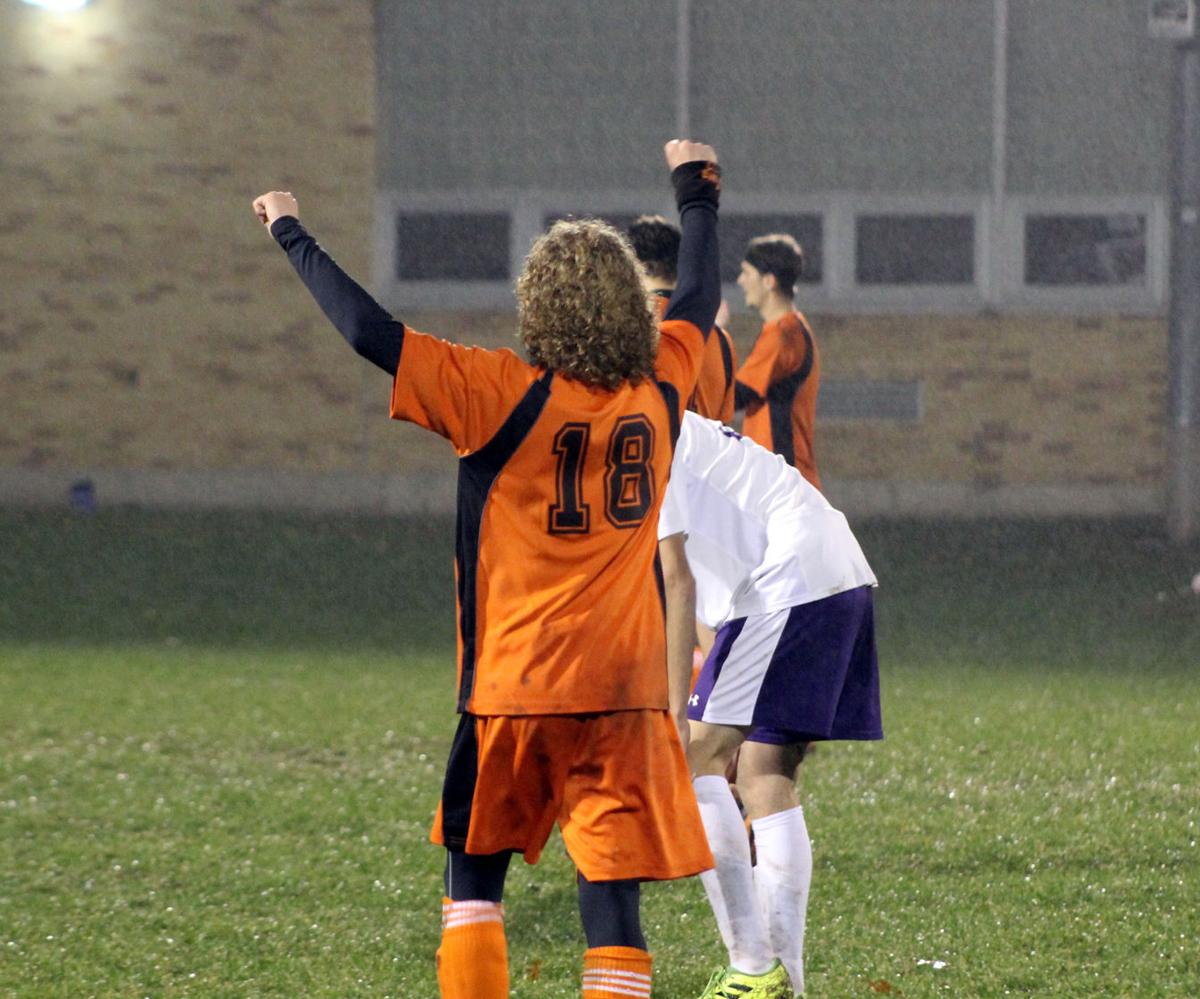 Jake Cochran takes a shot between defenders during their win over Coudersport this past week.

Galeton’s Jake Cochran eyes the ball before attempting a goal during Tuesday night’s soccer game against Coudersport. Cochran was named MaxPrep’s Pennsylvania player of the week for Oct. 5-11.

If you sit through a Galeton soccer game, you’ll see why.

Just this week, Cochran has scored 11 goals during games against Port Allegany, Northern Potter and, most recently, Coudersport. He’s had 31 goals just this season, two assists and has averaged 4.5 goals/game.

Cochran was all smiles when he talked about the honor of being named player of week.

“I didn’t expect that. That feels pretty great, because that’s something that you just never expect,” he said. He’s gotten a lot of positive feedback from the school and community; a lot of people have reached out and congratulated him and told him he deserves that honor.

“It just makes me happy because people are watching what I do,” Cochran said.

Recently, he scored his 50th career goal during a home game against Northern Potter on Oct. 5, a huge milestone for any soccer player.

“It feels pretty good, I didn’t think I’d get that far,” Cochran said. “But when you have a good team behind you, anything can happen.”

“My goal for the season is to have just a little above 70. I’d be happy with that,” he said.

As Galeton continues on with a “bounce back” season, he hopes the team makes it to Districts — and beyond.

As of now, the Galeton Tigers sit in fifth place in the 1A District Four soccer standings, and with one game left have a chance to possibly improve that position.

“Jake’s a good goal scorer,” Sunderlin said. “You can’t take that away from him. He’s at the right place, at the right time.”

Sunshine and a few afternoon clouds. High around 50F. Winds SSW at 10 to 15 mph.

Photos from the Nov. 26 edition are now online

Photos from the Nov. 19 editions are now online

Photos from the Nov. 12 paper are online

Photos from the Nov. 5 newspapers are free to view