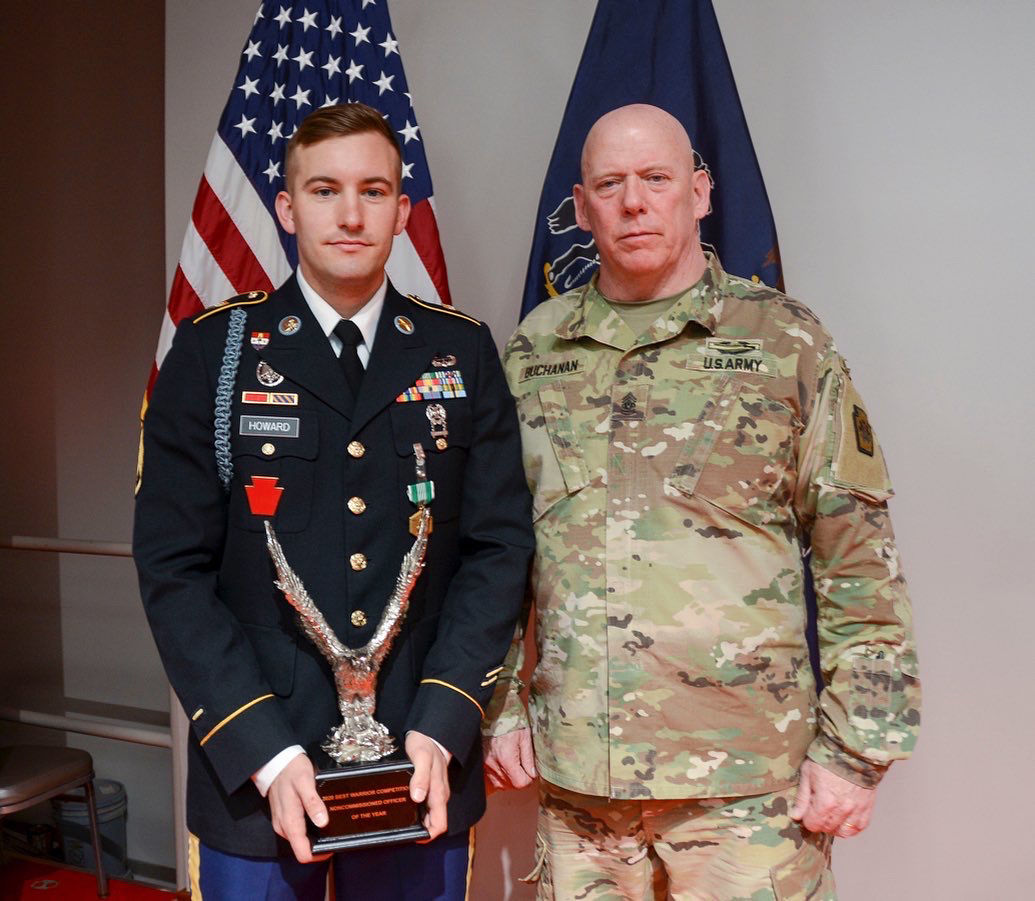 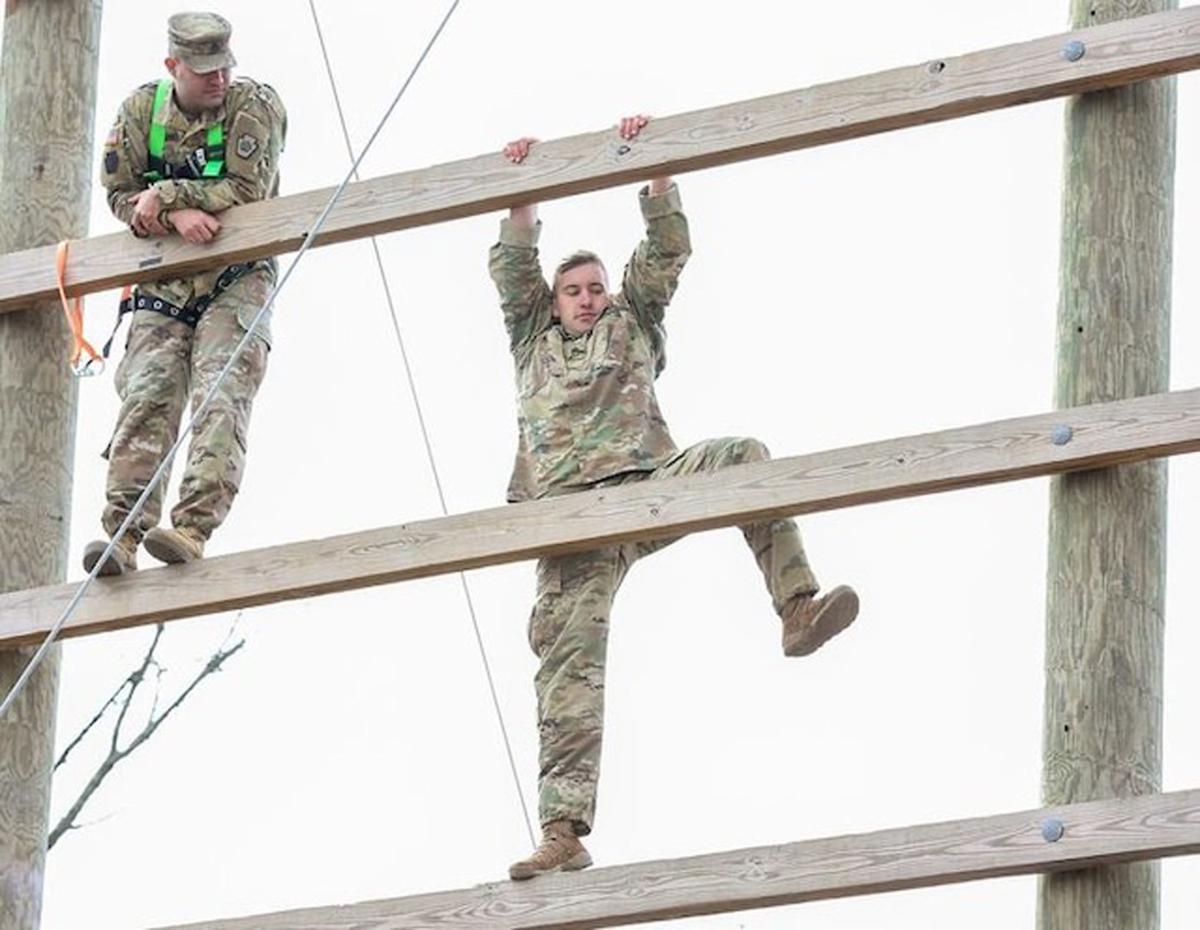 Trevor Howard, a native of Shinglehouse and a 2011 graduate of Oswayo Valley and also a member of the Army National Guard since 2011, was chosen through multiple processes to be a representative at the state level of competition for the Best Warrior Competition.

Howard was able to take first place during the state competition as he was named the Noncommissioned Officer of the Year and will get a chance to compete at the regional level to compete with other soldiers from the region.

The selection process for choosing what soldiers will be given the opportunity to compete consists of a few main steps in which they go through a thorough process to determine who would compete on the state level, and 14 enlisted Pennsylvania National Guard soldiers were chosen to compete in the state competition on March 11-14 in Fort Indiantown Gap.

Howard was nominated by his company to represent his company to compete in the Best Warrior Competition. “You have to compete in boards, knowledge boards,” Howard commented on how the selection process works. “You sit in front of a bunch of high-ranking NCO’s (Noncommissioned Officers) and essentially what they do is they look at your entire military record and drill you on questions, they are trying to pick who is going to represent the company.”

This isn’t Howards first time taking part in the competition and was just points shy of getting the opportunity last year to represent the state at the regional competition. “Last year I competed in the same competition and took second place at states last year,” Howard said.

This year, Howard came into the weekend determined after going through the selection process as well as sub-competitions in order to have a shot to win first this year. Howard took part in a number of not only physical, but also mental events on his way to victory.

“The competition itself has a compounding effect. One thing adds to the next,” Howard said. “A task you think would be easy on a regular day, once you knock everything out before it, it makes it a lot harder.”

Despite the extremely difficult and mentally exhausting nature of the competition, Howard was able to dominate throughout and found ways to keep himself motivated and focused. Howard took nine out of ten competitions during the event on his way to a victory.

Even with a convincing win, Howard admitted that it has a way of pushing to see what you can accomplish when put into such a grueling weekend of events. One of the most difficult events over the course of the competition was the land navigation section of the competition.

“It’s not just you’re going out for a run, you’re doing land navigation,” Howards said. “So land navigation you had to find a certain amount of points in a huge plot of land, at night time in the dark. So there is a big mental aspect. You have to learn to operate when you can’t see. But it is also physical, I ran probably seven miles at three or four in the morning just to search for these points.”

“The biggest takeaway that I have is that you always surprise yourself with what you can do,” Howard said. “How the competition works is back-to-back events. It’s a handful of days and it is one physical event to another mental event, then it's a physical event to mental event and you're just stressed. After the first day you really have to dig down, even when you think you’re going to hit a wall. It’s a lot of figuring out what your brain and your body can do.”

After having such a dominating weekend Howard believes that he has a strong chance of not only coming out of the regional competition, but to also have a chance to come away with a win on the national stage.

““I have a legitimate shot (to win), it was pretty much a wash at the state level, I took nine out of 10 competitions,” Howard said. “My goal is to win, to win nationals. I have a pretty solid chance of winning nationals and I want to represent the National Guard for the all-army competition.”

Howard will get to compete at the Region 11 Best Warrior Competition in Aberdeen Proving Ground, Md. to compete with other Army National Guard soldiers from the Northeastern part of the United States.

Clouds and some sun this morning with more clouds for this afternoon. High 79F. Winds S at 5 to 10 mph.

Cloudy. A stray shower or thunderstorm is possible. Low 64F. Winds SSW at 10 to 15 mph.