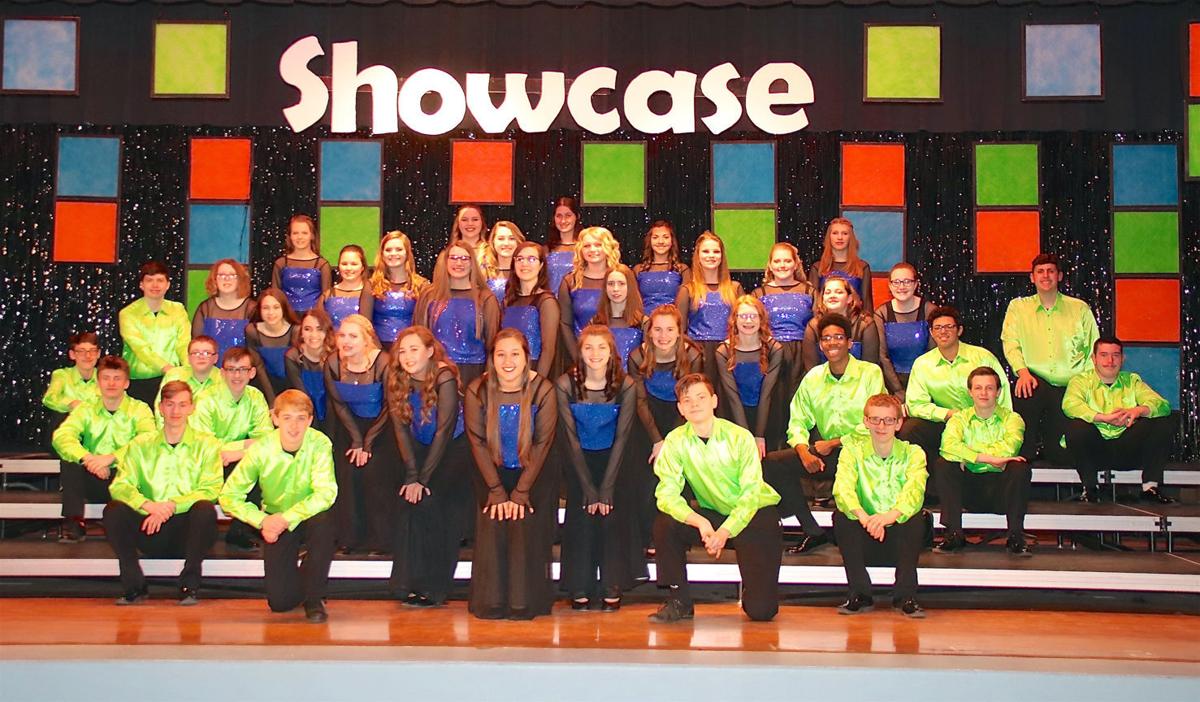 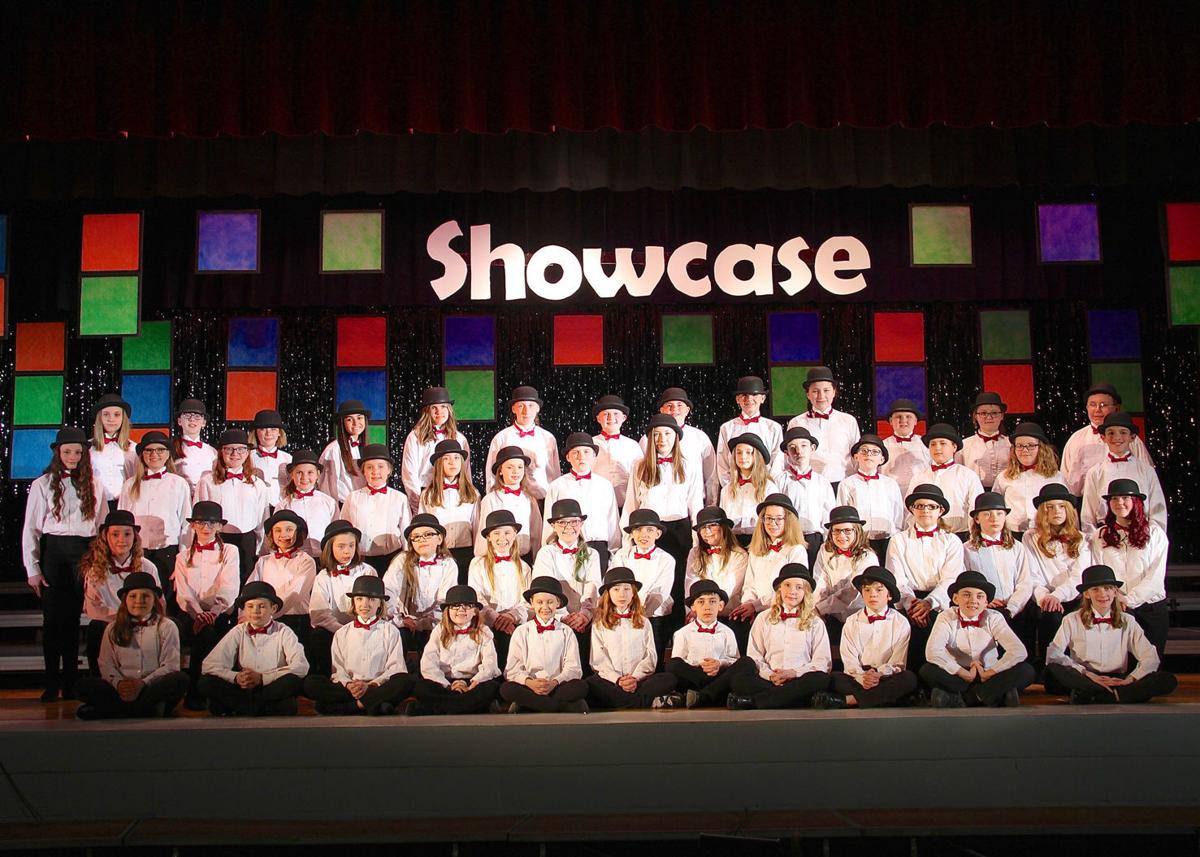 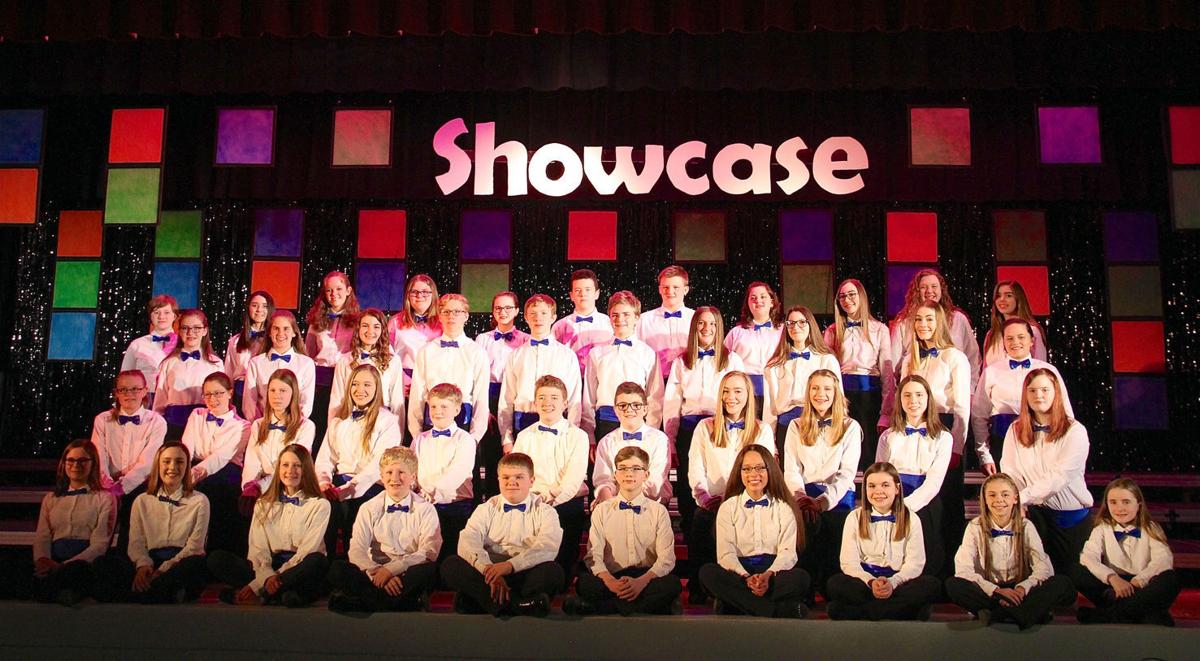 The junior high choir is preparing for Showcase.

The junior high choir is preparing for Showcase.

The Elementary Ensemble was up next with “If I Only Had a Brain” from the “Wizard of Oz.”

Ayden Russell sang “Anthem” from Chess followed by “One Foot” by the Junior High Show Choir.

“And This Shall Be For Music” was the second song for the Junior High Show Choir. Tara Briggs followed with “The Mad Hatter” from “Wonderland.”

“What Is This Feeling?” from “Wicked” was performed by Melody Gimino and Audrea Gimino followed by Chloe Cramer singing “The Wizard and I,” also from “Wicked.”

From “The Greatest Showman,” “Come Alive” was performed by the Senior High Show Choir with soloists Dominick Button and Kolby Hosterman followed by “Born to Be Somebody” by the Elementary Ensemble with soloists Gianna Glasgow and Derrick Xxaros.

“Sit Down, You’re Rocking’ The Boat” from “Guys and Dolls” with soloist Daniel Finn was the final performance by the Junior High Show Choir. Owen Russell sang “Tell My Father” from “The Civil War.”

“Big Time” with soloists Madison Preston and Tara Briggs was performed by the Senior High Show Choir followed by” Do You Remember?” From “Peter Pan” with soloists Ayden Russell and Madison Preston. “Come Alive (Reprise),” also by the Senior High Show Choir was the last song before the traditional finale performed by the Combined Choirs. “Hand In Hand” featured soloists Mallory Causer, Ryland Lawton and Owen Russell and Keely Tarbox, Ailaina Saltsman and Anthony Edgell.

Pam Fischer is a longtime resident of Port Allegany and a writer and photographer for the Reporter Argus.