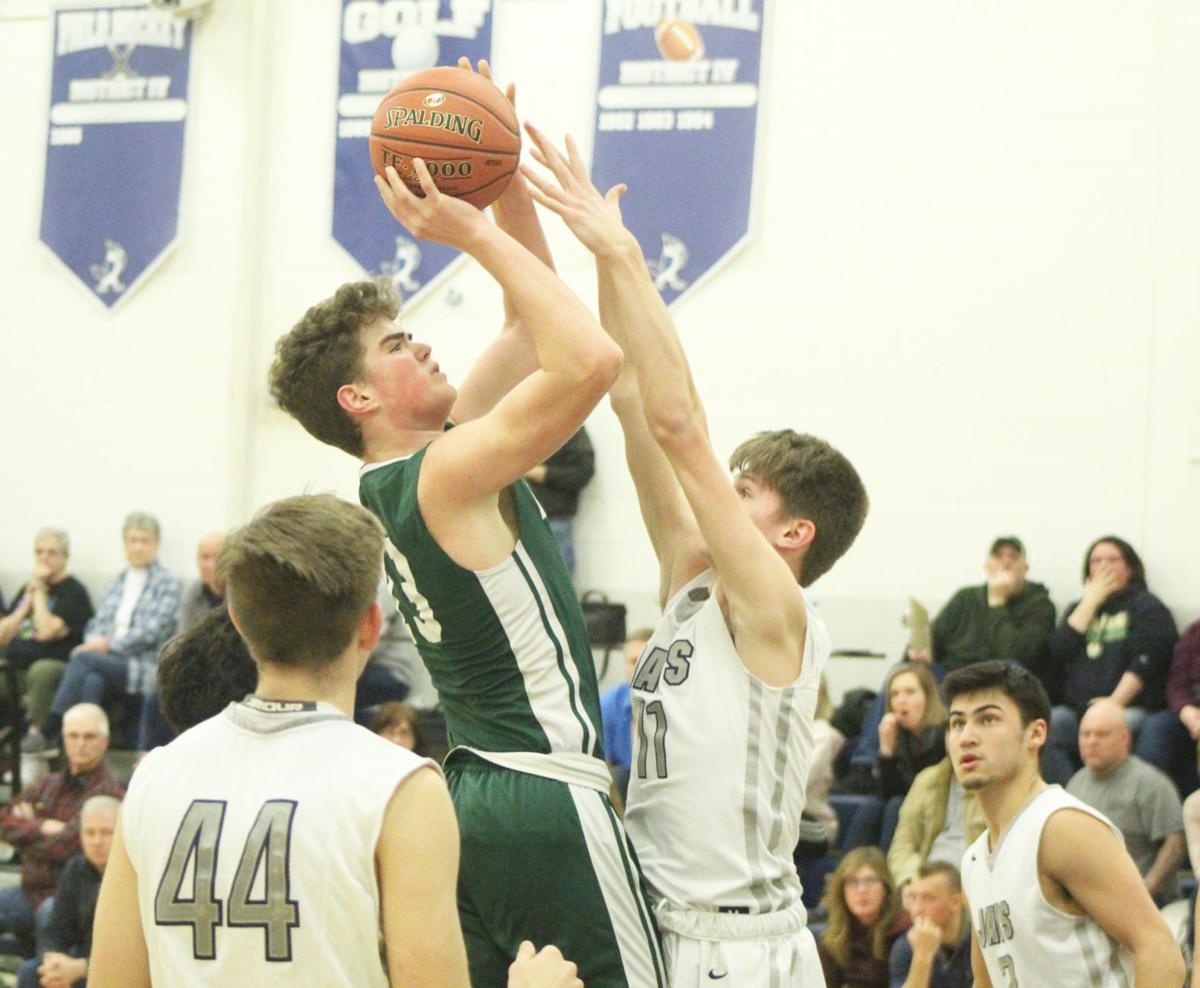 Liam Manning rises over the defense for a shot during the Wellsboro Hornets first-round district playoff loss to Central Columbia last season. 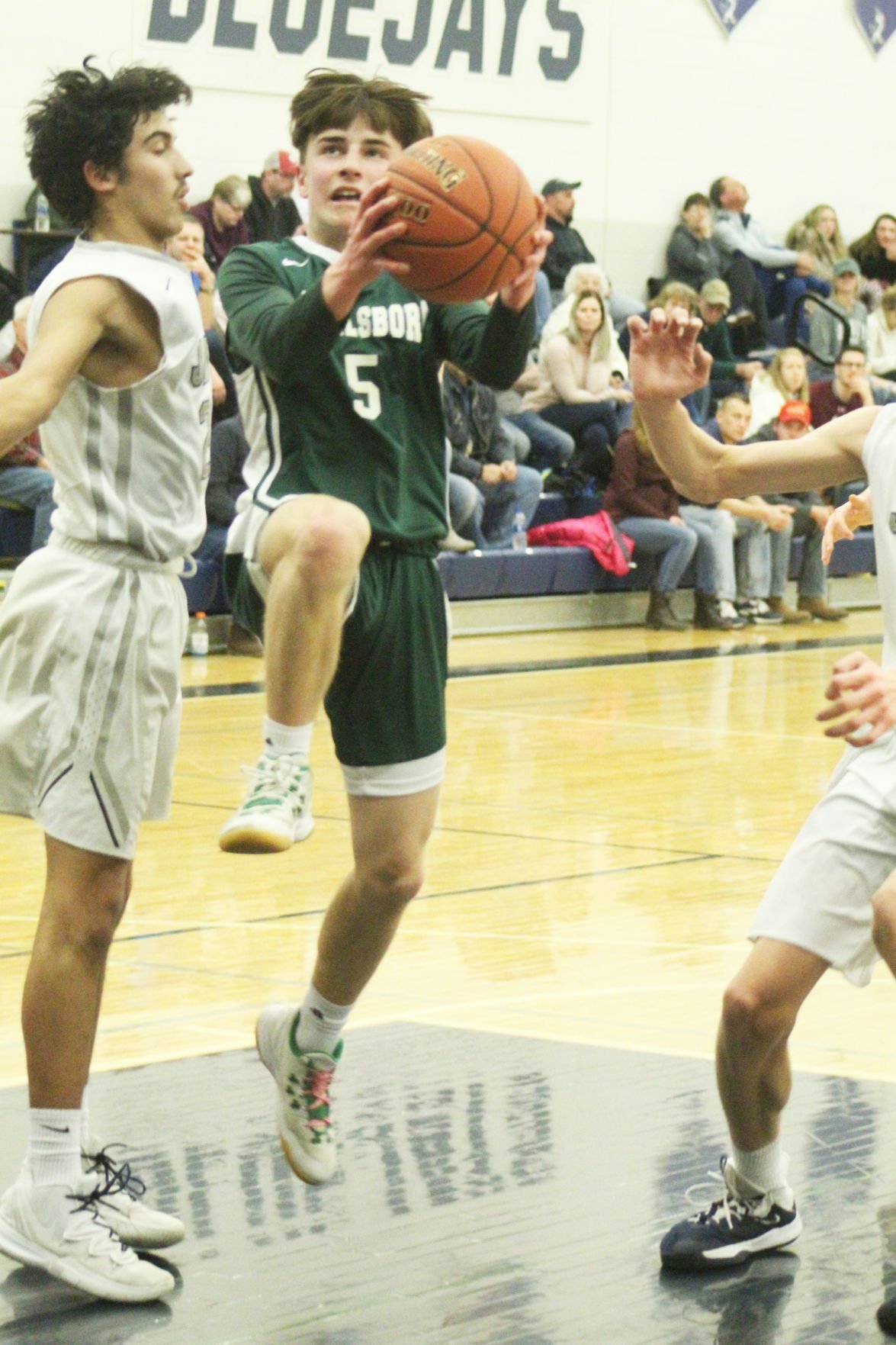 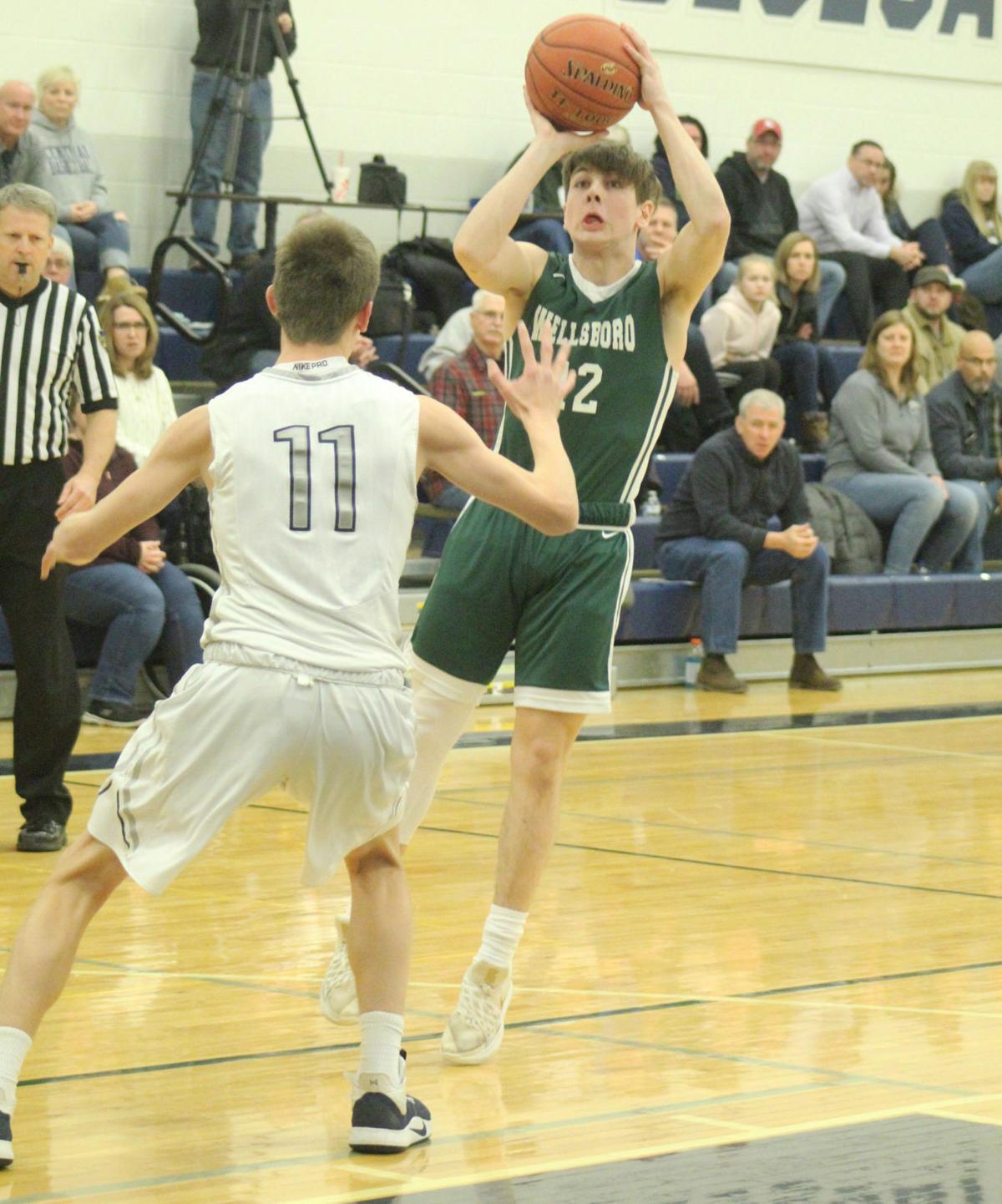 Darryn Callahan takes a jump-shot during the Wellsboro Hornets first-round district playoff loss to Central Columbia this past season.

Liam Manning rises over the defense for a shot during the Wellsboro Hornets first-round district playoff loss to Central Columbia last season.

Darryn Callahan takes a jump-shot during the Wellsboro Hornets first-round district playoff loss to Central Columbia this past season.

The Wellsboro Hornets basketball team put together a strong season in 2019 with a roster littered with underclassmen; now they have their eyes set on taking the next step as a unit in the 2020 season.

Wellsboro finished the season with a 12-11 record last year, but that mark is rather misleading.

“Being young and inexperienced played a factor in close games,” Wellsboro basketball head coach Steven Adams said. “There were times when the players found themselves in a situation for the first time. The more experience they get in close games and learn how to close out and finish the close games, the better we will become.”

In the District Playoffs, they had Central Columbia on the ropes, but youth and small mistakes ended up being their undoing in the final two minutes of the game.

Now with the roster having another year of experience under their belt, they are looking to turn the corner and find a way to win those contests.

“I think the fact that we have been somewhat battle tested will only make us better,” Adams said. “This group is tight and they care about one another and are willing to sacrifice as a team. I’m sure they will compete with everything they have.”

One player who will look to build on a strong 2020 campaign is freshman Conner Adams.

The speed of the game was tough to get under control in his first few contests, but once he found his rhythm, he was one of the best players on the court for the Hornets.

In his first six games he averaged just over four points a game, but in his final 17 he was a completely different player, averaging just under nine points per game. Also, even though his assist numbers for the season weren’t off the charts he did a good job of making good passes and running his offense, which is no small feat for a freshman point guard thrust into the varsity lineup.

Another player to look out for is big man Liam Manning, who was extremely tough around the rim in 2019 averaging a near double-double on the year with 10 points and seven rebounds per game and was a solid paint-protector for the Hornets last season.

Two other players who are looking to make a significant leap are the wings for the Hornets, with Darryn Callahan and Isaac Keane both coming off strong seasons where they did a bit of everything.

Both proved to be deadly from beyond the arc, with Keane knocking down 18 three-pointers and Callahan with 20 in the 2019 season.

With scoring-leader Joe Grab transferring, the Hornets will look to a much more balanced approach on offense, with the leading-scorer likely to change on a nightly basis.

“This year the offense will look different as there will be much more of a team approach. Each night it could be a different scorer,” Adams said. “I believe the offense will be well rounded with everyone having a part to play. We will have to do some fundamental things to make sure we score points. Things like sprinting on offense, seeing the whole floor, when to fake, dribbling with a purpose, making the right pass, catching the basketball and playing within your capabilities. The players have the talent to be a very consistent offensive team.”

Wellsboro will have a tall order to make up the 24 points-per-game from Grab last season, and there might be some growing pains, but the Hornets will look to their team chemistry and cohesiveness as a unit in an effort to create a good balance on the offensive side of the floor.

“They will need to step their game up some and take some risks, understanding that at times they will make some mistakes, but they can’t get down on themselves,” Adams said. “They are smart kids so they will have to adjust and adapt. If an offense isn’t working then we try something else. One thing I count on from these guys is I know they will give me their best effort and, by doing that, we can only improve.”

One of the biggest points of improvement from the team last year will need to be the defense.

The Hornets had stretches where they played phenomenal on that side of the ball, but also some stretches that they would like to forget.

It will take a total team effort for the entirety of every game for them to turn what may have been seen as a weakness from last season, into a strength.

With a loaded NTL this season, the Hornets will need to compete with some tough teams in 2020, but the expectations are to be in the hunt for a playoff spot and possibly an NTL title.

“We want to compete for the NTL and be a playoff contender. With that said, Troy returns everyone from a championship team and Athens and Mansfield are always tough,” Adams said.

“I think every game in the NTL will be a battle but that is what makes it fun. We really want our guys to work hard each night in practice. We need to pay attention to detail, play as a team and have fun with one another trying to get better each night. I look forward to working with these guys because they do have very good chemistry and teamwork. They are a good group of young men and I enjoy coaching them.”

Partly cloudy skies in the morning will give way to cloudy skies during the afternoon. Slight chance of a rain shower. High 44F. Winds SW at 10 to 20 mph.