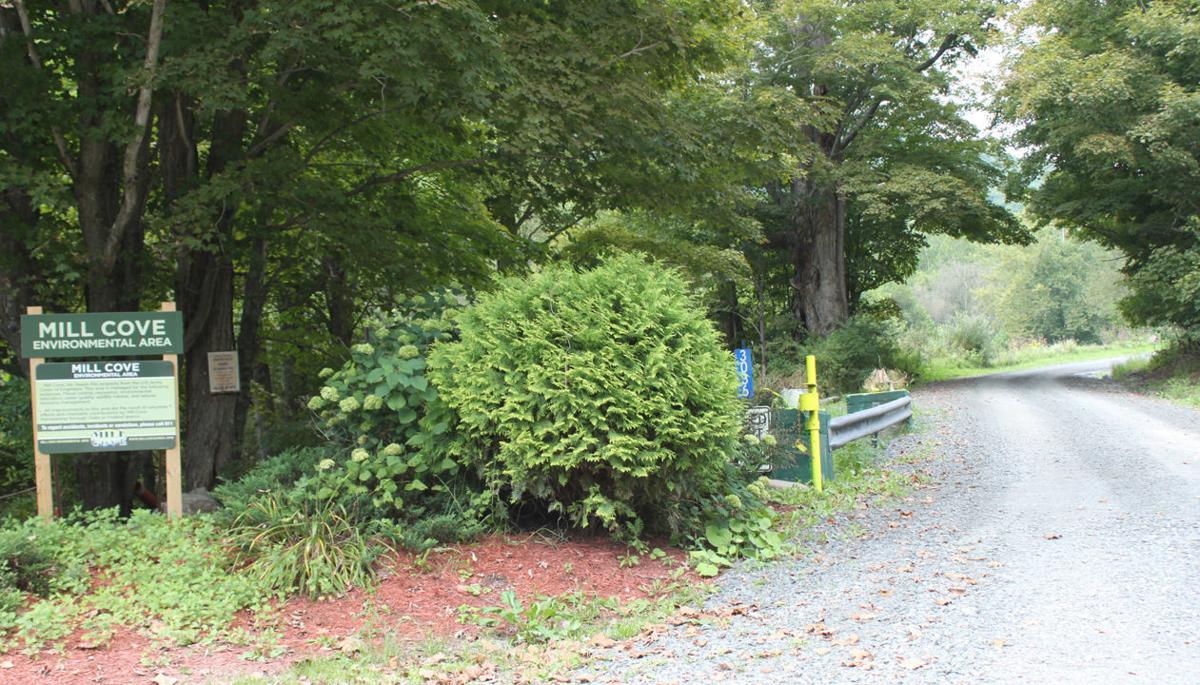 The Mill Cove Recreation Area bridge at the entrance to the area is undergoing replacement due to damage from high water last year. 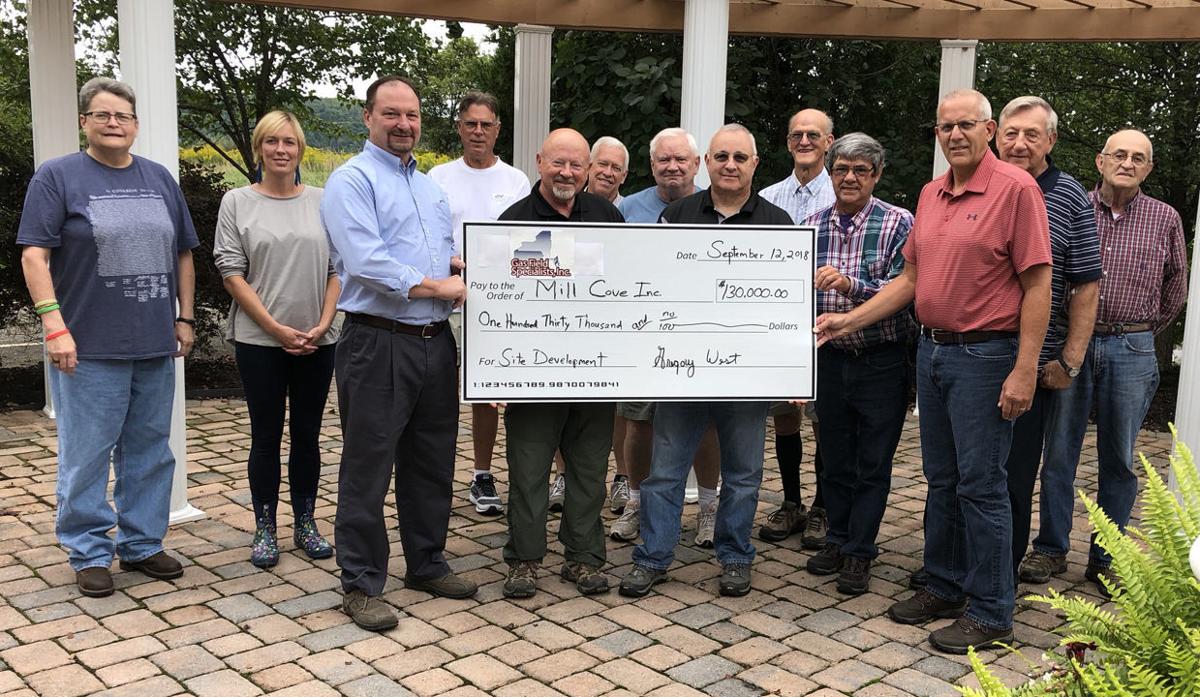 Members of Gasfield Specialties and Mill Cove Association met at the Lambs Creek Food and Spirits, Mansfield to receive a $130,000 donation for bridge work to be done at the recreation area.

The Mill Cove Recreation Area bridge at the entrance to the area is undergoing replacement due to damage from high water last year.

Members of Gasfield Specialties and Mill Cove Association met at the Lambs Creek Food and Spirits, Mansfield to receive a $130,000 donation for bridge work to be done at the recreation area.

According to Fred LaVancher, association board member and one of the original founders of Mill Cove, the group is “totally dependent on contributions.”

“Last year we found out we need to replace the bridge into the property and their contribution, though it was made to do the site work for the education center, now needs to be used for the bridge, LaVancher said.

There was damage to the bridge as a result of excessive rain last year, he added.

“The pipes handled the high water fine, but the problem was it didn’t pass the National Bridge Inspection Program inspection,” he said.

The water got three to four feet high in the pavilion on the site, but LaVancher said they knew it would happen during high water events, because Mill Cove is a flood plain for the Hammond Lake project.

“It has been as high as the rafters in other high water events,” he said.

The total amount of the contract is $337,000 for both projects and Gasfield Specialists is doing the actual construction. The bridge work started last week and is anticipated to be completed by the end of September, according to LaVancher.

“We have the design work, which was done by the Game Commission, modified by Larson Design Group, and reported it to the Baltimore office of the Army Corps,” he said.

The permitting from DEP, NPDS and the county conservation district has all been secured along with approval from the county planning commission.

LaVancher said that “several years ago the Army Corps inspected the pipes under the bridge and determined they had deteriorated on the bottom, and now the Corps is requiring they be replaced,” he said.

The bridgework involves two abutments on either side of the stream with a 30-foot steel structure and a timber deck in the design, LaVancher said.

“The funds we have raised so far for the building project will be used for this project,” he added. “We are also working on the state RCAP, grant program, from the capital budget.”

The overall cost of the center, including site work, is about $1.5 million, and partially paid for with a grant through the RACP program LaVancher said.

LaVancher said they have already invested in the project and “we can use those funds we have invested towards the match.”

Projects include the pavilion, road, shooting range and storage building.

Doug Starkey will be the job superintendent for Gasfield Specialties, located in Shinglehouse, Potter County.

The project has been in the works since last year, LaVancer added.

A mix of clouds and sun early, then becoming cloudy later in the day. High 19F. Winds light and variable.