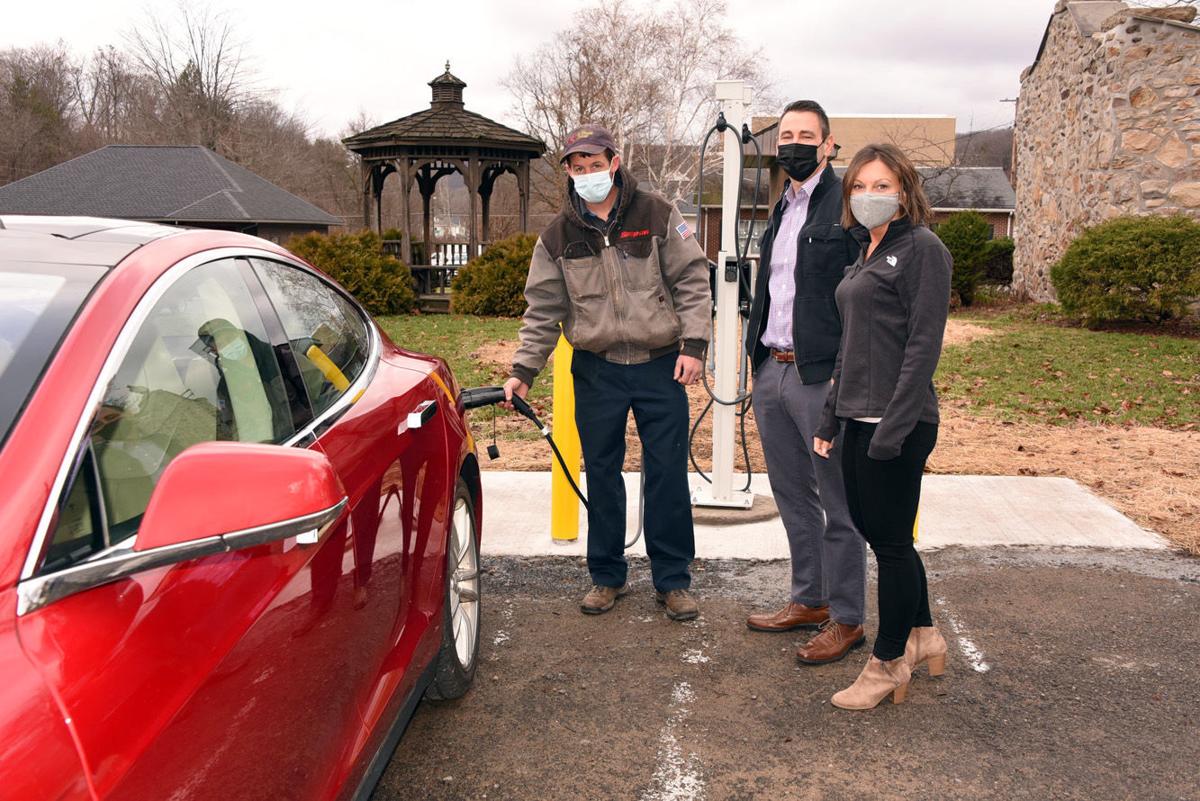 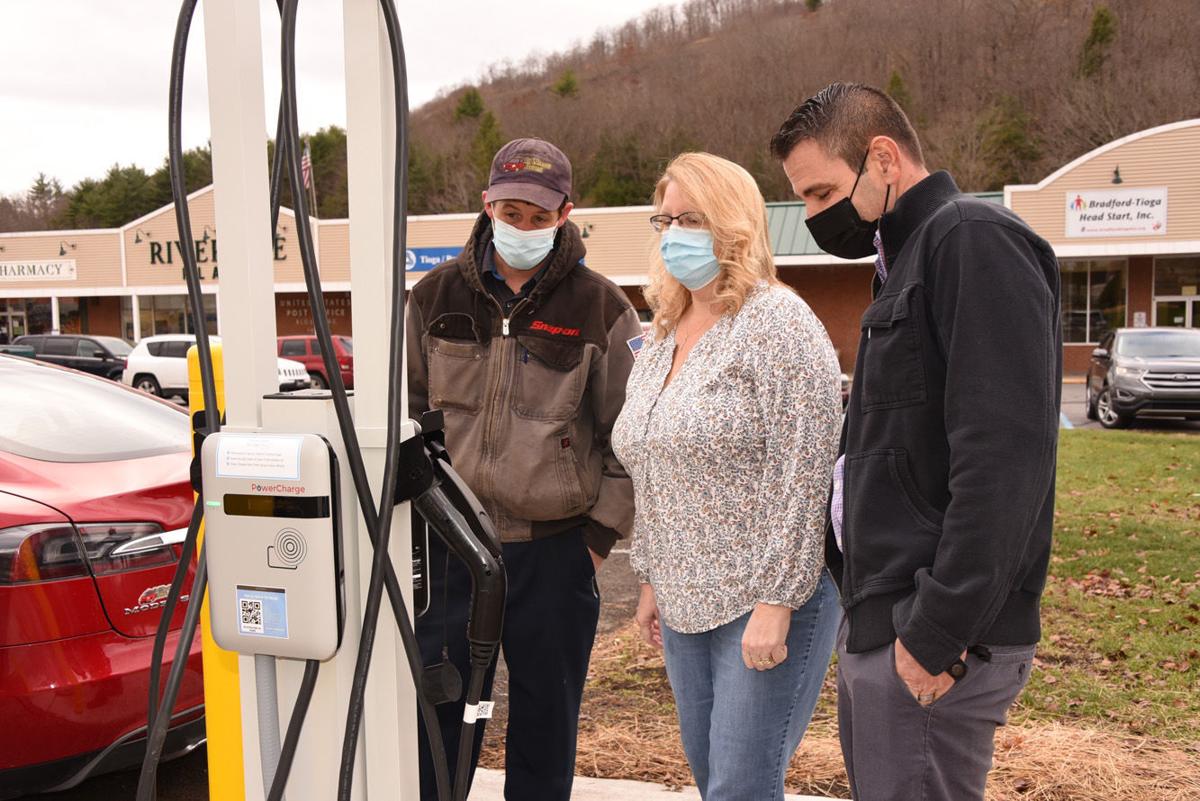 BLOSSBURG — Electric vehicles will have a new place to get charged in Tioga County.

The grant was discovered and written by Cheryl Bubacz, borough secretary.

“I filed the grant on Thursday and got the answer the next Monday,” Bubacz said.

The station will accept credit and debit cards or through an app. Typically, drivers of electric and hybrid vehicles look for charging stations every 80 miles. Blossburg lies between stations in Williamsport and Painted Post, N.Y.

The 220 volt charge will charge different makes and models at different rates. A full charge may require several hours, but even partial charges will have drivers spend a few hours in Blossburg.

“The hope is as they charge their car, they will shop at the Holiday Market or get a meal at The Farmer’s Table,” said Mayor Shane Nickerson.

To inform drivers, especially those on Route 15, the future I-99 corridor, Blossburg has applied and been approved for signs at exits and on Business Route 15.

Bubacz is already planning for the future.

“The next one will be a quick charge,” she said.

Mostly cloudy with snow showers around before midnight. Low 16F. Winds NW at 10 to 20 mph. Chance of snow 50%.

Mostly cloudy with snow showers around before midnight. Low 16F. Winds NW at 10 to 20 mph. Chance of snow 50%.

Considerable clouds early. Some decrease in clouds later in the day. A few flurries or snow showers possible. High 21F. Winds NW at 15 to 25 mph.