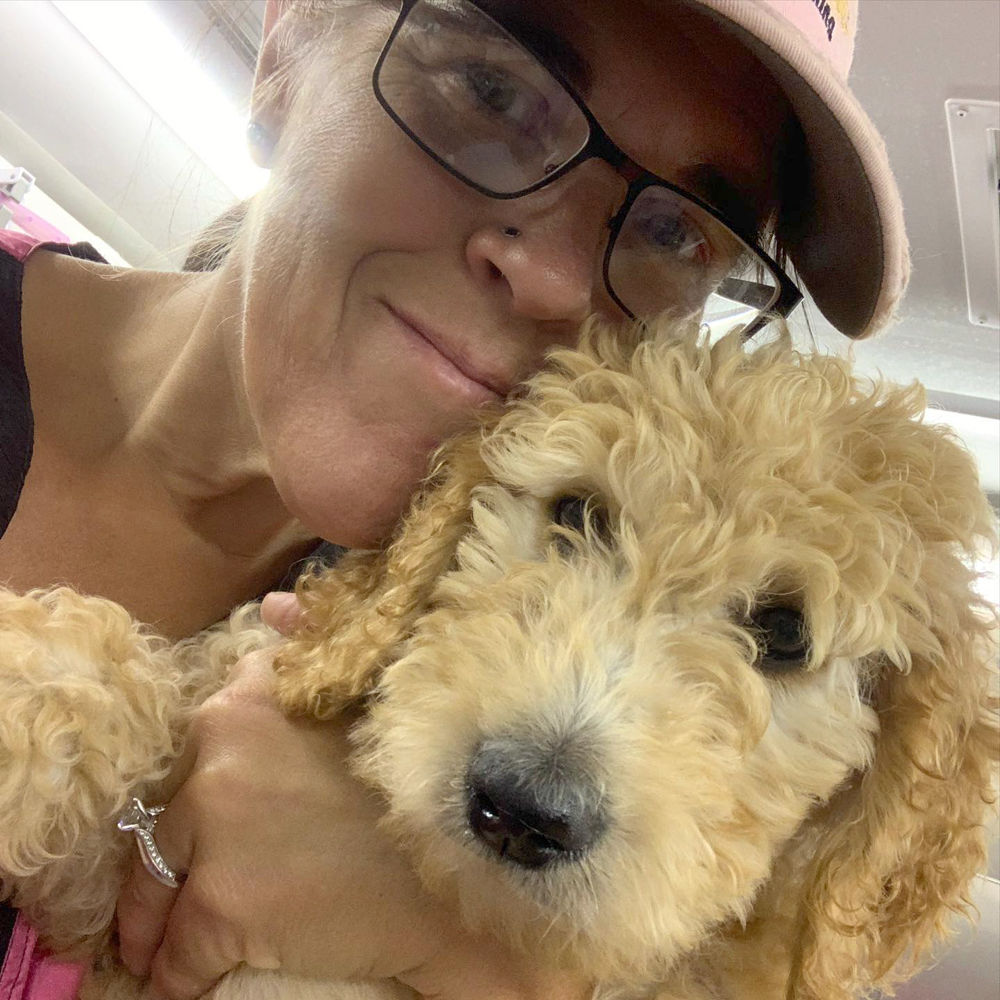 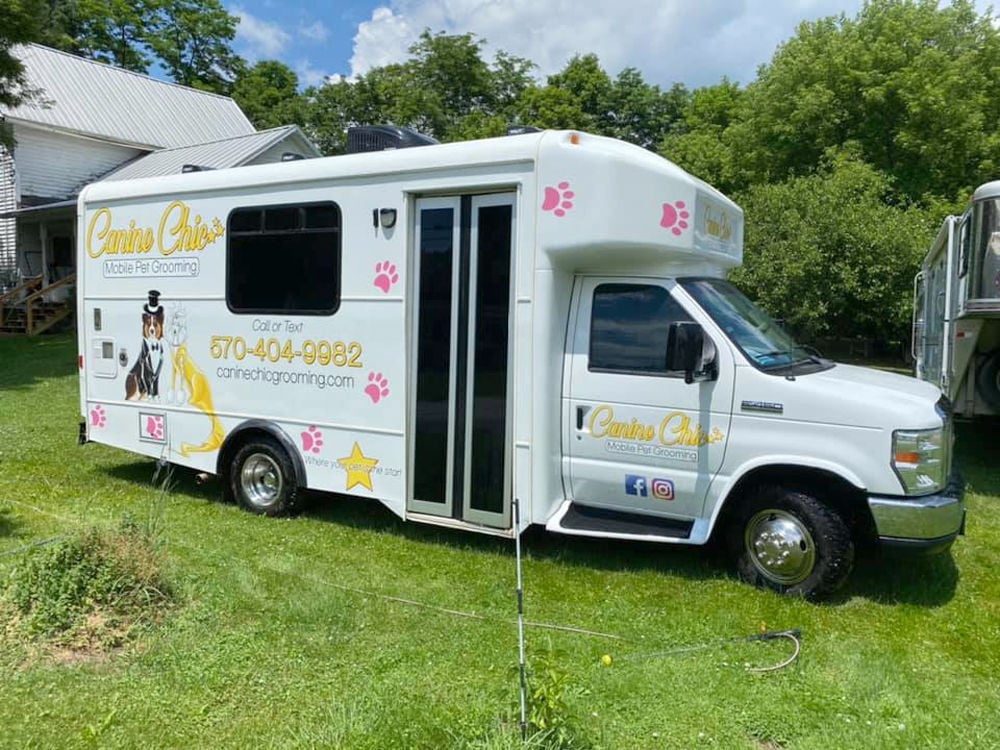 The Canine Chic van is tricked out to prepare any dog for a special day or just to stay groomed and healthy.

The Canine Chic van is tricked out to prepare any dog for a special day or just to stay groomed and healthy.

After less than a year in business, Canine Chic has established itself as one of Tioga County’s premier dog-care services. Completely contained within one state-of-the-art van, Canine Chic travels the northern tier and into New York State, washing and brushing and clipping all the way.

“It’s going really well,” says owner and operator Ann Grenier. “I’m grooming four days a week, and will probably have to go to five. It’s just been crazy. There aren’t a lot of groomers here, and the ones who have been in business a long time are completely booked up. These days, it’s also very convenient; people don’t have to travel. I just pull up in the driveway, the dog comes in, and about two hours later we’re done.”

Grenier is a native of Maine, and relocated to a farm outside Mansfield in 2009 when her daughter settled in the area. She is a miniature Australian shepherd breeder and owner, a horsewoman with four horses of her own, as well as a barrel-racing rodeo competitor. She is also the owner of the nonprofit Miss Keystone State Rodeo PA, which promotes young female rodeo competitors in competition.

“My father bred and raised hunting dogs,” Grenier recalls, “and I started working with animals in 2006. Of course, I was an adult before I realized that lots of dogs actually lived in the house, and not just outside.”

After opening a brick and mortar grooming salon in Mansfield, Grenier transitioned to working in the gas industry for several years.

“I always knew I wanted to retire and groom,” she says, “and the van seemed a better idea than another salon.”

Grenier grooms every size and breed of dog; dogs must have proof of a current rabies vaccine. Grenier is also a distributor for Nevetica, a line of products that supplement various aspects of canine health.

“I wouldn’t partner with them if I didn’t know these were the best pet supplements – they are human-grade and thoroughly tested,” she said.

Grenier’s van houses a grooming station, a tub, storage, a dryer and a vacuum, a 100-gallon water tank, and large exhaust fans.

Grenier prefers that pet owners remain in their homes, as the dynamic with a dog can change when the owner is present or even nearby.

“I can even get your dog from your house and groom it while the owner’s not home,” says Grenier.

Partly cloudy skies this morning will become overcast during the afternoon. A stray shower or thunderstorm is possible. High 77F. Winds WSW at 5 to 10 mph.