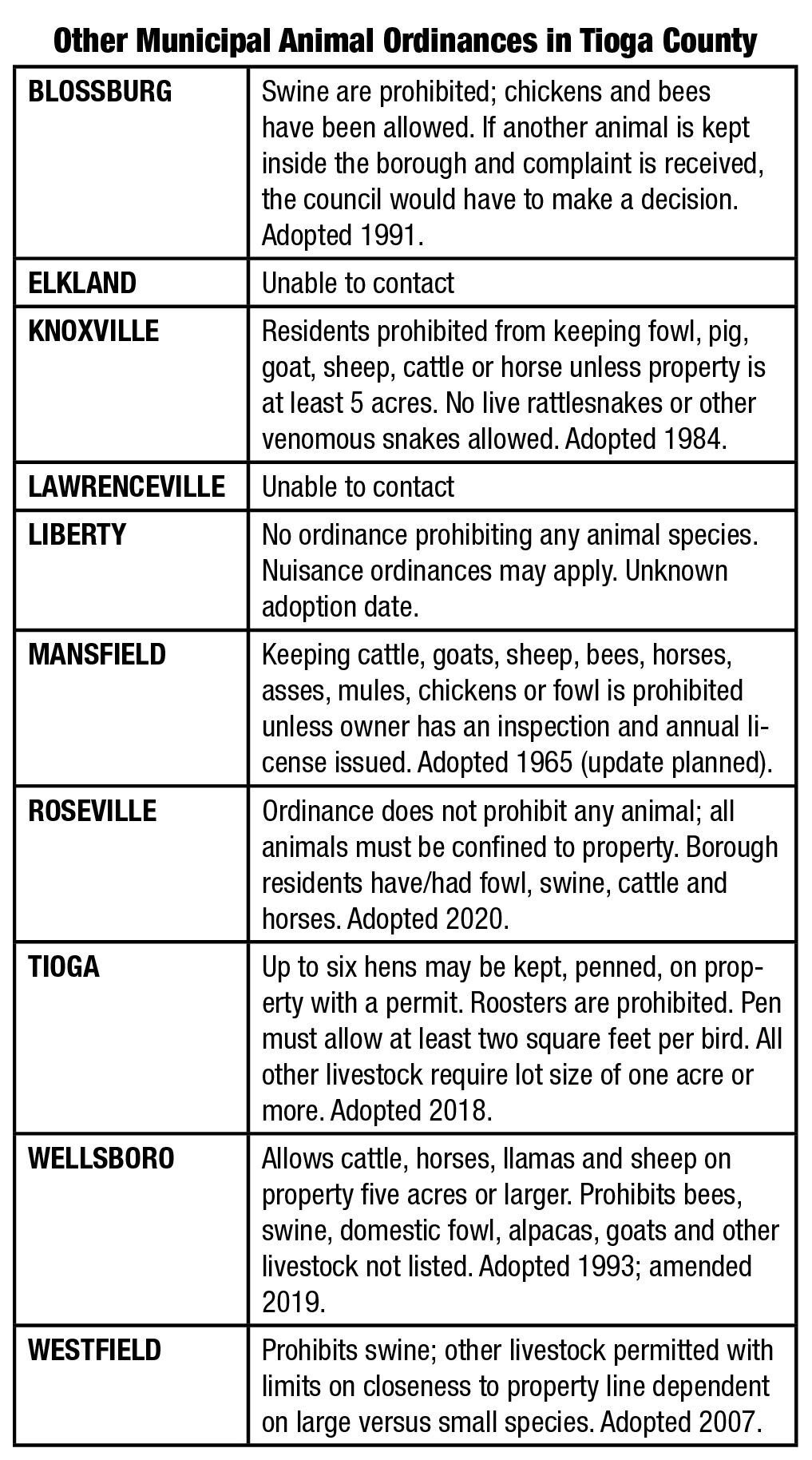 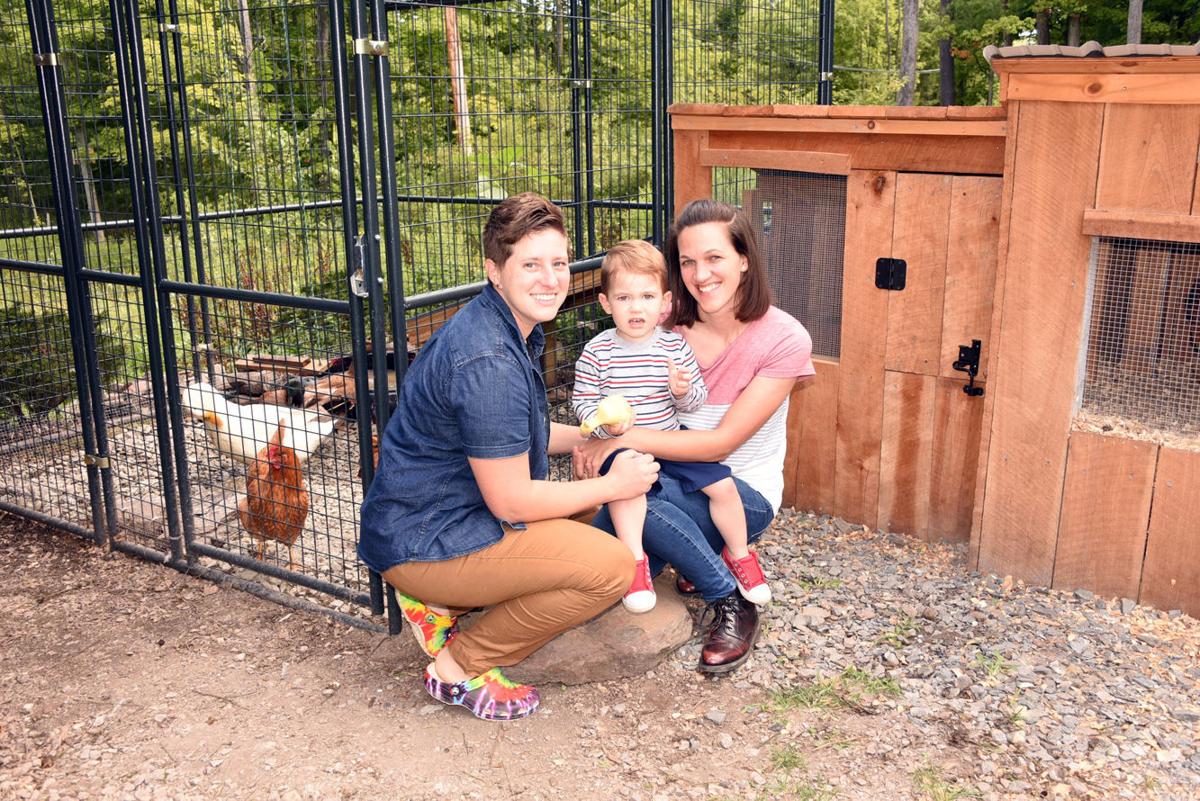 Anna Wales (left), Raquel Rogers and their son, Jude, pose outside the coop and pen that holds their four ducks and four chickens.

Anna Wales (left), Raquel Rogers and their son, Jude, pose outside the coop and pen that holds their four ducks and four chickens.

WELLSBORO — The borough here is seeking at least $7,000 in fines against a family that is keeping domestic fowl in the borough in violation of the borough’s 28-year-old ordinance.

Raquel Rogers and Anna Wales, residents of 30 Bodine Street, are scheduled to appear before District Judge Rob Repard on Jan. 27 on charges of keeping live chickens from Nov. 4, 2020 to present. As of the Jan. 4 filing, the $50/day fine had accrued to $7,000 and is expected to increase by the date of the hearing.

Ironically, said Wales, the civil complaint and hearing date arrived one day after the couple received notice of a hearing in front of the borough’s zoning hearing board for a variance to keep the birds. They applied for the hearing in October 2020.

“The reason we didn’t respond to the borough’s fine notification was because we paid a $750 fee to apply for a variance from the zoning board,” Wales said. “We’ve been waiting for the hearing date since October. Why would we get rid of the birds if we were going to have a hearing date at some point?”

It began when the couple purchased four chickens and four ducks in spring 2020. In June, they received notice that keeping the birds violated the borough’s ordinance and asked the council to reconsider the ordinance in July.

A committee visited their property and recommended that the ordinance stay as is in August. In October, the council again voted to leave the ordinance unchanged, prompting Wales and Rogers to apply for a variance.

The eight-month saga will be decided the week of Jan. 24. The borough’s zoning hearing board will meet at 5 p.m. Jan. 26 to decide the fate of the variance request. The court hearing on the civil complaint is scheduled for 1:15 p.m. Jan. 27.

Scot Boyce Jr., Wellsboro borough manager, said the two issues are separate and the timing is coincidental. The zoning hearing board addresses issues dealing with zoning; the animal ordinance is not part of the zoning ordinance.

Many people have asked Wales and Rogers why they continue to keep the birds, particularly in light of a significant fine. First, they receive eggs from the birds, which also till the soil and eat pests and weeds. The family also finds it therapeutic to watch and care for the birds.

“It’s been really stressful for us,” Wales said. “People say wouldn’t it be easier to get rid of the birds. But we really want to see this change. This ordinance needs to change and somebody needs to stand up to them and say it.”

The ordinance, adopted in 1993 and amended in 2019, allows property owners with 10 or more acres to keep up to three cattle, horses, llamas and sheep and four of each species with 15 acres or more. The ordinance prohibits keeping bees, domestic fowl, alpacas, swine, goats and other animals not specifically permitted.

“There are so many great examples, even within the state of Pennsylvania, of small towns and large cities who have addressed this issue. They could look to those places for guidance,” Wales said. “Right now, it just gives people with large tracts of land what they want and leaving everyone else with nothing. I think it is really restrictive. I don’t think it really reflects our agricultural needs, our entertainment needs. We can do better.”

Some sun in the morning with increasing clouds during the afternoon. High 27F. Winds NW at 5 to 10 mph.