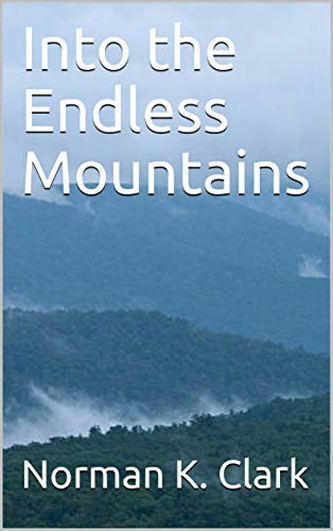 “Into the Endless Mountains,” by Norman K. Clark is set in Tioga County in the 1980s and blends mystery, a quest and folklore. 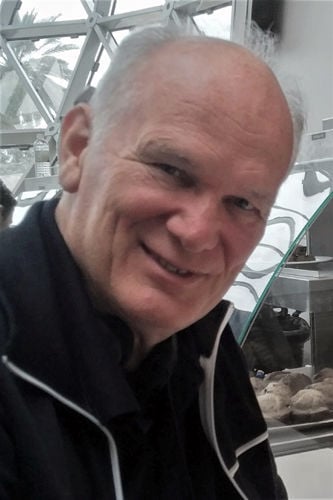 Solving a mystery is the quest for the main character in author Norman K. Clark’s first novel, “Into the Endless Mountains.”

The 719-page novel, set in the Wellsboro and Richmond Township, combines legend, mystery, a quest and determining what’s real — and what’s not.

“Once you start writing and once I get the characters identified, you kind of sit back and see what the characters do. It took them that many pages to tell their stories,” Clark said.

Clark, who is a Pennsylvania native now living in Fort Myers, Fla., is a lawyer and also owner of a management consulting firm to law firms with international practices.

His protagonist, Russell Poe, is a middle-aged Philadelphia lawyer who inherits a cabin and property in Richmond Township. He decides to move to the area, where he meets unusual characters, unearths several mysteries and is drawn to the local folklore.

“I set it there for one big reason: back in the 1980s was before cell phones,” Clark said. “There is nothing that demystifies mysteries and solves mysteries quicker than a cell phone with GPS.”

That era was also a time when legend and folklore held a “stronger sway” over what people, said the author. Russell, a history buff writing about Bradford’s campaign during the French-Indian War, receives notebooks filled with local legends, while at the same time trying to solve the mystery of a stone circle on his property.

“It becomes — over the course of a year and a half — his quest to determine in this new surroundings where he lives what’s real and what isn’t,” Clark said.

All the characters are also struggling to determine what’s real and what’s not, including Wanda whose husband died after a reported wolf attack. Clark also hopes readers enjoy the dualistic personality of the characters.

While looking for a setting for the novel 20 years ago, Clark discovered Wellsboro and decided it was the right location.

“Something about the town said to me, ‘This is the place’,” Clark said. “At that time, it was a charming town with a very interesting history and I just became fascinated with it as a place to set this story.”

Clark hopes that readers walk away having enjoyed the story and a little more.

“On a higher level, I want the readers to see the value of searching itself, the intellectual process, the journey,” Clark said. “That has value; we learn about ourselves from that. And I hope they learn that we should not be afraid to undertake those types of mental and spiritual adventures.”

He’s currently finishing his second novel, “Under Hays Woods,” which he hopes to publish in November. This novel also includes a quest for the protagonist, local history and folklore involving the Pittsburgh coal mining community of Hays Woods.

“Into the Endless Mountains” is available on Amazon for Kindle or in paperback.

Sunshine and a few afternoon clouds. High around 50F. Winds SSW at 10 to 15 mph.