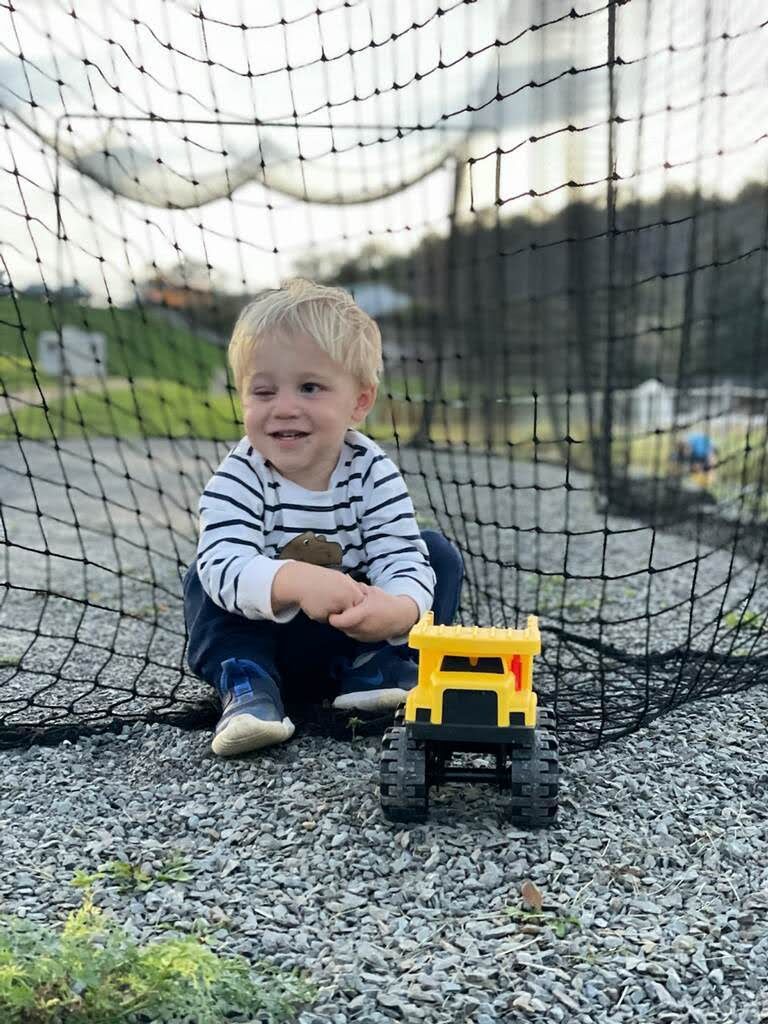 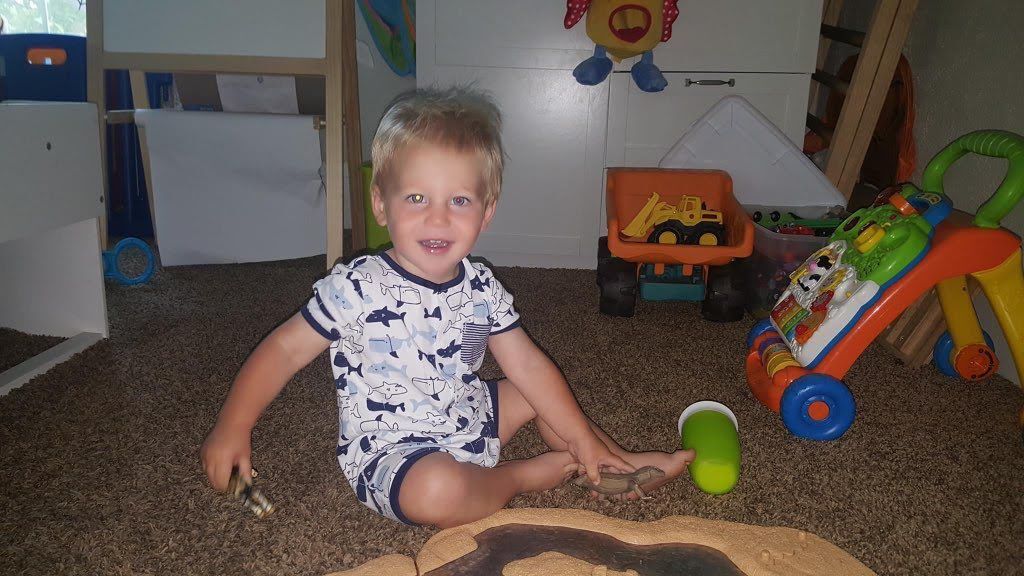 Left: The “glow” is visible in Eli’s right eye in a recent photo that prompted the search for treatment. 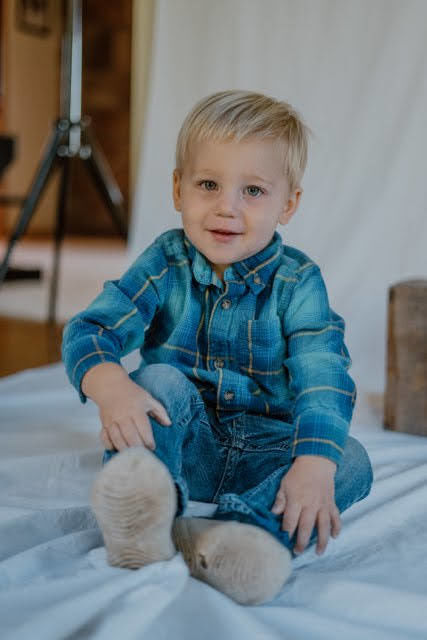 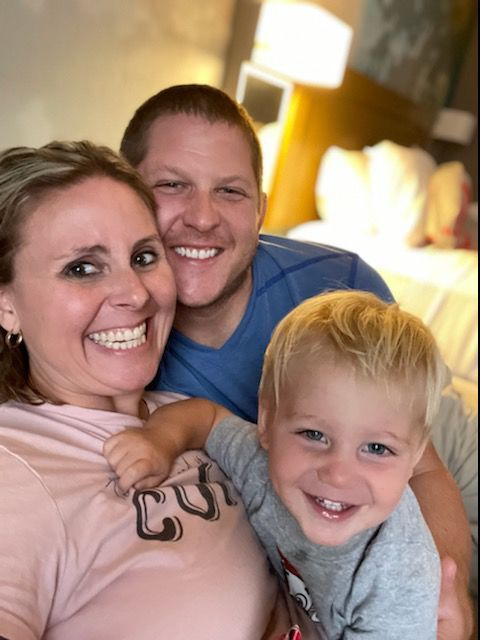 Eli plays with his parents, Christina and Shawn Gill, in their Wellsboro home before surgery to remove his eye. 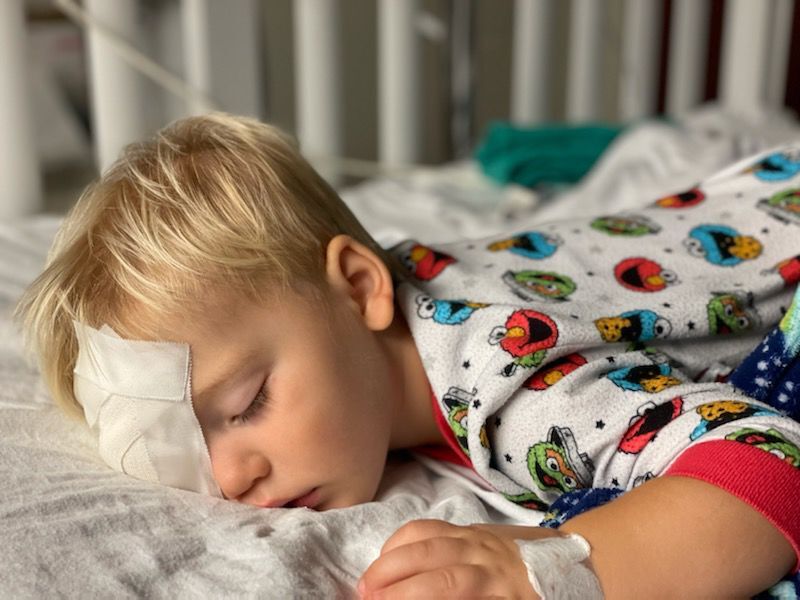 Right: Eli rests following the 30-minute surgery to remove his eye after he was diagnosed with Coats’ disease. 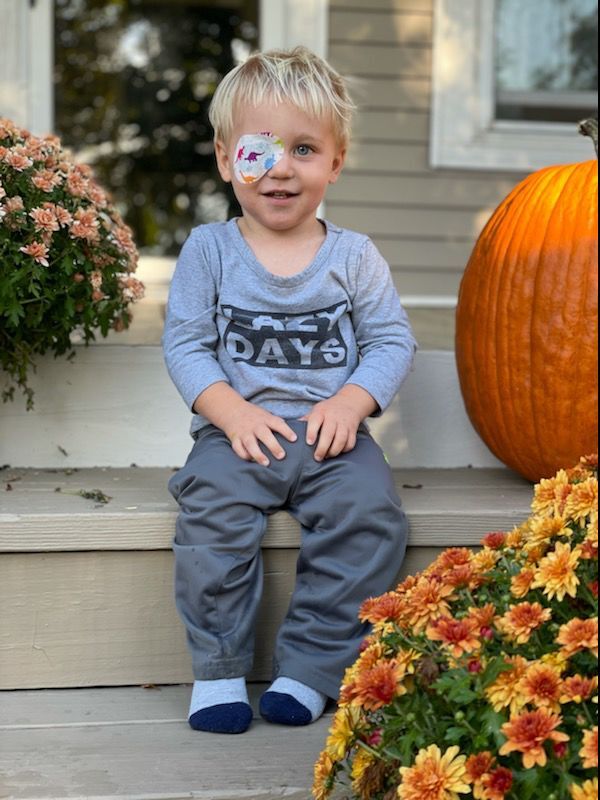 Left: The “glow” is visible in Eli’s right eye in a recent photo that prompted the search for treatment.

Eli plays with his parents, Christina and Shawn Gill, in their Wellsboro home before surgery to remove his eye.

Right: Eli rests following the 30-minute surgery to remove his eye after he was diagnosed with Coats’ disease.

WELLSBORO — A photograph helped a Wellsboro family identify a rare disease in their toddler, and get him the treatment he needed. Now they are working to raise awareness to prevent childhood blindness.

Their story began Sept. 1 when Christina and Shawn Gill began talking about an odd glow in their son Eli’s right eye in a recent photo. Instead of the typical red eye, it shone white or yellow-gold.

“Recently I had started noticing a white film in his eye, like a cataract,” said Shawn. “Looking at old photos, we could see the glow.”

Eli, their 19-month-old, blonde-haired, blue-eyed, 24-pound bundle of energy, seemed to be healthy and active as he tried to keep up with older brothers Owen and Conner.

Going back through their photos, the glow first made an appearance this past Christmas. Through an internet search, they learned that “the glow,” or leukocoria, is indicative of several childhood eye diseases. One possibility was retinoblastoma, a potentially deadly cancer.

Christina immediately began searching for an optometrist to examine her son that day.

“We had a very hard time finding an eye doctor because he is under the age of five,” Christina said. “Fortunately, Dr. (Robert) Strohecker said if you can be here in an hour, I will take a look.”

Following the exam, Dr. Strohecker immediately referred the family to an eye specialist. Events moved quickly. On Sept. 3, Eli had a sedated MRI — another challenge to find a hospital willing to perform the procedure — to determine if it was retinoblastoma. It took a day of phone calls before the Children’s Hospital of Philadelphia would agree to perform the MRI.

Eli did not have retinoblastoma, but he did have Coats’ disease. This disease is rare, affecting about 200,000. The blood vessels in the eye start to leak, eventually leading to blindness and retinal detachment.

He was examined Sept. 7 by pediatric eye specialist Dr. Carol Shields at the Wills Eye Hospital in Philadelphia and returned Sept. 15 for an exam under anesthesia.

There are five stages of Coats’ disease. By the time a patient reaches stage four, their chance of having vision again is almost non-existent. At stage five, the eye is removed.

“After that appointment, they determined the eye was so far gone, they told us the only option is to take out the eye,” said Christina.

Dr. Shields performed the surgery Sept. 23. In the week between the exam and the surgery, Eli moved from stage four to stage five.

“The first thing after the surgery they told us is he will live a normal life. There are three things he can’t do: fly a commercial plane, be active in the military or an active police officer,” Shawn said. “He might be handicapped, but it is not a disability.”

His eye was donated to Duke University for scientific research.

The family stayed overnight at a hotel, then returned home the following day. Eli wore a patch for about a week, until he removed it. He returns to Philadelphia in November for a check-up.

The four muscles that move the eye are now attached to an implant that will “trick” the brain into thinking the eye remains. When Eli gets a prosthetic in November, it will move in conjunction with his other eye.

He’s also wearing a clear conformer in the socket which will be removed when he gets the prosthesis. He will be fitted with new prosthetics every six months to a year until he is an adult.

“I’ve talked to other parents, the one thing that comes up is my persistence to advocate for my child and not give up,” she said.

It is unlikely that Coats’ will affect Eli’s remaining eye. He will have an eye exam every four to six months, probably for the rest of his life, so doctors can monitor it.

The family has remained strong and optimistic. Brother Owen thinks Eli had his eye removed so he can be a pirate. Conner believes he had “the virus” in his eye.

The community has also rallied to support the Gills, who have lived in Wellsboro for four years.

“I don’t think we could have asked for a better place to live and go through this,” Christina said.

Christina Gill has created a Facebook page, Eye Fight for Eli, which details the family’s ex…

Cloudy with rain and snow early changing to all rain and becoming intermittent late. Low around 35F. Winds S at 10 to 15 mph. Chance of precip 90%.

Cloudy with rain and snow early changing to all rain and becoming intermittent late. Low around 35F. Winds S at 10 to 15 mph. Chance of precip 90%.