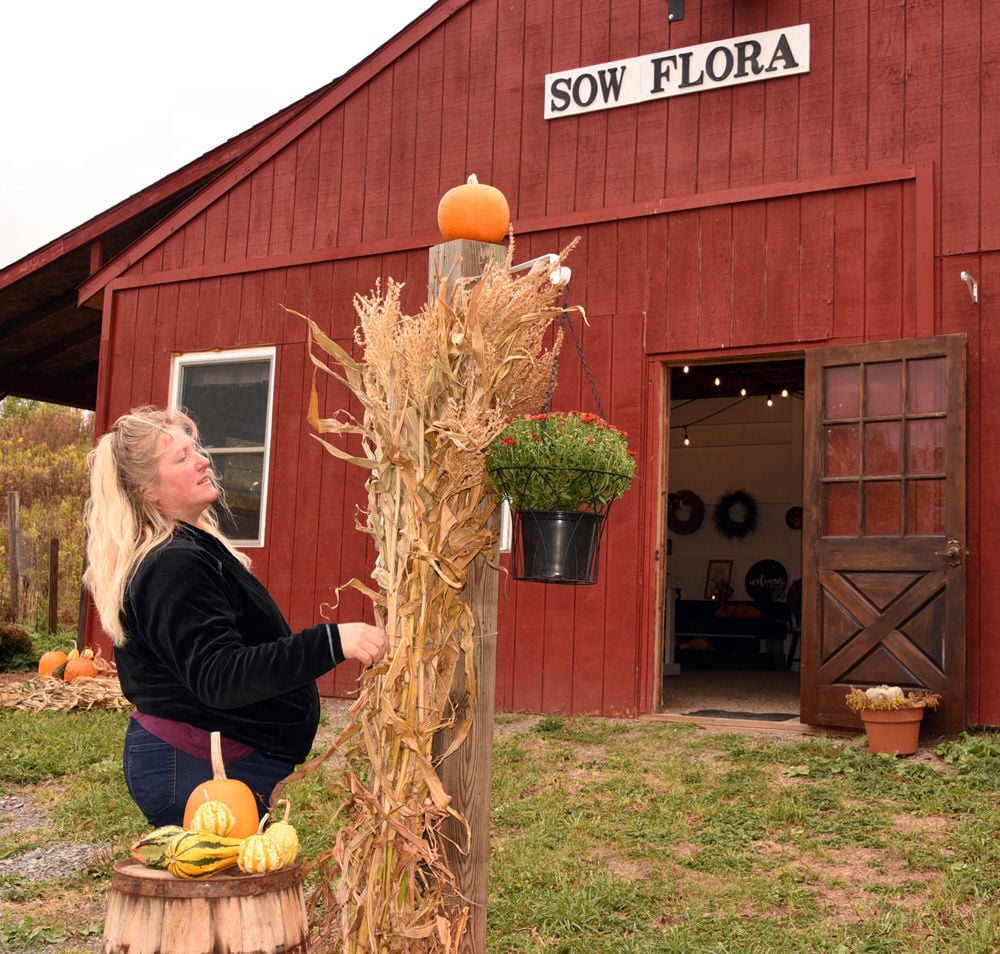 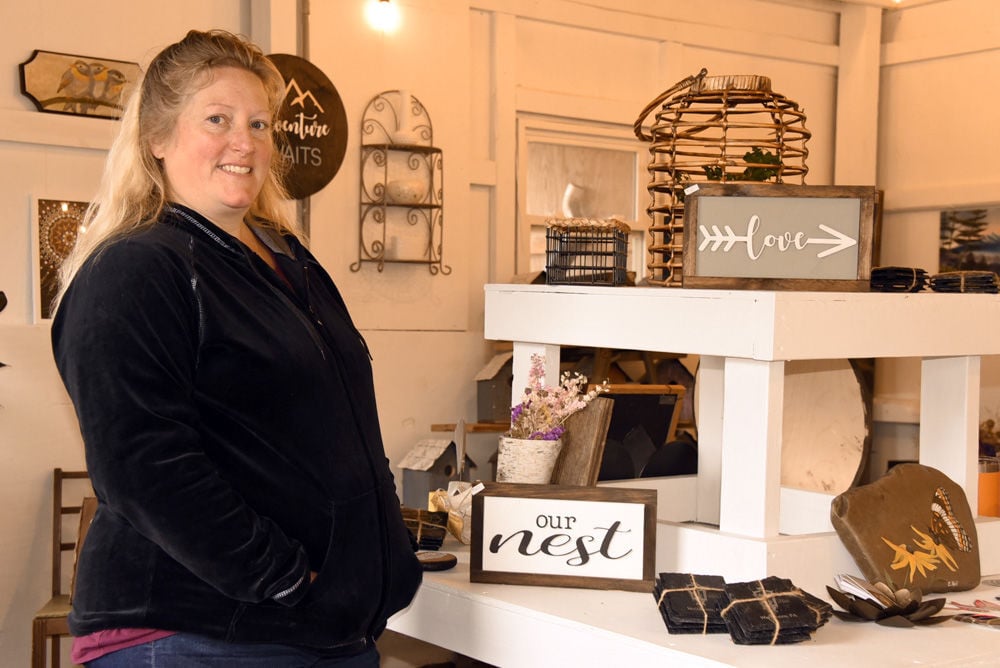 Cheryl Hall stands in the gift shop along the household decorative items sold in the shop.

Cheryl Hall stands in the gift shop along the household decorative items sold in the shop.

WELLSBORO — Although only a few weeks remain in the season, a recently-opened flower shop has had a bustling first season.

Sisters Cheryl Hall and Sarah Reese opened Sow Flora behind the Animal Care Sanctuary on Route 6 in Charleston Township. It took a little work before they could open the doors.

The shop is housed inside a former horse barn on the property. Hall and Reese have been growing and selling cut flowers — mostly annuals — for several years.

Last year, the two began looking for a place to have an outlet and office away from home. Hall, who works at ACS, spoke to the director, Rachel Preble, about finding a spot. Preble suggested the barn.

“Anyplace we wanted had to have some place somewhat level so we can grow flowers,” Hall said.

The barn had space around it for flower beds, but was overgrown with weeds and building materials around it. The sisters, family and friends cleaned the barn, closing in a front and adding windows along with a fresh coat of paint. They sowed flowers in a nearby paddock, complete with fencing to keep the wildlife away.

Reese came up with the name, said Hall, with sow referring to growing their flowers from seed and flora to the flowers themselves.

To complete the entry, they found a large three-foot ovaloid rock in the flower bed to use as a doorstep.

Parking is available at the barn for those picking up orders or who cannot climb the hill. Others can park at the ACS lot and walk up, taking in the flower beds as they ascend.

The inside of the barn received a coat of whitewash, along with a counter made from pallets and a floor of pea gravel. It also picked up several gift vendors to augment the flowers.

Jordan Smith of Smith Woodworking has signs, while Cameron Clemens provided bird houses and bird feeders. The feeders have sold out.

Preble has an inventory of natural items, such as bug spray and balms. Danielle Wagner of Rustic Elegance has earrings, while Reese has crystals and healing stones. Hall also contributes.

“I do paintings and wreaths and all the dried items,” she said. “I’m always painting flowers and birds and my sister Sarah wanted me to paint mandalas. Those have become pretty popular.”

The outlet is open seasonally and will close probably at the end of October, depending on weather. Hours are 2-5:30 p.m. Tuesday, noon-6 p.m. Friday and 10 a.m.-4 p.m. Saturday.