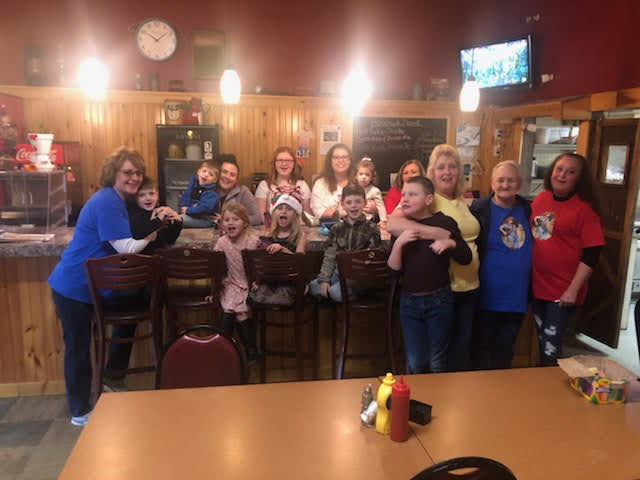 Relatives of Rosie Silvernail and her father, Thomas Knapp Sr., gather for a photograph at Rosie’s Restaurant, where they served 150 free meals on Thanksgiving day. 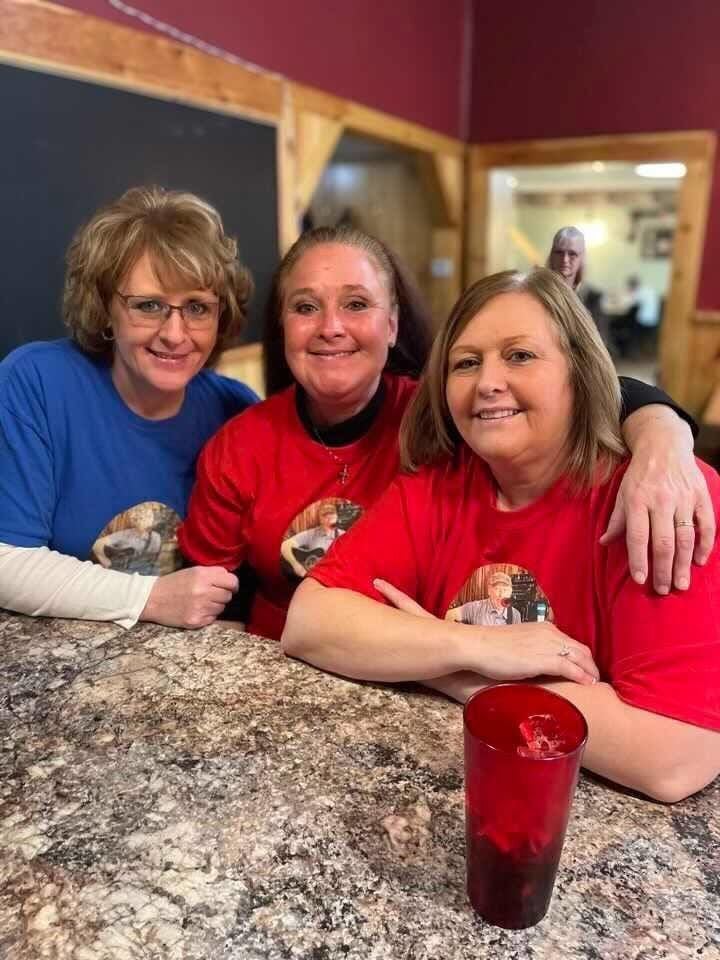 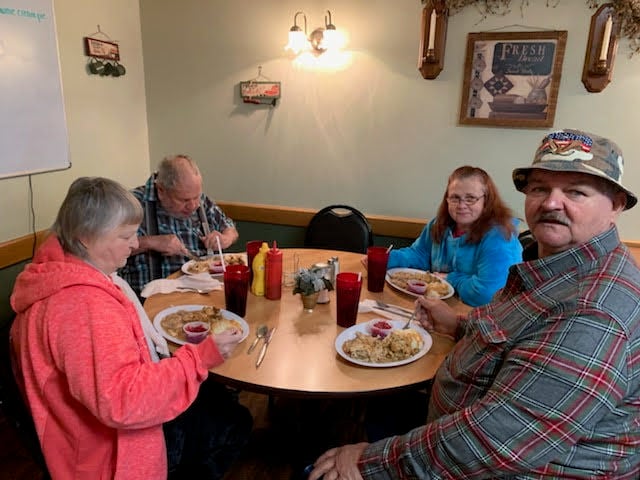 Continued from Page 1A 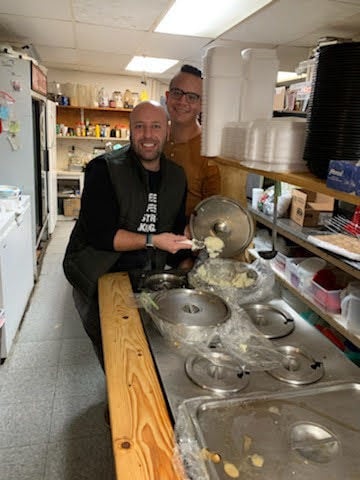 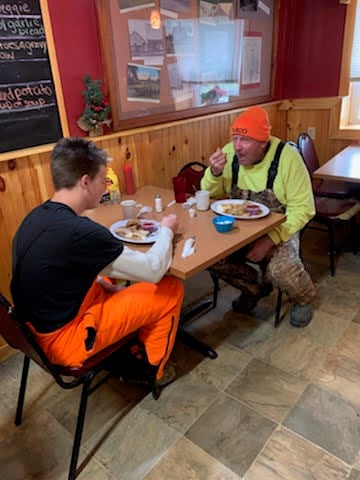 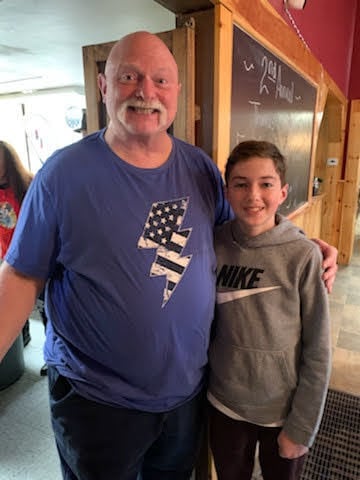 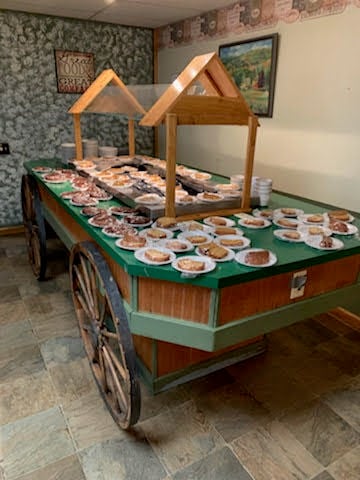 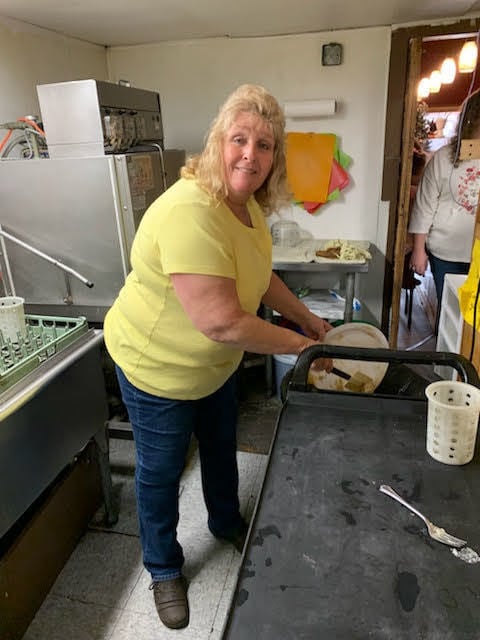 Relatives of Rosie Silvernail and her father, Thomas Knapp Sr., gather for a photograph at Rosie’s Restaurant, where they served 150 free meals on Thanksgiving day.

Continued from Page 1A

For the second time, Rosie’s Restaurant, owned by Rosemary Silvernail, offered free turkey dinners to anyone and collected $1,200 to purchase gifts for 12 families.

Silvernail’s sister Joanne Knapp-Elvidge said the family comes together in memory and honor of their father, Thomas Knapp Sr., who unexpectedly died in 2019.

“He was always the type of person who would give back to the community,” said Knapp-Elvidge. “He didn’t have a lot of money, but he would give you his last nickel.”

Following his death, his three daughters and two sons tried to think of a way to honor his memory. Silvernail, said Kanpp-Elvidge, came up with the idea of collecting donations while offering people the free meal.

“When my Dad was alive, we used to ‘adopt’ a family every year and my entire family would kick in and purchase Christmas for a family,” she added. “It was Rosie’s idea to do this, but we ran with it because it’s something we’ve always done.”

The siblings, their children, grandchildren, cousins and extended family all kick in to help..

In 2020, the event raised enough money to support 11 families. This year, they will provide for at least 12 families, she said.

“It’s just a nice way to give back to the community and remember our Dad because that’s what he was all about,” Knapp-Elvidge said.

Customers could sit down in the restaurant to eat or take food home. The meal consisted of turkey, stuffing, mashed potatoes and gravy, homemade cranberry sauce, drinks and dessert.

The work begins on the Monday before Thanksgiving when Silvernail and her mother, Debbie Knapp, cook 12 turkeys, slice and cool them to be reheated on the big day. About 35 family members — many wearing special T-shirts for the event — began arriving at 4:30 a.m. Thanksgiving day to prepare the other dishes.

“Everybody plays a role; everybody has a part,” said Knapp-Elvidge. “It’s fun. This year, one of my cousins and one of his grandson’s showed up. We weren’t expecting that, but we put them to work.”

“Tioga is a small community and everybody kind of knows everyone,” Knapp-Elidge said. “It was kind of like a big family coming in and out of the restaurant. It was a very relaxed atmosphere, just an opportunity to say high and be a part of something good.”

Tom Knapp Sr. would have approved, she said.

“My parents were married for 59 years when we lost my Dad and this has been a very special event for my mom. This has meant a lot to my mom to continue Dad’s legacy,” Knapp-Elvidge said.

Donations are still be accepted and can be dropped off at Rosie’s Restaurant at 6 Wellsboro St., Tioga. Hours are 6 a.m. to 8 p.m. daily, except Sunday which is 7 a.m.-6 p.m. For information, visit www.restaurantji.com/pa/tioga/memas-.