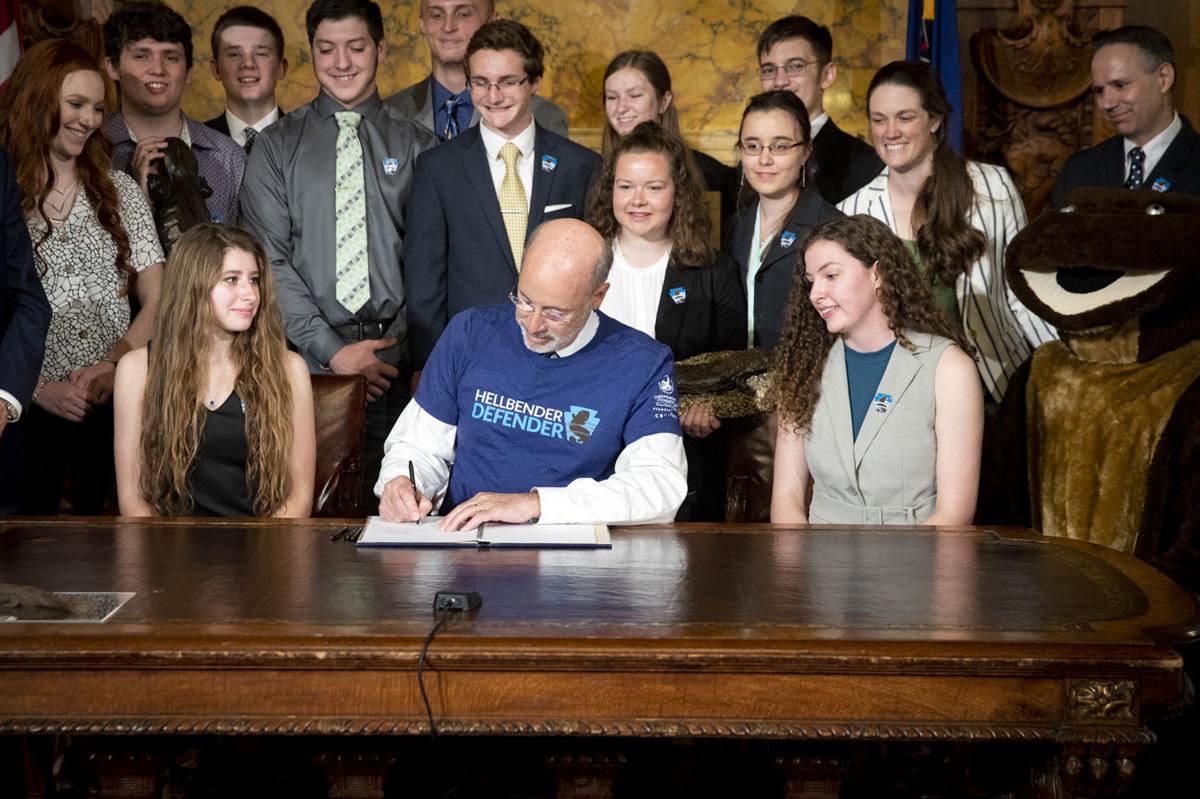 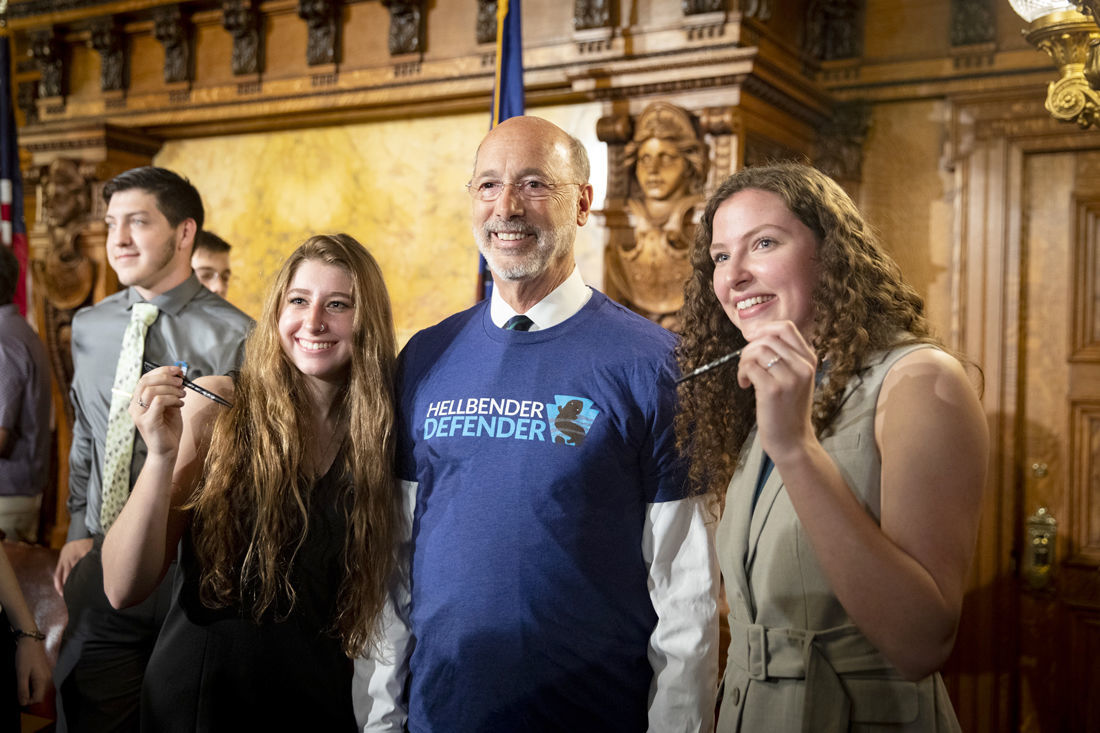 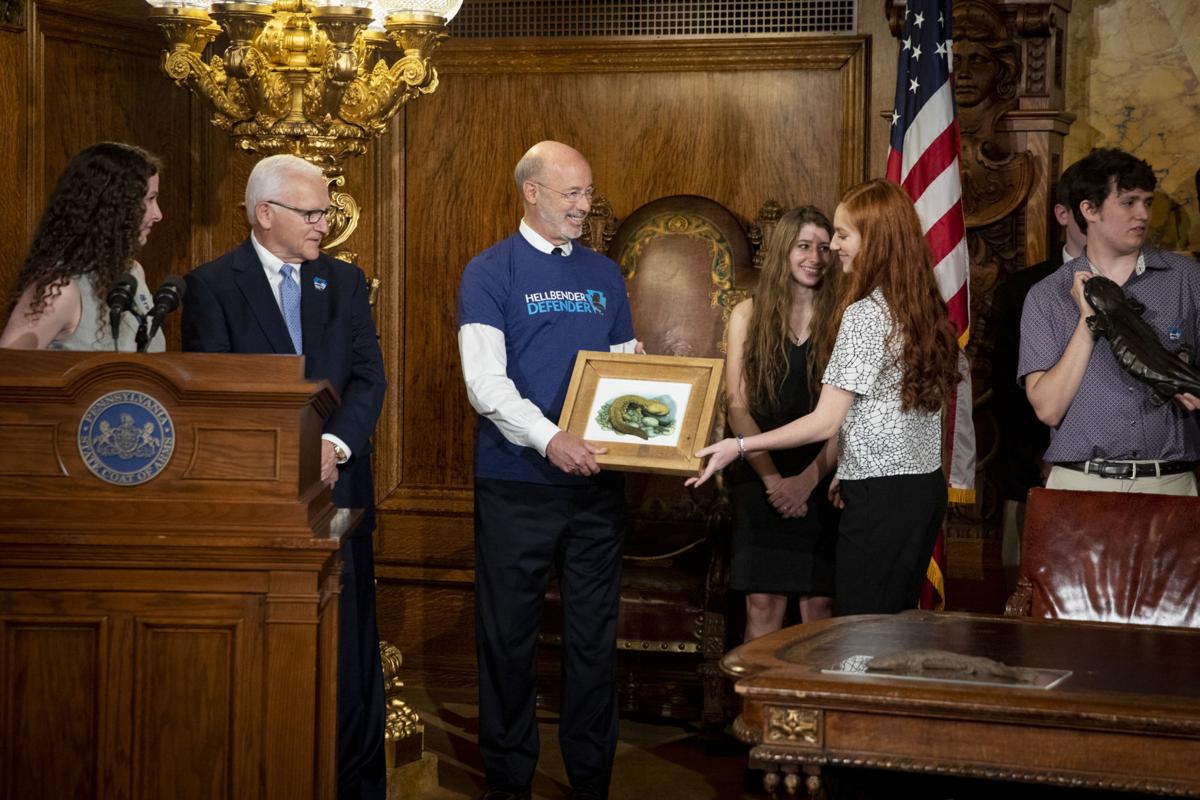 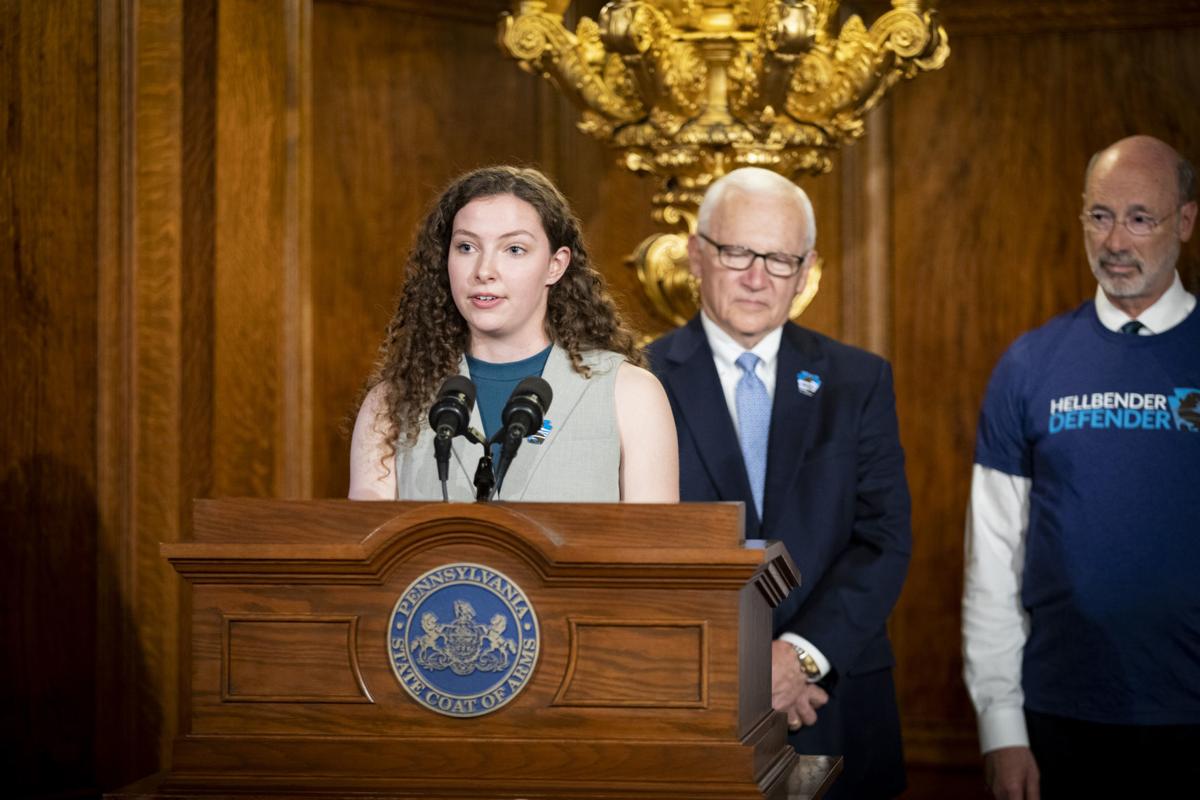 Emma Stone was a member of the teenage team that crafted legislation to designate the hellbender as the state amphibian.

Emma serves on the Chesapeake Bay Foundation Student Leadership Council. In 2016, the group of roughly 20 Pennsylvania high school students took on the task of having the hellbender officially designated as the state amphibian of Pennsylvania. The council achieved its goal April 23 when Gov. Tom Wolf signed the legislation into law.

“I am super proud of student leadership council for accomplishing this,” said Emma, who is council president.

How did they settle on the hellbender?

“The hellbender is really important because it is an indicator species,” said Emma. “It’s presence in water indicates the water is clean and healthy. It can only survive in a pollution-free environment.”

A hellbender breathes through its skin. Water with large amounts of sediment can clog the salamander’s skin, causing it to suffocate. The hellbender has extra folds of skin, called lasagna flats, that provide extra surface area for breathing.

Sedimentation is also an issue for the Chesapeake Bay, which has set goals for contributing states, including Pennsylvania, to reduce soil run-off and nutrients flowing into the bay.

Emma, now a senior at Carlisle High School, got involved in the council as a sophomore. The group meets monthly to work on projects to educate the community and improve the environment.

“I joined because I really just love the environment, being outside and being educated about it,” said Emma. “I think there’s something powerful about being outside and hands-on learning and CBF does a great job of that.”

Getting the state amphibian designation for the hellbender was a lengthy process, said Emma. It began in 2016 when the leadership council first drafted the legislation. The students wrote the bill and met with Senator Gene Yaw, who agreed to sponsor the bill and introduce it into the Senate.

“We drafted what you see now if you search for Senate Bill 9; the language in bill is exactly the same as what we wrote,” said Emma. “It is entirely student-written, which is also a super interesting fact about the legislation. We didn’t have anyone guiding us. We just did it.”

Selecting the hellbender was an easy choice for the council, but the proposal did receive some dissent during the three-year process.

“We were pretty dead set on the hellbender, then the legislation process began,” said Emma. “During the campaign, we found out there was a memo that was circulating through the House to name whirly salamander as the state amphibian. It was kind of a little rivalry going on.”

Several polls clearly indicated the public’s preference for the hellbender, so the bill continued to gain momentum.

“I didn’t think it would take this long,” said Emma. “I’m almost glad it did. It gives me more of an appreciation for the legislative process and just getting things done. It was really interesting to go through the process as a student.”

Emma will attend Mansfield University this fall, majoring in geosciences. She hopes to combine hands-on learning in an outdoor setting to inspire others.

“No matter your age, you can do anything you put your mind to,” said Emma. “I was 15, 16 when this whole thing started and so was the rest of the council. We passed a bill and that is something so many people cannot say. I just want to inspire other students across Pennsylvania, across the nation. You can do whatever you set your mind to.”

Emma is the daughter of Michael and Shelly Stone. He is a 1992 graduate of Wellsboro High School and son of Maxine Mills, a retired pastor living in the county.

The hellbender, or Cryptobranchus alleganiensis, is the largest aquatic salamander in North …