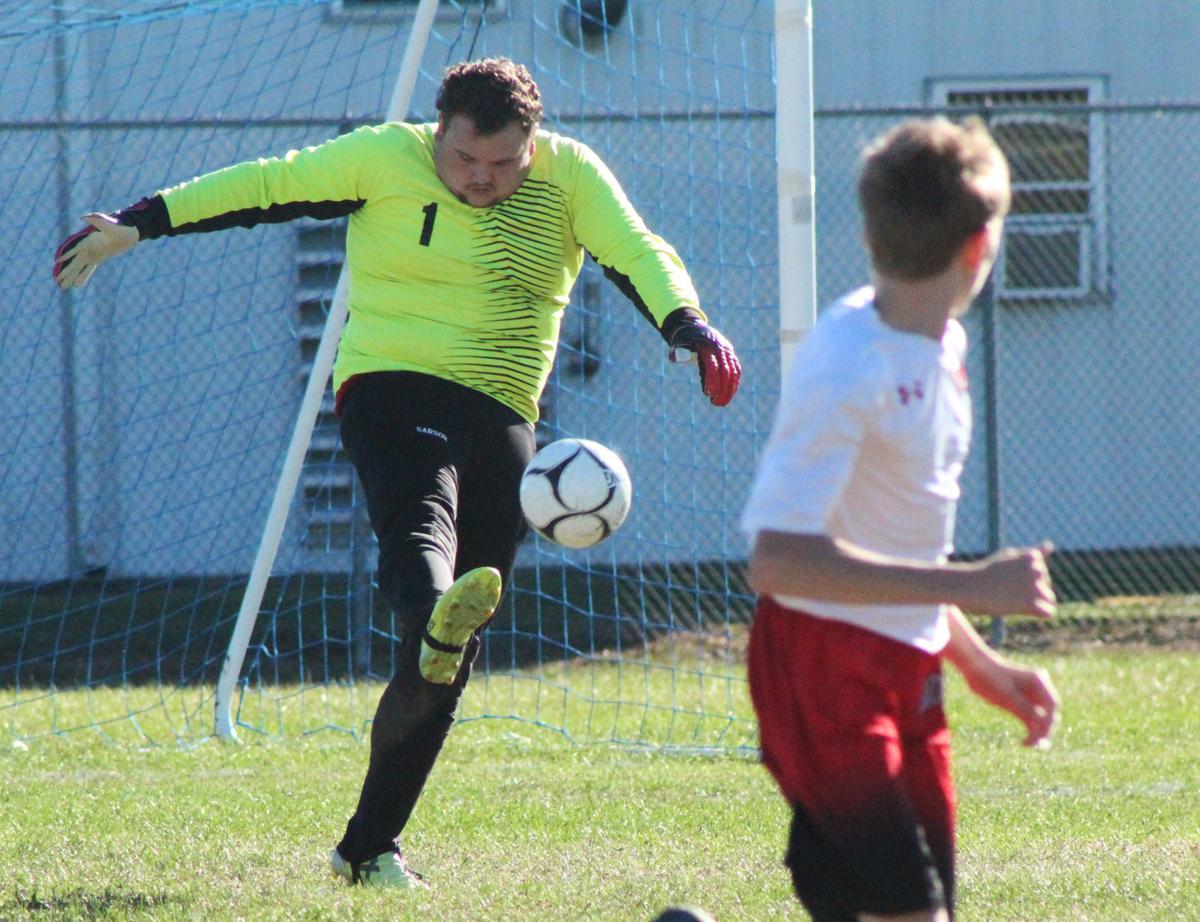 Stettson McGovern kicks the ball from the goal during his shutout performance in a win over Williamson on Tuesday, Oct. 13. 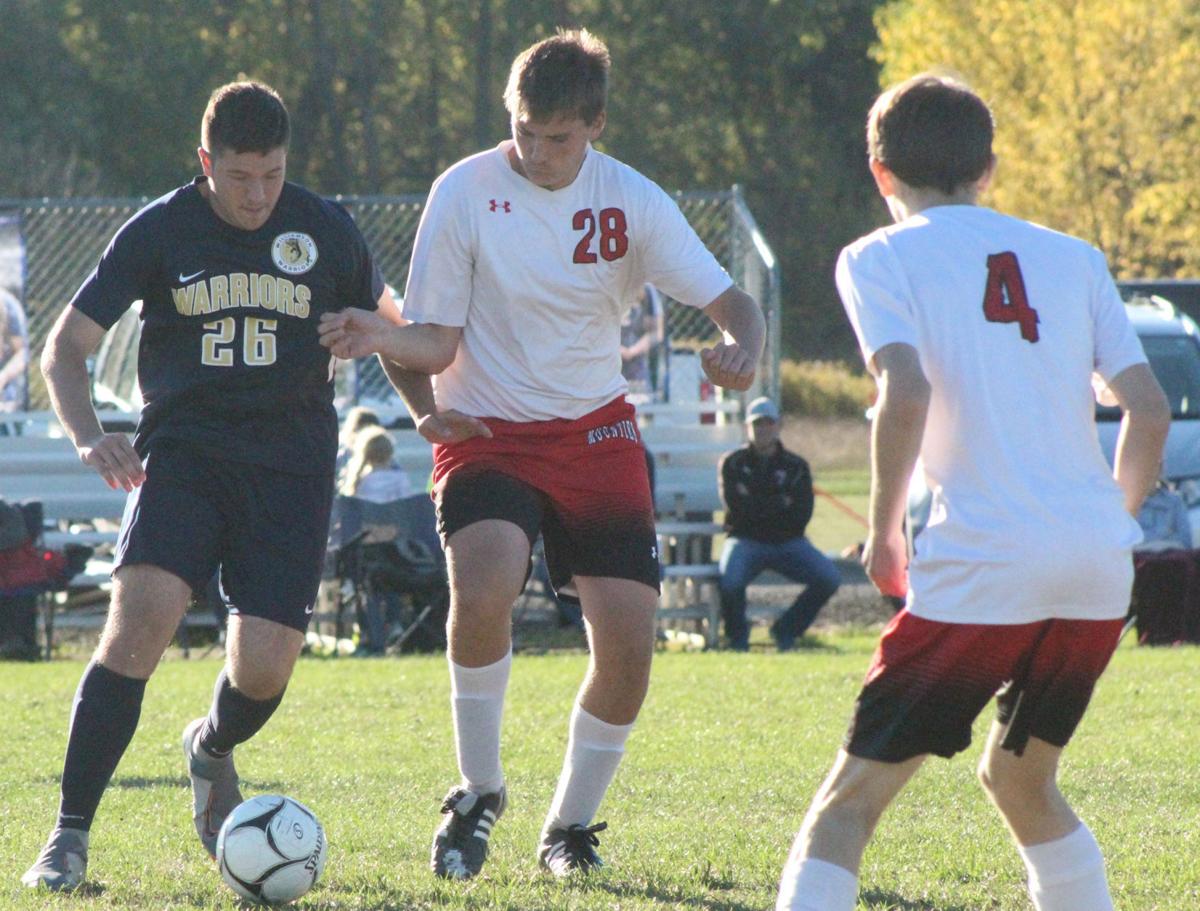 Stettson McGovern kicks the ball from the goal during his shutout performance in a win over Williamson on Tuesday, Oct. 13.

TIOGA — The North Penn-Liberty Mounties soccer team (6-5) were able to snap a four-game losing streak as they scored seven goals in a win over NEB on Wednesday, Oct. 8.

The Mounties have won three of their four game over this past week to move to 6-5 on the season, with their latest win coming over the Williamson Warriors (2-9).

During the contest against Northeast, Caiden Alexander put together his best effort of the season notching four goals and an assist to lead his team.

Sophomore Derek Litzelman also continues to showcase his scoring abillity in the win and put together a hat trick in the 7-4 victory.

After splitting their next two games with a loss to Sayre in overtime and a win over Towanda at home, the Liberty team was able to grind out a win against the Williamson Warriors on Tuesday, Oct. 13 in a 1-0 effort that went down the wire.

In the first half of the contest both teams were stingy defensively, with goalies Joel Hultz of Williamson and Stettson McGovern of Liberty both coming up with big saves that kept the game knotted at 0-0 heading into the second half.

“It was very big for us,” Head Coach Matt Grinnell commented on McGovern’s performance in the goal. “We are trying to make the playoffs for the first time since ‘03 I think, it helped us a lot and we have to turnaround and play these guys again on Thursday.”

In the second half, both teams missed out on opportunities to score, with both goalies playing well it was a slugfest of a game for both offenses.

But midway through the second half, something finally gave.

Alexander stormed down the field with just under 16 minutes remaining and scored the lone-goal of the afternoon putting the Liberty team up 1-0.

“He’s a beast,” Grinnell said. “He’s also working for his 50th goal, he’s getting really, really close. Right now it’s going to come down to the wire, but when he is on, he’s on.”

Alexander has been key to Liberty’s push to the playoffs, and this season alone has accounted for 12 goals, none more timely then the one scored against the Warriors.

Looking forward, the Liberty team now 6-5 has two games left on the schedule, with a rematch against Williamson and a home finale against Sullivan County on Monday, Oct. 19.

Williamson now 2-9 will have to face Liberty one more time before the end of the season with a chance to enact some revenge for a heart breaking loss and possibly dash their playoff chances.

The Liberty team will be looking for their first playoff appearance in over a decade, and coach Grinnell likes his team’s chances after pulling off their latest win.

“As of right now I feel pretty good,” Grinnell said. “Everybody’s fighting for it for us, everyone has their heads up and everyone is in high spirits.”