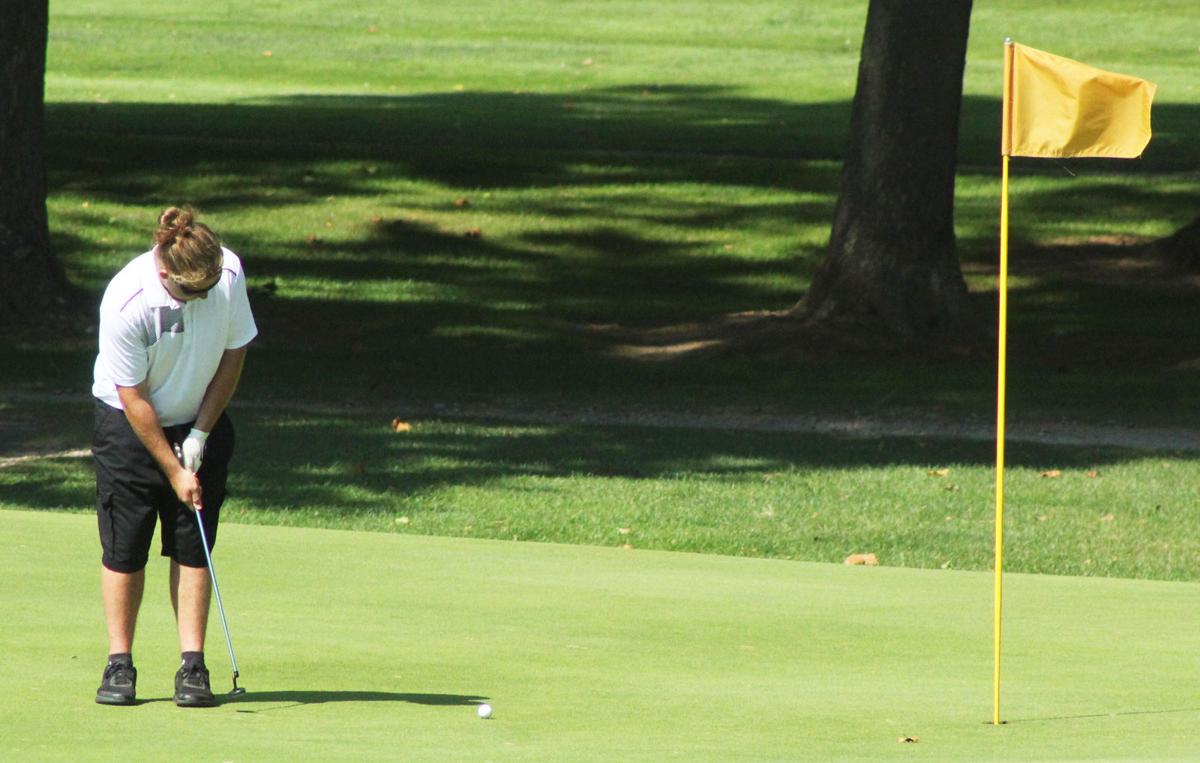 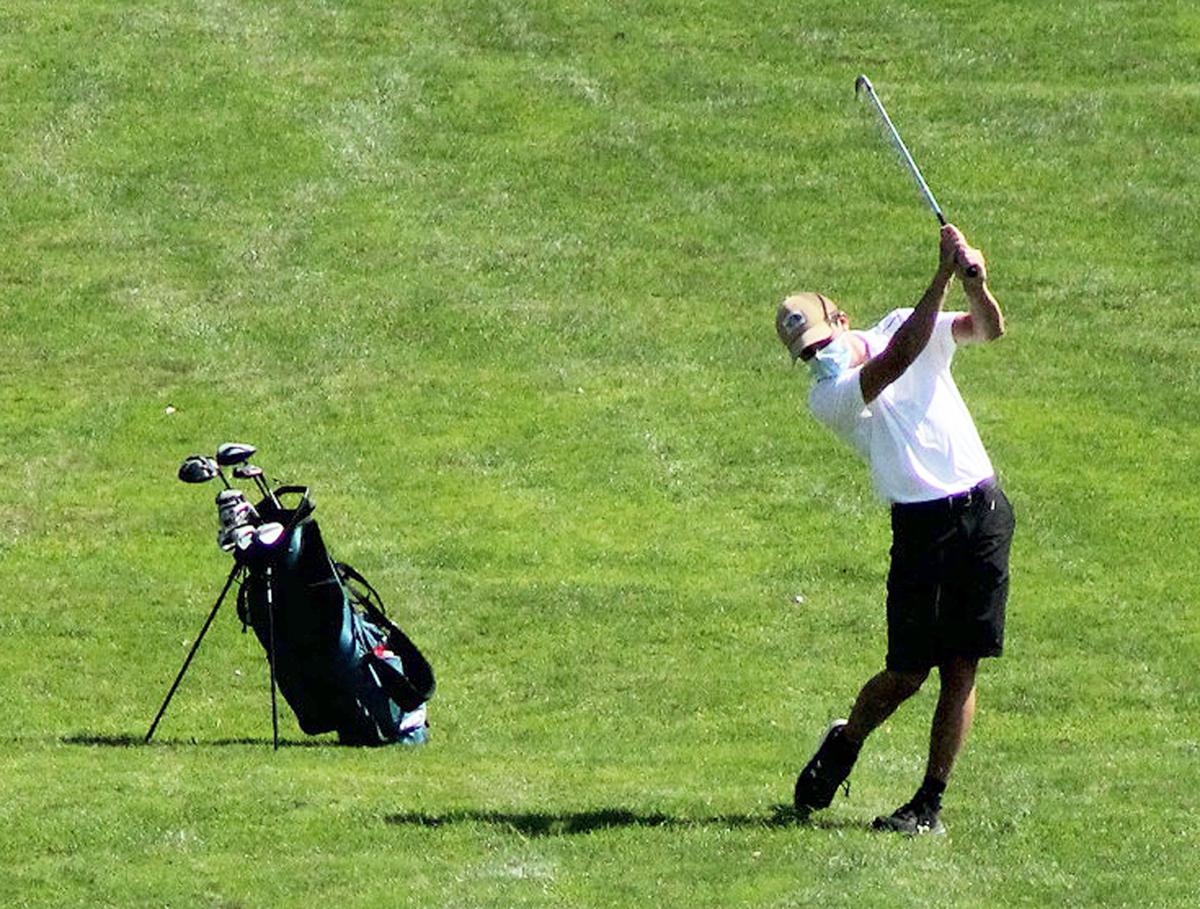 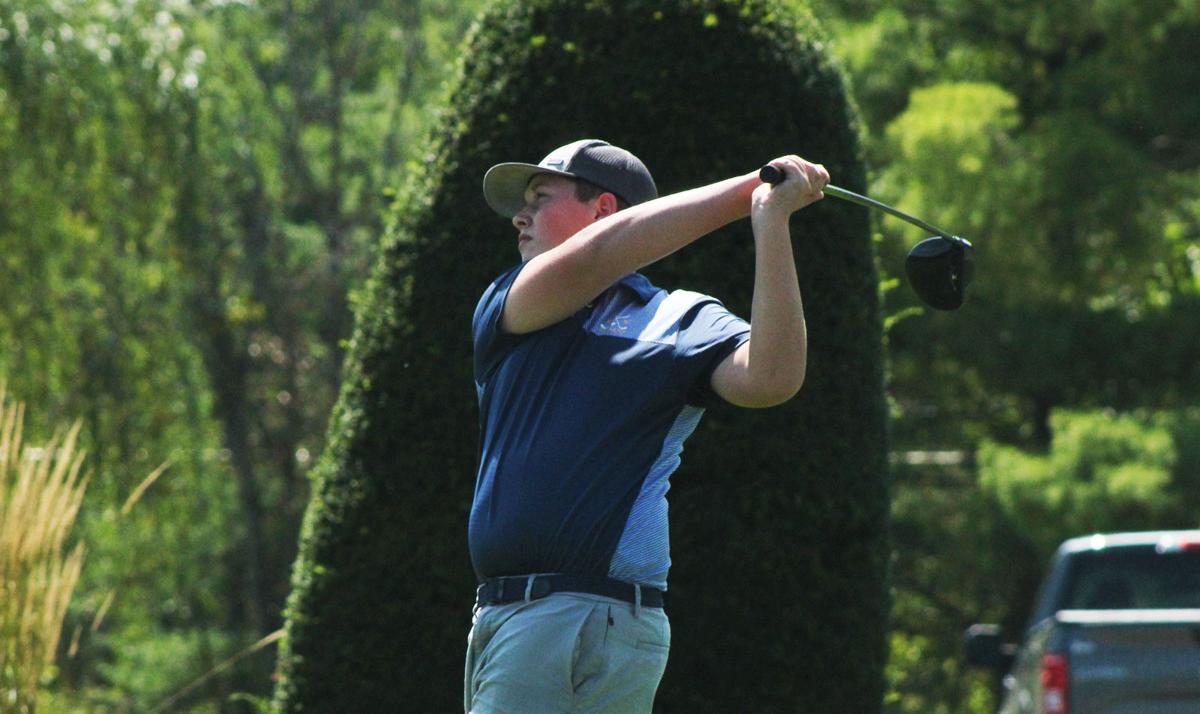 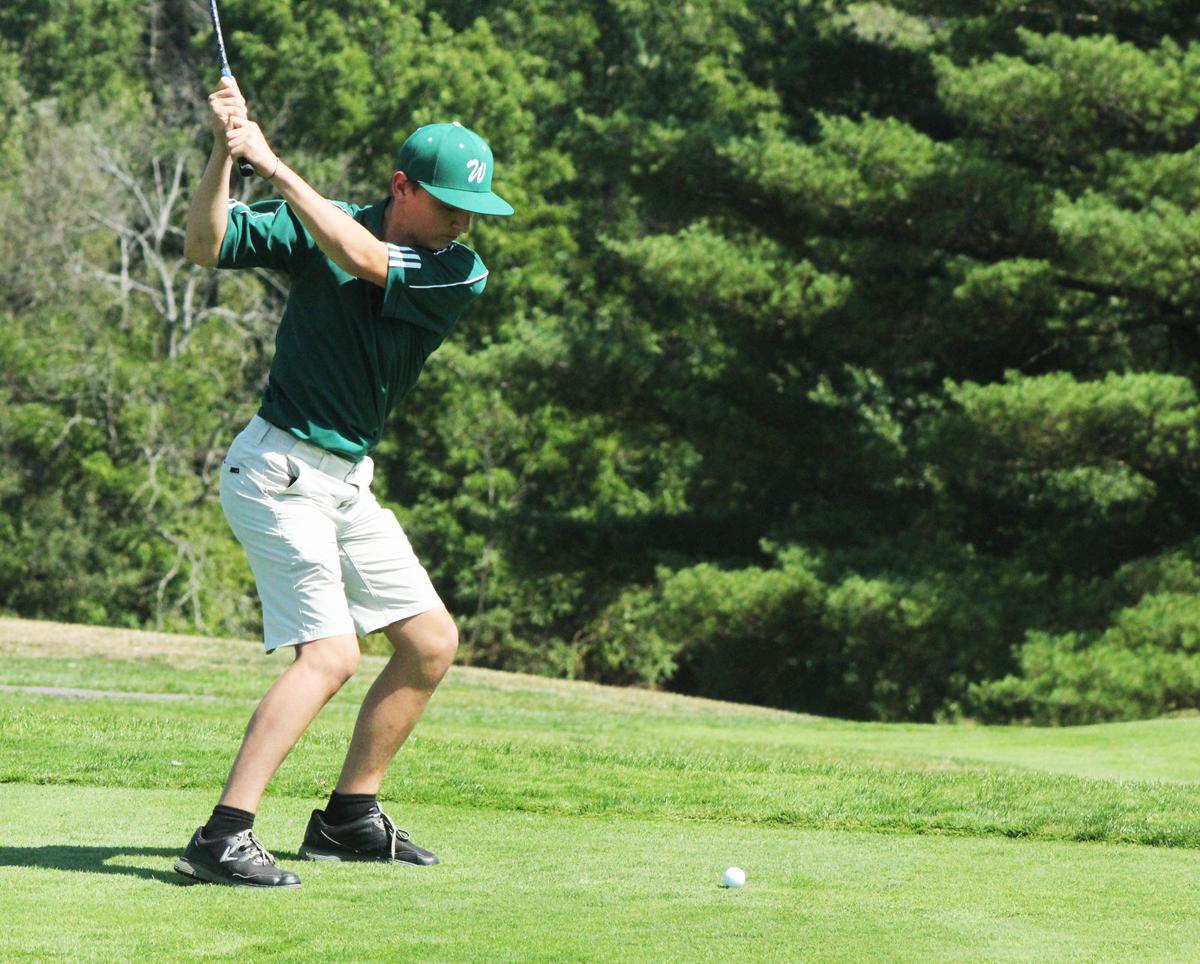 A North Penn-Mansfield golfer takes a putt during their home golf match on Tuesday, Sept. 8.

A North Penn-Mansfield golfer takes a putt during their home golf match on Tuesday, Sept. 8.

MANSFIELD -- The NTL golf season teed off on Thursday, Sept. 4 with all three area teams rounding out the top three spots at the Towanda Country Club, with North Penn-Mansfield taking first, Cowanesque Valley claiming second and the Wellsboro Hornets taking the third spot for a clean sweep for Tioga County teams.

NP-Mansfield dominated the afternoon with a score of 351, winning by 40 strokes, with sophomore Andrew Green, senior Ethan Weiskopff and senior Curtis Craig leading the way with all three shooting under 90 on the day (being the only team with more than two golfers under 90) with scores of 82, 85 and 88 respectively.

For the Cowanesque team who came in second, they were able to continue to play solid golf despite losing the top area golfer in Austin Outman from 2019, and took the second place spot with a score of 391.

Senior Joel Heck led the way for CV with a score of 85 and picked up right where he left off in 2019 as one of the top area golfers.

Skyler Smith also had an impressive round with a score of 91 and freshman Jordan Vargeson also put together a strong performance in his first varsity outing, shooting a 96 on the day and rounding out the top three spots for the reigning District championship Indians.

Wellsboro also looked solid in their first outing of the season, and despite being barely edged out by CV for the second spot, still put together a score of 397.

Senior Brock Hamblin led the way with the best score of any golfer in attendance in Towanda, shooting an 81 on the day and seamlessly replacing Wellsboro star golfer Ty Morral who was the anchor for the Wellsboro team who put together a strong campaign in 2019.

Sophomores Blake Hamblin and Reece Servatius also put together respectable afternoons, scoring 103 and 107 respectively to round out the top three for the Hornets who displayed a very balanced effort in their first action of the year.

In their next action, the North Penn-Mansfield team put together a second straight dominating performance, winning their second meet on their home course of Corey Creek Country Club with a score of 342 on the day.

Mansfield was led by another consistent team performance, where they had three golfers shooting in the 80’s and were once again led by Green who shot an 82 on the day.

White and Weiskopff both shot an 84 and Alex Stein also put together a strong performance with a score of 92 in the win.

Wellsboro took second place with a score of 379 and Cowanesque was unable to snag a top three spot and came in fourth place while shooting 400.

Wellsboro’s Brock Hamblin once again led all golfers on the day with another 81 score, and Blake Hamblin put together his best outing so far this season with a score of 93 to pace the Hornets in a second place finish.

CV was led by Heck who notched another great day on the greens shooting an 84 and Skylar Smith shot an 94 as the pair on seniors paced their team in a fourth place finish.

All three teams will return to the links as they travel to Westfield on Thursday, Sept. 17 for their third golf match of the 2020 season.

Partly cloudy this evening then becoming cloudy with periods of light rain after midnight. Low 59F. Winds S at 10 to 20 mph. Chance of rain 70%.

Partly cloudy this evening then becoming cloudy with periods of light rain after midnight. Low 59F. Winds S at 10 to 20 mph. Chance of rain 70%.