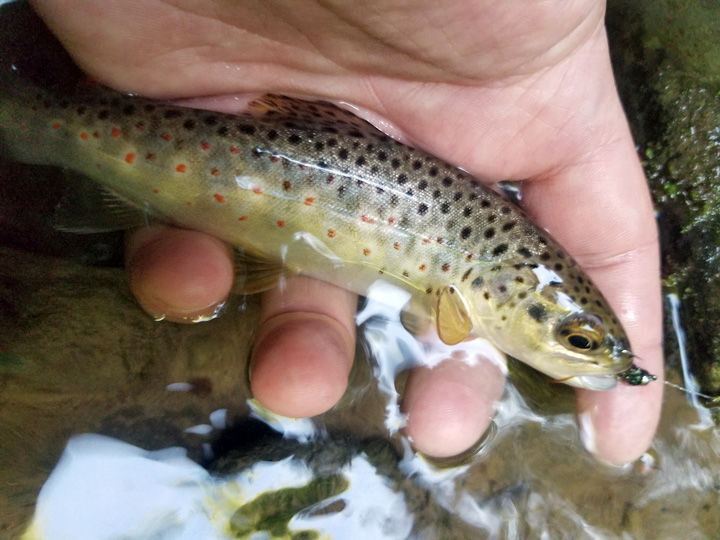 This brown trout was caught in a county waterway. 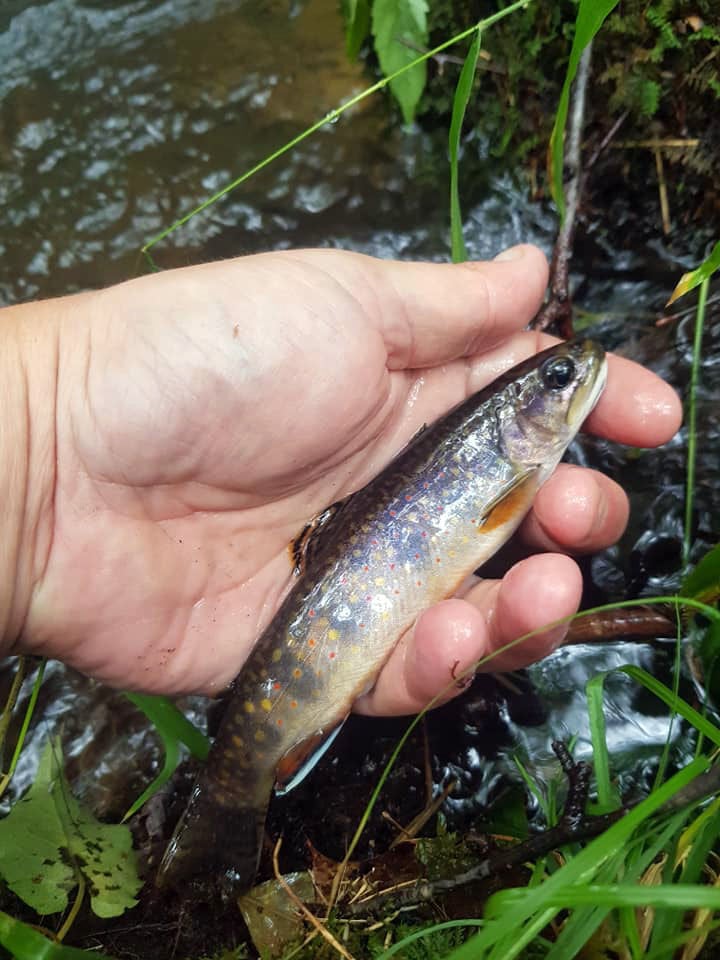 This native brook trout was found in a local waterway.

This brown trout was caught in a county waterway.

This native brook trout was found in a local waterway.

Penn State researchers, who are evaluating the colors, pattern variations and genetics of wild brook and brown trout across Pennsylvania, are asking anglers to help with their study.

They want anglers to submit photos of wild brook and brown trout they catch and include a special gray card in the frame. To participate, anglers can request gray cards by going to https://bit.ly/3ij38nW, and the cards will be mailed to them for inclusion in trout photos.

Anglers simply take a picture of a trout with the gray card in view and submit it via Survey123. Instructions on how to download that app will be included when they receive the gray cards, explained researcher Sara Mueller, doctoral candidate in wildlife and fisheries science.

The Survey 123 app will ask anglers questions about their catches, Mueller noted, adding that researchers promise that fishing locations will remain confidential and never be published as exact points. This research is open to all anglers who complete survey forms and are at least 18 years of age.

“The presence, absence, characteristics and timing of trout color — such as parr marks, halos around spots and breeding colors — can be noted,” she said. “We think that color and pigment patterns are very important in identifying genetic diversity in trout and charr. The pictures, along with their locations, will answer questions about the differences in patterning and color, including intensity, variation and seasonal changes.”

Mueller also will be able to look at the approximate size, and therefore age, of the fish in the pictures with the gray cards included and estimate the timing of breeding condition as pictures are collected throughout the year. She is using computer software to quantify the color and pattern variations in wild brook and brown trout, comparing particular elements of interest shown in photos such as the red and yellow spots along the sides of brook trout or the red and brown spots along the sides of brown trout.

The motivating force behind the project was Eamonn Powers, a junior majoring in wildlife and fisheries science. He approached Mueller wanting to conduct research with brook trout, and this project was the result. He was awarded a grant by the College of Agricultural Sciences to fund his undergraduate research to begin analyzing angler photo submissions. An avid fly-fisherman for trout and other fish, he is focused on protecting wild brook trout and the headwater streams in which they still survive.

Mueller has been involved in wild brook trout research for a decade. As an undergraduate student at Penn State, she was hired in the summer of 2011 as a fisheries technician by Jay Stauffer Jr., distinguished professor of ichthyology, whose research lab was a partner in the Pennsylvania Fish and Boat Commission’s unassessed waters initiative, identifying streams inhabited by wild brook trout.

“If I had known in 2011 that I would be the poor, unsuspecting Ph.D. student analyzing fin clips 10 years later, I would have taken much better field notes,” she said with a wry smile. “But honestly, this has been a labor of love.”

With a warming climate, it’s important to learn everything possible about the Eastern brook trout genome because the fish is threatened and mostly confined to small, mountain streams, Mueller pointed out. “I’m still in the early stages of the DNA analysis, looking at their DNA in such a way that I can pick out local adaptations, resulting from functional genes within isolated populations.”

Anglers participating in the study may want to take a step away from the stream bank to snap their photos, Mueller cautioned.

“While we want wild trout quickly photographed and released, I’ve already received emails in which people commented that they dropped their phone in the stream,” she said. “We really appreciate anglers contributing to our study — we don’t want it to be costly for them.”

To learn more about Mueller’s wild trout genetics research and the trout color study, watch this YouTube video — https://youtu.be/9ZUGDIUh1Ak — and go to https://sites.psu.edu/troutstudy/.