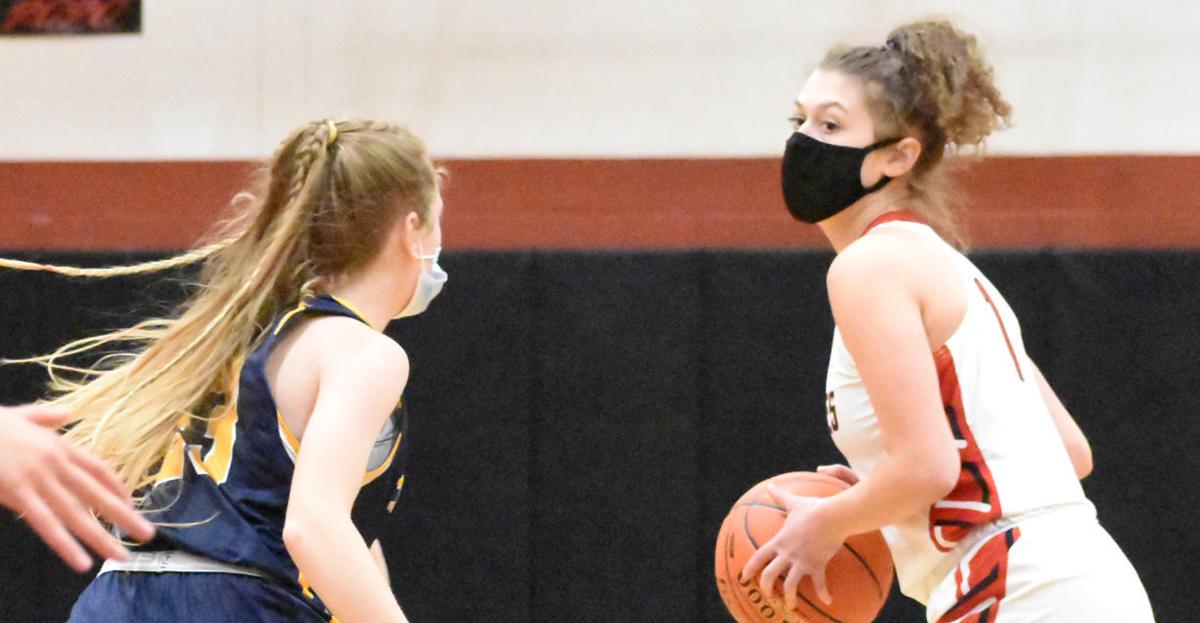 Senior Lydia Paulhamus looks to pass the ball during the Liberty girls win over CV on Thursday, Feb. 11. 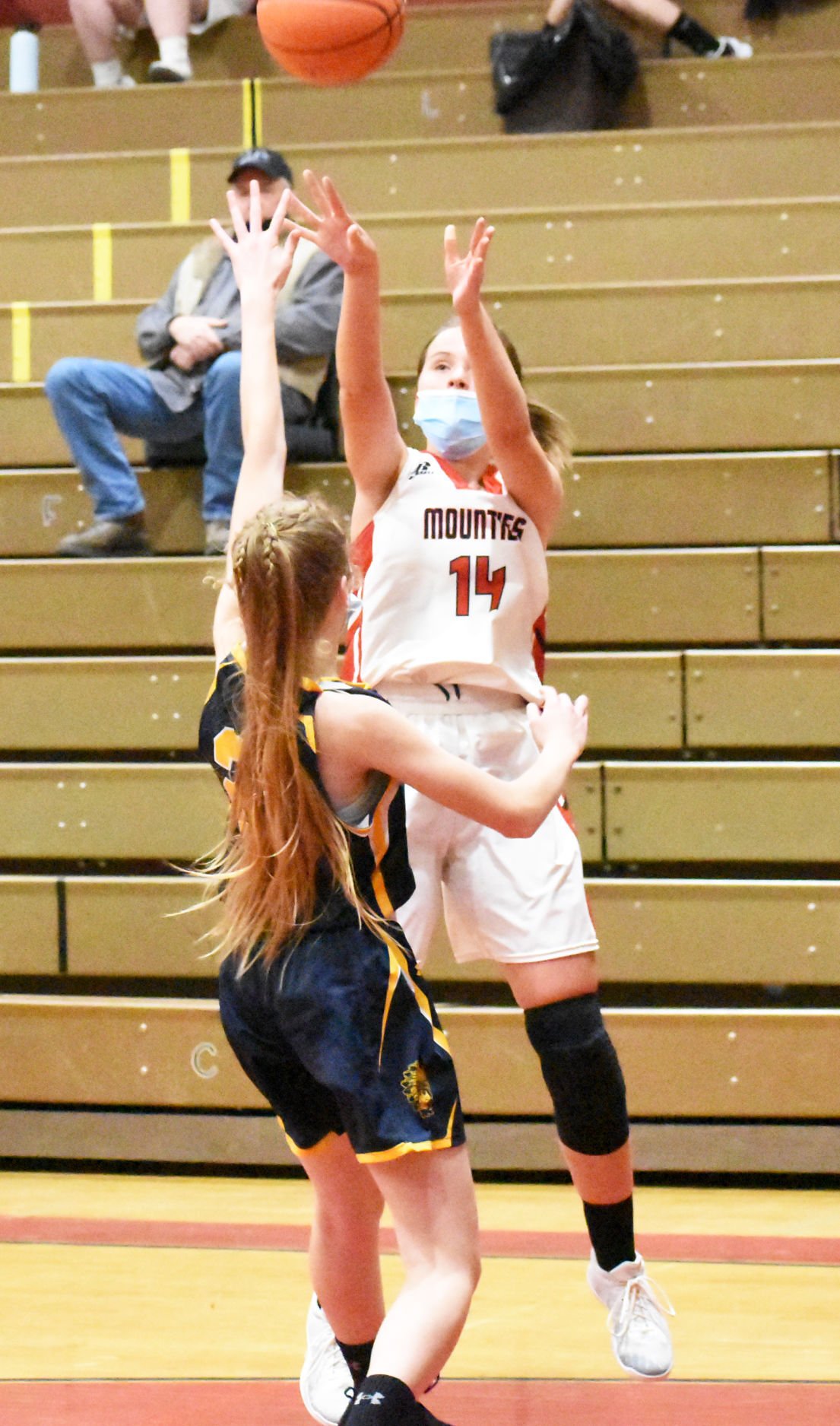 Senior Ryann Upham takes a jump-shot during the Liberty girls win over CV on Thursday, Feb. 11.

Senior Lydia Paulhamus looks to pass the ball during the Liberty girls win over CV on Thursday, Feb. 11.

Senior Ryann Upham takes a jump-shot during the Liberty girls win over CV on Thursday, Feb. 11.

LIBERTY — A big fourth quarter propelled the North Penn-Liberty Lady Mounties basketball team to their fourth win as they beat the Cowanesque Valley Lady Indians (1-11) 41-23 on Thursday, Feb. 11 on their senior night.

“Hopefully this pushes us in a positive direction,” NP-Liberty Head Coach Gregory Tracy said. ”You can never tell what will happen, but I hope this impacts us in the right way when we play Montgomery tomorrow night.”

The Liberty girls got out to an 11-5 advantage in the first quarter behind a balanced attack that saw four players get on the scoreboard.

The Lady Indians had an improved effort in the second, but it wasn’t enough to stop Liberty from extending their lead heading into the half with a 21-14 lead.

The Liberty girls took over the game on the back of some strong defense led by Eva Rice and Kiersten Mitstifer who were all over the court forcing turnovers as they only allowed the CV girls to nine points and three made field goals in the entirety of the second half.

The Lady Mounties ended the game on a 12-1 run that sealed the deal as they picked up the win by 18 points to move to 4-5 on the season and up to second place in the Northern Tier League Small School Division.

“We don’t really say anything different,” Tracy said of his team having yet another fourth quarter surge to seal a game. “They just play defense, I thought we played 30 minutes of great defense and we picked up a lot on defense in the beginning of the third quarter and the start of the fourth.”

Liberty was led by Mitstifer who scored a game-high 15 points and had a near triple-double as she recorded a team-high 13 rebounds to go along with seven steals on the night.

Also adding eight points was Elizabeth Ritchie who scored eight points and also brought down 12 rebounds in the win.

Senior Lydia Paulhamus scored two points with three rebounds, two assists and a steal while other senior Bridgette Russet added four rebounds and a steal as the Liberty girls celebrated their senior night.

“This is my second year coaching so I’ve had Kiersten, Eva, Bridgette and Ryann and Lydia just came out this year,” Tracy said. “But they are all the leaders of the team. Three of them are our co-captains, Eva, Kiersten and Ryann.”

The CV girls, who have now lost 10-straight, were led by Abby Ackley who scored seven points, and Rennee Abott and Logan Hamilton who both netted six.

Liberty’s next contest was on Friday, Feb. 12 where they fell to the Montgomery girls by a score of 42-36.

Liberty was led by Rice who scored 10 points and Mitstifer and Landis who net eight points each in the effort.

After a cancellation, Liberty’s next contest will be a home game against the Wellsboro Lady Hornets on Thursday, Feb. 18.