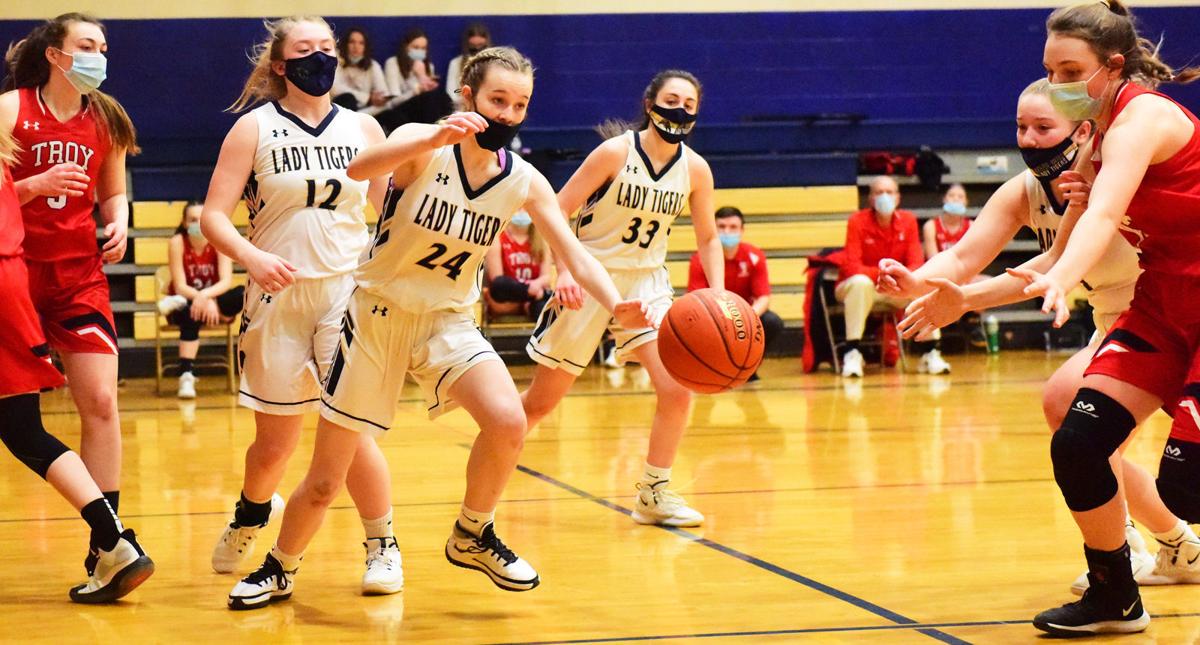 Payton Chapel tracks down the basketball during the Lady Tigers’ loss to Troy on Friday, Feb. 26. 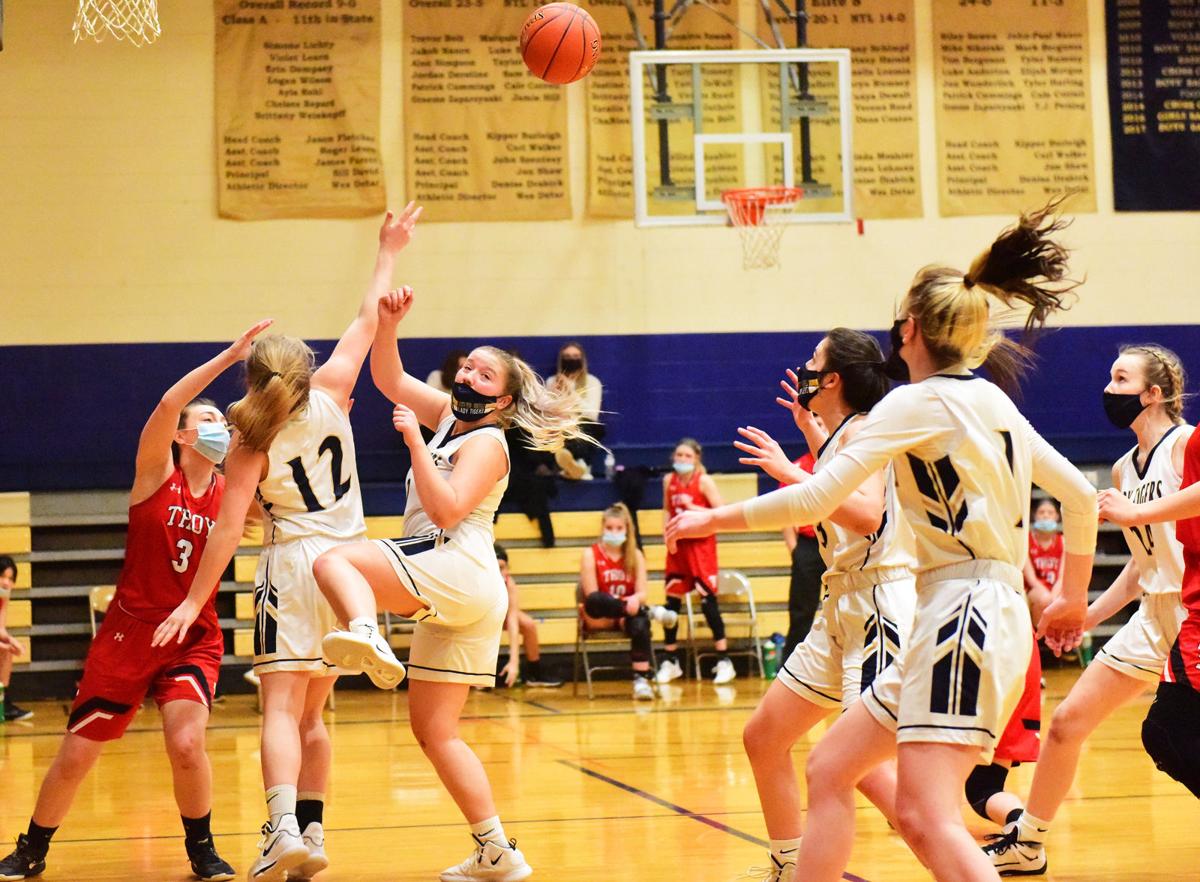 Senior Elizabeth Kahl darts a pass over her shoulder during the Lady Tigers’ loss to Troy on Friday, Feb. 26.

Payton Chapel tracks down the basketball during the Lady Tigers’ loss to Troy on Friday, Feb. 26.

Senior Elizabeth Kahl darts a pass over her shoulder during the Lady Tigers’ loss to Troy on Friday, Feb. 26.

Against Troy, the Mansfield girls played from behind for a majority of the night but were unable to claw their way back in late as the Troy girls held on for a 33-25 win.

In their final contest of the 2021 season against the Towanda team, they were unable to pull off an upset against the top Northern Tier League team as they lost big by a score of 59-28.

The Lady Tigers hung close in the first quarter, but soon after the Towanda girls started to roll.

With the score just 8-7 heading into the second frame, and the Lady Black Knights holding a one-point advantage, they proceeded to score at least 15 points in each remaining quarter of play to capture a 59-28 win to ending the regular season for the Lady Tigers.

The Mansfield girls struggled on offense, and despite an 11-point fourth-quarter were unable to make up any ground against one of the best teams in the area.

Mansfield was led by junior Shaniya Sparrow who scored a team-high nine points on 57% shooting on the night.

Towanda was led by a stellar outing from Porschia Bennet who poured in a game-high 26 points while teammate Paige Manchester scored 10 points in the win for Towanda.

The Mansfield girls’ season came to a close on a tough six-game losing streak that dropped them from 4-6 to 4-10 to take them out of contention for a playoff spot.

With four seniors set to graduate from Mansfield, they will look to lean on their younger players in the 2022 season to bounce back from a tough year.