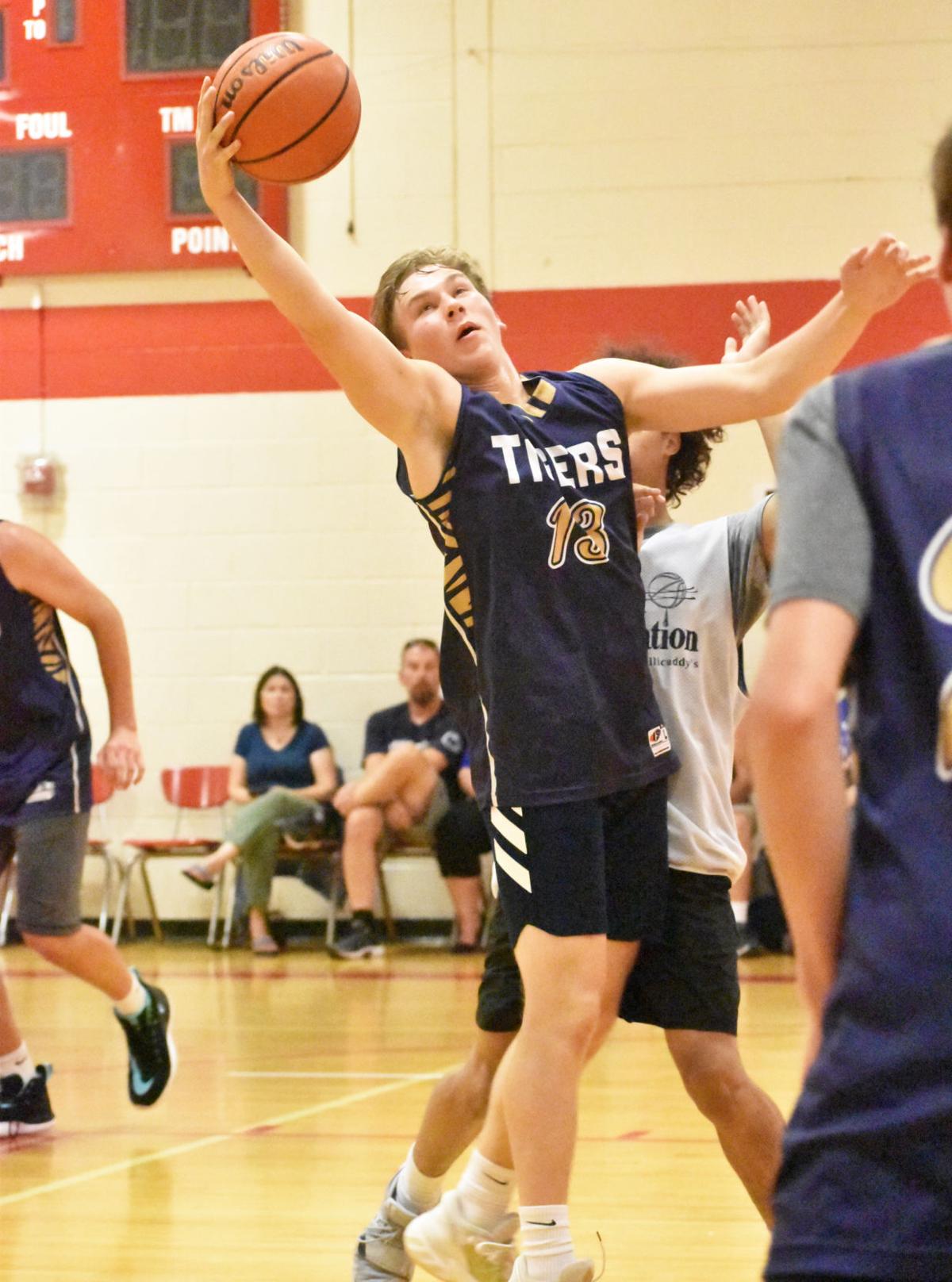 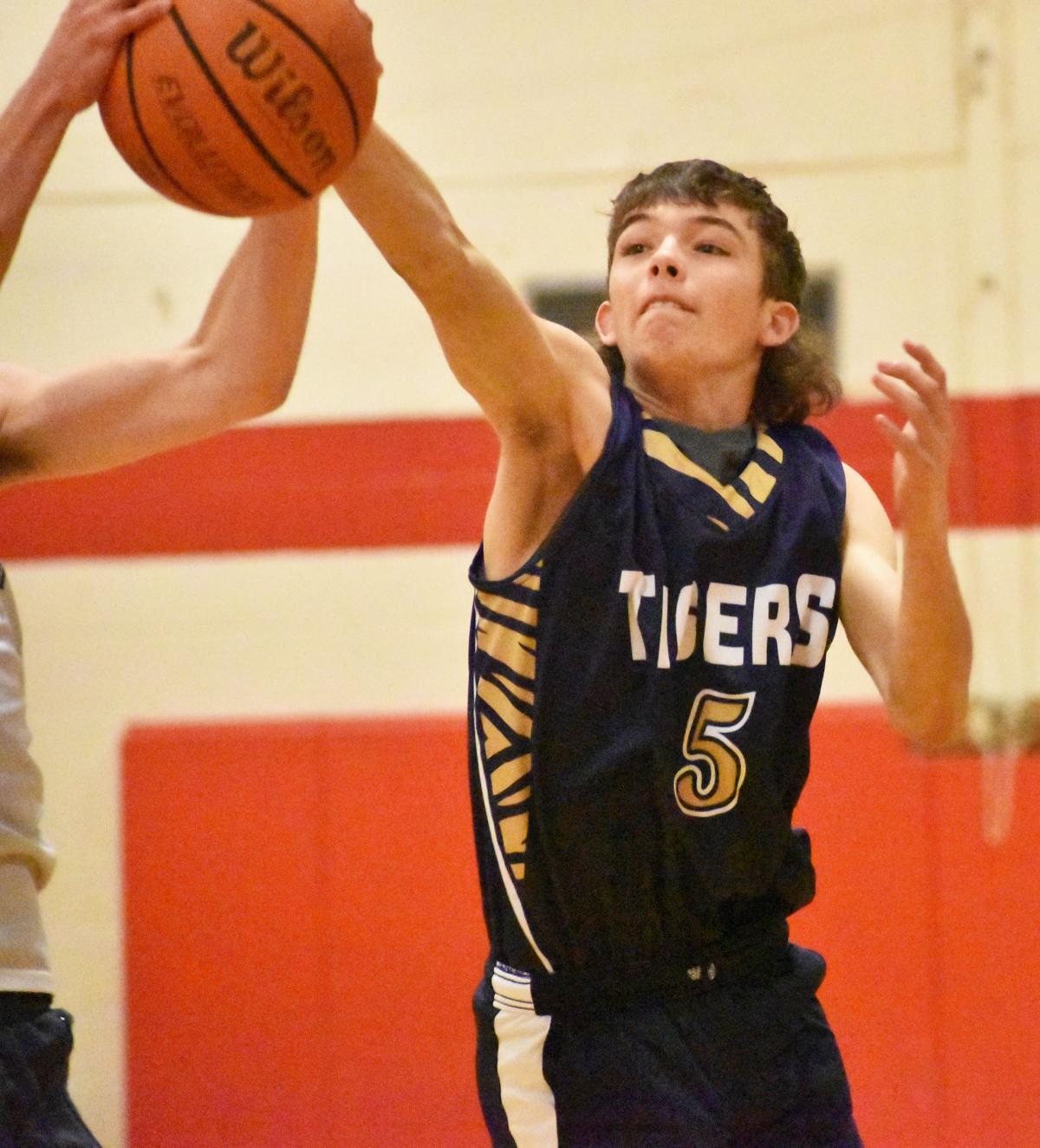 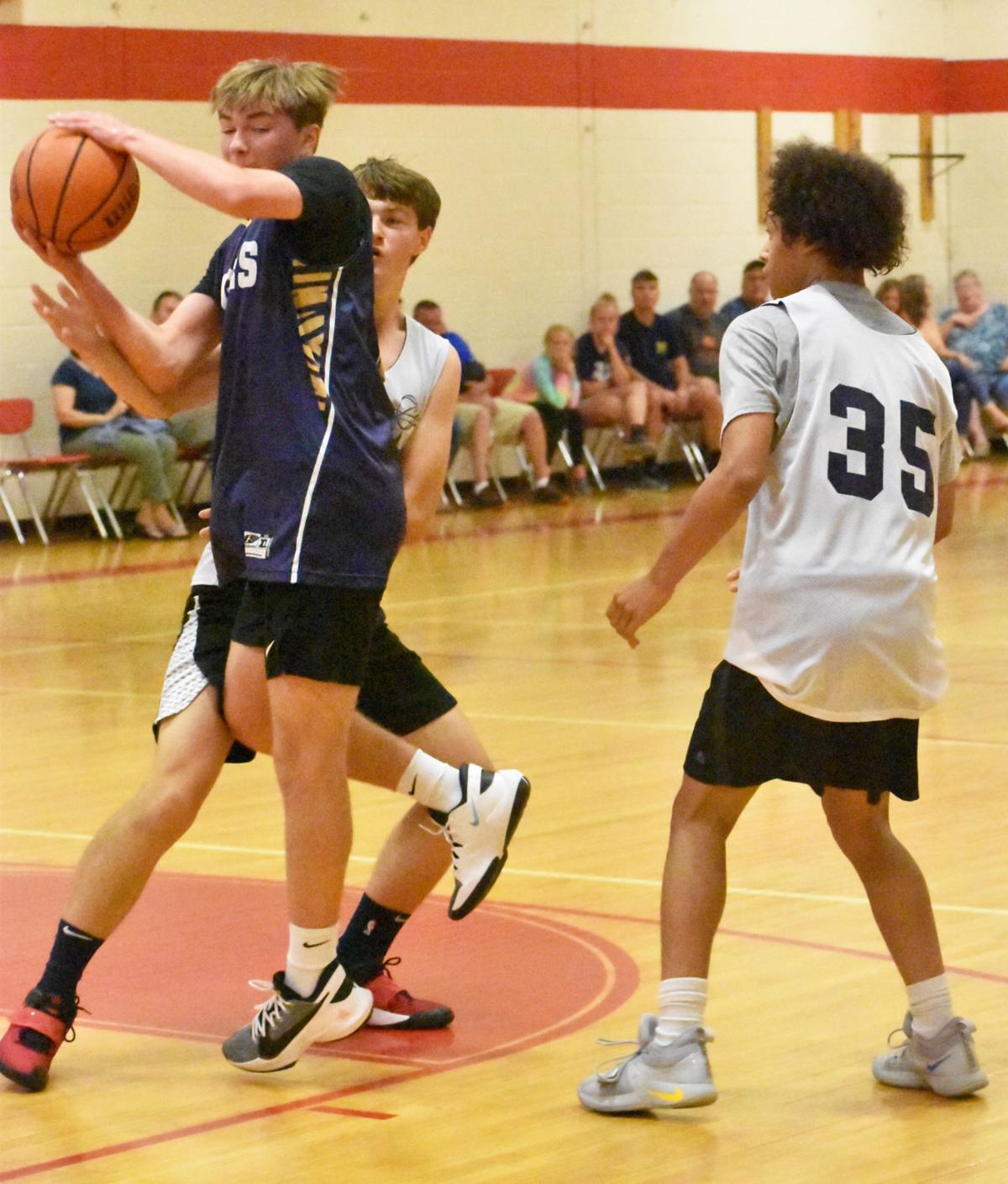 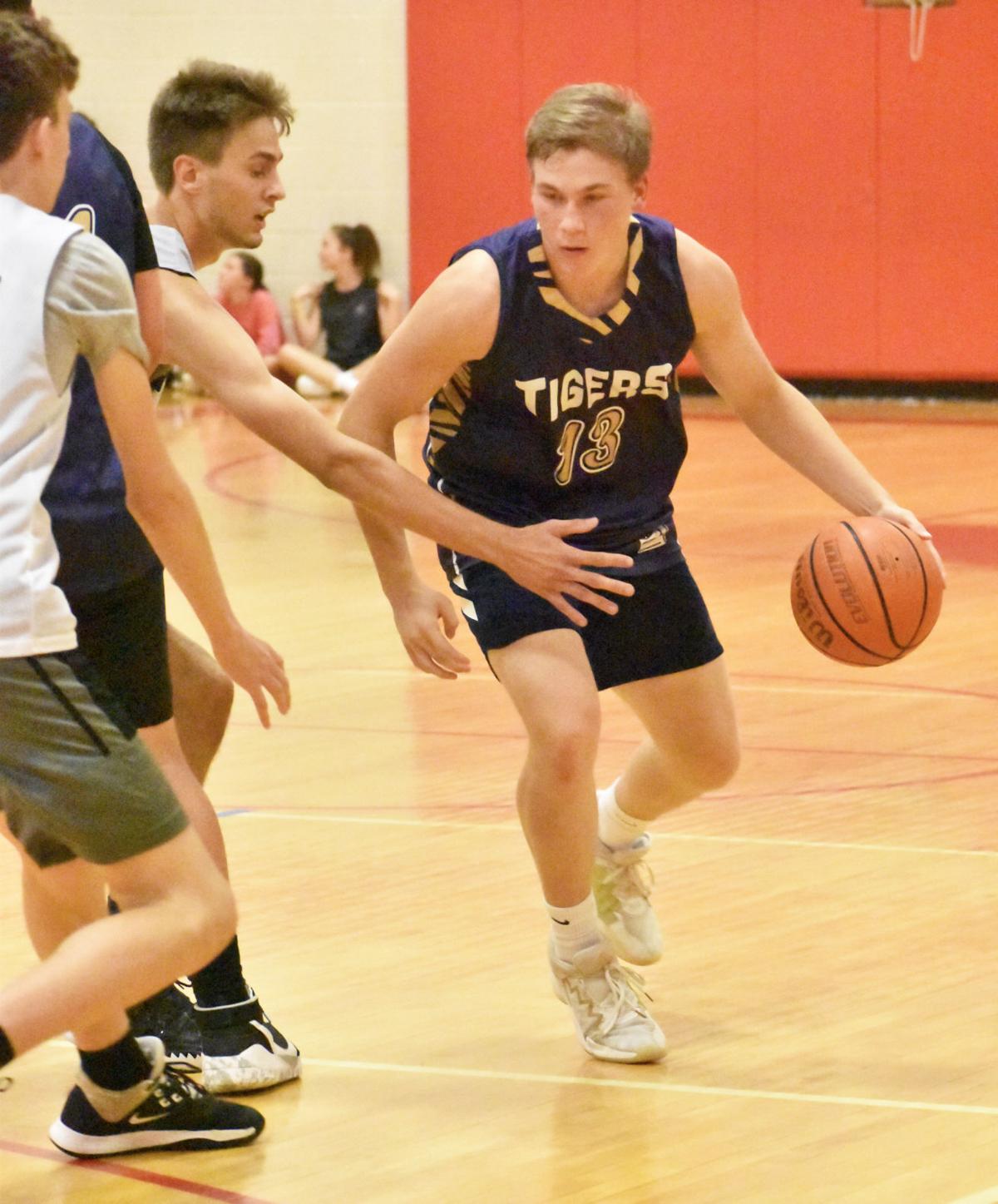 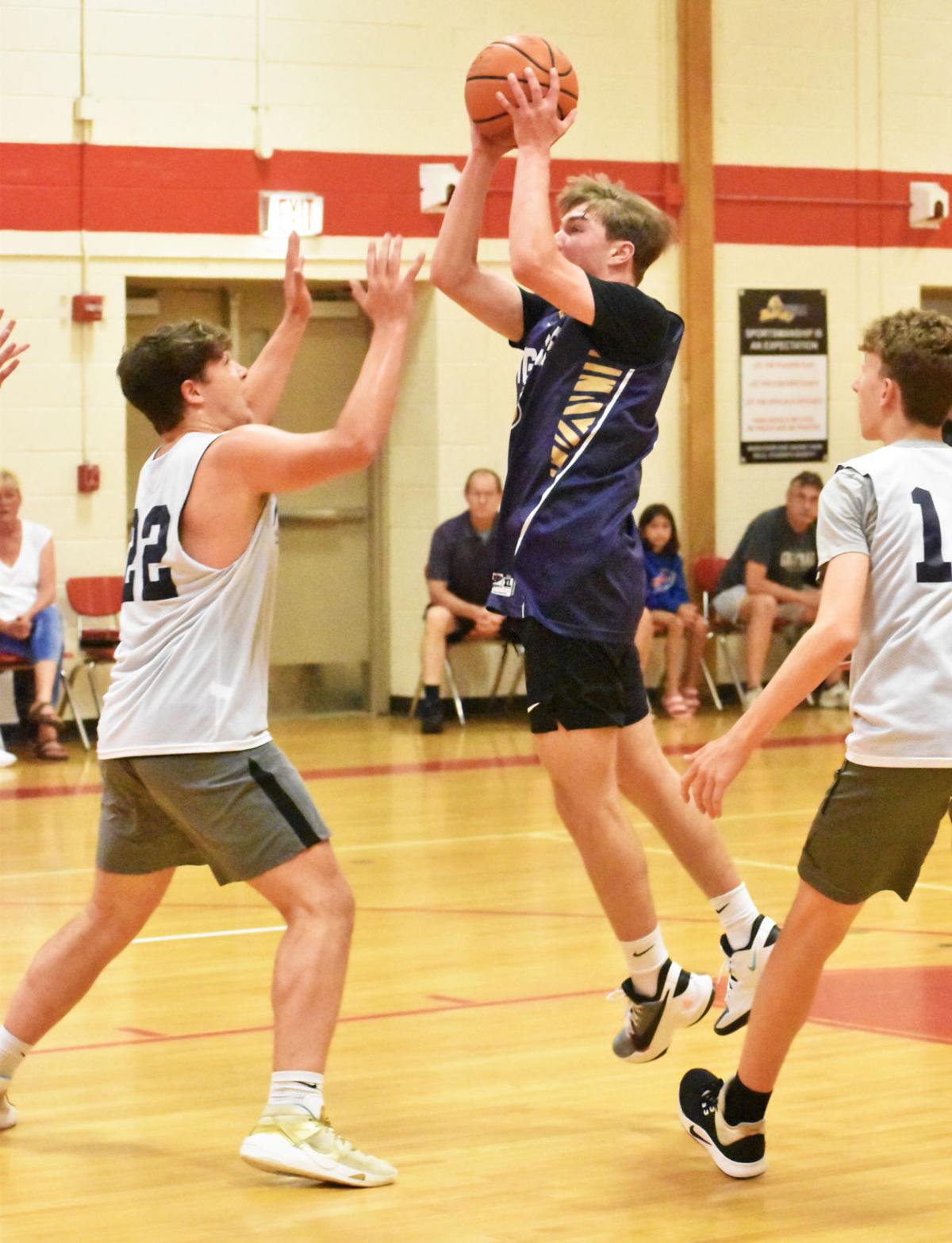 NP-Mansfield’s Eli Shaw pulls down a rebound during their loss to Watkins Glen on Wednesday, July 21. 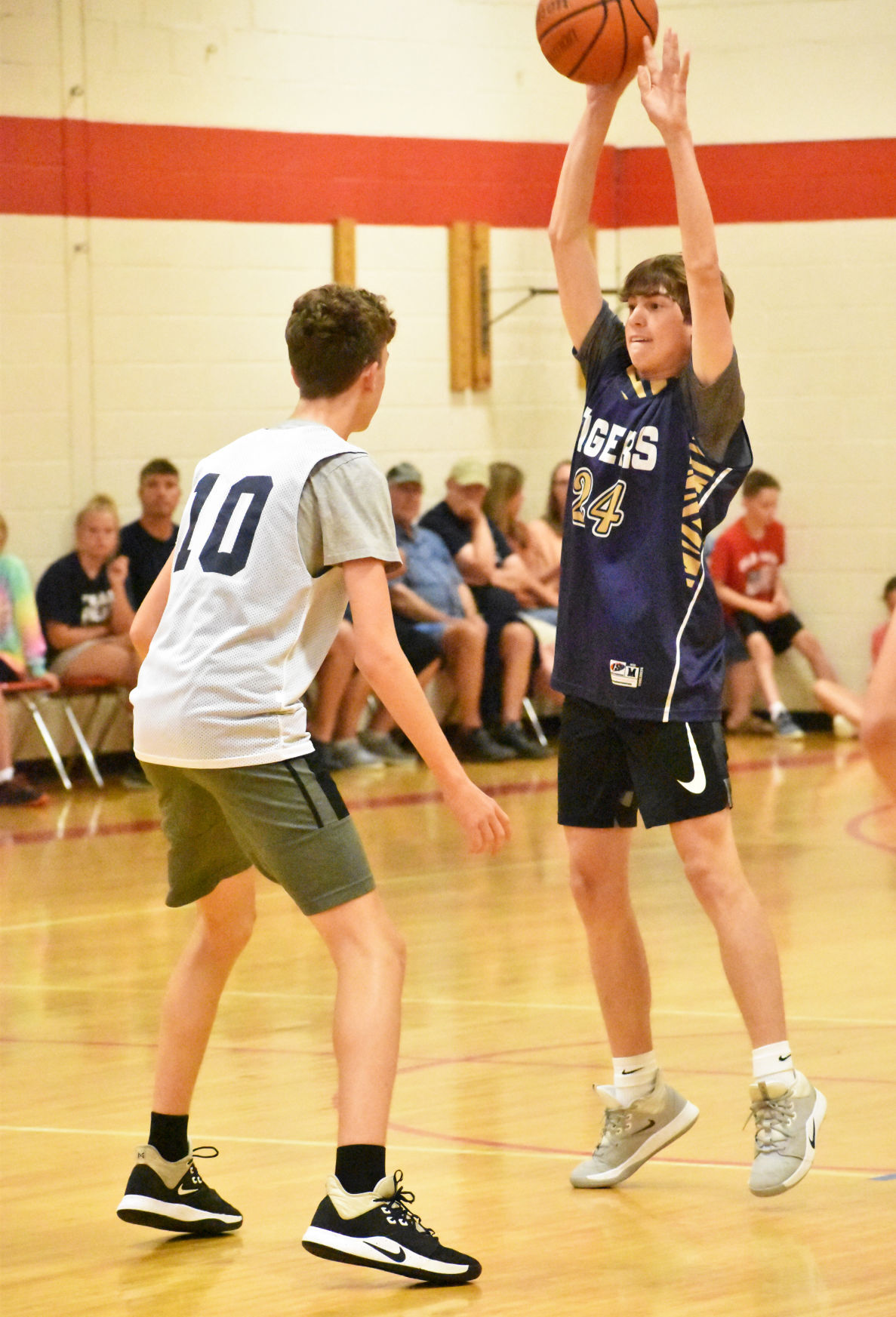 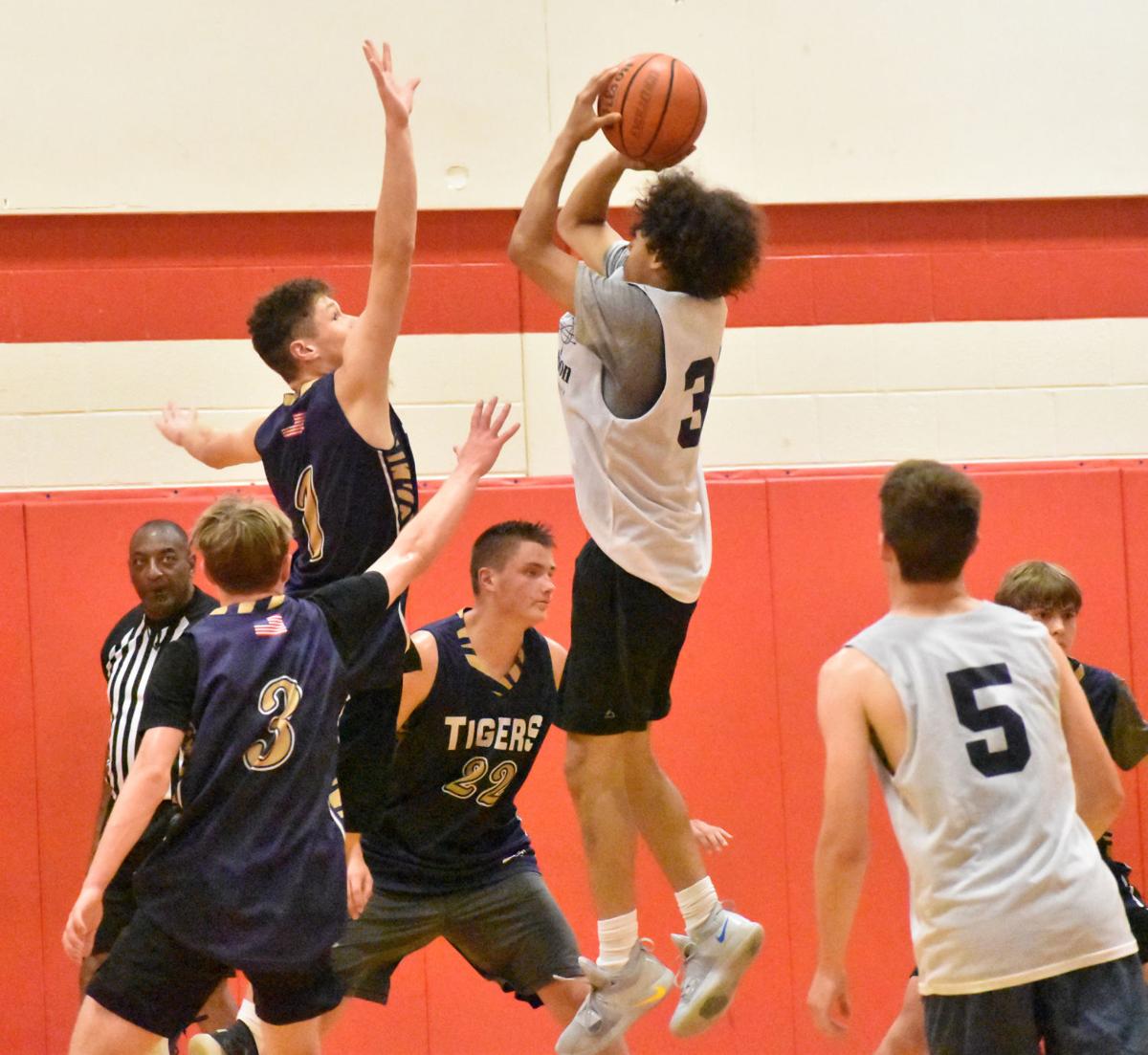 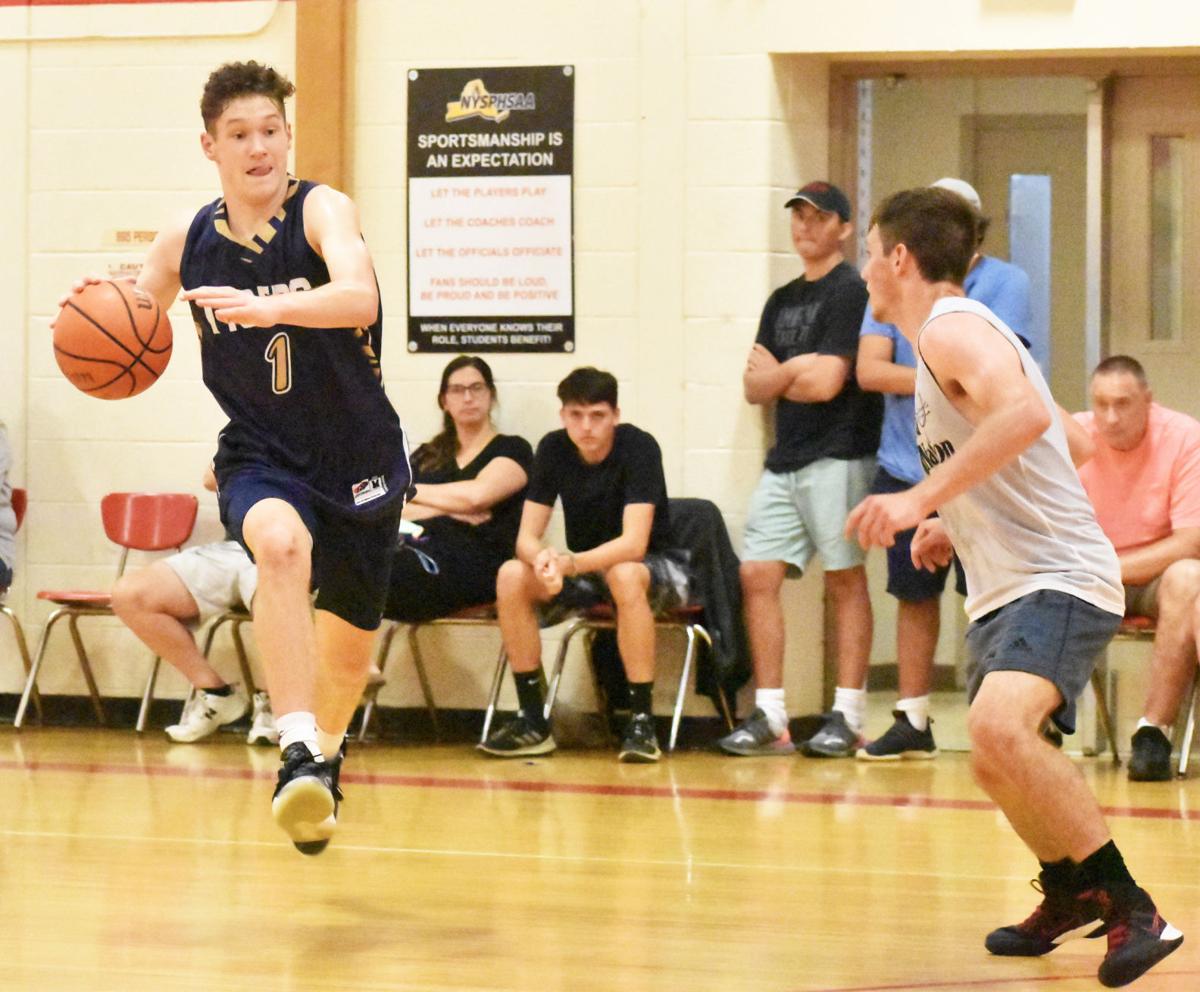 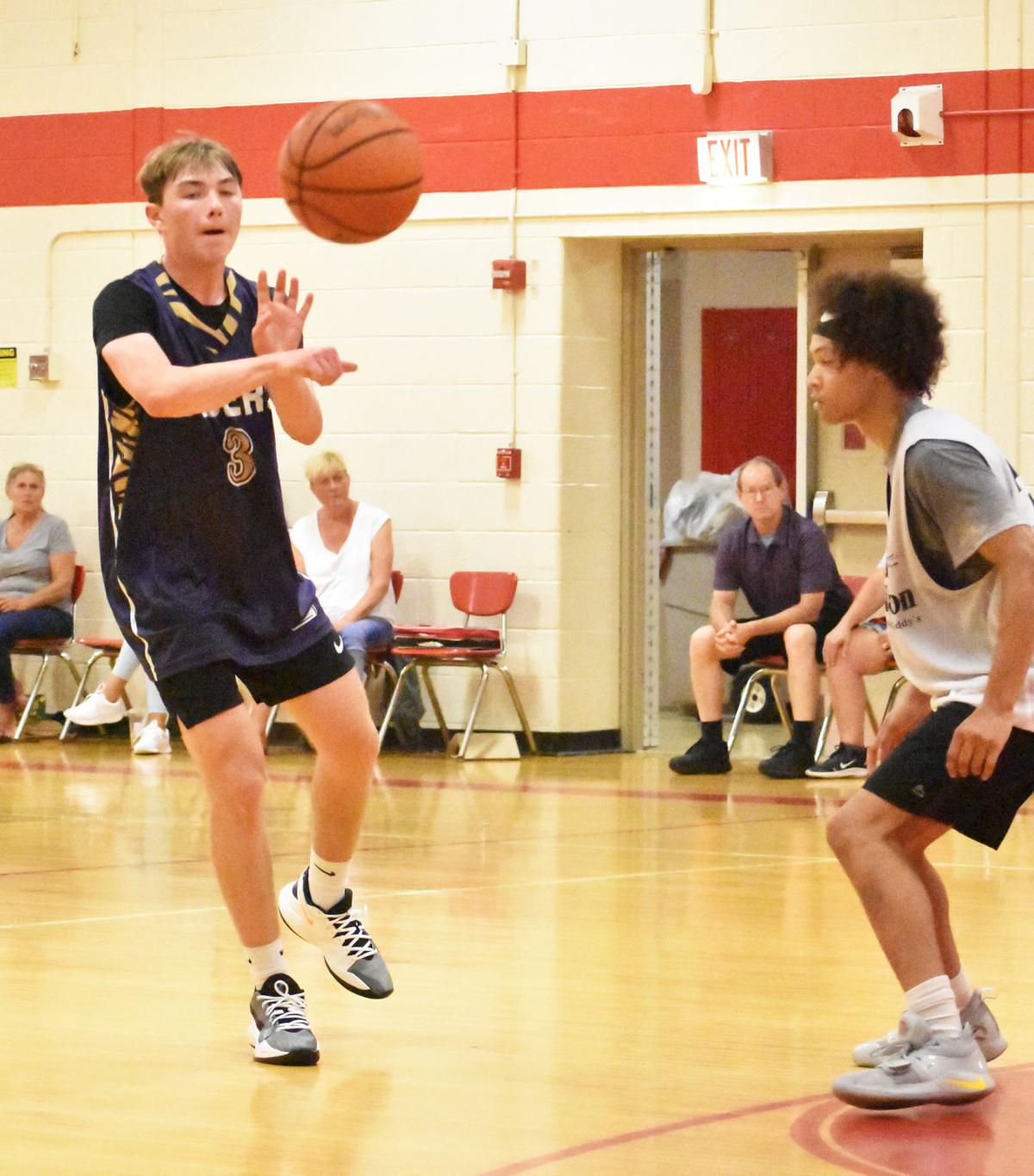 Mansfield’s Sammy Lawrence throws a pass to a teammate during their loss to Watkins Glen on Wednesday, July 21. 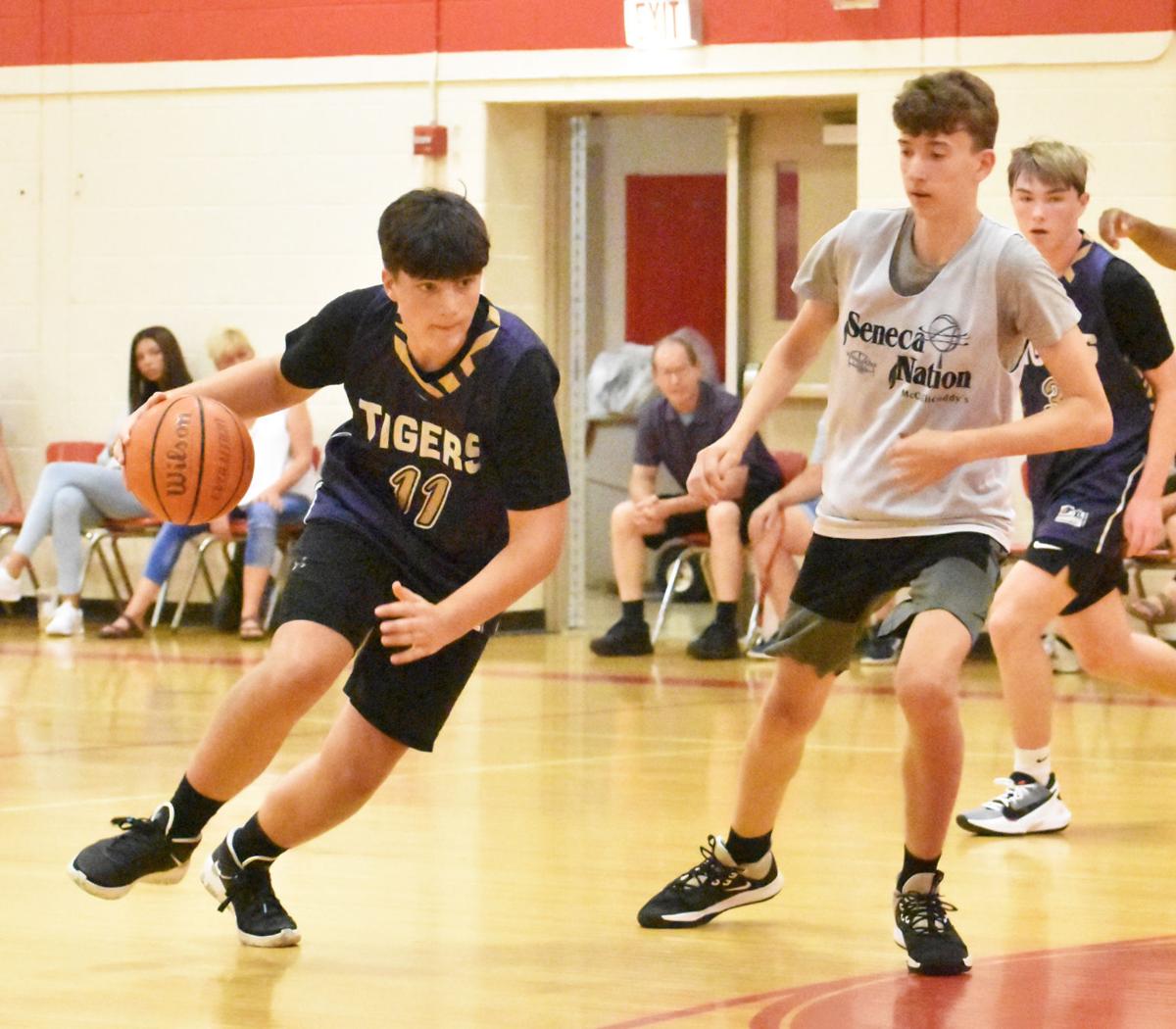 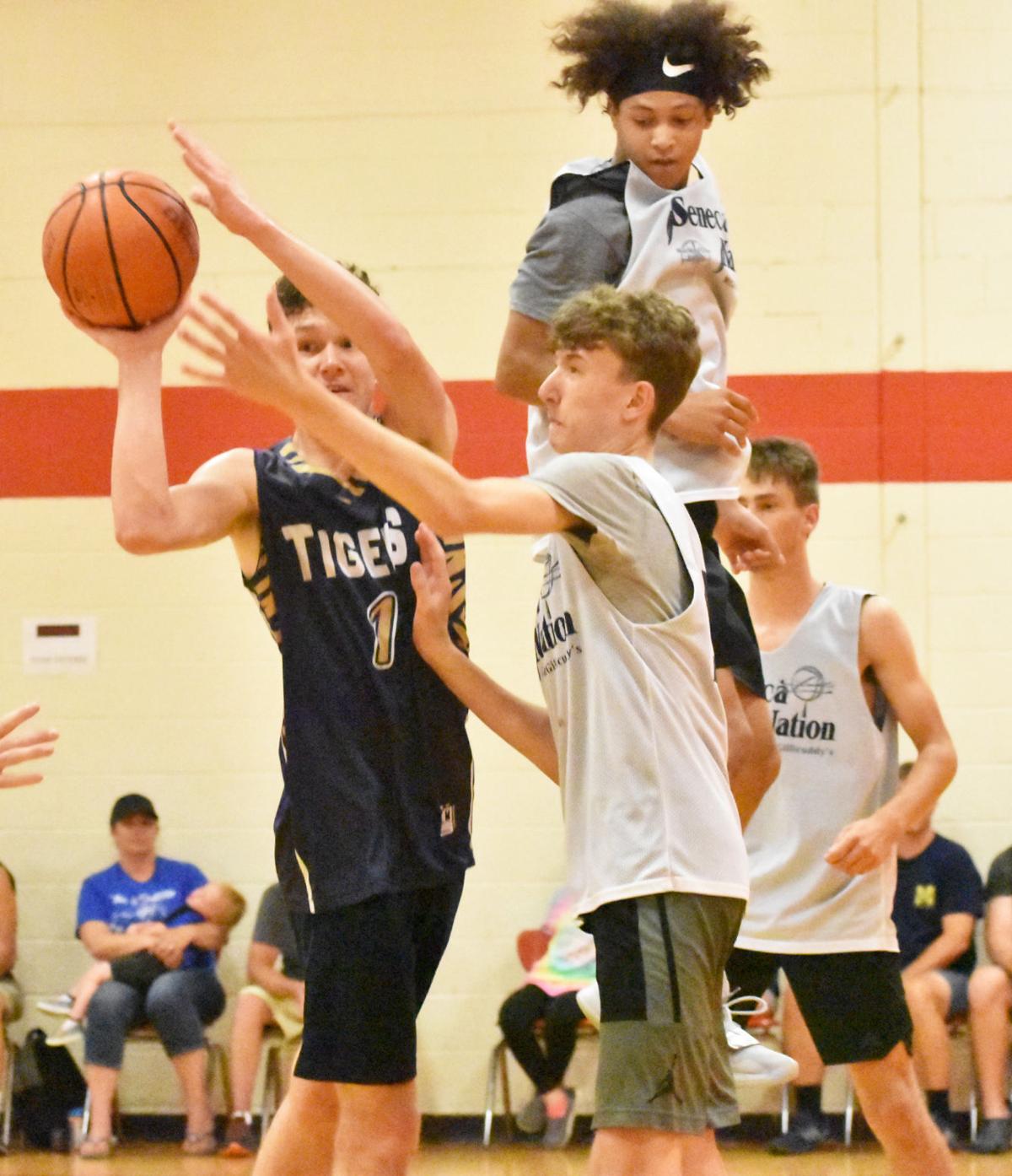 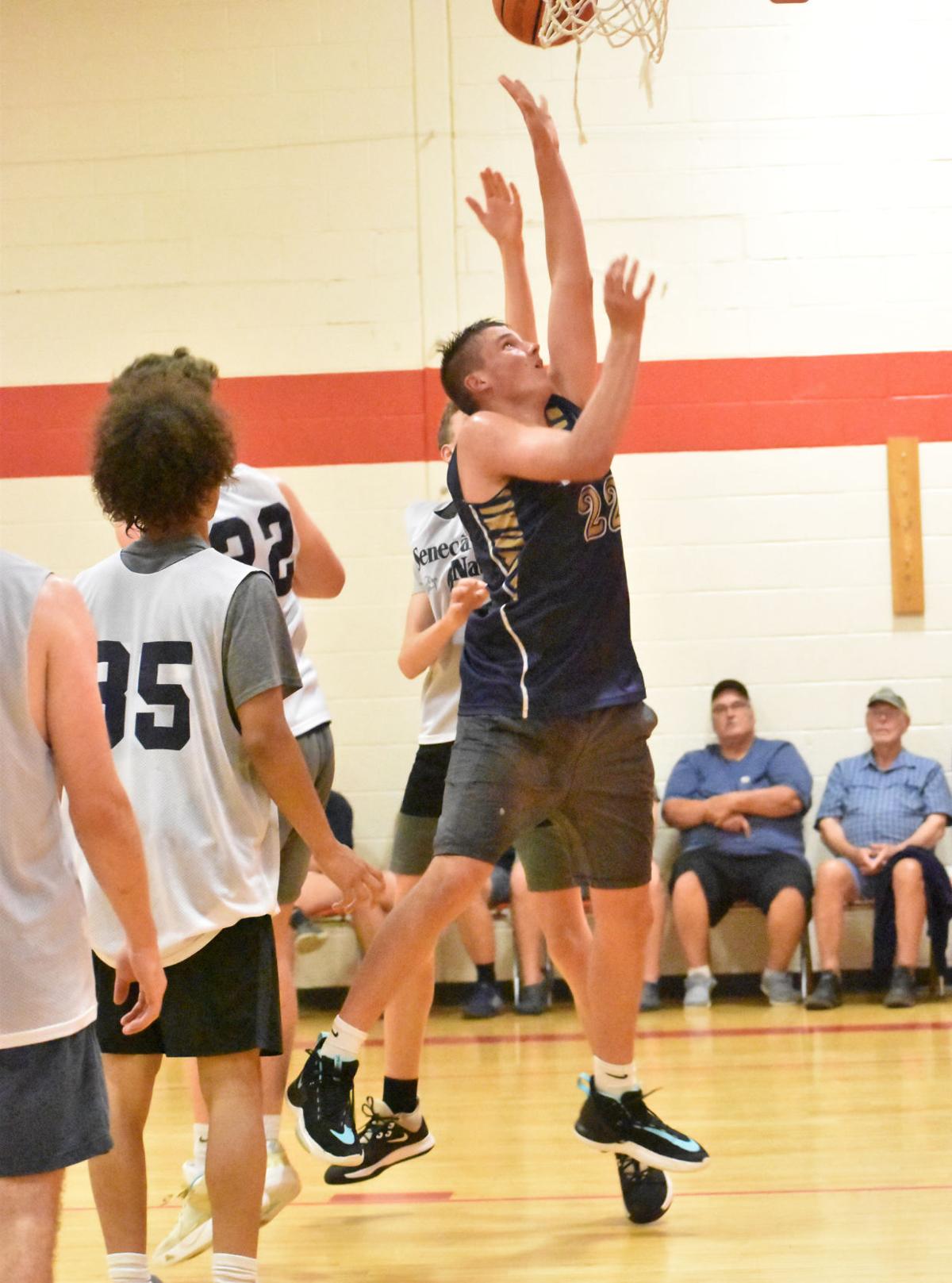 NP-Mansfield’s Eli Shaw pulls down a rebound during their loss to Watkins Glen on Wednesday, July 21.

Mansfield’s Sammy Lawrence throws a pass to a teammate during their loss to Watkins Glen on Wednesday, July 21.

WAVERLY — The North Penn-Mansfield basketball team’s Waverly Summer League season came to a close on Wednesday, July 21 as they fell to the eventual champion Watkins Glen in the first round of the playoffs by a score of 57-43.

The Mansfield team was able to control the game throughout the first half of play building a 22-20 lead, but Watkins Glen made some key adjustments in the second half to stifle the Mansfield team during the game.

Watkins Glen used a suffocating defense to build their lead and rarely allowed a clean catch anywhere on the floor, especially the post.

The Mansfield team had strong performances from Sammy Lawrence and Karson Dominick who handled a majority of the ball handling duties throughout the game.

Brody Burleigh was also effective when getting clean catches in the post, but the Watkins Glen team made a concerted effort to limit those in the second half that led to their eventual victory.

Mansfield ends the summer with a 6-5 record overall and a 0-1 record in the playoffs.

With an almost entirely new group set to start for the Mansfield team in 2021 it will be important for the young players to develop in live game situations against varsity competition heading into the season.