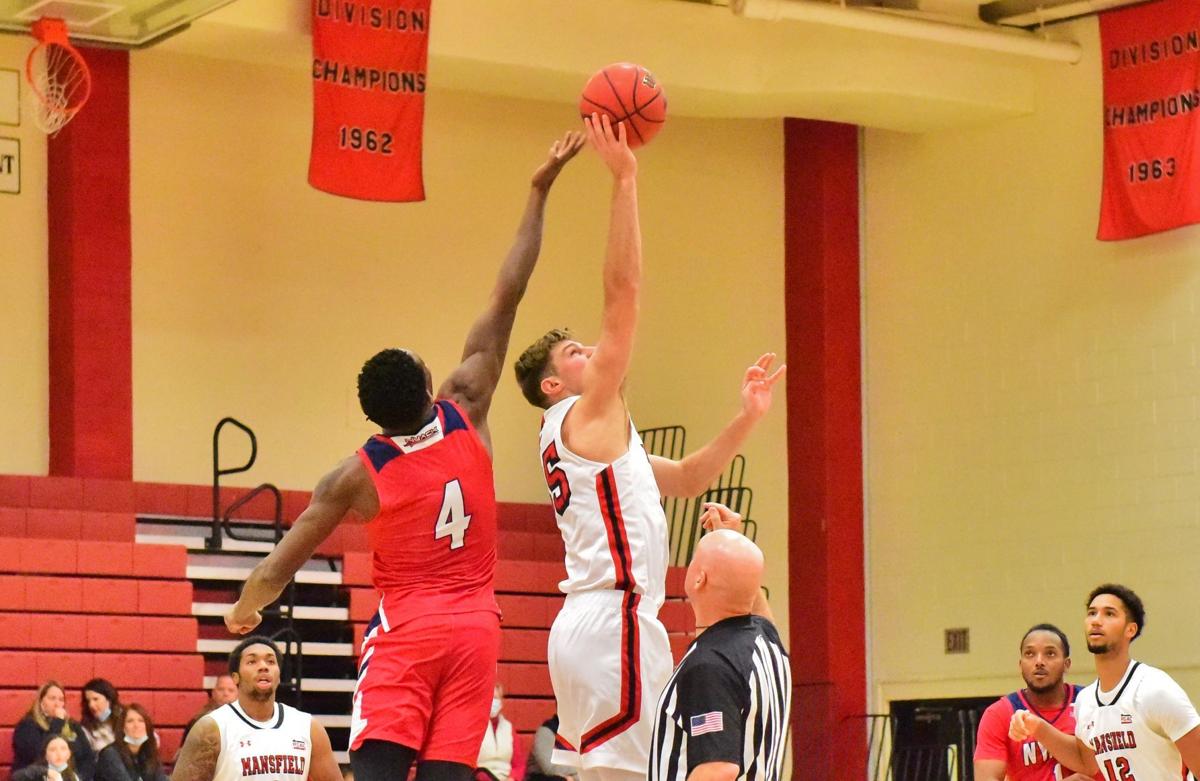 MU’s wins the opening tip-off during their loss to Nyack on Saturday, Nov. 20. 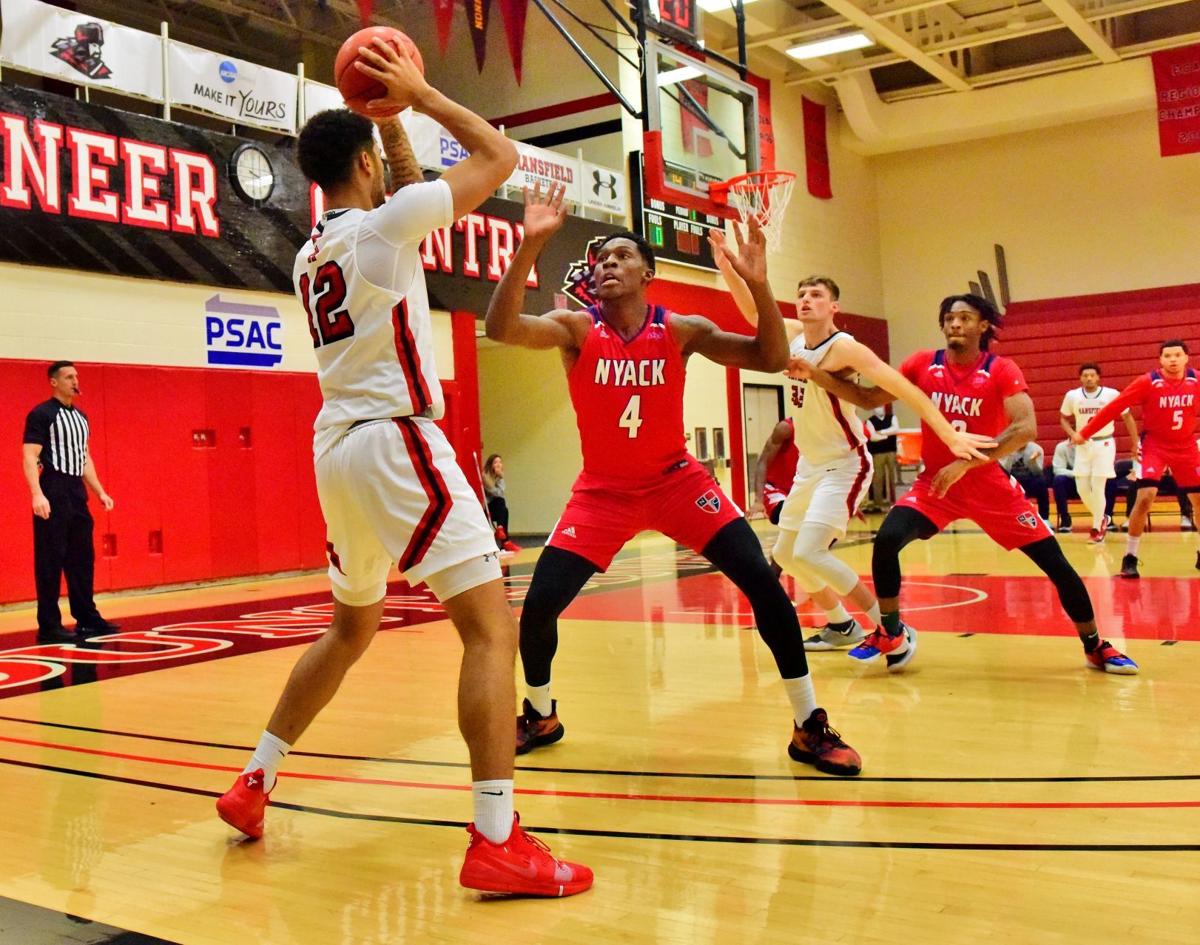 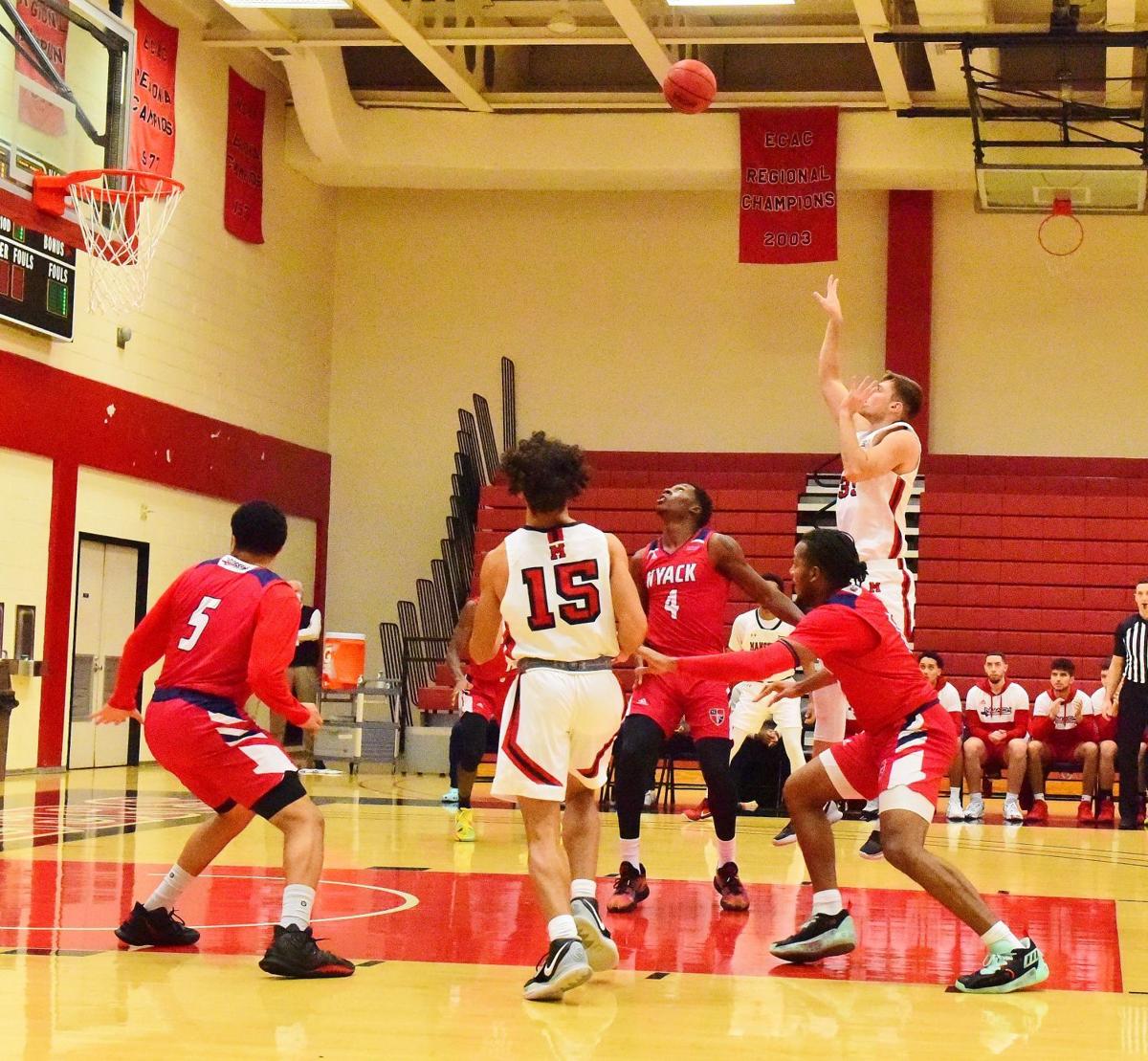 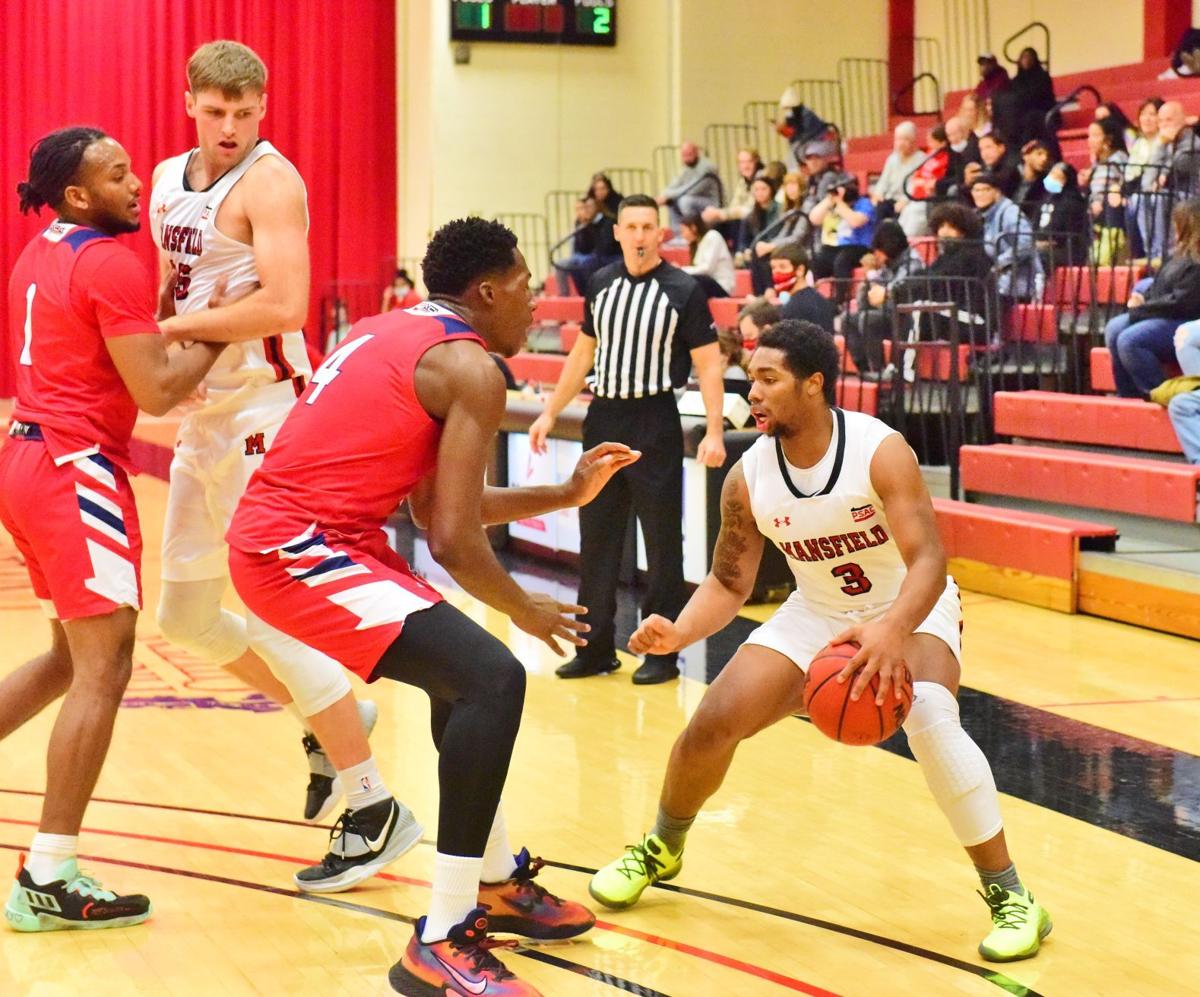 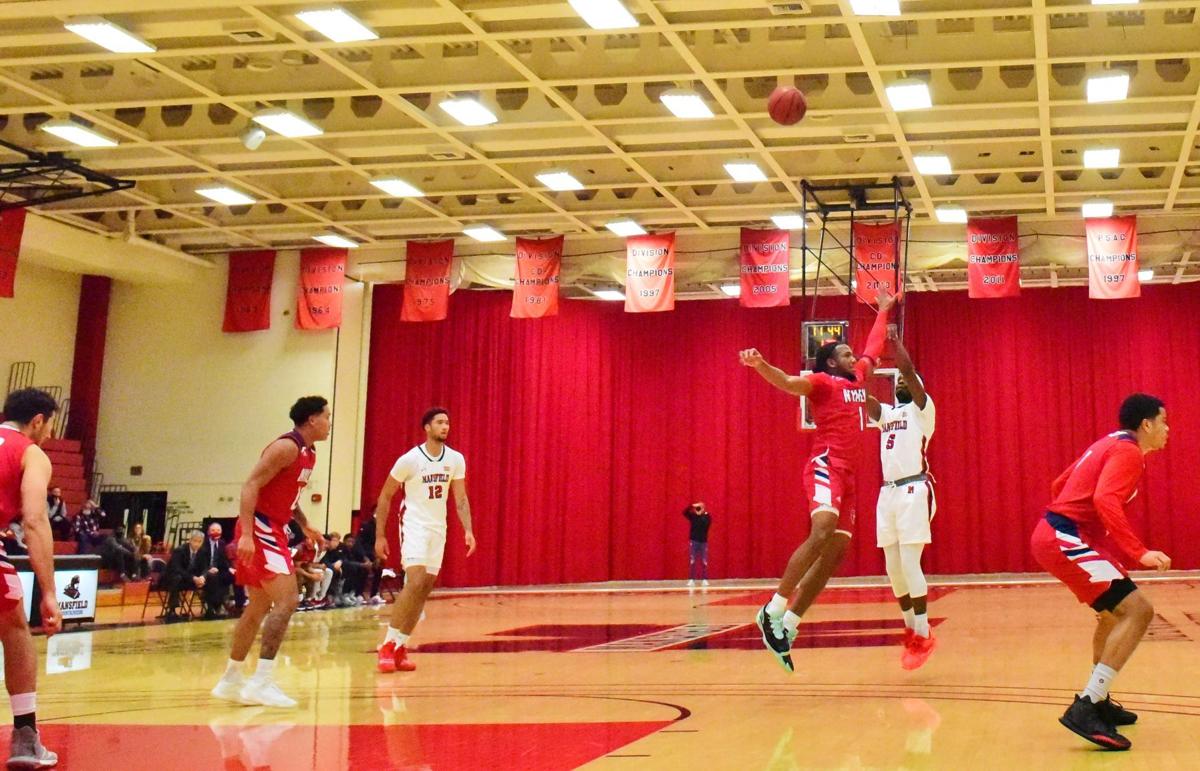 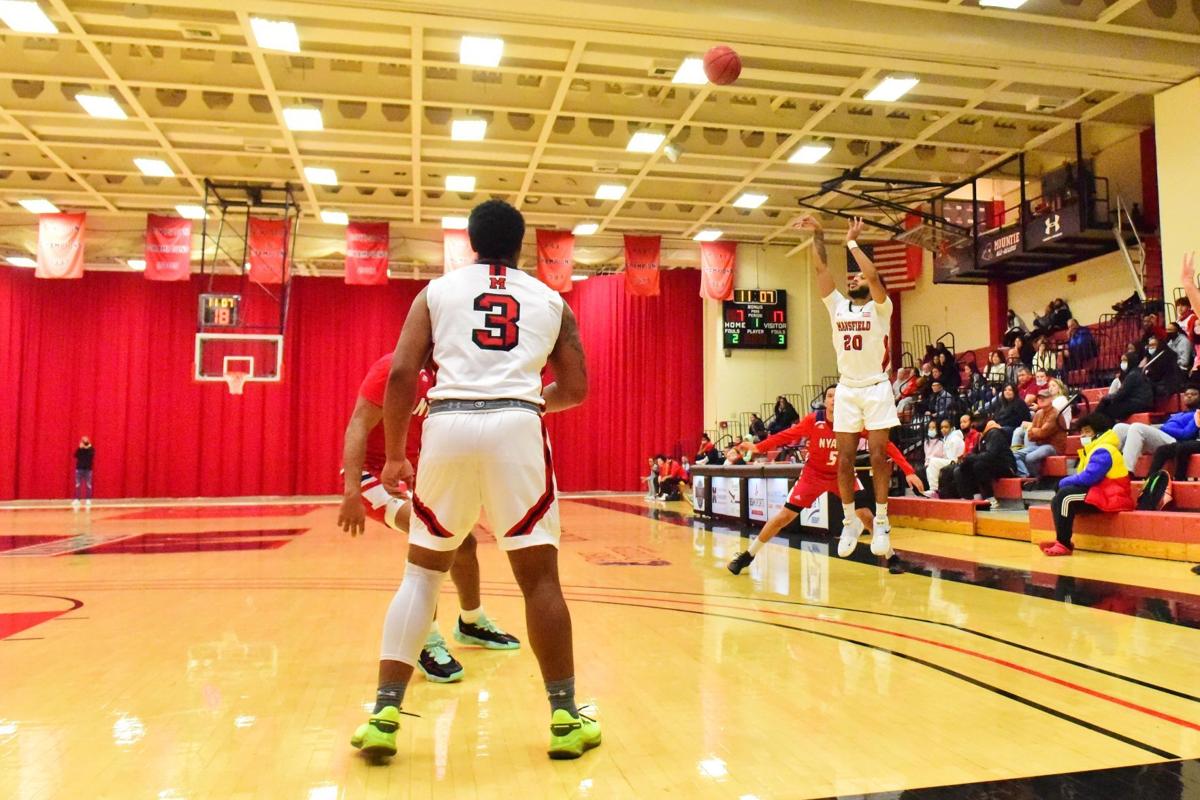 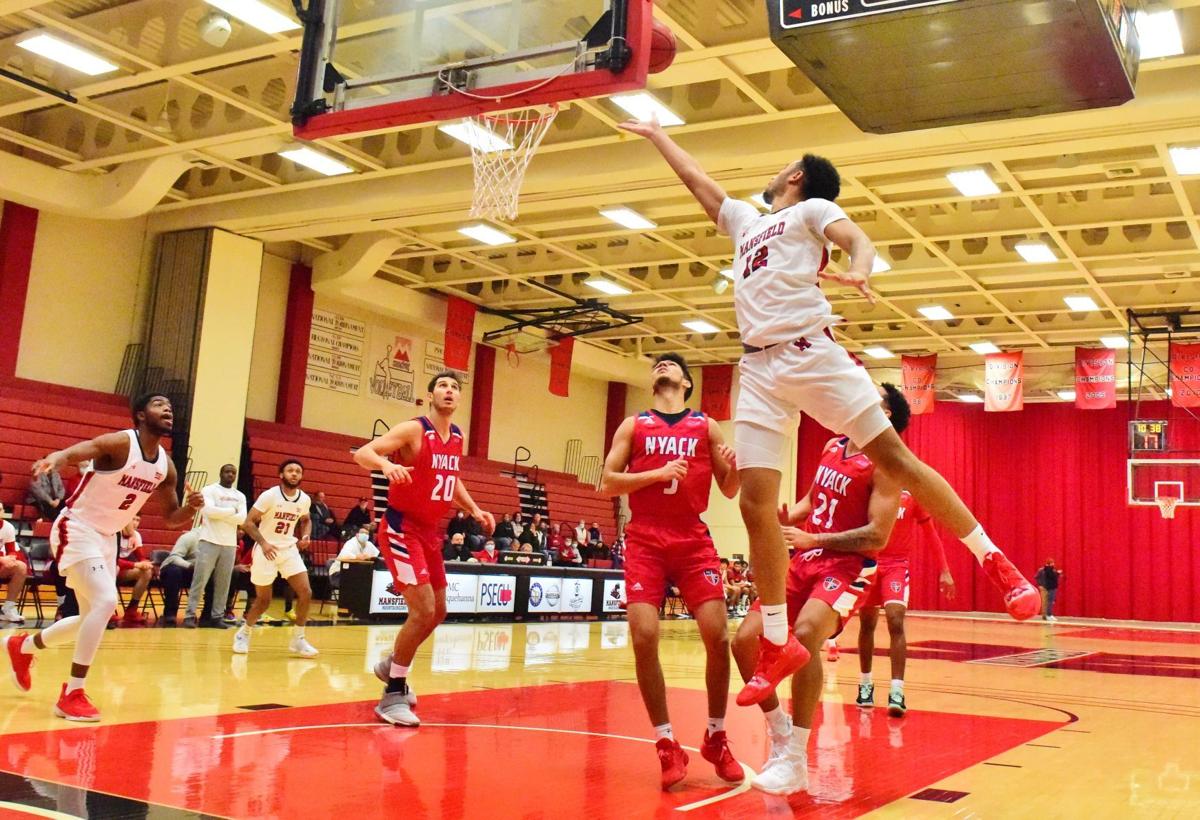 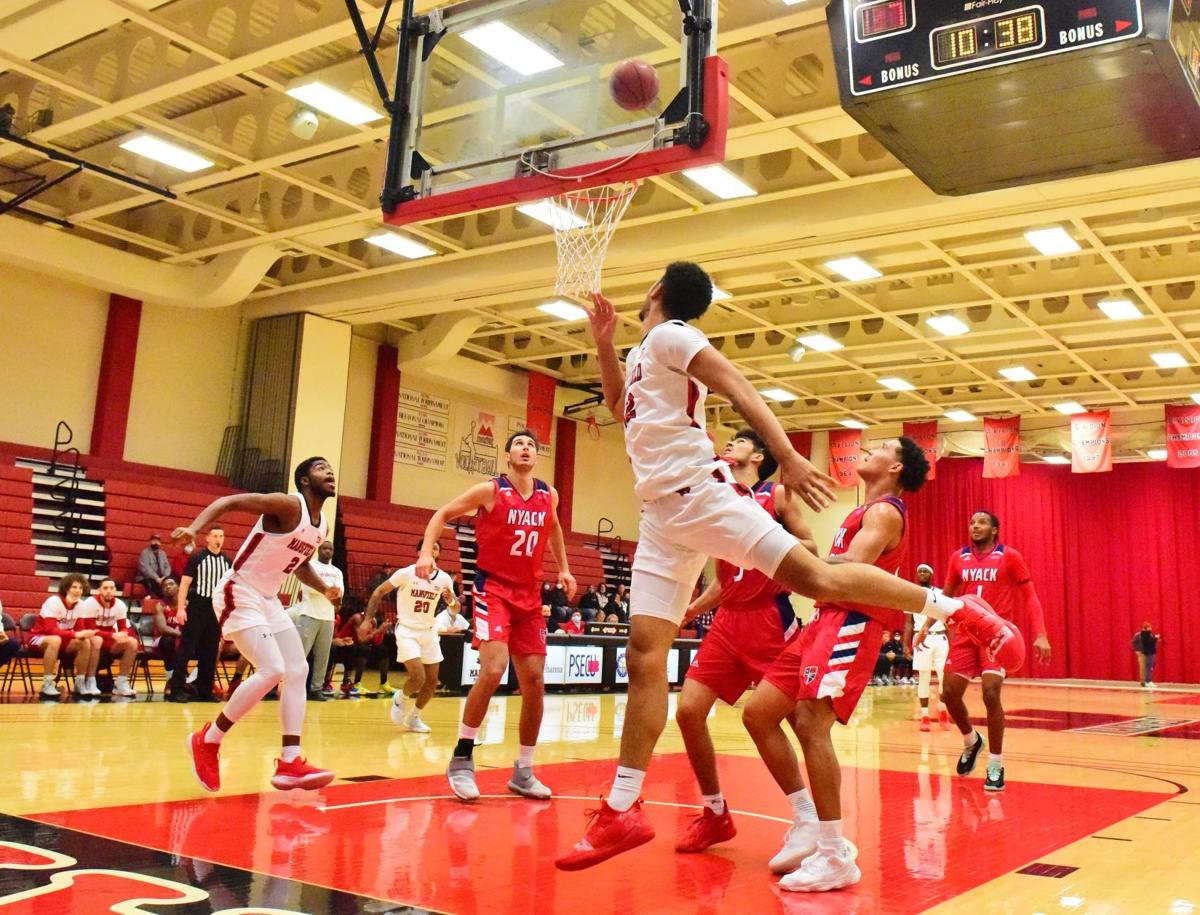 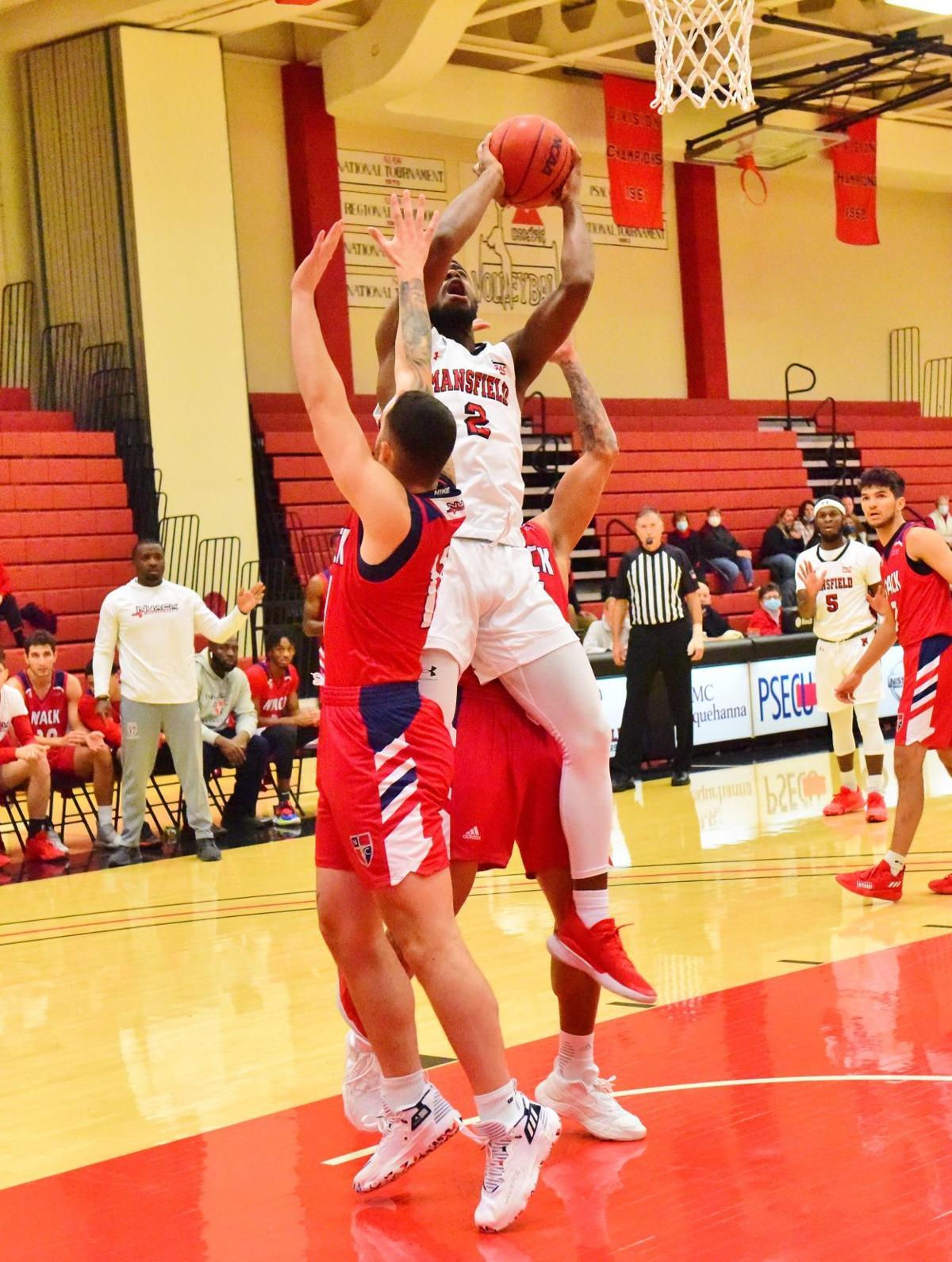 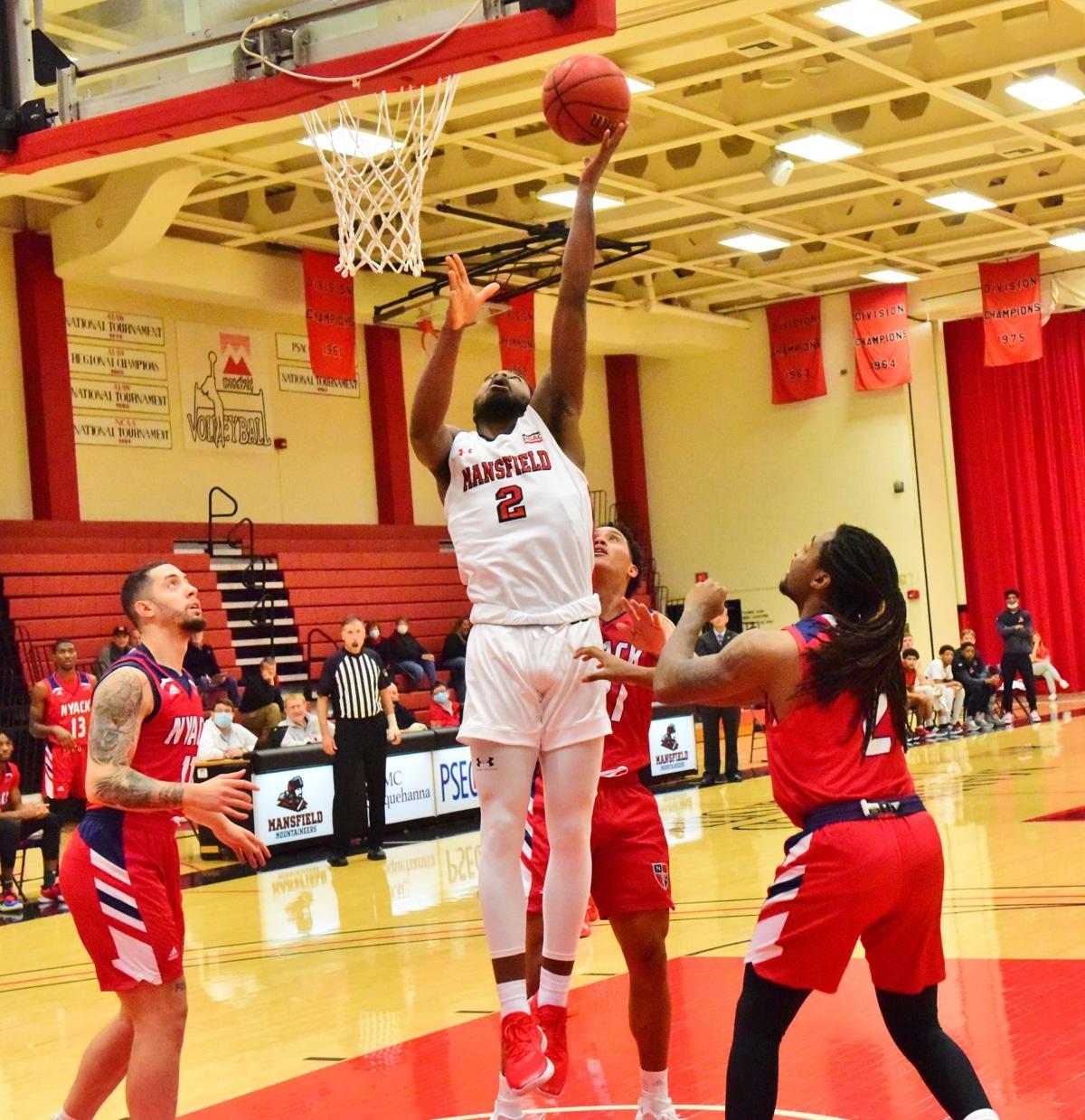 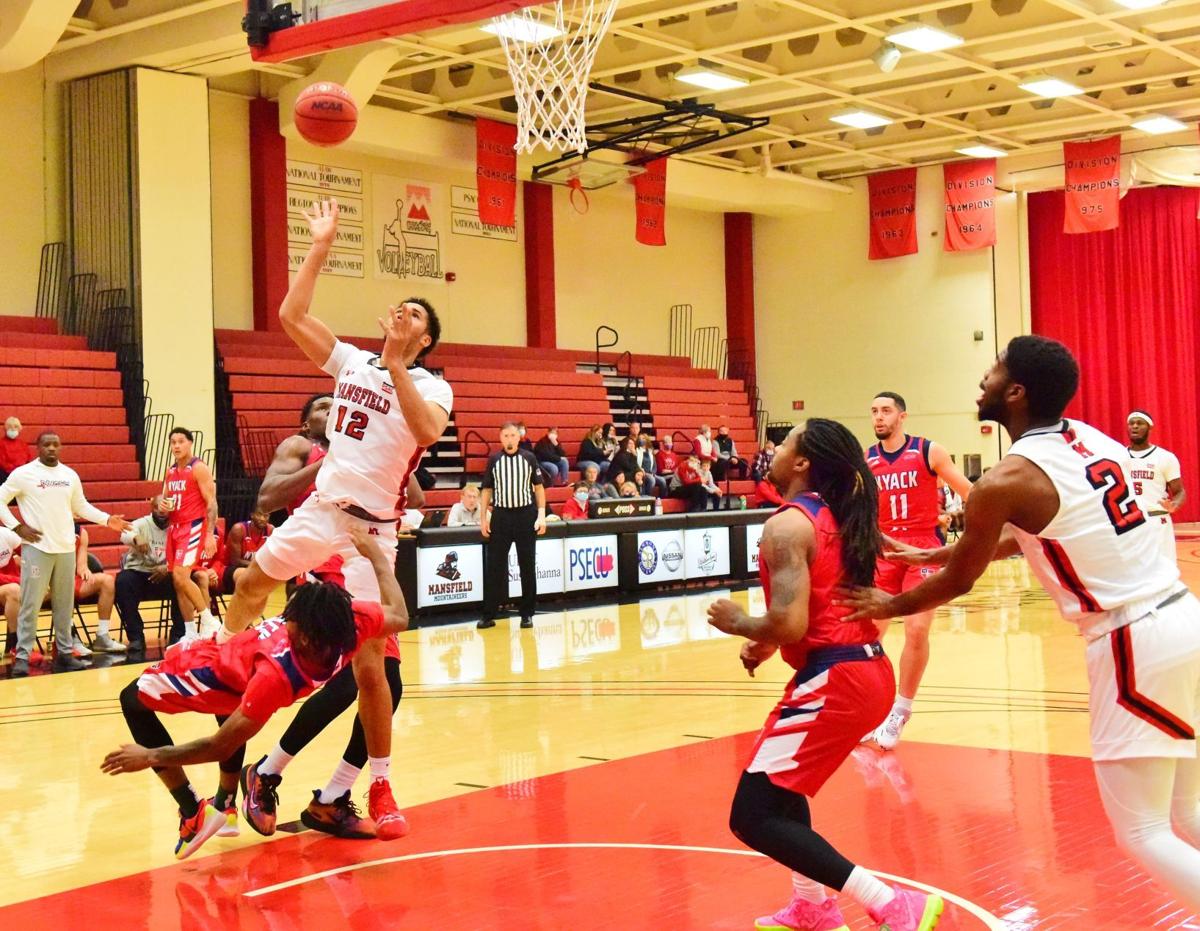 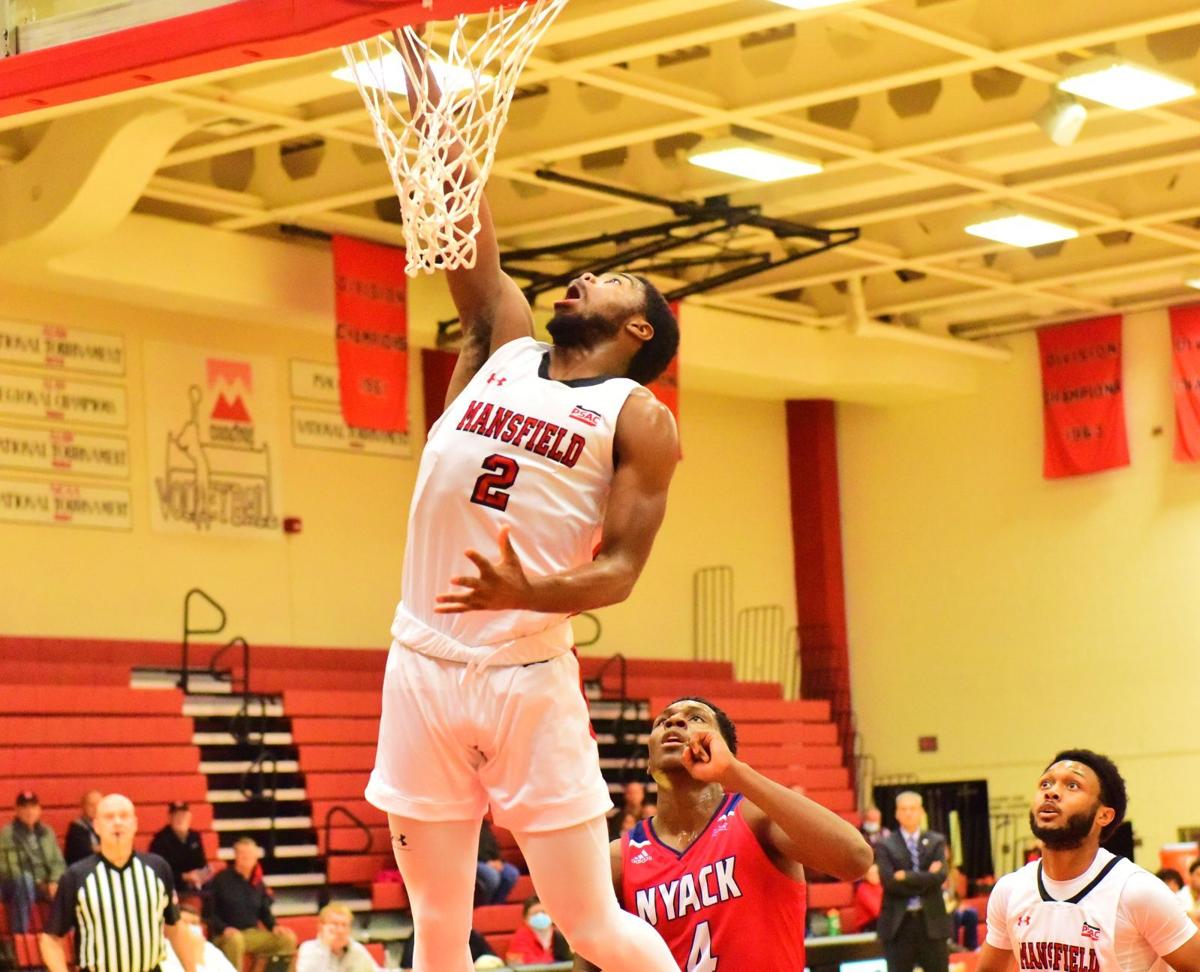 MU’s Manir Waller goes up for a dunk during their loss to Nyack College on Saturday, Nov. 20.

MU’s wins the opening tip-off during their loss to Nyack on Saturday, Nov. 20.

MU’s Manir Waller goes up for a dunk during their loss to Nyack College on Saturday, Nov. 20.

The Mansfield University men’s basketball team outscored Nyack in the second half led by 43 points from their bench, but the Warriors used a 12-point first half lead to escape Decker Gymnasium with an 85-74 non-conference victory on Saturday afternoon, Nov. 20.

Five different members of the Mountaineers’ (0-4 overall) second unit scored, led by a team-high 18 points from senior Eli Alvin and 12 points from freshman Graham Wooden. Alvin finished 7-of-14 from the floor and 3-of-3 at the line to power the Mountaineer offense. Wooden scored all of his points in the second half, while knocking down two trifectas and running the offense with poise in his freshman debut.

Freshman Jason Thomas knocked down a pair of 3-pointers, freshman Manir Waller pulled in nine rebounds, sophomore Jordan Montgomery hauled in seven boards and dished out four assists. Freshman Idris Ali scored all ten of his points in the second half to also help ignite the comeback, while Scott Woodring had a productive night in the paint, finishing with 12 points, seven rebounds and two blocks.

The Warriors (2-2 overall) nearly shot 50 percent from the floor (34-of-69) and knocked down seven shots from behind the arch, while the Mountaineers went cold from downtown (5-of-27) and left nine points on the board from the charity stripe.

In the first half, the Warriors shot 53 percent (18-of-34) from the field, while outscoring MU 28-20 in the paint and leading by nine fast break points to build a 41-29 lead heading into the break.

Woodring scored the first basket of the second half to cut the deficit to 10, but the Warriors countered with a 10-0 run to extend their lead to 51-31 at the 16:39 mark. The Mounties second unit continued to battle and didn’t allow Nyack to grow their lead further before ending the game on a 13-4 run to round out the scoring.

The Mounties take a quick break for Thanksgiving before hitting the road on Monday, Nov. 29 when they travel to non-conference foe Frostburg State University for a 7 p.m. tip-off.

Sun and clouds mixed. A few flurries or snow showers possible. High near 35F. Winds NW at 5 to 10 mph.

Mainly cloudy with snow showers around in the morning. High 36F. Winds SW at 5 to 10 mph. Chance of snow 60%. Snow accumulations less than one inch.