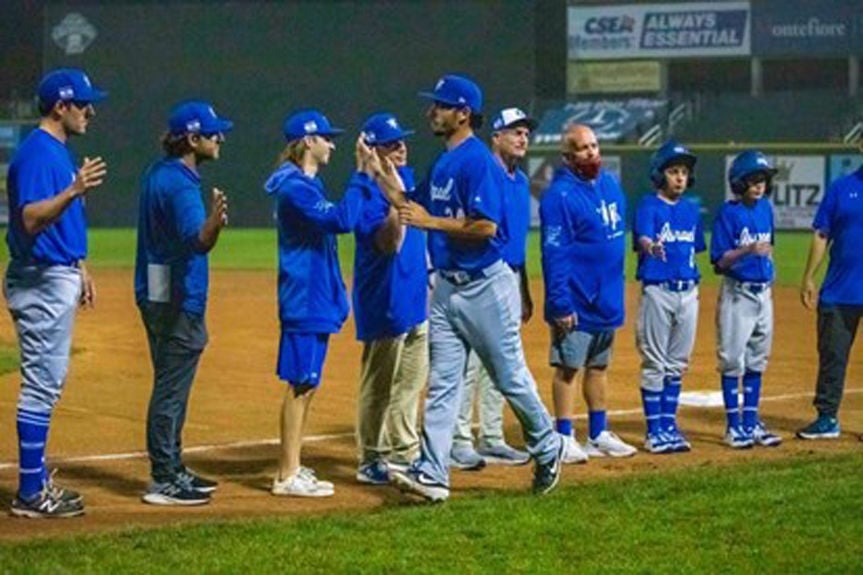 Mansfield’s Assaf Lowengart to compete in the 2021 Tokyo Olympics for the Israel team. 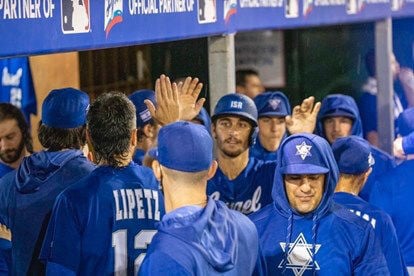 Mansfield’s Assaf Lowengart to compete in the 2021 Tokyo Olympics for the Israel team.

When the grueling schedule of a collegiate baseball season comes to an end, athletes either head home to train or join a summer ball team.

However, for standout Mansfield University baseball junior Assaf Lowengart, the 2021 summer would be different.

Fresh off a pair of home runs to end the season in a series with Shepherd University, Lowengart was set to embark on an athletic dream that only a select few individuals in the world ever partake in. Lowengart, a native of Timorium, Israel, was heading home with the opportunity to represent his country in the 2021 Olympics in Tokyo, Japan.

To elevate this moment even further, baseball is returning to the Summer Olympics for the first time since 2008. Governed by the World Baseball/Softball Confederation, baseball debuted at the 1904 Summer Olympics, but only counted as an official competition from 1992 to 2008.

Growing up as a basketball and soccer player, baseball was no longer an Olympic Sport when Lowengart started competing.

Even then, making the National Team and eventually securing a spot in the Olympic Games had not entered Lowengart’s mind as Israel had never been victorious in their European bracket.

Odds were stacked against Israel, who had not had a team-sport represented in the Summer Olympics since 1976.

However, with the help of former MLB All-Star Ian Kinsler and other Jewish Americans, the club was able to reach new heights during the summer of 2017.

Israel entered the 2017 World Baseball Classic ranked 41st in the world, but after a sixth-place finish at the tournament jumped up to 19th.

Building off the momentum from the 2017 summer, Team Israel won the European “B” pool in July 2019, beating out Russia, Ireland, Greece, Bulgaria and Serbia. They followed with a series win over Lithuania to head to the European Championships, where they would need to finish in the Top-5 to qualify for the 2020 Olympics. With wins over Netherlands, Italy, Spain, and South Africa, Team Israel was headed to Tokyo.

“When I started playing baseball it was no longer in the Olympics, so I didn’t even know baseball was an Olympic sport until two-three years ago,” Lowengart commented on his journey. “Whenever people ask me if it’s a dream come true, I say no, it’s even better.”

Previously set to take place in 2020, the Olympics were postponed due to COVID-19.

The 2021 Olympic Baseball games are set to begin on Aug. 1. Each team will play members of their group and will be ranked based on win/lose record. In 2020, Israel was set to be placed in “Group B”, along with the United States and Korea.

When Lowengart met with third-year Mountaineer Baseball Head Coach Andrew Chalot this fall, he stated his goal of being named to the Israel National Team.

Just as the junior helped the Mountaineers shatter their team goals this spring, Lowengart did the same for himself as he was named to the 24-man Israel National Team earlier this summer.

“I’m really excited for Assaf,” Chalot stated. “I know from conversations we had during the past year, making Team Israel was really important to him and one of the reasons why he came to the States to play baseball. It’s awesome to see him accomplish his dreams and we are really proud of him and can’t wait to watch him in Tokyo.”

Although Lowengart played his entire first season with the Mounties at shortstop, the returning junior showcased his athleticism throughout the Israel selection camp and is listed as an outfielder.

One of the top power threats in the entire Pennsylvania State Athletic Conference (PSAC), Lowengart started in all 36 games, finishing the season batting .290 (31-for-107) with 22 runs, five doubles, 11 homers and 26 RBI. Lowengart ranked 16th in the PSAC with a .645 slugging percentage, while his 11 homers finished fifth.

“The season at Mansfield helped me prepare for the Olympics as I was able to play every game and face good competition in the PSAC,” Lowengart on his season with Mansfield. “I do believe I am still developing and this whole experience will help me become a better baseball player.”

A few clouds. A stray shower or thunderstorm is possible. Low 61F. Winds light and variable.

A few clouds. A stray shower or thunderstorm is possible. Low 61F. Winds light and variable.

A shower or two possible early with partly cloudy skies in the afternoon. High 77F. Winds N at 5 to 10 mph. Chance of rain 30%.