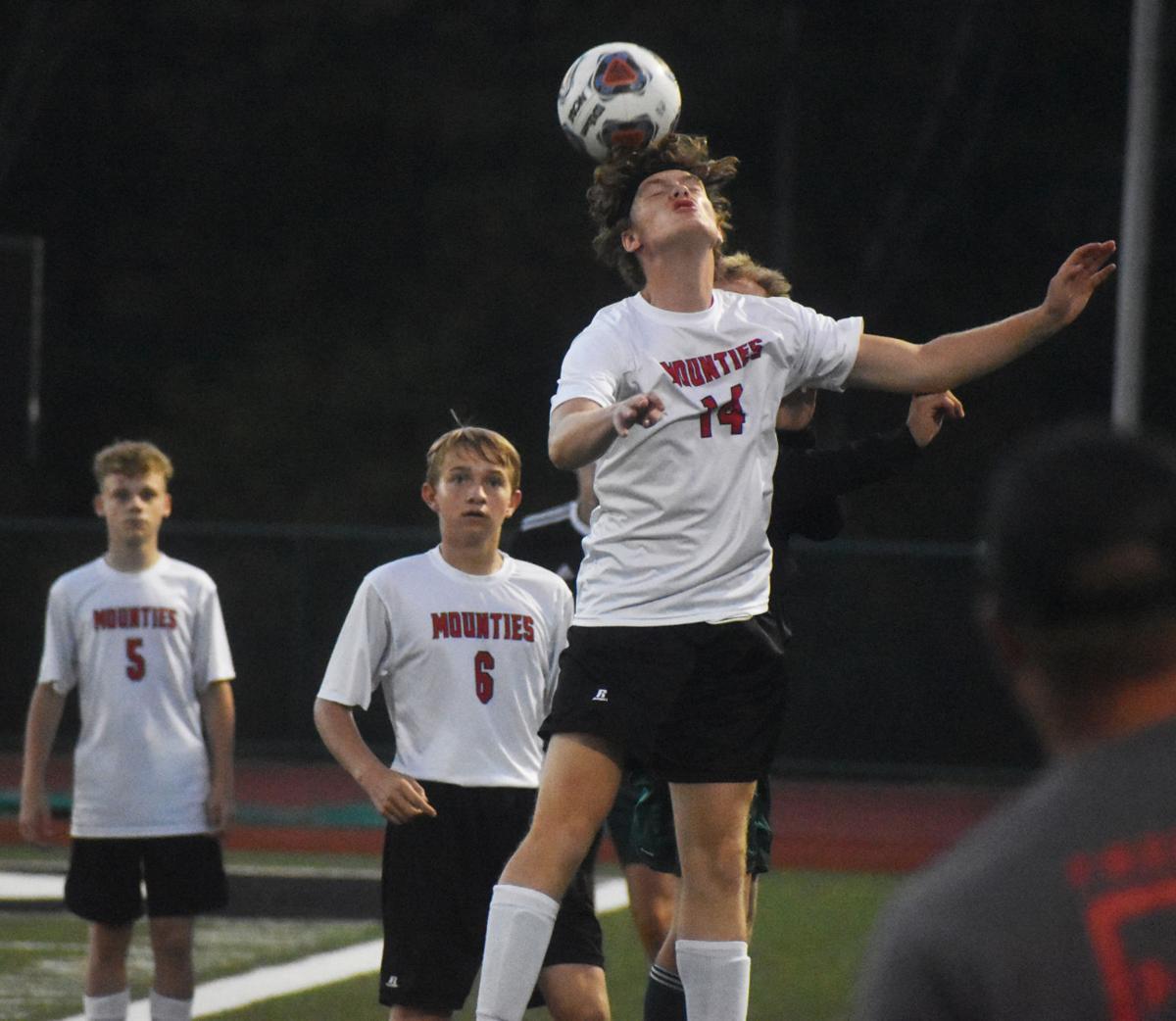 NP-Liberty’s Jackson Brion heads the ball during their loss to Wellsboro on Wednesday, Oct. 6. 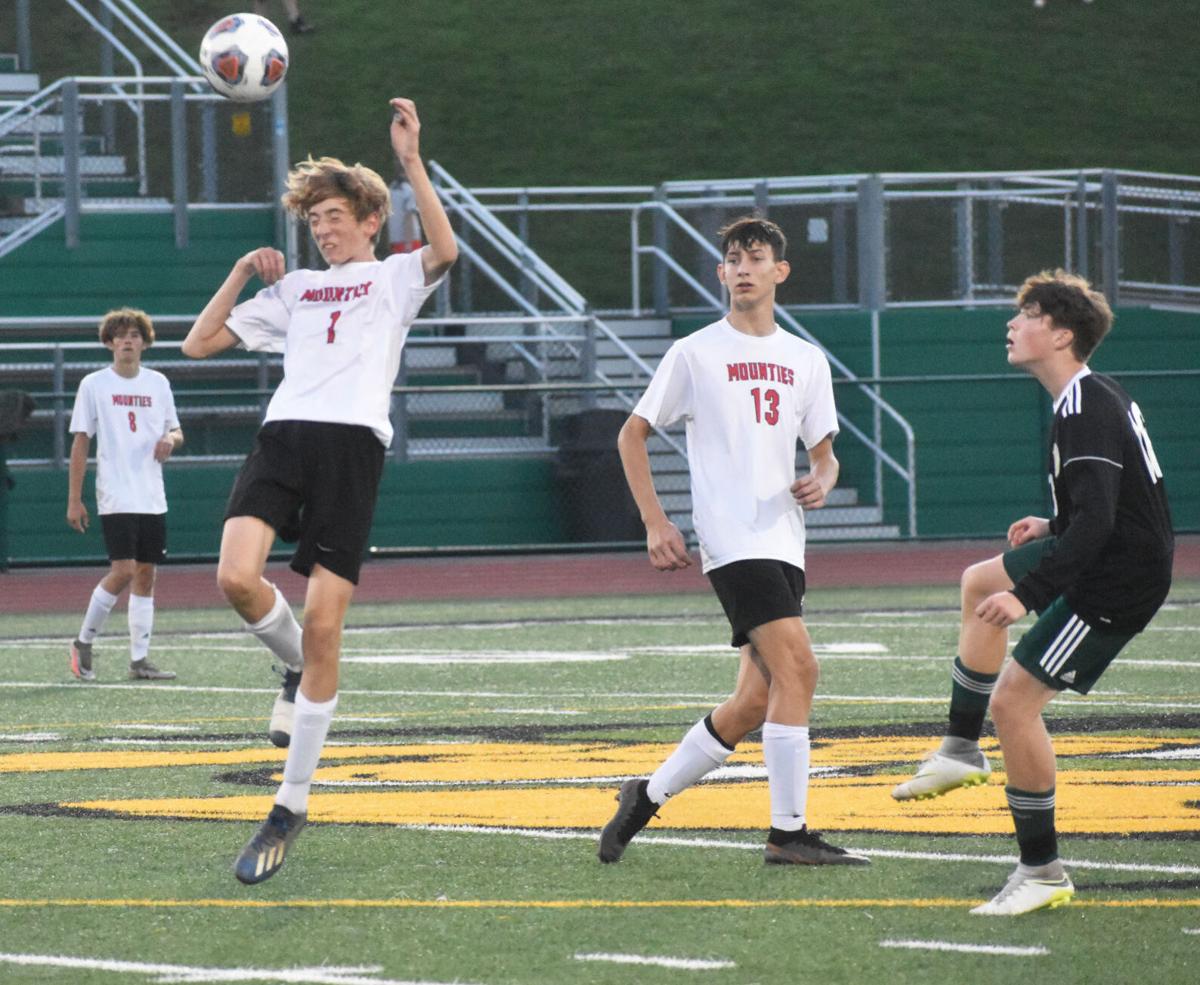 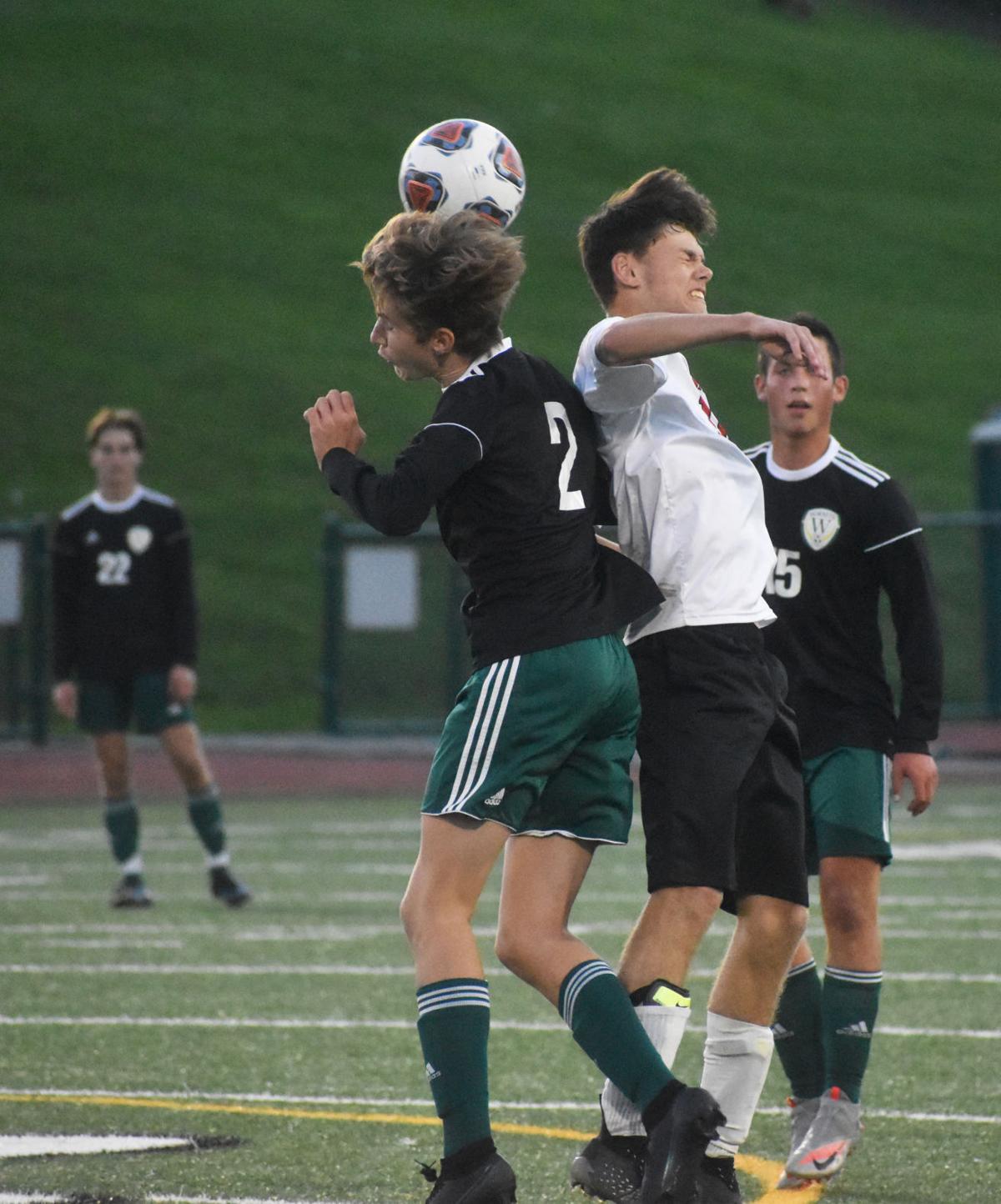 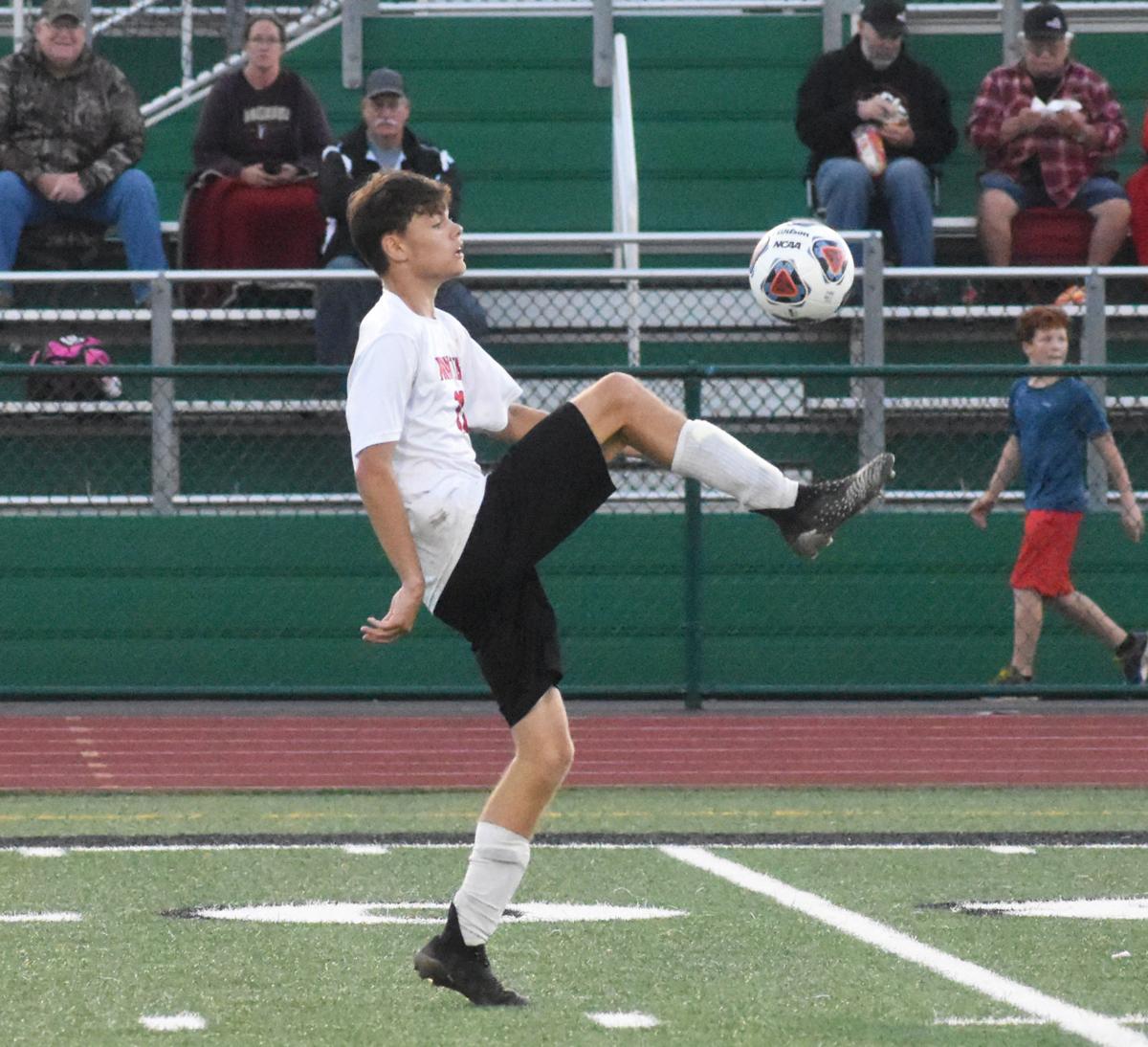 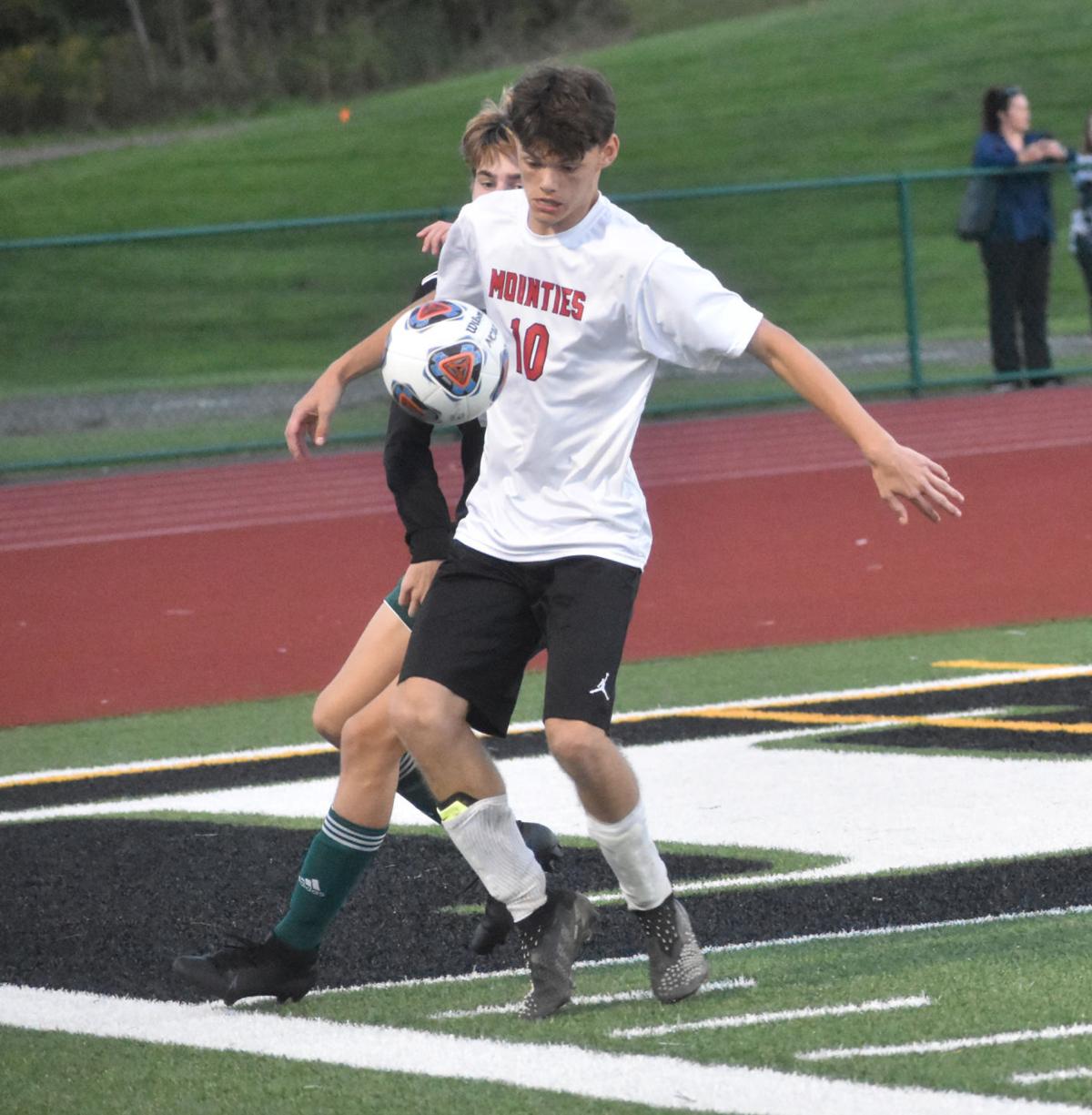 NP-Liberty’s Jackson Brion heads the ball during their loss to Wellsboro on Wednesday, Oct. 6.

In their first action of the week, Liberty took on rival Wellsboro, and despite playing an extremely solid first half, only trailing 1-0, but Wellsboro would find their rhythm in the second as they scored four goals to hand Liberty the loss.

In the goal, Daniel Harman put together a fine performance and despite giving up five goals made some extremely impressive saves against a potent offensive team in the Wellsboro Hornets.

In their next contest of the week, Liberty traveled to Towanda on Saturday, Oct. 9 for a 10 a.m. contest where they were able to pick up a slim 5-4 win.

Liberty came out of the gates firing, scoring four first-half goals, and allowing none to Towanda to head into the half with a convincing lead.

But Towanda would flip the script, scoring four second-half goals, but Liberty would get one when it mattered most and were able to survive a second-half flurry from Towanda to grab the win.

In the first half, Joe Brady would get the first goal of the contest on an assist from Jackson Brion to give Liberty their first advantage of 1-0 in the first two minutes of play.

Brady would get another goal to fall just ten minutes later, this time assisted by Derek Litzelman, and Liberty would go up 2-0 in the first 14 minutes of play.

Brion would get a goal of his own in the 21st minute as Litzelman recorded his second assist and Litzelman would finish off the first-half scoring with a goal of his own as Brady returned the favor with the assist to push the lead to 4-0 heading into the break.

Towanda would score three goals in the first half of the period, with Jack Wheaton, Talen Irish and Logan Lambert all putting one goal in, but Liberty's Brady would finish off his career day with a hat trick and goal with 20:13 remaining that proved to be the difference in the game.

Towanda would get one more goal from Lambert in the final 10 minutes, but Liberty held on for a much-needed win over the Black Knights by a count of 5-4.

Liberty was able to use a shooting on goal advantage of 14-8 to pick up the win and grab their sixth victory of the 2021-2022 season.

In their next contest, Liberty hosted Montgomery on Monday, Oct. 11 where they were held scoreless and fell by a score of 2-0.

Montgomery received two goals from Gabe Mcnear to pick up the win against the Liberty squad.

In their final action of the week, Liberty hosted Troy in Mansfield and...

Mostly cloudy skies early will become partly cloudy later in the day. Slight chance of a rain shower. High near 50F. Winds NW at 10 to 20 mph.